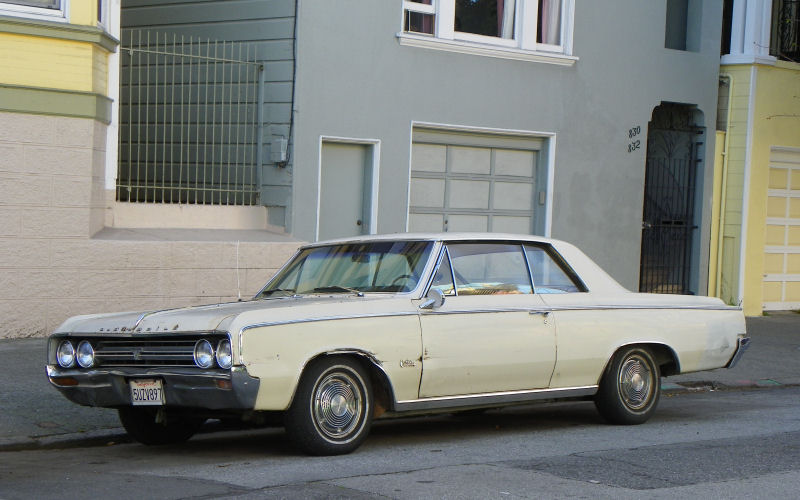 It's easy to note that throughout American automotive history, most buyers have favored bigger cars. Value used to be determined by how much sheetmetal you got for your dollar. Cars were advertised based on how much longer, wider and heavier they were than the competition. So you got cars like this 1964 Oldsmobile F-85 Cutlass, an "intermediate" that's the same length as a new, full-size 2011 Ford Taurus. It was bigger than earlier Cutlasses, and more powerful to compete with midsize cars like Ford's Fairlane. 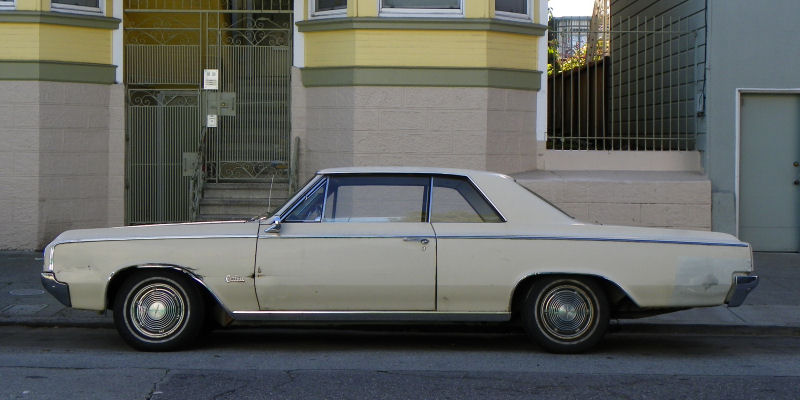 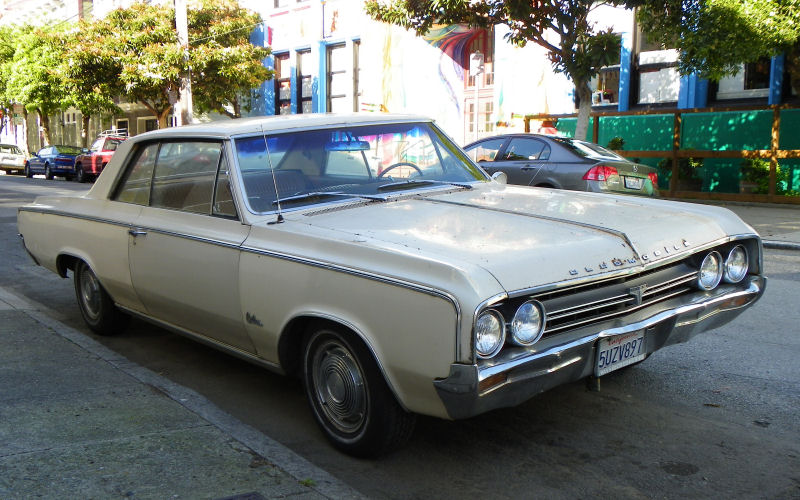 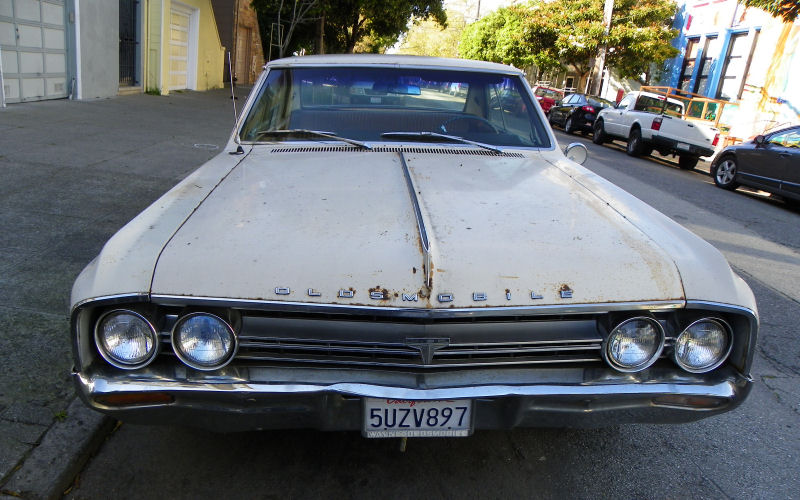 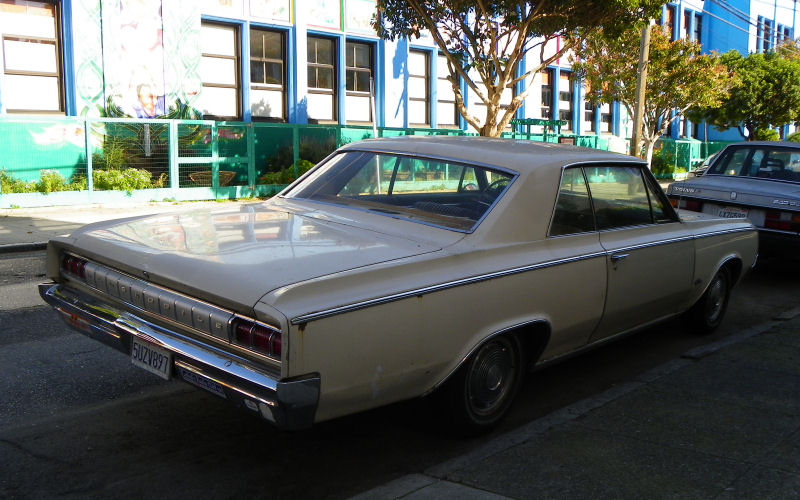 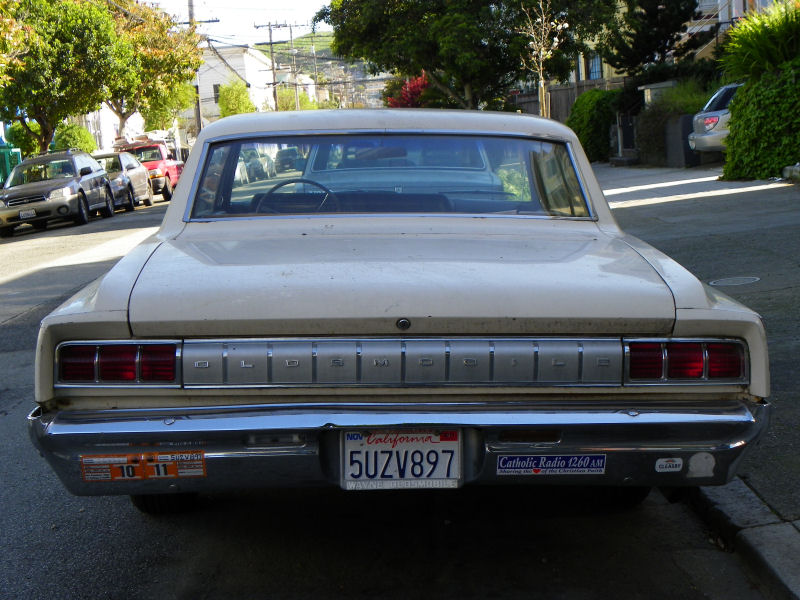 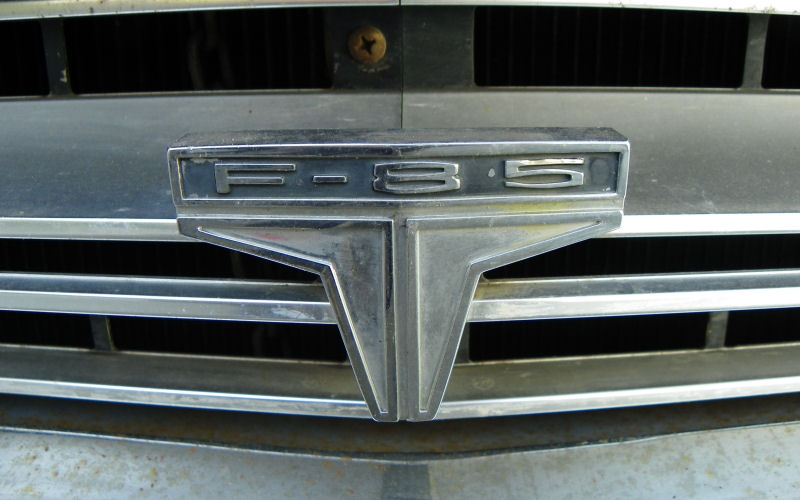 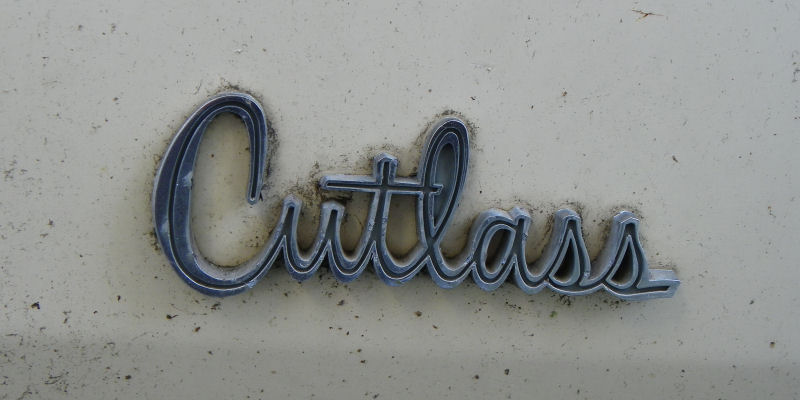 Prior to 1960 if you wanted a compact car in the US you probably bought a Volkswagen. Or maybe one of the first imported Toyotas or one of the little European sports cars the servicemen were bringing home from the Continent. Then in the late '50s the American companies discovered that not everyone wanted (or could afford) a chrome laviathan for grocery shopping. Imported cars had gained an irreversible foothold in the US market and Detroit wanted to maintain their market share. GM's initial answer was the 1960 Corvair. Then in 1961, a trio of models slotting one rung higher in the hierarchy debuted. One of these was the Olds F-85, riding on the coattails of the jet age with its fighter-inspired name. The two-door sport coupe model, for whatever reason, was called the Cutlass and the name stuck.
The Cutlass in the early '60s was surprisingly advanced. It employed unibody construction and, from 1962-63, could be had with a turbocharged aluminum V8.
Sadly, as GM is prone to do, the car seems to have been a little underdeveloped and customers weren't ready to pay the price premium for the turbo, so for '64 it was back to a conventional perimeter frame and naturally aspirated engines. Kind of makes you wonder what could have been, had they continued development until the technology was more reliable and the costs came down. The latter half of the '60s, of course, would prove to be a very interesting time for the Cutlass with the introduction and development of the 4-4-2 and Hurst models.
This car is one of three '64 Cutlasses I've seen in San Francisco. It's a somewhat rough example, a daily driver in an inhospitable urban environment. Being a plain-jane Cutlass it likely has the standard Buick-built 225ci V6 or a 330ci V8, and a two-speed automatic transmission. Less of a muscle car than Grandma's grocery getter, I doubt many people give it a second glance when they head down the quiet side street where it lives. The Catholic Radio bumper sticker all but seals the deal on its sedate nature. Of course, it would be hilarious if the owner was hiding something massive and powerful under the hood with a custom suspension set up for maximum grip and braking, all hidden under that Bondo'd body and behind those stock wheel covers. But probably not.
Posted by Jay Wollenweber at 3:58 AM