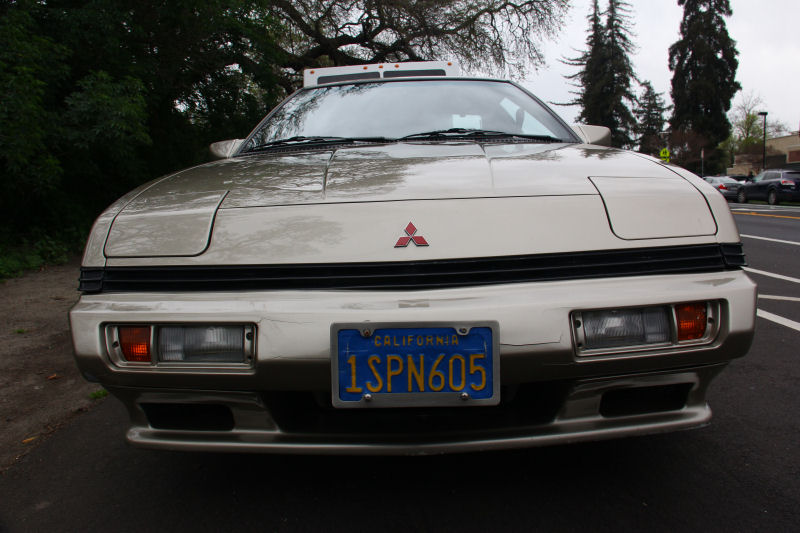 This week we're looking at cars from the 1980s that are uniquely a product of their time. What says '80s more than anything? TURBO.

This is a 1987 Mitsubishi Starion TURBO. It has TURBO SEAT BELTS. 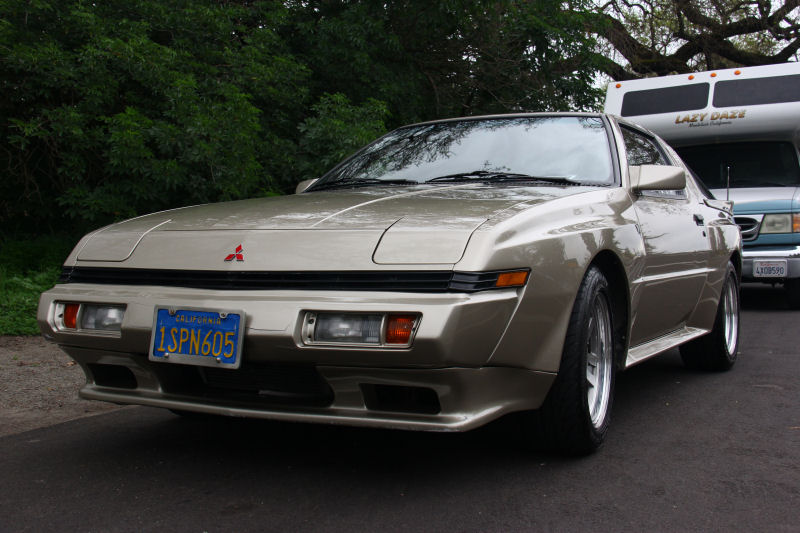 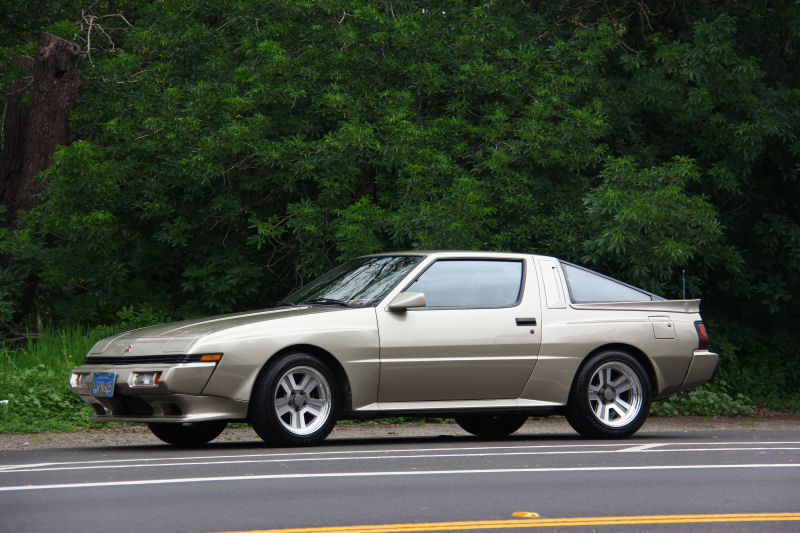 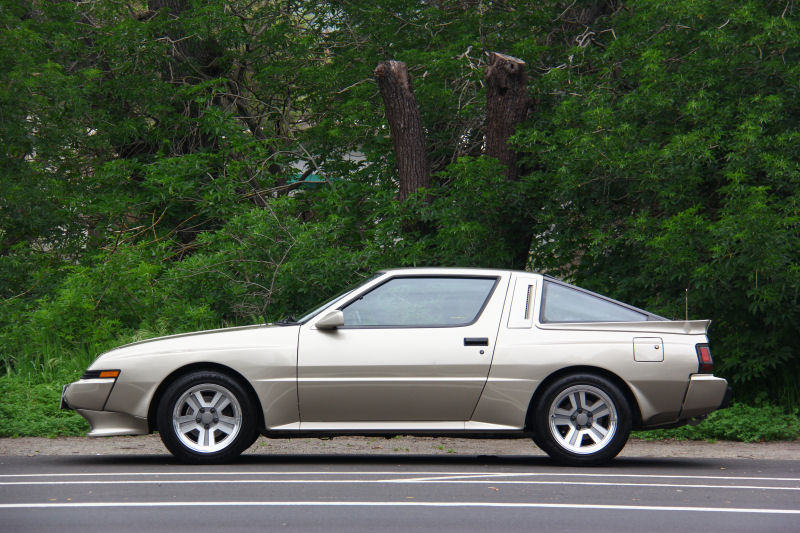 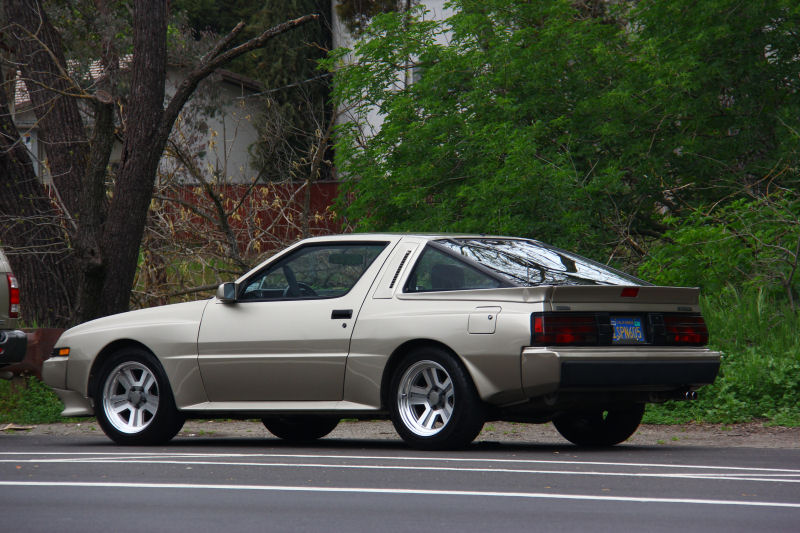 Sports cars from the '80s are just fun. They're usually angular, wedge shaped, often with flip-up headlights and spoilers aplenty. And if it's turbocharged, you better bet that it has a huge callout TURBO badge or sticker somewhere on the body. This Starion ticks all those boxes. And I love it. 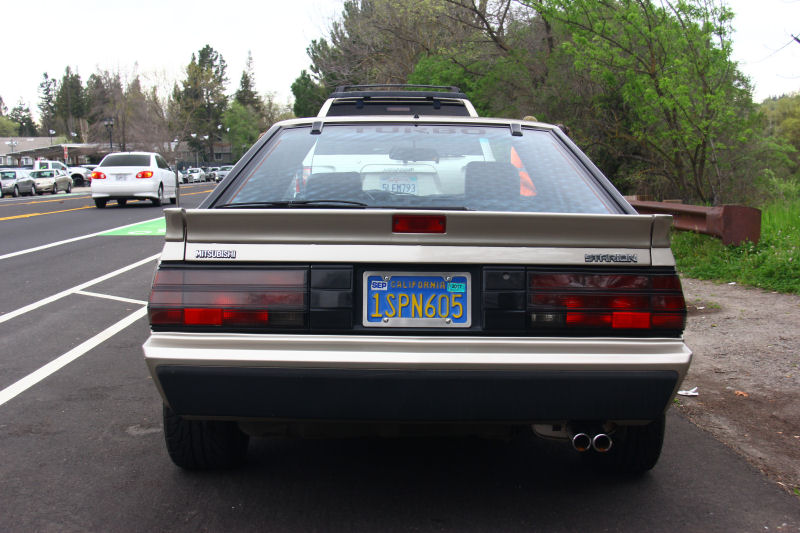 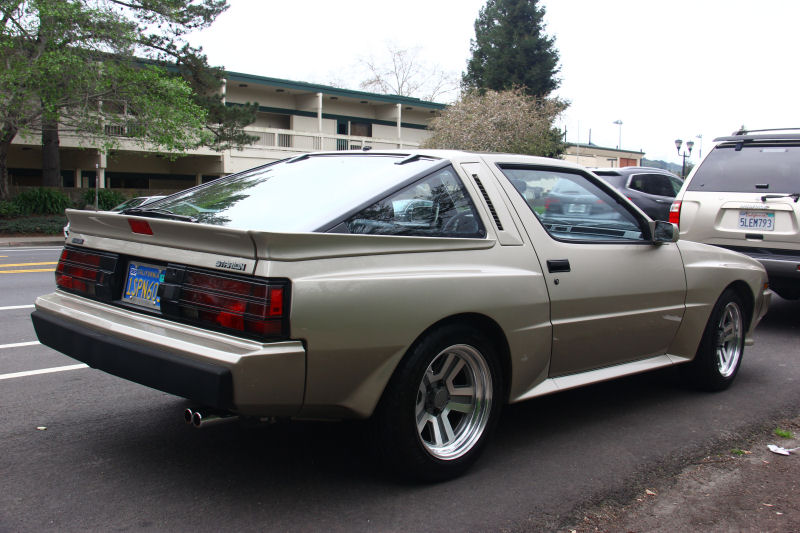 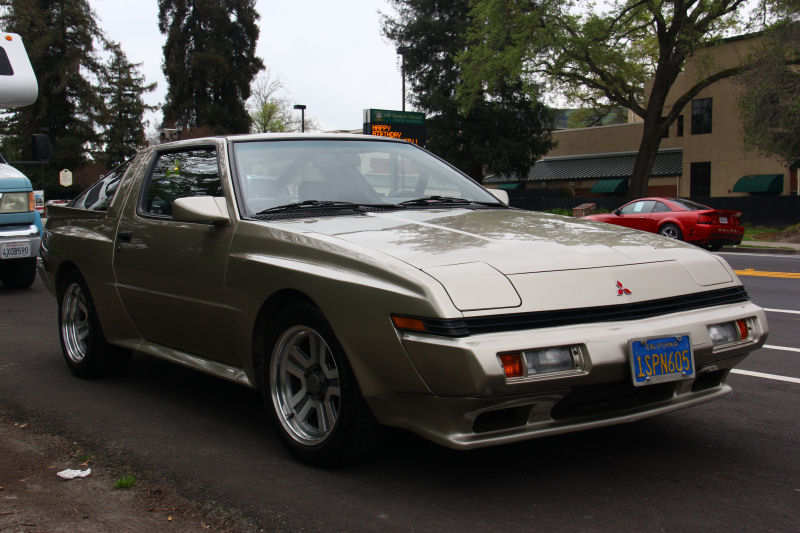 One of the first things that drew me to this car is the color. Most Starions and their captive import identical twins (the Dodge/Plymouth/Chrysler Conquest) seem to be red. This one is beige. But it's not a repaint and it's apparently not beige. Because according to the color options for 1987, I think this is Palermo Gray. There is another shade called Shetland Beige, which mysteriously is more gray than Palermo Gray is beige. And Palermo Gray is a rare color. Starions were sold in two variants, a narrow and wide body. Intercooled turbo cars received the widebody with flared fenders. The narrowbody version logically was the lower spec, lower performance model. We've previously looked at one of those here, so now is the chance for its big brother to shine. 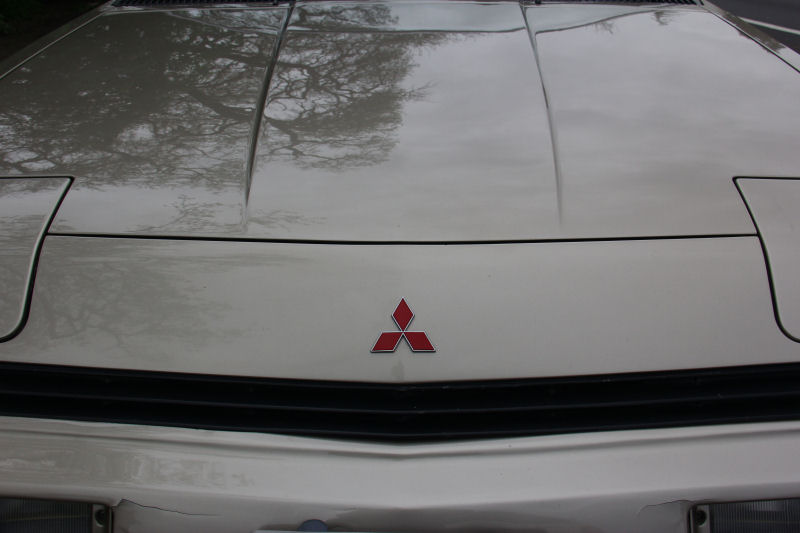 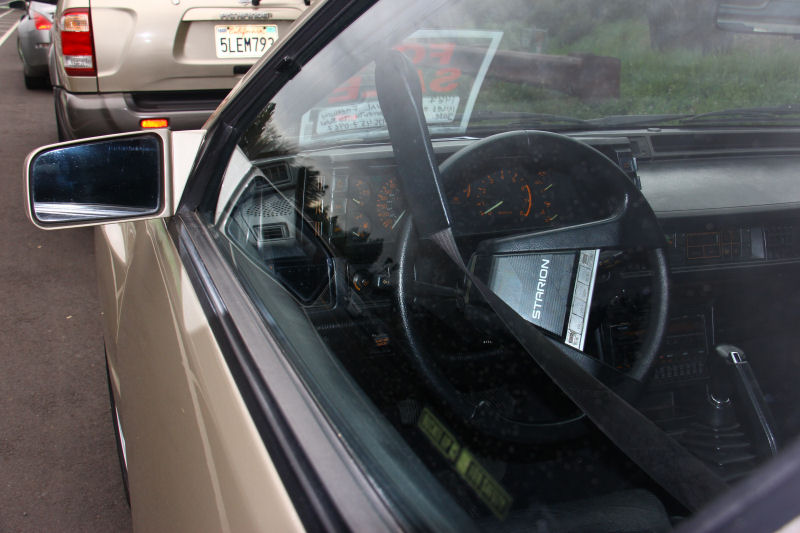 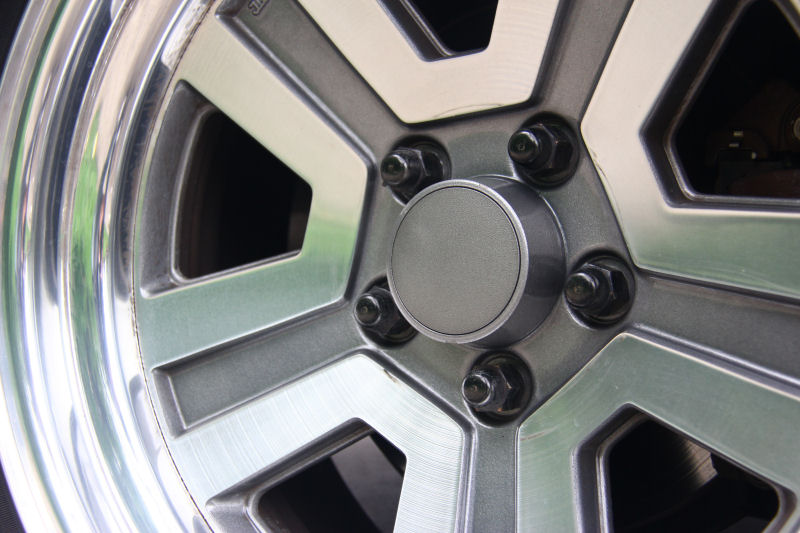 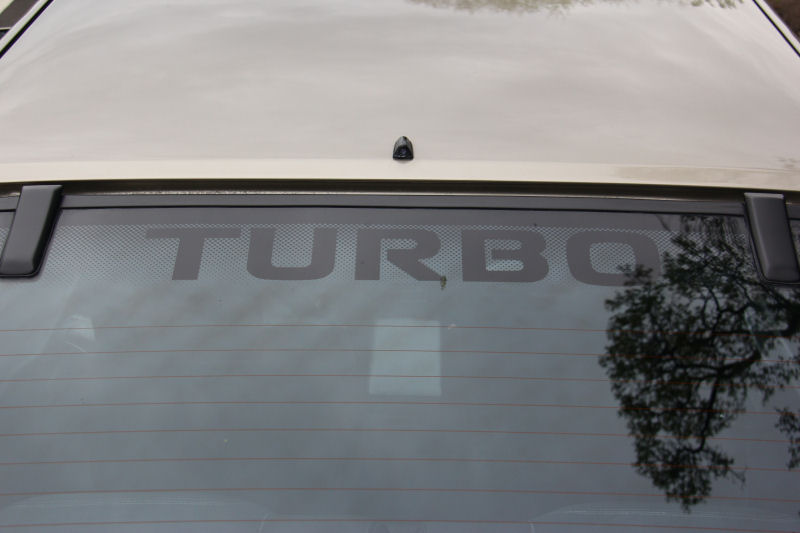 There are some details I've always liked one these cars. The alloy wheel design is simple and pleasing to me. The interior is an appropriately aggressive mix of black plastic, black leather, silver metallic accents and orange instrumentation. There is an unapologetically large manual shifter with a square ribbed rubber shift boot. Note the nice bolstered leather bucket seats with adjustable support at the front. And did I mention the TURBO seat belts? I love those for how cheesy they are. It appears to have automatic belts for the shoulder harness, a product of that short-lived period when manufacturers encouraged seatbelt use by making the car put it on you whether you wanted it or not. And like all good '80s halo models, the dash is awash in buttons and switches for all the electronic gizmos. 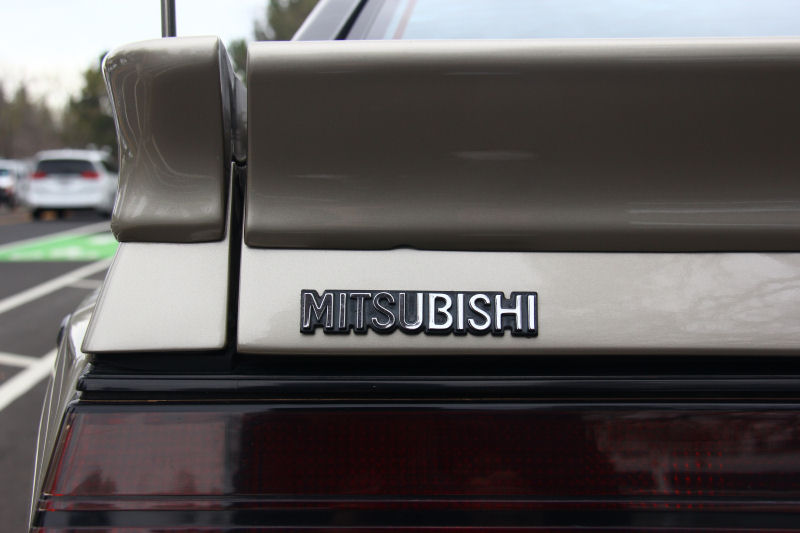 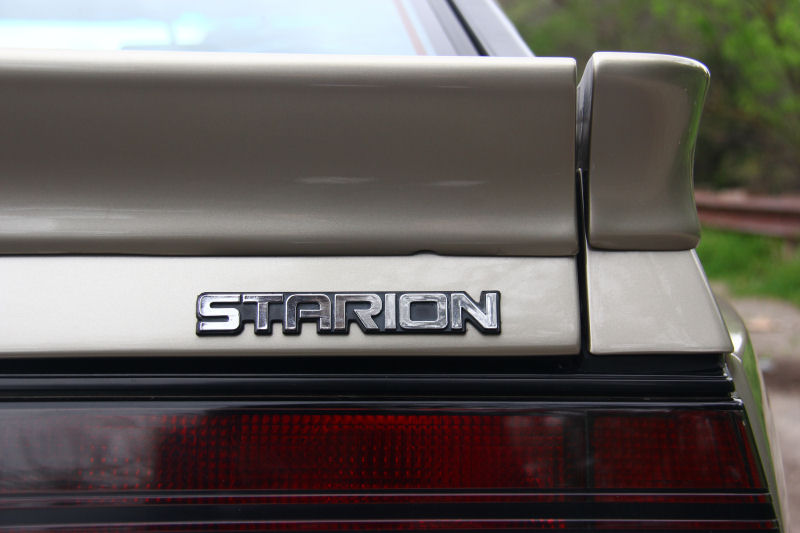 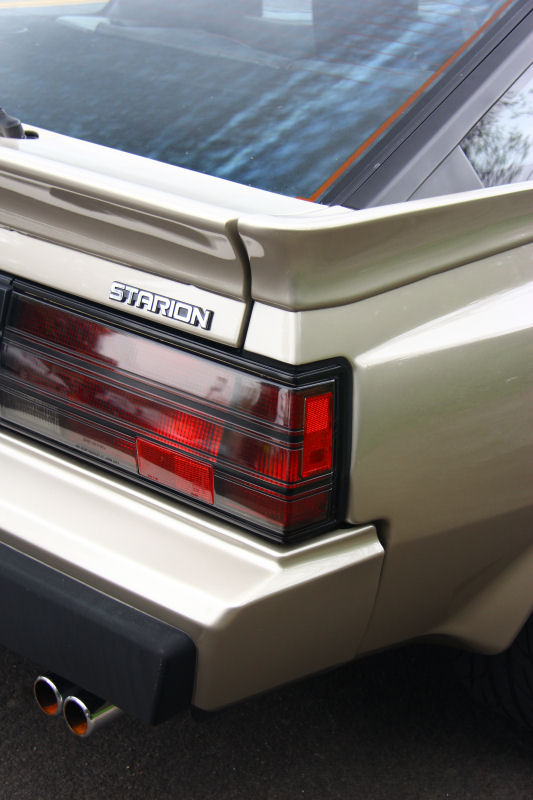 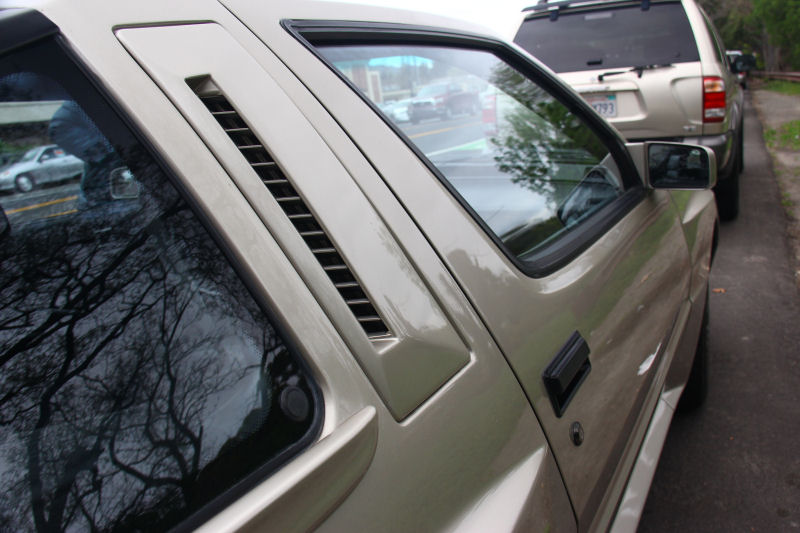 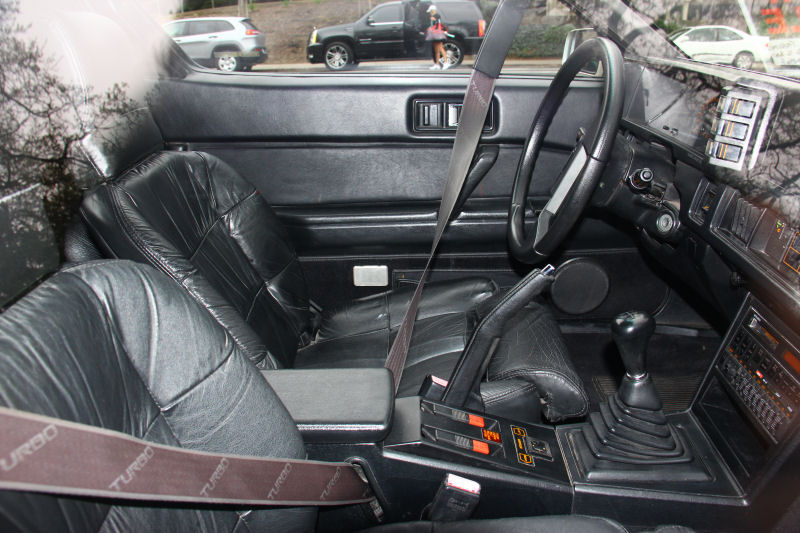 I've seen this Starion a number of times around my area. It turned up for sale and was generating a lot of attention on the street at the time I photographed it. Since then (as of this writing) I've seen it driving at least twice. It's a rare and very cool car and I hope it found the right buyer.

Photographed March 2017
Posted by Jay Wollenweber at 12:00 AM