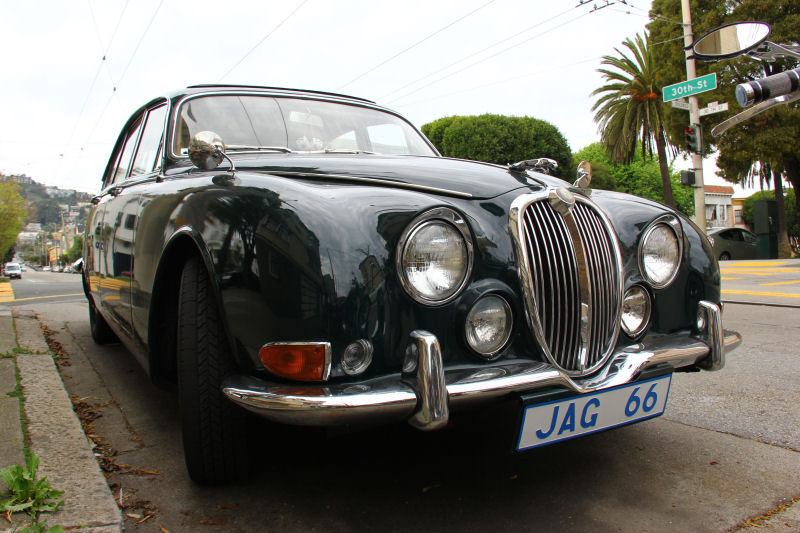 Do you remember the Jaguar S-Type sold between 1999 and 2008? It didn't sell all that well stateside, despite the retro styling craze that saw the success of the Chrysler PT Cruiser and 2005 Ford Mustang. Perhaps it was difficult for American buyers to relate to a retro-styled Jaguar that hearkened back to the days of the 1960s, and wasn't an E-Type. It was inspired by, and named after, this. 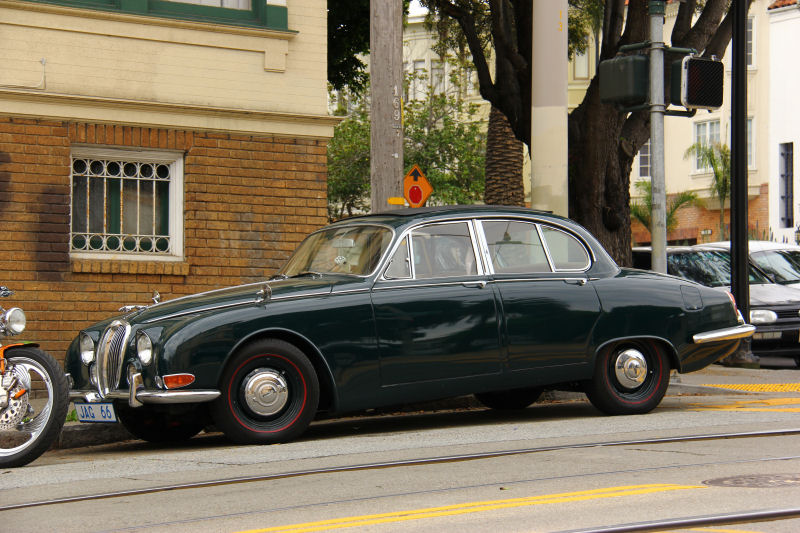 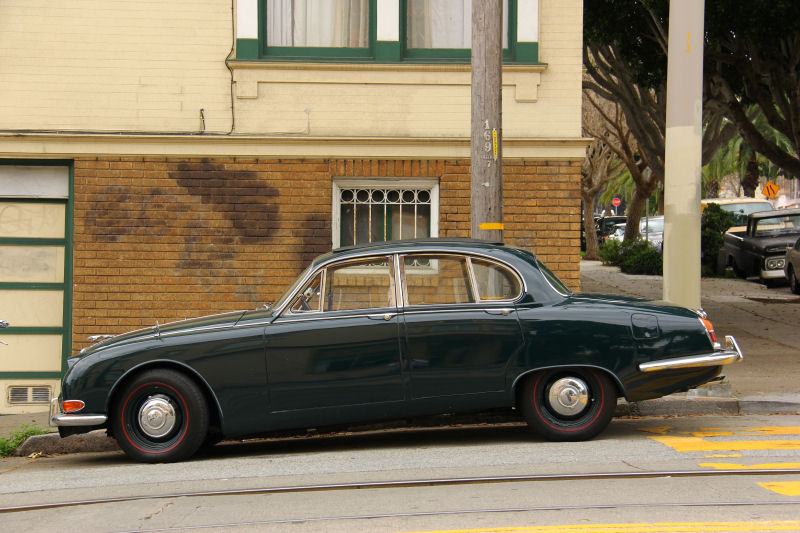 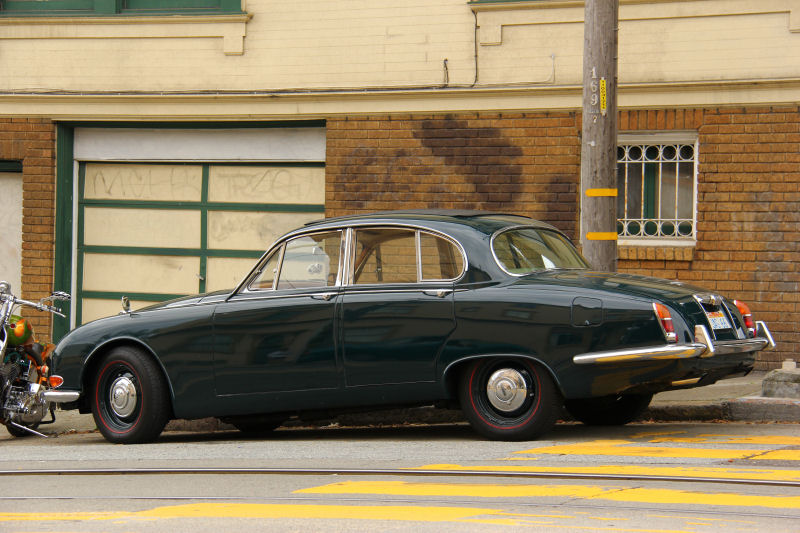 Honestly when I stumbled upon this car parked in the Mission district I immediately thought it was a Mark II. While the Mark II is a highly desireable classic in its own right, the 3.8 S-Type that succeeded it was a higher-evolved car with a longer body, bigger trunk and rear independent suspension. The engine was fundamentally that of the E-Type (albeit with two carburetors instead of three). The result was a fast, good-handling car. For this reason, S-Types were very popular for use on both sides of the law in the UK. They never sold very well in the US, though, and just shy of 25,000 S-Types were sold worldwide between 1963 and 1968. North America could have been an important market for a Jaguar luxury sedan -- and indeed it would be once Jaguar brought over the right car. The 1968 XJ6 went a long way toward helping buyers forget the S-Type. 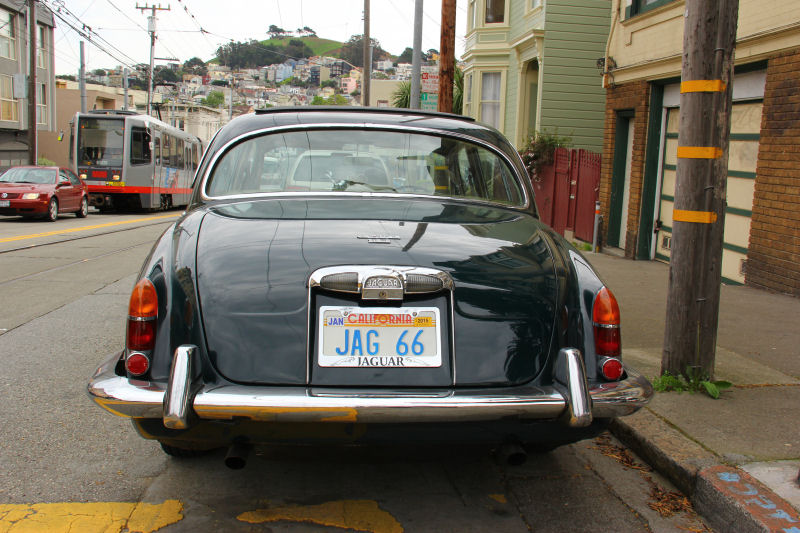 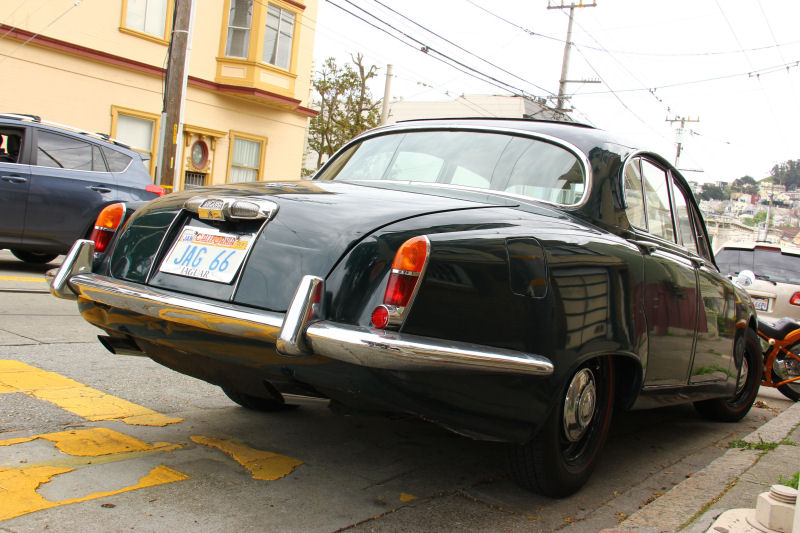 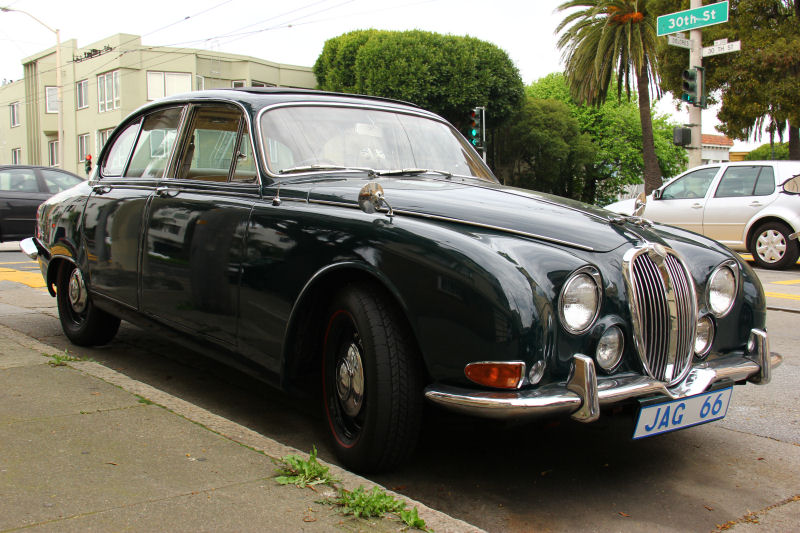 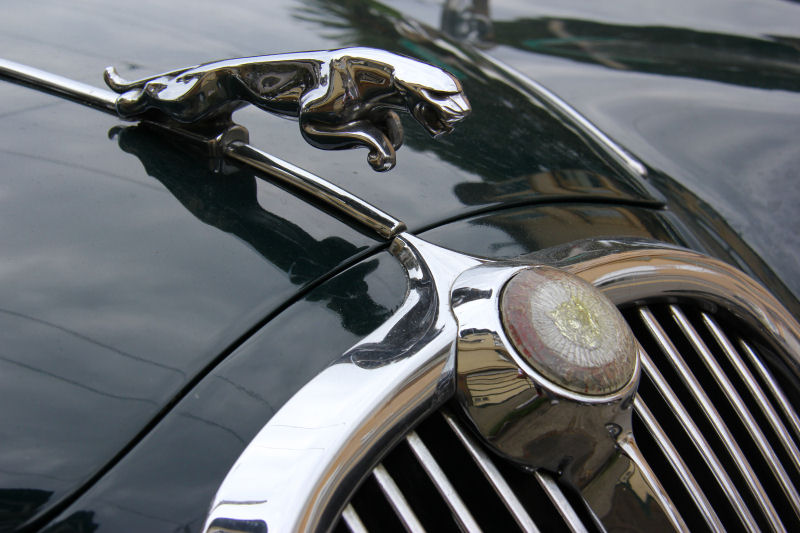 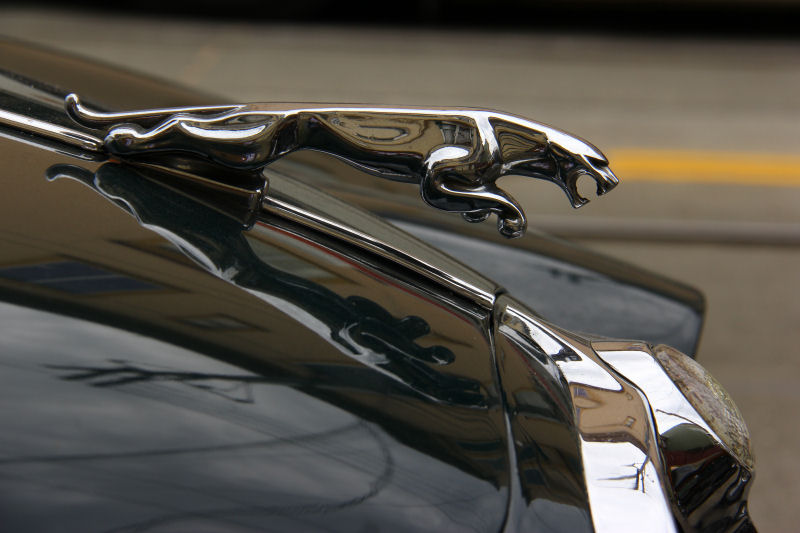 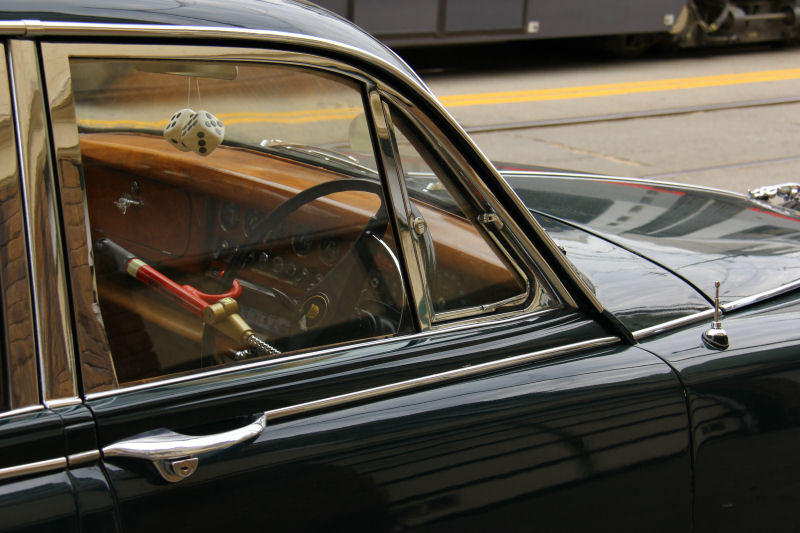 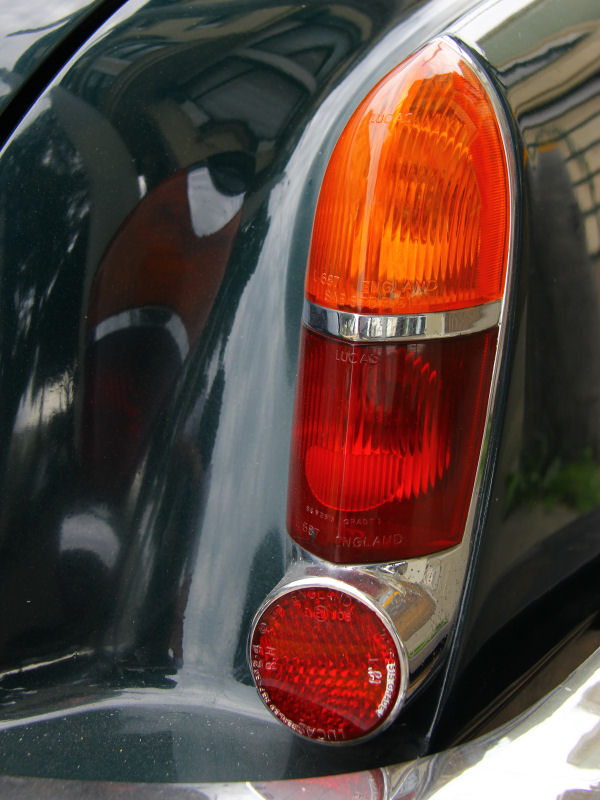 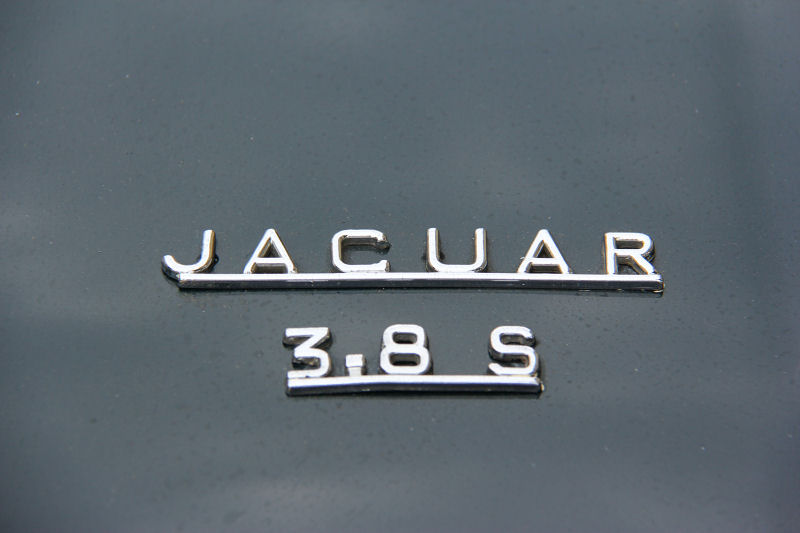 This is a '66 3.8 S in what appears to be Opalescent Dark Green, though the overcast sky at the time gave it a somewhat dull and bluish appearance. The body is in excellent condition with all brightwork and original Lucas lamp lenses intact. The only piece that has weathered badly is the plastic grille badge. The interior is a lovely place to be, with rich tan leather and a walnut dashboard with full instrumentation. My photo unfortunately doesn't do it justice because I was geeking out over the fact it's right-hand-drive and neglected to adequately document the rest of the interior. Most S-Types sold in the US were automatics. I don't see a "PNDLR" selector on top of the steering column so this one is most likely a manual. It features the standard pressed-steel wheels with center hubcaps, mounted on interesting red line tires. Note also a large fabric sunroof, apparently a popular aftermarket addition on these cars. While the S-Type is a somewhat awkwardly proportioned car (by Jaguar stylists' own admission), this is a very nice example of a rare English classic.
Posted by Jay Wollenweber at 12:00 AM