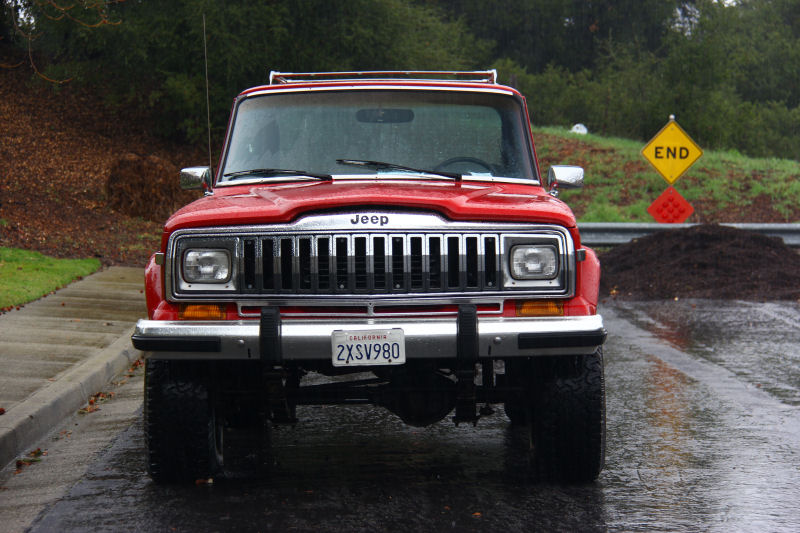 I think few auto manufacturers have gotten as much mileage from one vehicle platform as Jeep did with the Wagoneer. The proto-SUV made its debut as a 1963 model based on the J-Series Gladiator pickup truck, and served a long and distinguished career as a go-anywhere station wagon with four doors or two, a utilitarian panel truck and perhaps the first "luxury" SUV (Super Wagoneer/Wagoneer Limited/Grand Wagoneer). The SJ Wagoneer lasted until 1991, with the name appearing again periodically on special models of the compact Cherokee (XJ) and midsize Grand Cherokee (ZJ) through 1993. The two-door Wagoneer was always a slow seller, and only lasted from 1963-68. American Motors purchased Kaiser Jeep in 1970 and in '74 a two-door variant of the Wagoneer was back, now called Cherokee and sporting new side windows and standard four-wheel-drive. 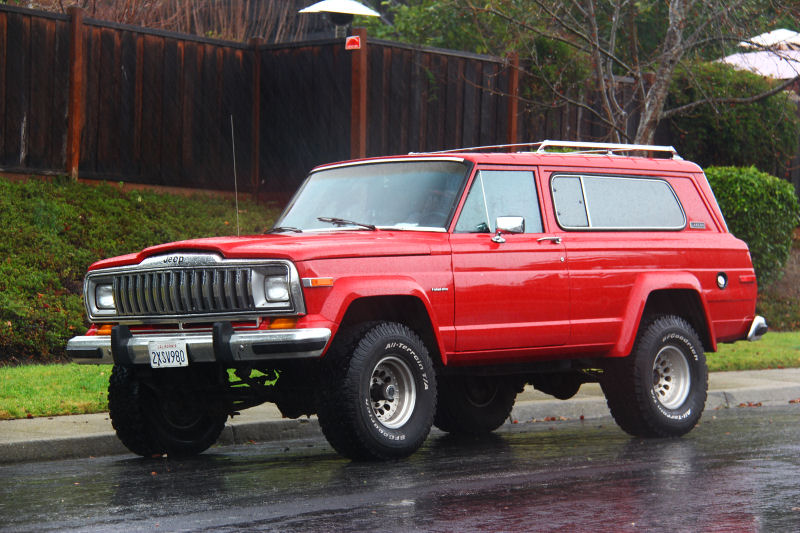 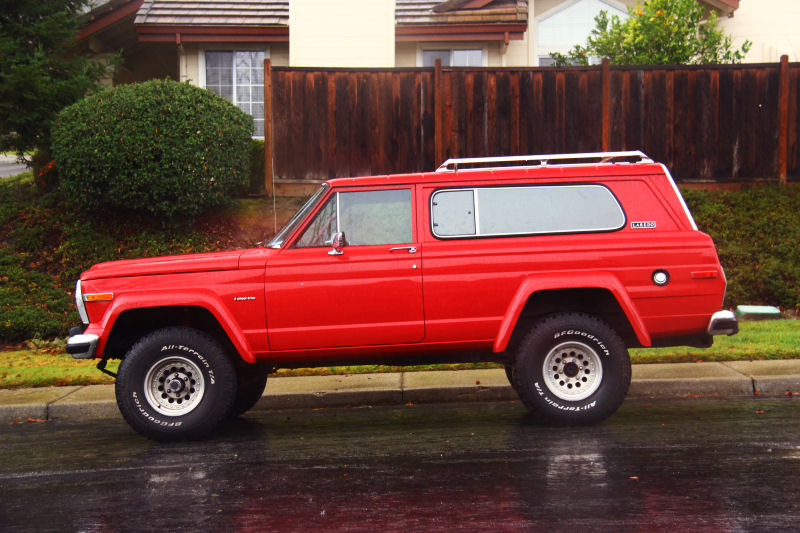 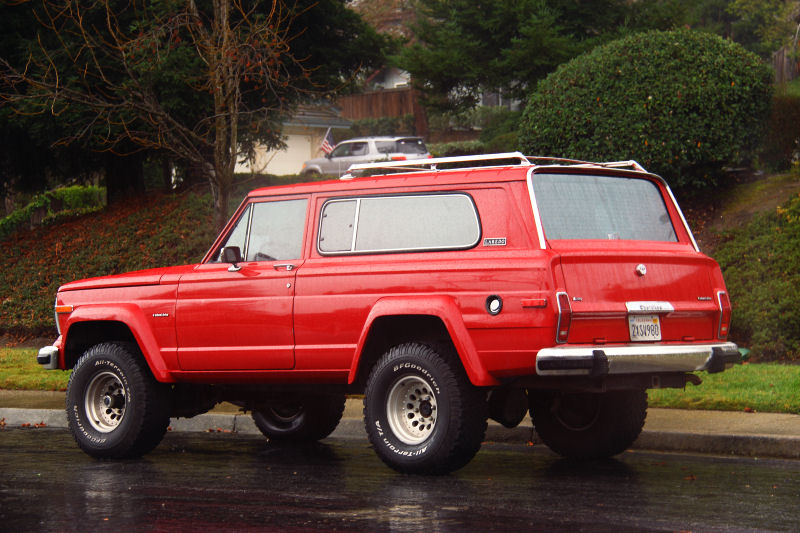 The Cherokee was offered with six- and 8-cylinder engines and a variety of trim packages and special editions. The Laredo package was a $1,749 option that served as the top trim level for 1982. To my knowledge it consisted mostly of interior upgrades like extra sound deadening, nicer carpeting and upholstery. 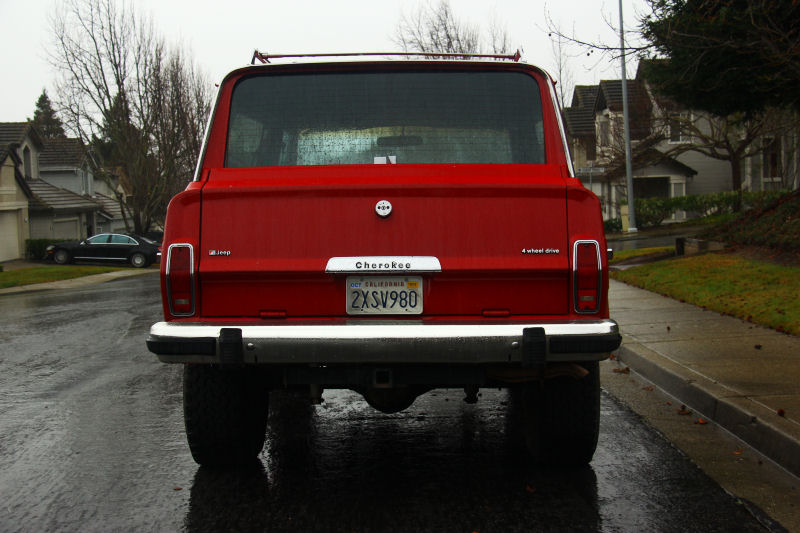 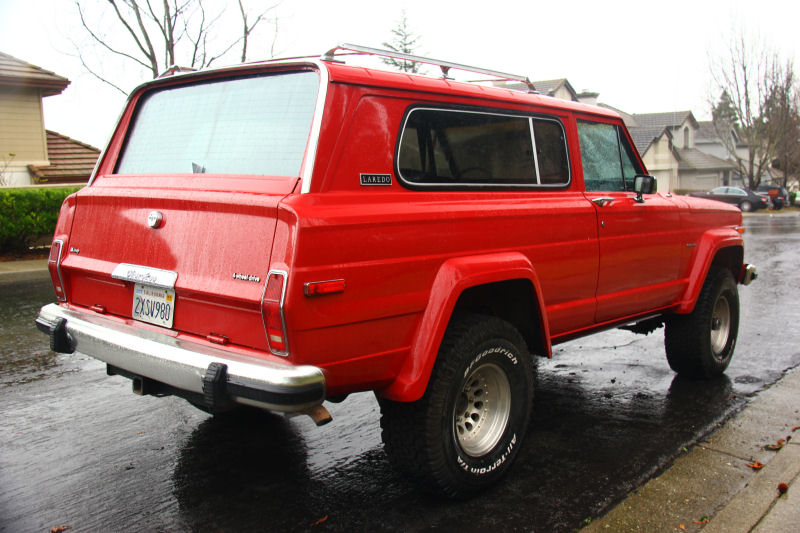 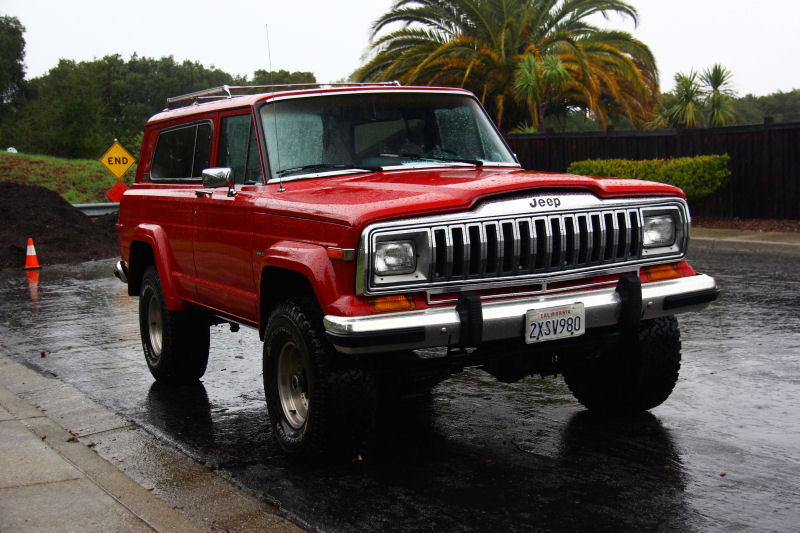 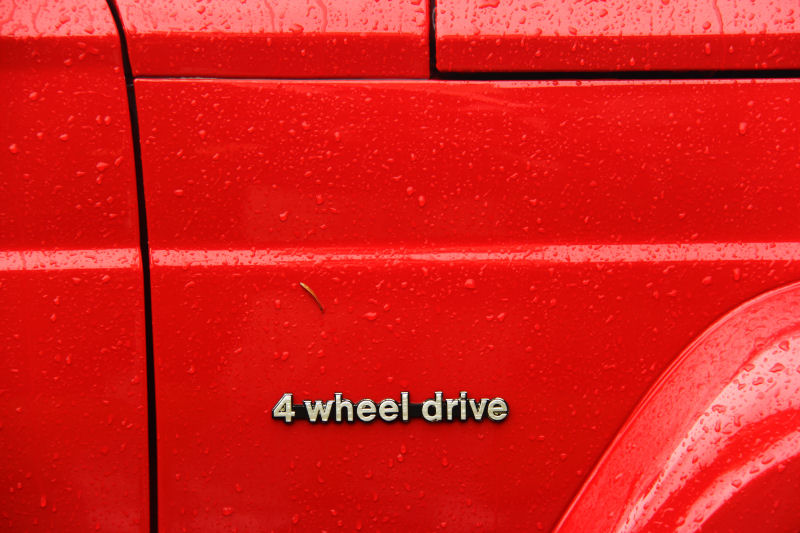 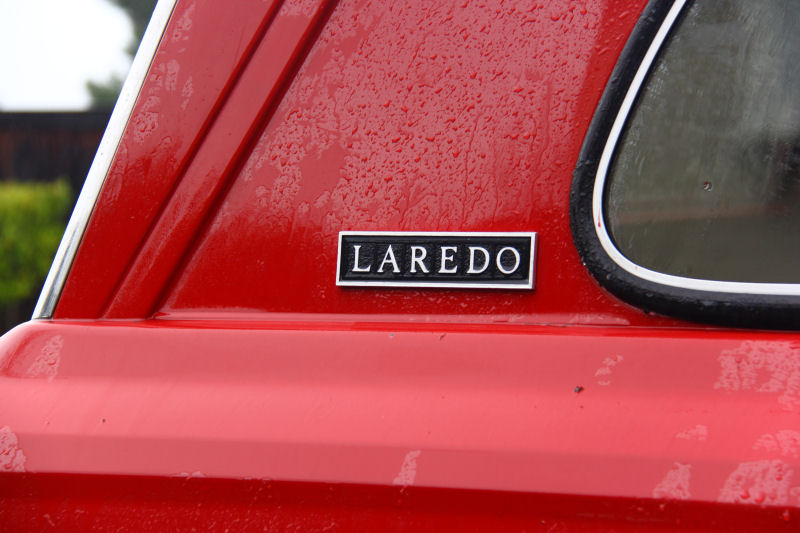 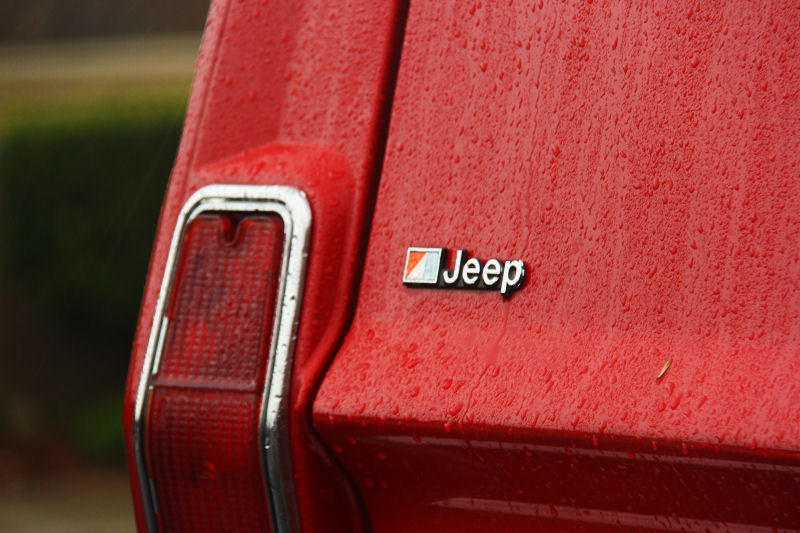 This is one of the cleanest Cherokees I've seen in recent memory, and I started to get really worried when it sat in roughly the same spot for the better part of a month. It finally disappeared maybe a week or so after I photographed it, and hasn't been back since as of this writing. I like these trucks a lot, so I made an exception to my informal rule that something from the 1980s and beyond had better be really cool or really rare to make the cut. The full-sized Cherokee was last produced in 1983 and it's rare to see one this nice, even as a late model. It's one of the few AMC-branded Jeeps I like enough to feature here. Who knows? Maybe someday I'll run across the right Wagoneer or a particularly fetching CJ. In the meantime, enjoy this very red, very wet, very cool Cherokee Laredo.
Posted by Jay Wollenweber at 12:00 AM