When I travel down to Santa Cruz with friends, one of my favorite places to stop is the Santa Cruz Diner on Ocean Street. It's an eclectic little place that apparently is good enough that Guy Fieri from the Food Network stopped by to sample their food. But this is a car blog and you aren't here to read about how much I like their Monte Cristo sandwich. This 1963 Rambler American was parked just around the corner.
While coming off of highway 17 into town, I couldn't help but notice the odd little Rambler grinning (grimacing?) at us as we drove by. I've seen another '63 Rambler in Santa Cruz before, a blue 440 convertible that was featured here in October 2012. I always enjoy visiting Santa Cruz, in no small part because its unique population of artists, hippies, surfers and eccentrics makes for a mix of unusual cars dotting the streets. Some of them dot the street in more ways than one. 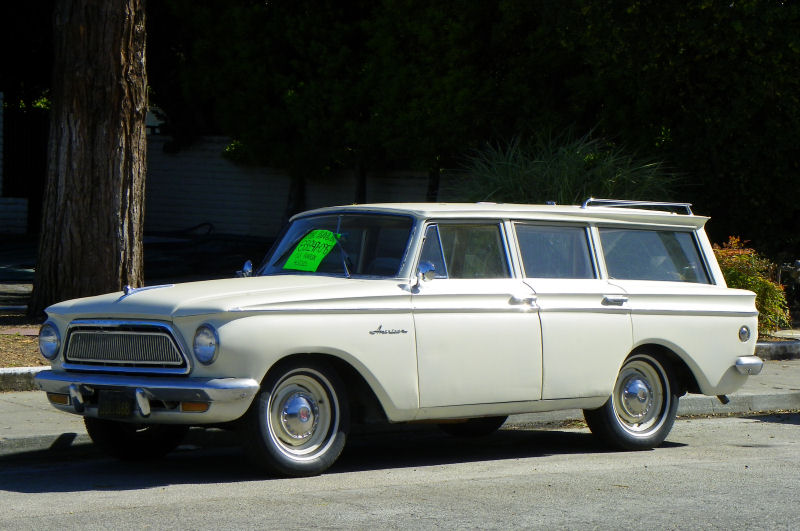 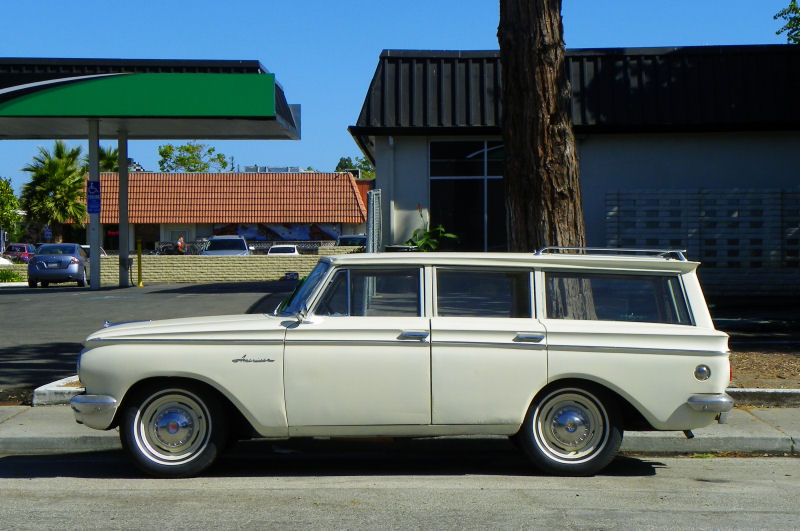 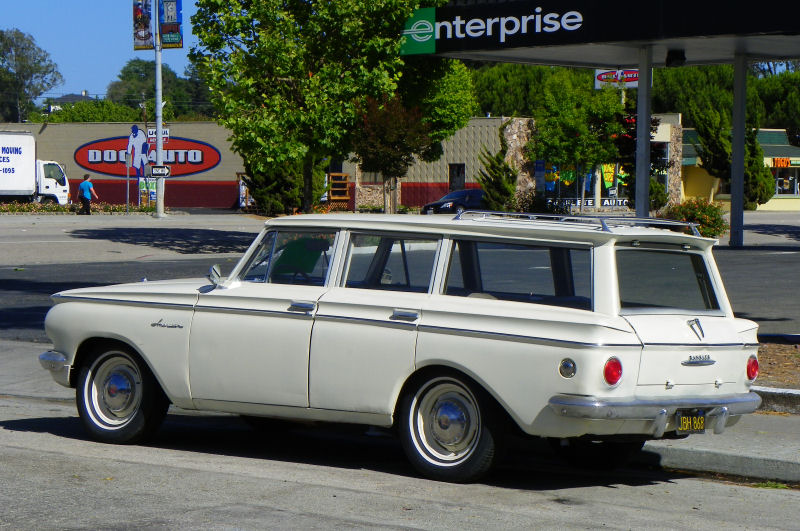 The Rambler American was always a bit of an odd duck. It lasted three generations over 11 years. As always, Rambler (and later AMC) had to design new cars on a shoestring budget, leading to creative ways of disguising their humble origins. The American began as a bathtub-looking car with leftover Nash corporate styling. Then suddenly everyone in Detroit was building compact cars that looked modern and the old tub was obsolete. So the American modernized as well. How? A new body on the old platform. In 1961 the four-door wagon body style was introduced, supplanting the old 2-door wagon. The frowny face lasted through '63 before it was replaced with a completely new car. The basic 1964 body would serve another five years. 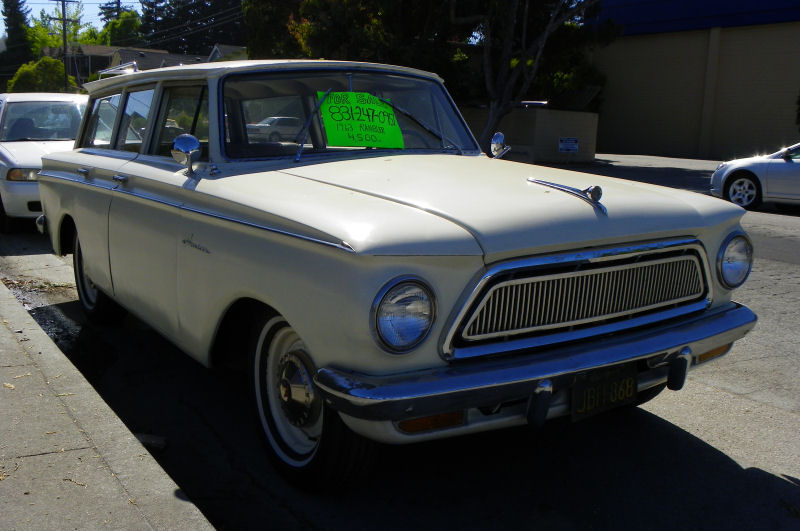 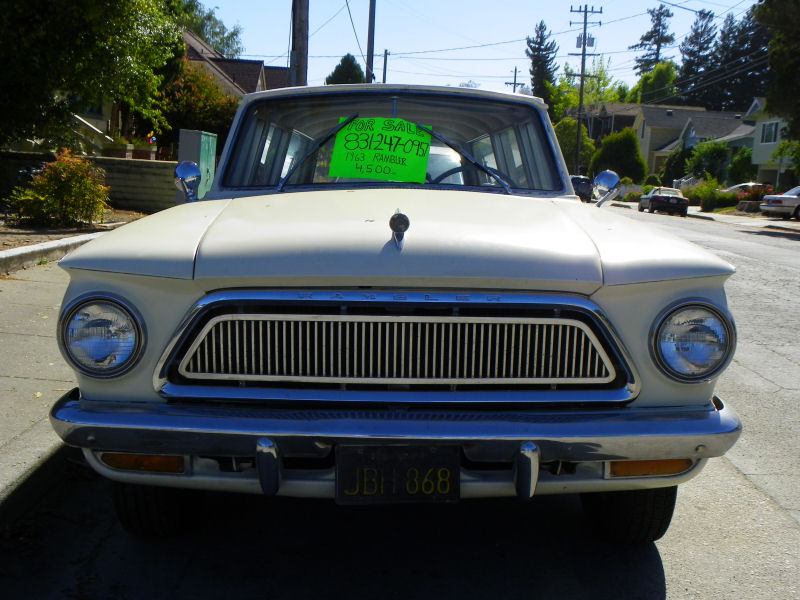 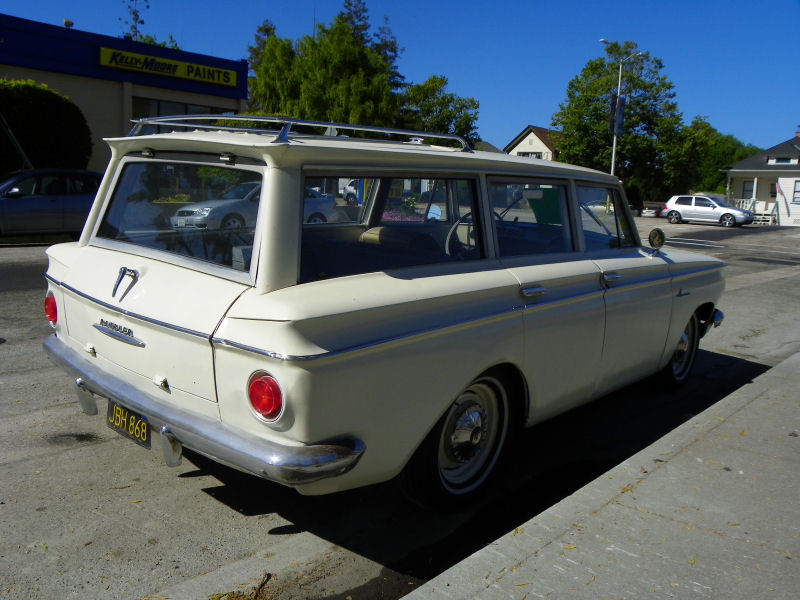 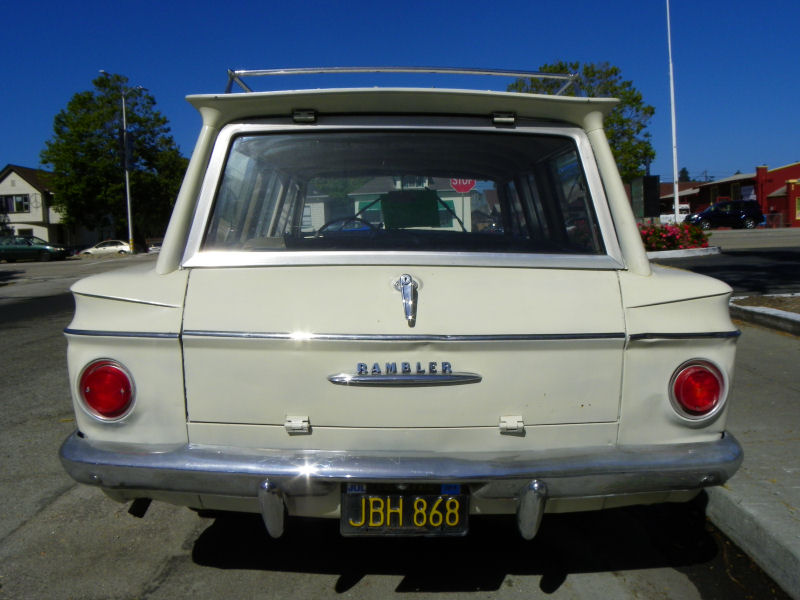 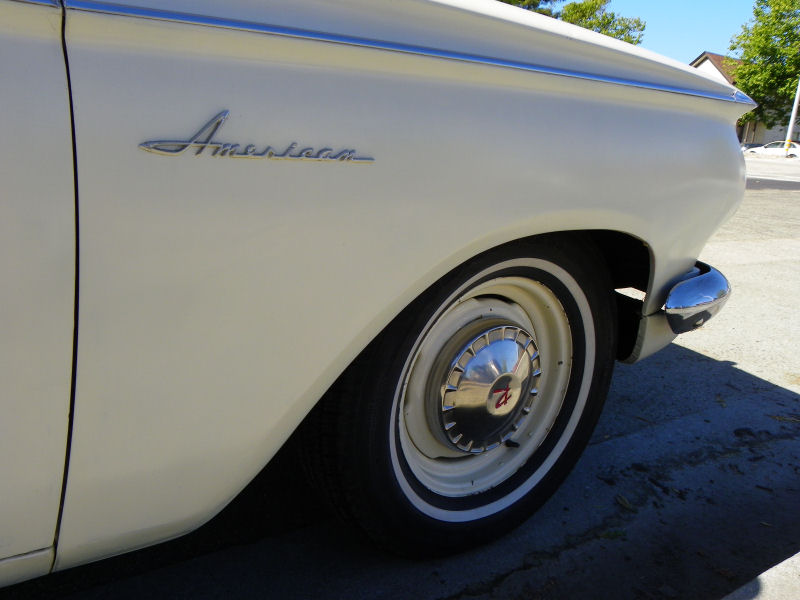 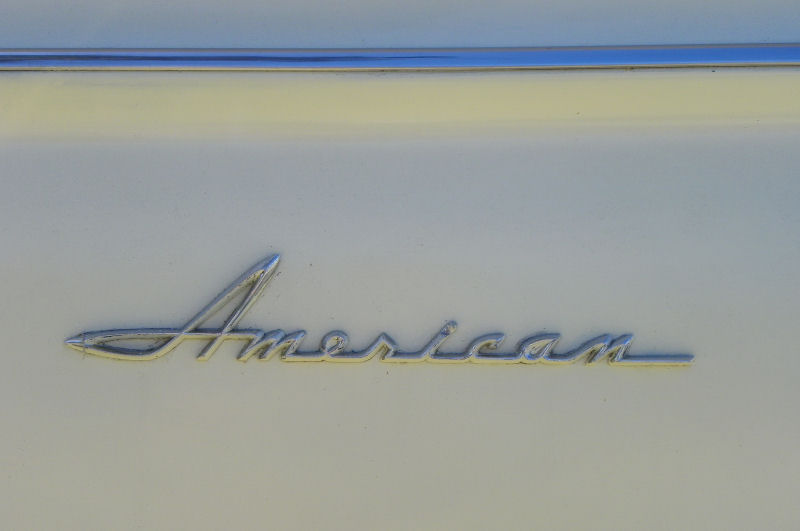 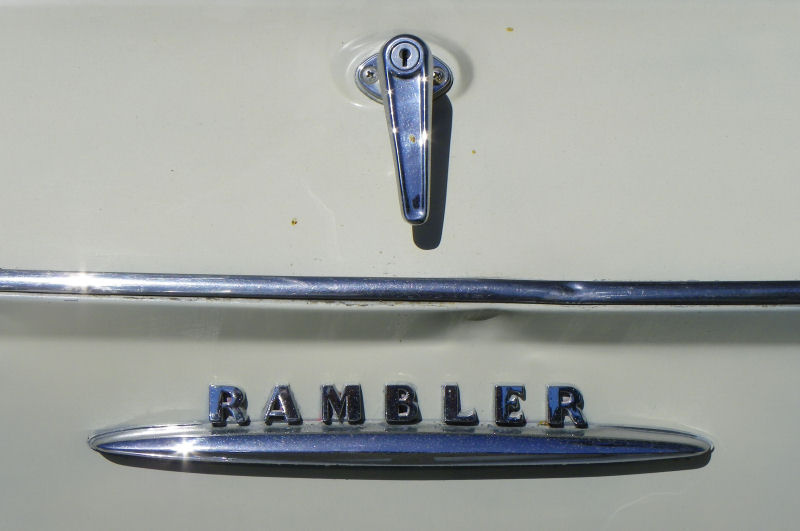 This wagon was for sale, an example of a sturdy little economy car that has withstood the test of time. It looks pretty good for a fifty year old vehicle that's likely mostly original. The paint isn't original, evidenced by the white paint peeling off of the American script badges on the fenders. Up close, there's some lumpy Bondo repair visible in the right quarter panel and left front fender. I'm not sure if that's rust bubbles or more Bondo in the left rear passenger door just above the rocker. It's too bad it's not a more solid car, but at a price point of $4500 I don't think anyone is expecting a concours winner. I actually like the way the four-door Ramblers of this generation look, more so than their stubby two-door siblings. To me, the wagon might actually be the most attractive. What can I say? I'm a sucker for old station wagons.
Posted by Jay Wollenweber at 12:00 AM