Until recently I had a strict rule for myself regarding pony cars, particularly Mustangs and GM F-Bodies. And that rule basically was that I wouldn't feature, let alone shoot, any of them unless they were sufficiently rare or awesome. Usually a Malaise-era, big-bumper Camaro evokes no emotional response from me whatsoever, but I really like this one. 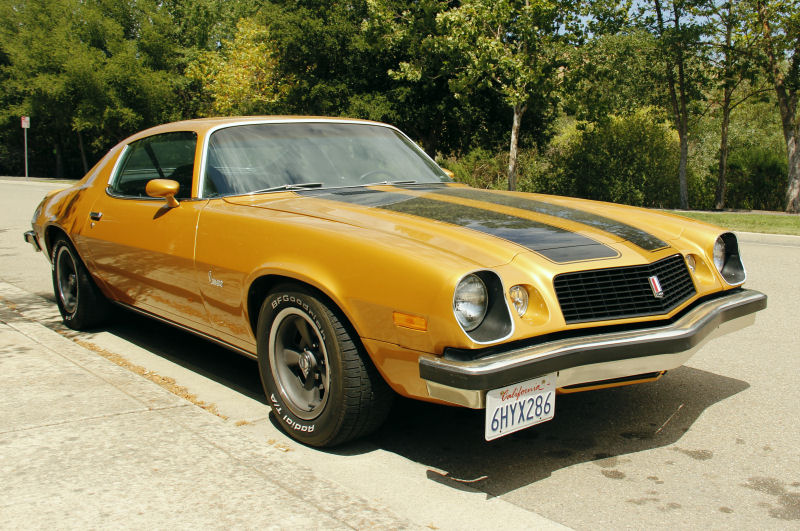 Near as I can tell, it's a 1974 Type LT. The Type LT was a cushier, more luxurious Camaro than the standard sport coupe. It was a sign of the times, as horsepower and engine displacement were decreased due to stricter emissions and fuel economy. It was, however, a very good year for Camaro sales. The AMC Javelin, Plymouth Barracuda and Dodge Challenger were on the way out and the wimpy new Mustang II was more like a gelding. GM tried to make up for the slower, fatter, long-nosed 1974 Camaro by making it a more comfortable place to be - and it was possible to still have some fun at the same time. Buyers could combine the LT and Z-28 packages for a quick yet classy coupe devoid of loud go-fast stickers and stripes. 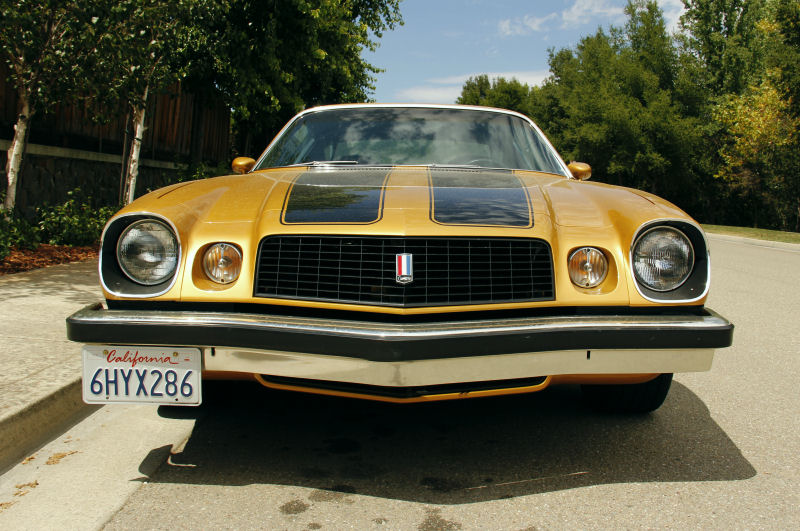 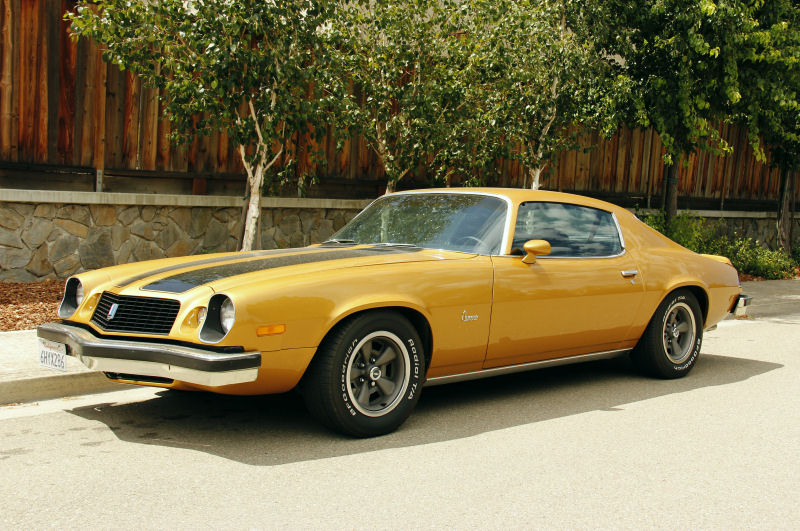 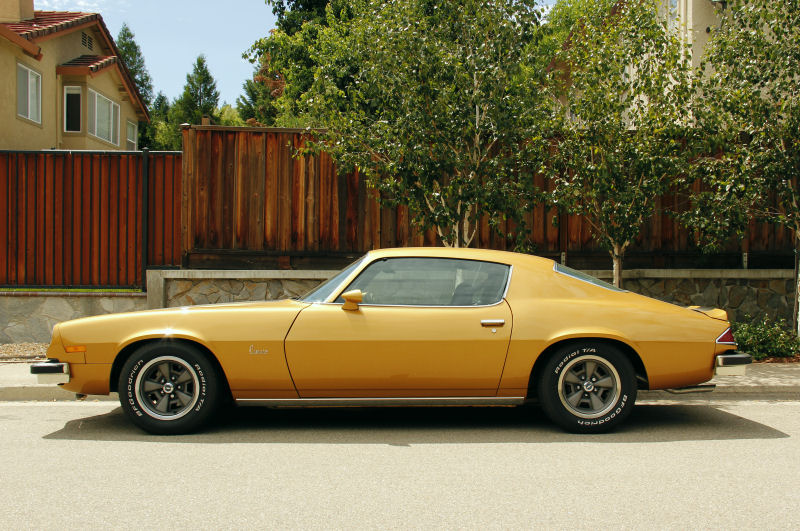 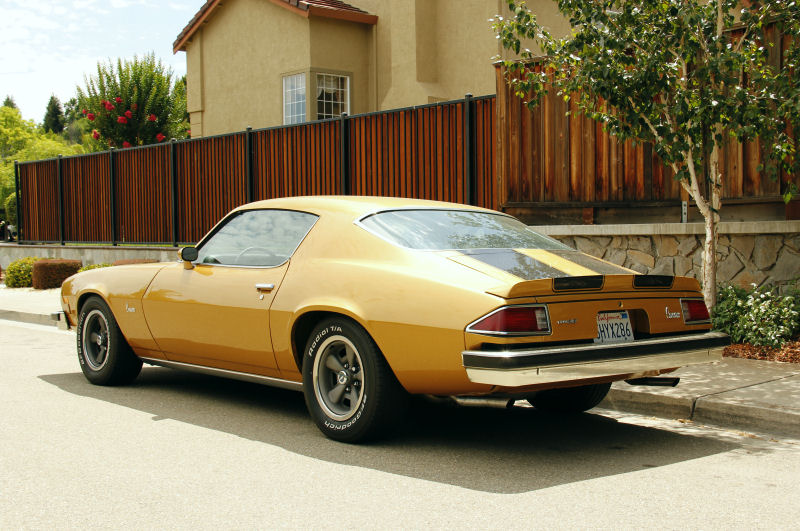 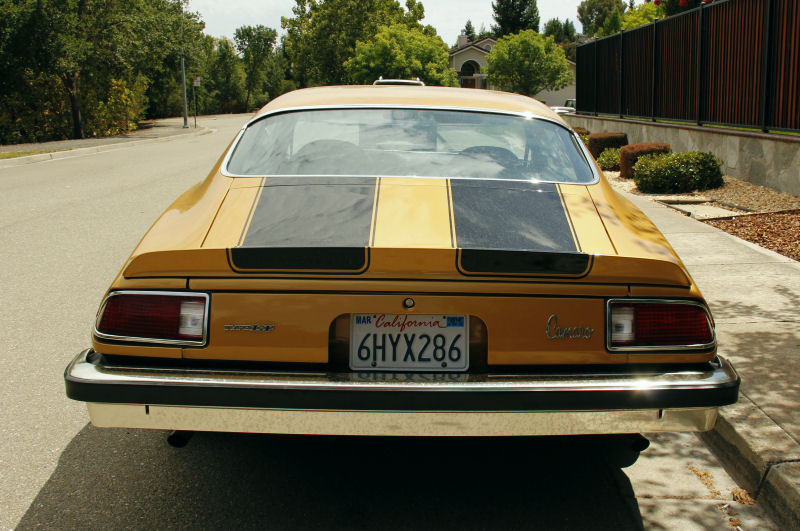 This Camaro wears the styled 15" steel wheels first seen on the 1971 Chevelle SS line. As far as I know, most Type LTs came with the 6-spoke Rally wheel commonly seen on mid-1970s Novas. The Chevelle wheels were offered on Z-28 Camaros and are plausible for this car if it also has the Z-28 performance package. I consider it a mild custom job, since the Type LT badges are missing from the C-pillars and the fender badges have been replaced with early-style Camaro script emblems. I think it looks quite handsome in a rich metallic gold with black rally stripes and grey wheels. The stripes appear to be custom, since the Z-28 stripe package for 1974 was a tacky 3-stripe affair with huge "Z28" block letters on the leading edge of the hood. The small ducktail spoiler, white-letter tires and dual exhausts all look great. 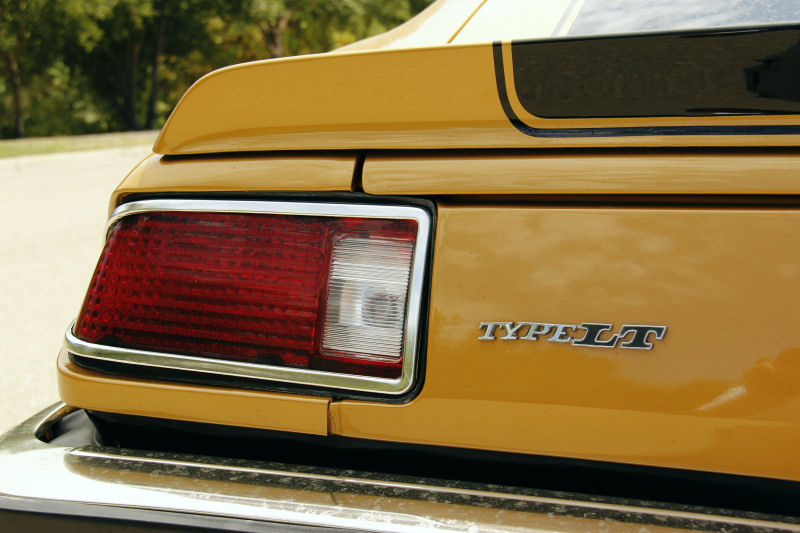 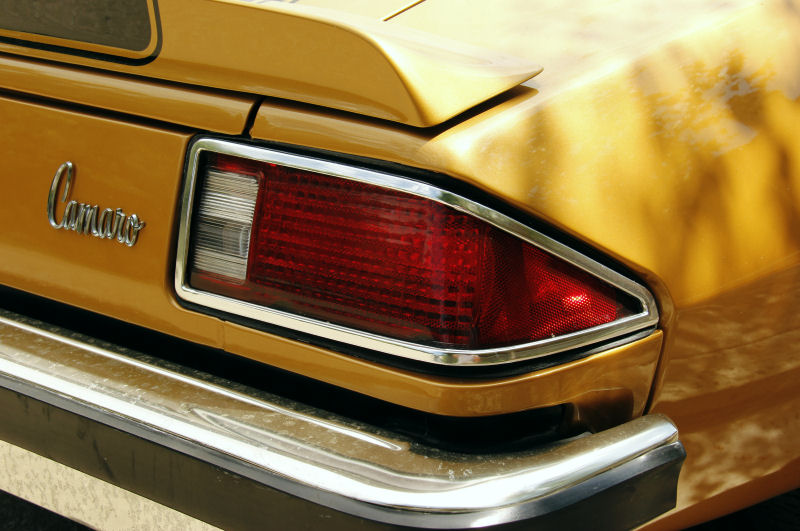 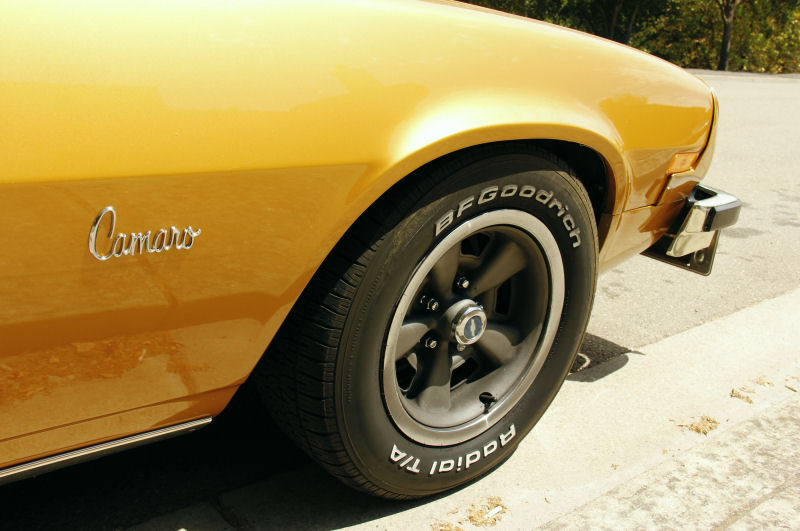 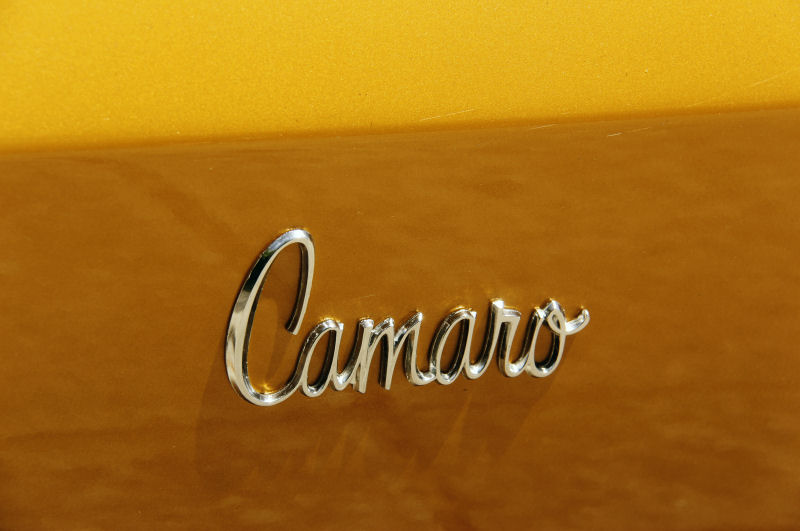 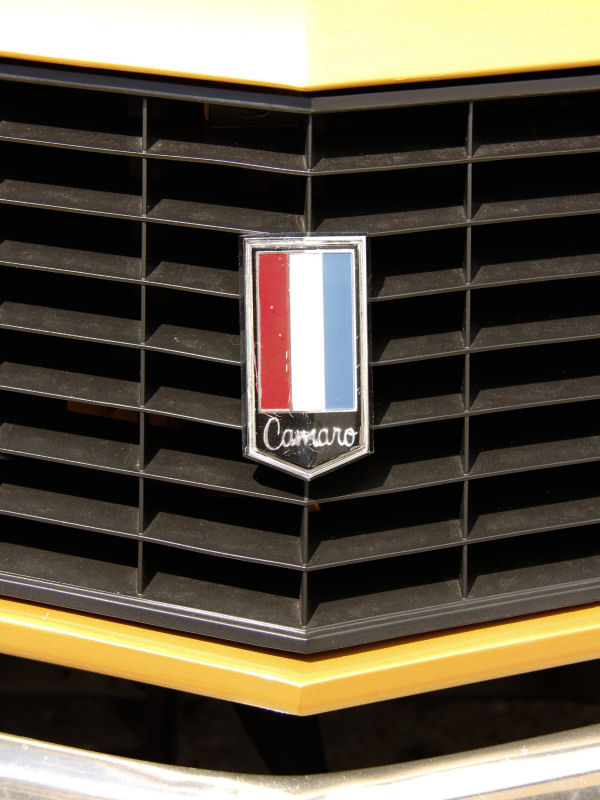 As '74 Camaros go, this one struck me as incredibly beautiful. I used to see it every week on my delivery route, and one day decided to photograph it after work. That day was the same moment my trusty Kodak Z980 decided it no longer wanted to function, and it did so while shooting this car. Unable to continue, I returned another time with a different camera. I'm glad I did. It's easily one of my favorite second-generation Camaros I've seen.
Posted by Jay Wollenweber at 12:00 AM