I never thought I would geek out over a K-Car.

In the late 1970s Chrysler Corporation was in deep financial trouble. A government bailout kept the doors open, but only if the Pentastar could source some profitable product that could pay back the loan. The Chrysler K platform arguably saved the company with a wide range of FWD sedans, coupes, convertibles and wagons mostly powered by frugal four-cylinder engines. This platform gave rise to the first Chrysler minivans and the larger E-platform sedans, and darn near everything else they made in the '80s and to an extent, even into the '90s. But perhaps the oddest K-Car variant was the Chrysler Executive. 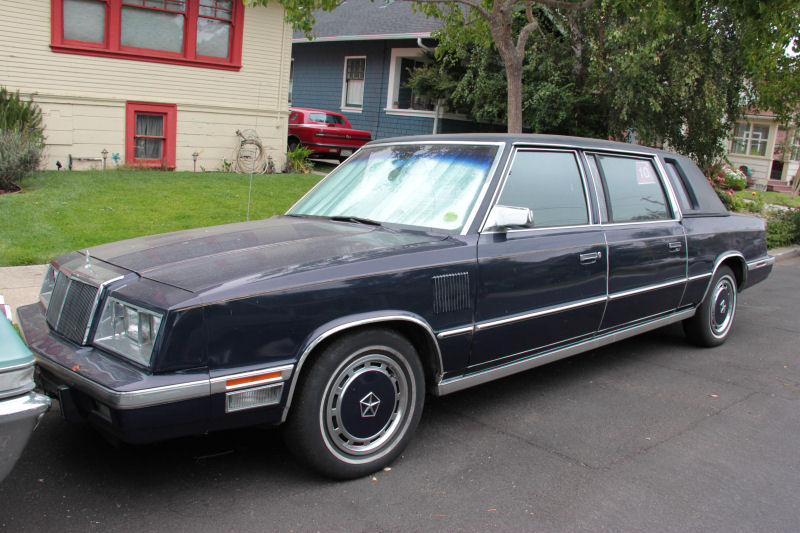 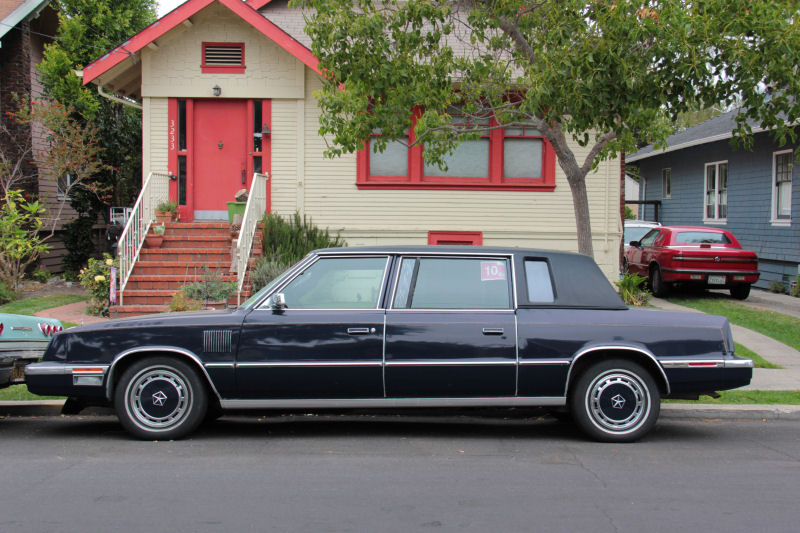 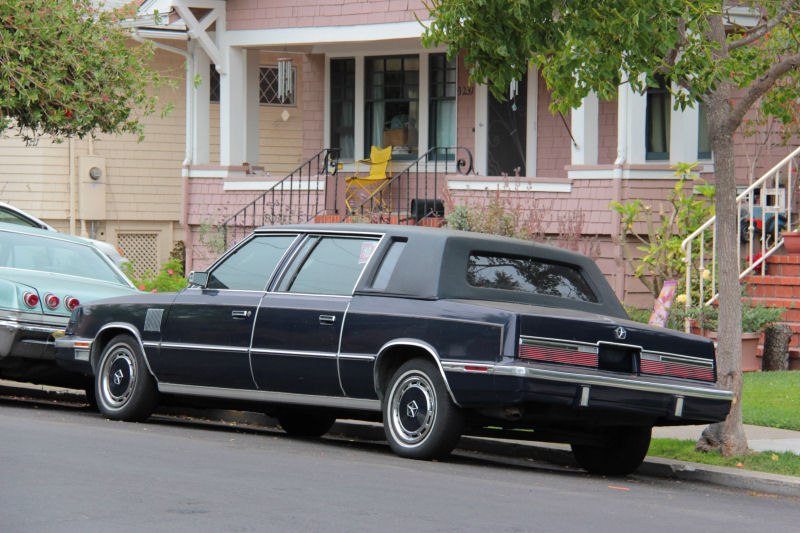 The Executive was Chrysler's solution to a very 1980s problem: how would the rich travel in luxury if fuel was scarce and expensive? Never mind that a truly wealthy person doesn't need to worry about the price of gasoline. Even in the current economy I don't see rich people trading in too many of their Escalades because of gas prices. Chrysler was betting that the Cadillac Fleetwood 75 and Lincoln Town Car limousines would soon have no place in a 'new normal' of smaller, more efficient cars. And to their credit, Chrysler really tried. The first Executives were available in two sizes, the Executive Sedan and the Executive Limousine. This one is the shorter 124" wheelbase, 5 passenger Sedan, which translates to plenty of legroom for rear passengers. It featured dual-zone air conditioning, adjustable rear headrests and footrests, reading lamps and other luxury touches. Colors and interior materials were limited and formal. The body was hand-built by ASC from a LeBaron coupe and powered by a Mitsubishi 2.6 liter four. So yes, that thing's got a hemi, but it's only making about 114 hp. 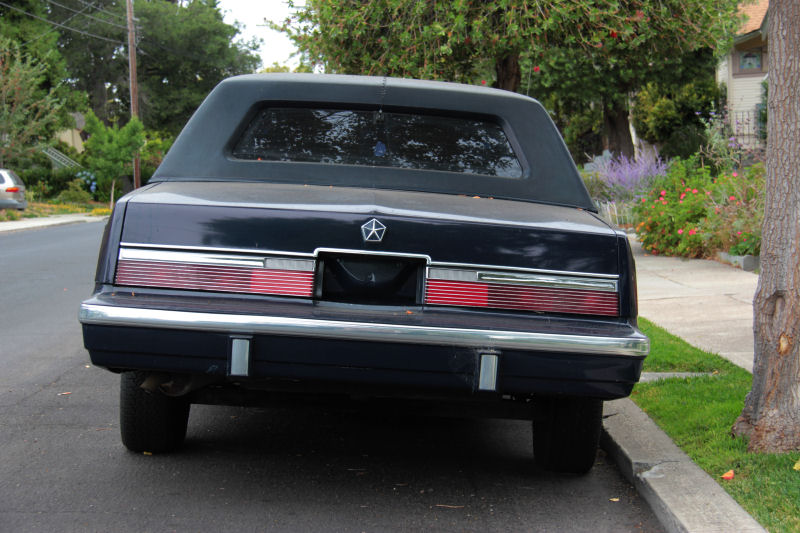 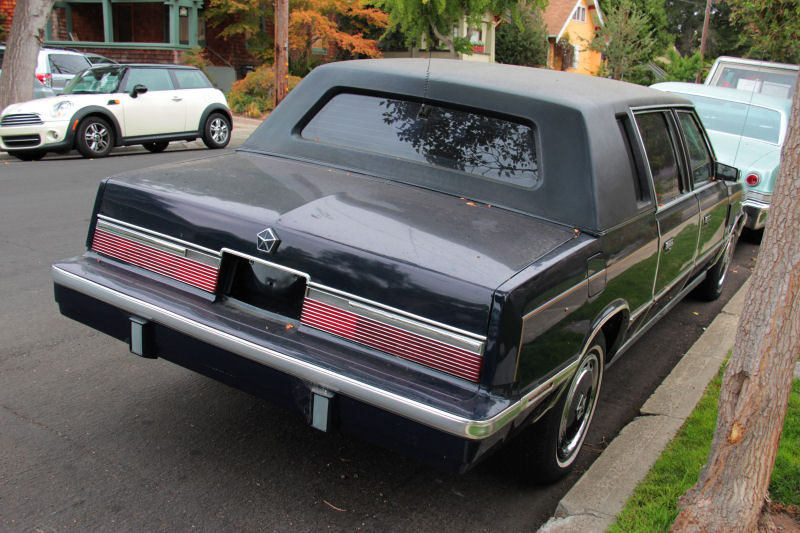 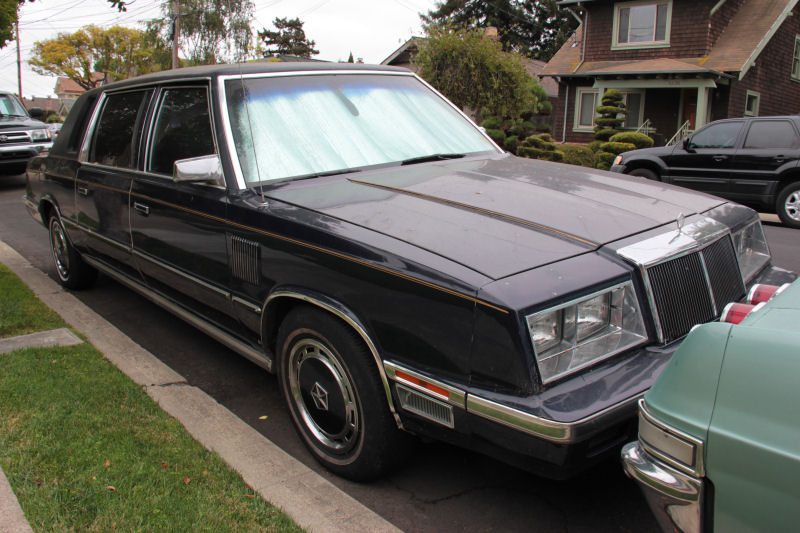 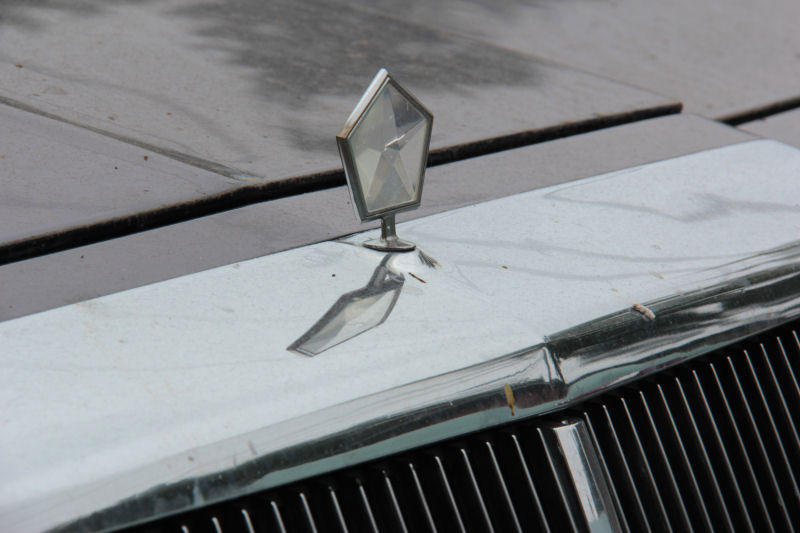 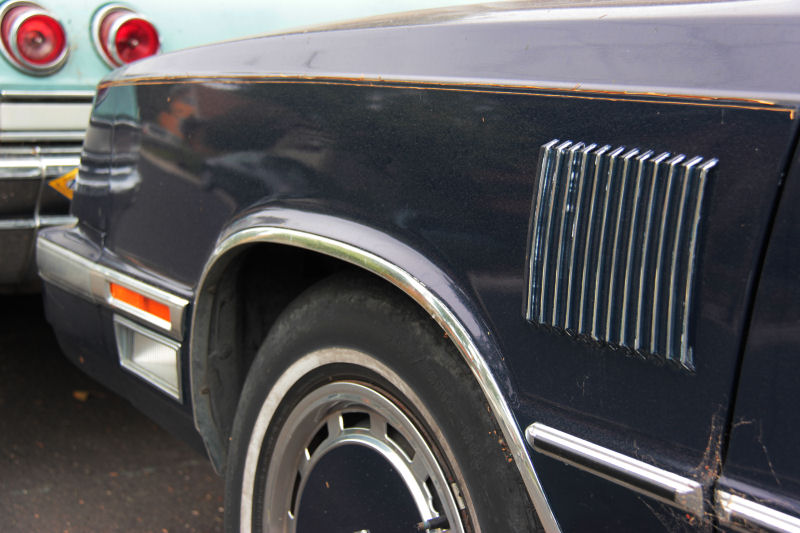 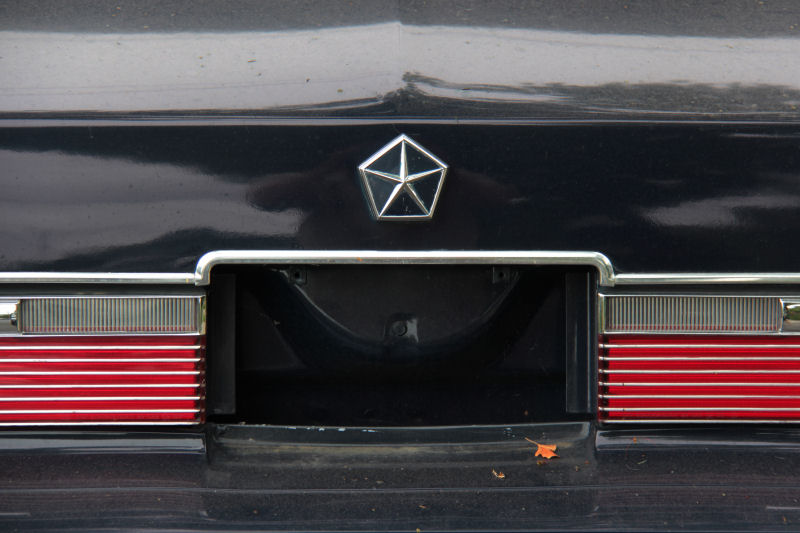 Perhaps the most notable thing about this car is the fact that in 1983, only nine Executive Sedans and two Limousines were built. The Sedan was only built for two years, with 196 produced in 1984 before it was dropped. (A single original 1982 prototype Sedan was also built). The Limousine continued until 1986, with a total of 1,494 built (including the 1982 prototype).
This car is in pretty good shape and is owned by an evident collector of K-Cars and K-based oddball Chryslers (note the TC by Maserati and a LeBaron Town & Country wagon in the driveway). For this reason I have high hopes that it will be preserved by someone who appreciates its rarity. It could use some cosmetic work, but judging by the lack of license plates and the DMV sticker on the window it's just beginning its new life in Alameda. All in good time, little limo.
Posted by Jay Wollenweber at 12:00 AM