It seems like there's something about Ford Falcons and Dodge Darts/Plymouth Valiants that makes them nigh unkillable. It's a testament to the simple, basic economy car of the 1960s, a reliable six-cylinder engine and no-frills packaging based on solid platform engineering. The end result is a car that doesn't look like much and isn't fast but it won't die. Basically this was in 1961 what the Toyota Corolla is now. Except that unlike the current Corolla which still heavily resembles the 2003 model, the Falcon was still fresh in 1961, its second year of production. 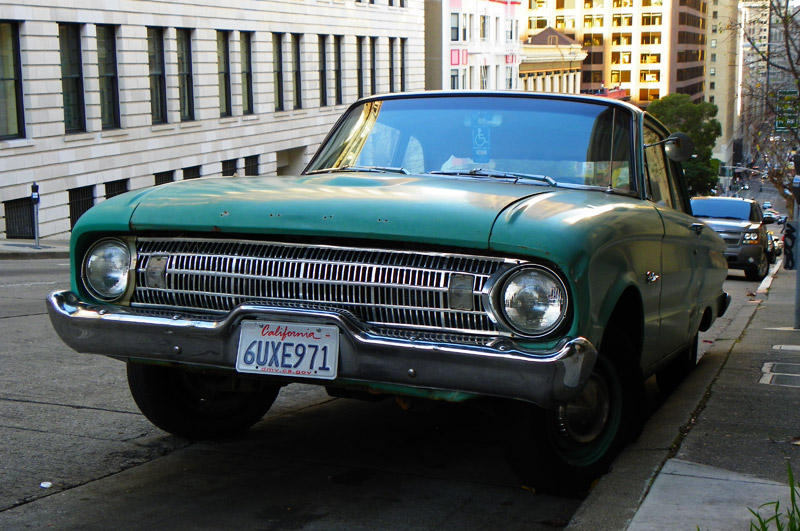 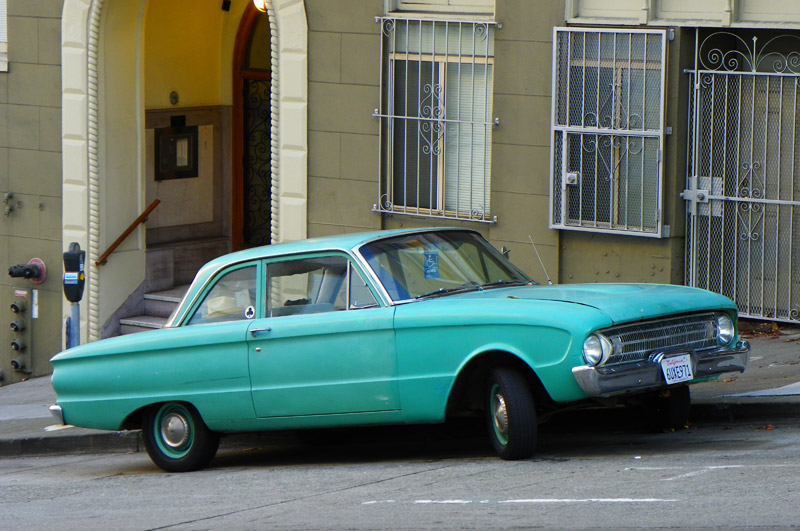 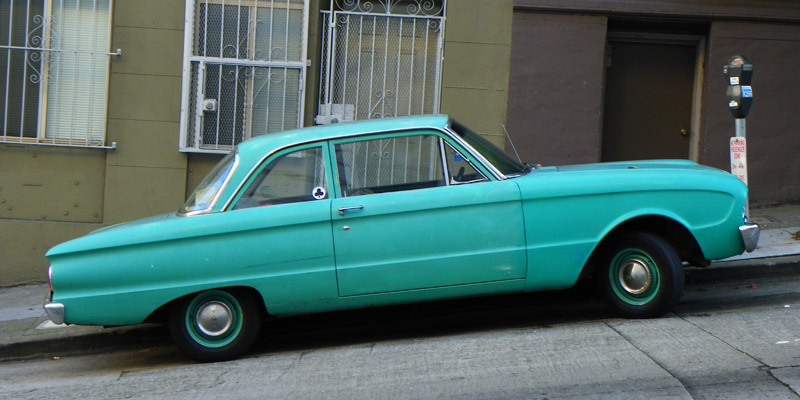 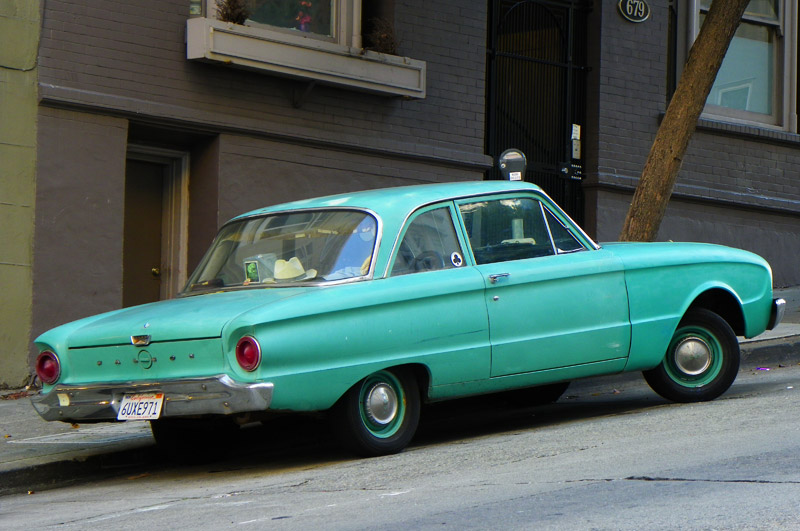 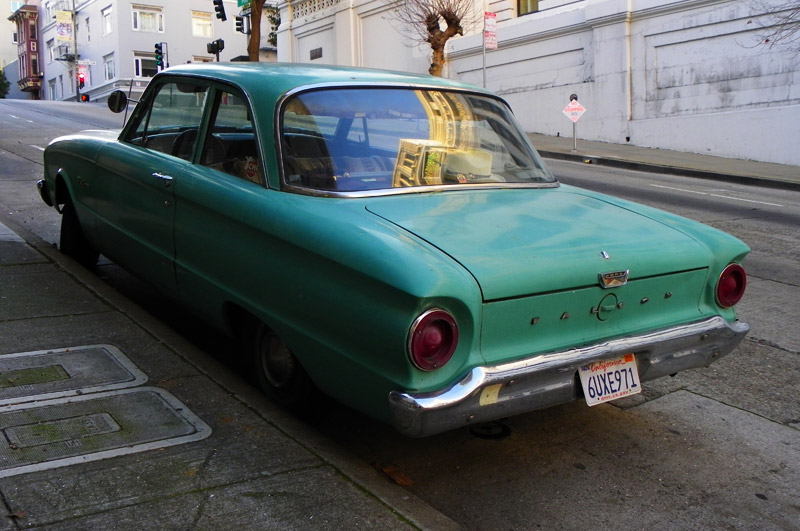 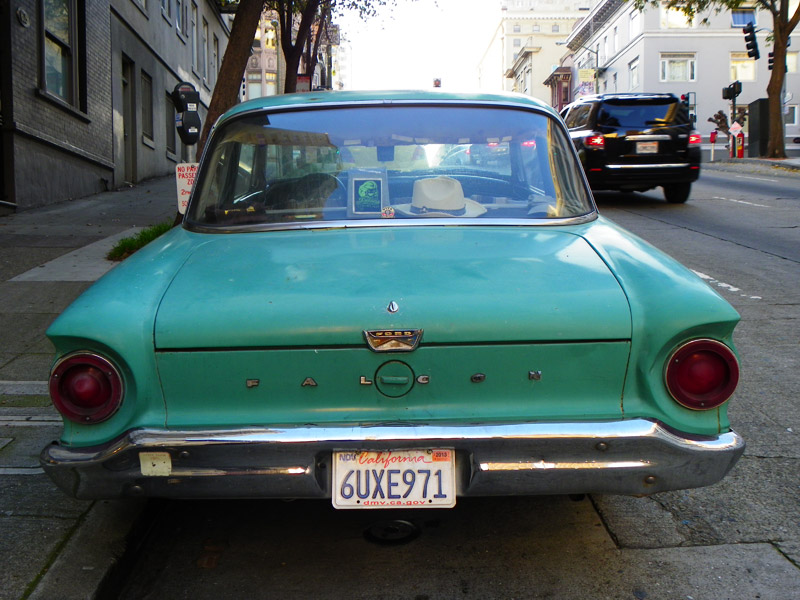 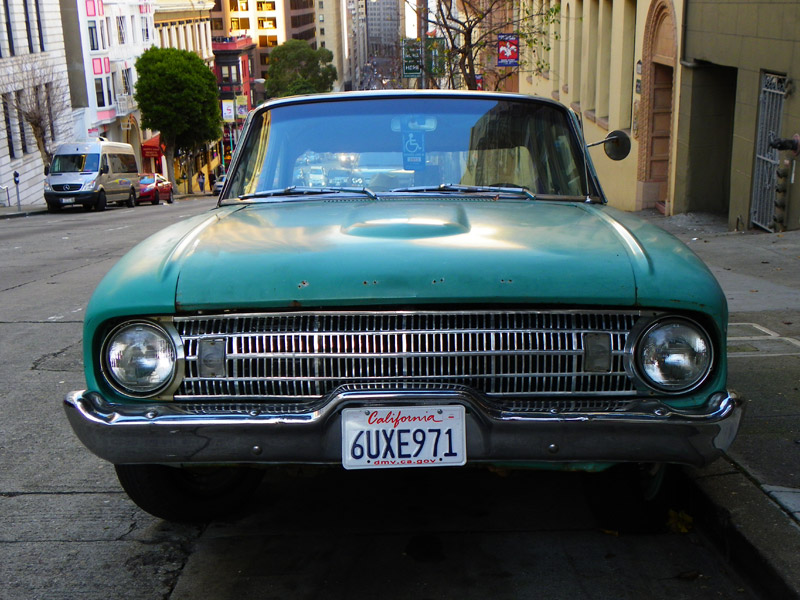 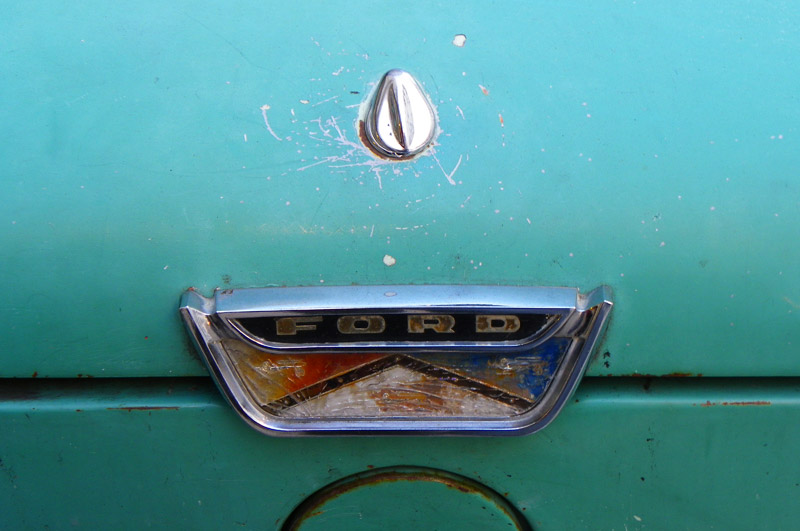 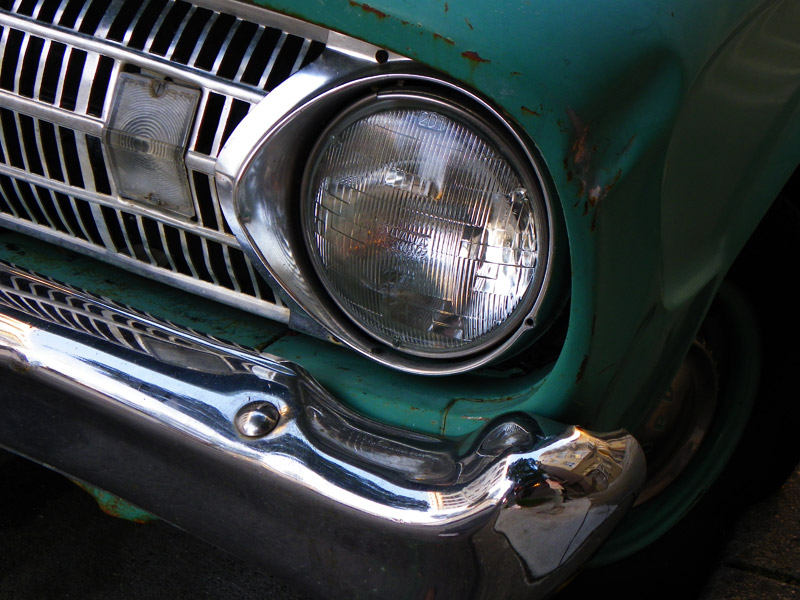 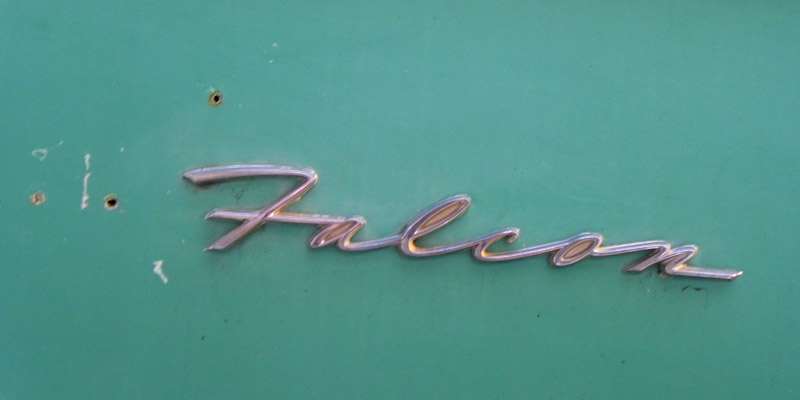 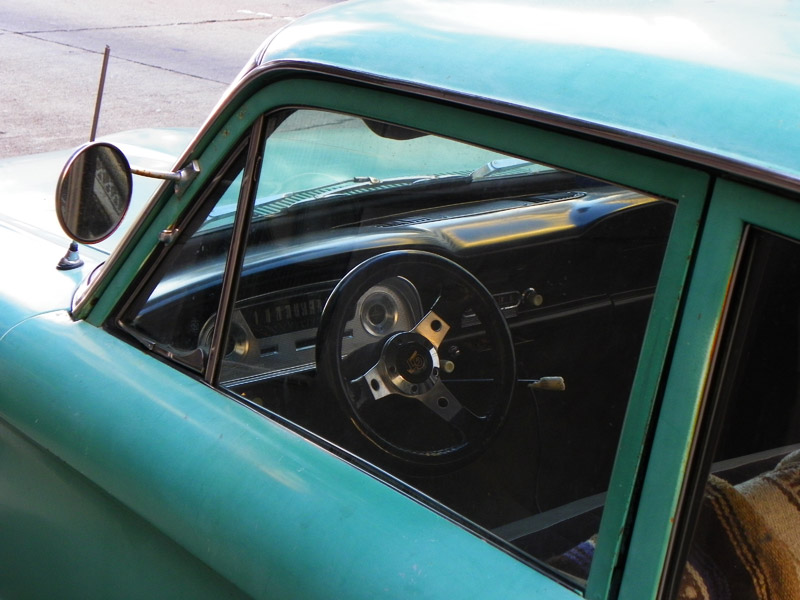 This Falcon is a basic 2-door sedan which appears to be finished in a well-worn coat of Aquamarine that resembles toothpaste. It's a solid example with a mostly straight body, though some of the trim is missing. Inside, there's a blanket covering the bench seat, so you can figure the upholstery is shot. Oddly, the rest of the interior looks pretty good. Maybe the blanket is just for show. The stock steering wheel is gone, replaced by a smaller-diameter Grant GT wheel. I found this car while venturing out of Chinatown in San Francisco, searching in vain for the 1959 Edsel Ranger that supposedly lives in the neighborhood. I photographed it because I'm a sucker for a good Falcon and the really early ones are starting to become less common now. Maybe someday I'll have featured an example of every year of Falcon sold in the U.S.
Posted by Jay Wollenweber at 12:00 AM