In the summer of 2010 I was returning from Santa Cruz's silly tourist trap, the Mystery Spot, and happened upon a white 1966 Dodge Monaco 440 station wagon parked on the street. It would have been an awesome subject for a street sighting feature, but I passed. One photo from the driver's seat of my car and away I went, promising myself that I would go back someday and shoot it properly.
Two years passed. I went back. The car was gone. In its place was this, a 1963 Chrysler 300 coupe. The owner walked outside while I was photographing it and I asked what happened to the Monaco. He told me he had sold it, but one day while Googling for 1966 Monaco wagons he had found a picture of his wagon, posted on a car blog called California Streets. Small world, indeed! 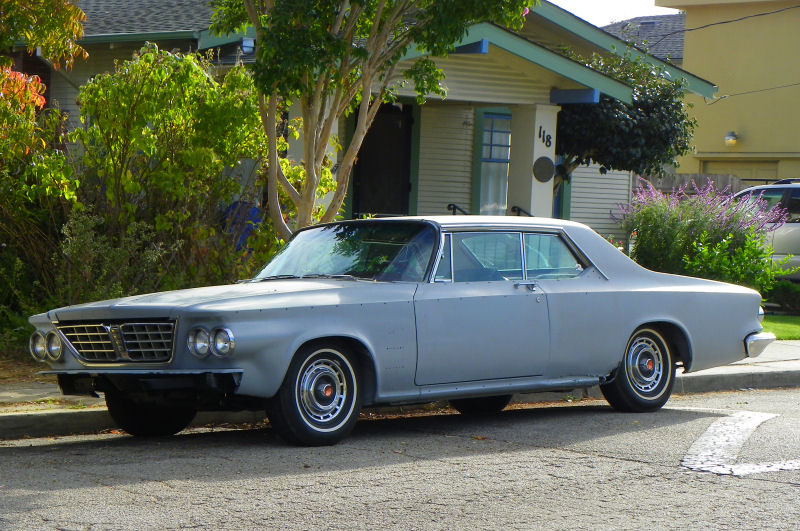 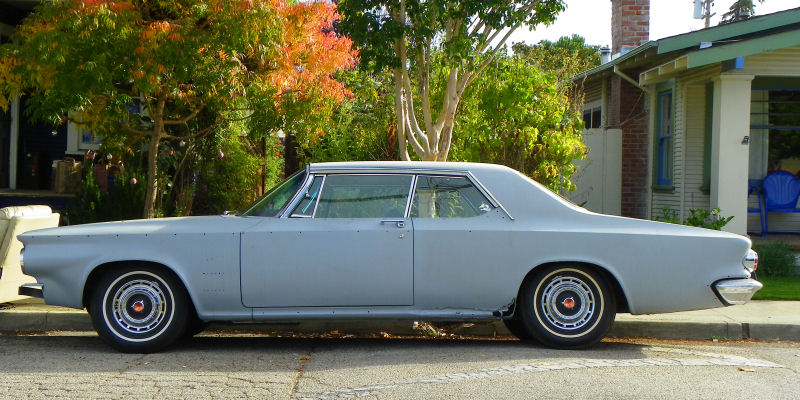 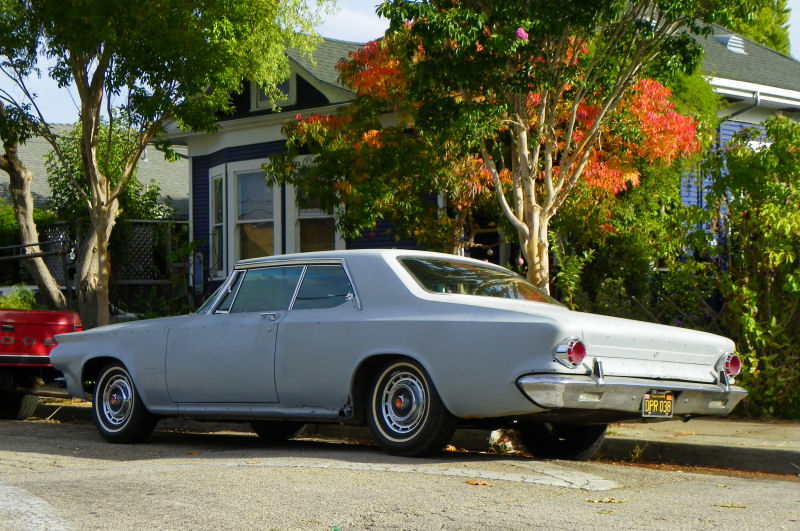 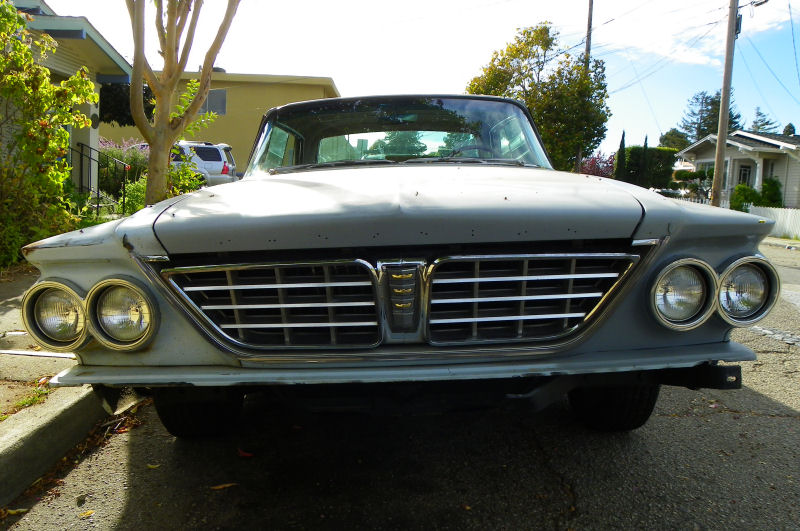 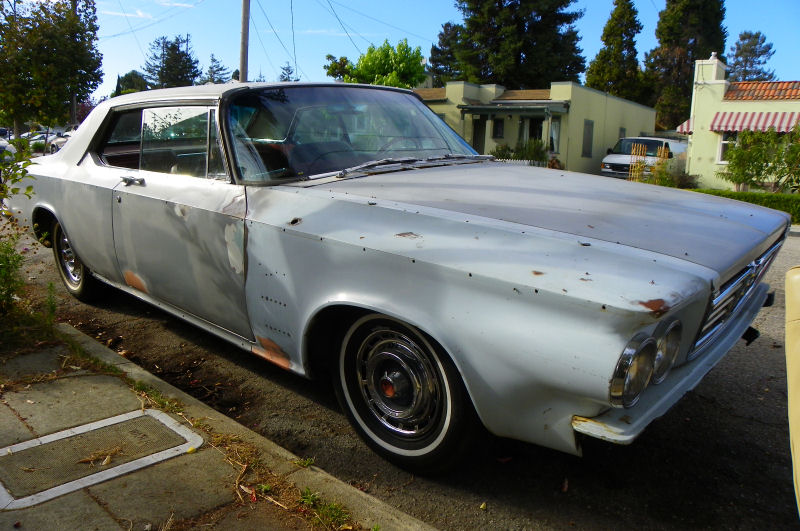 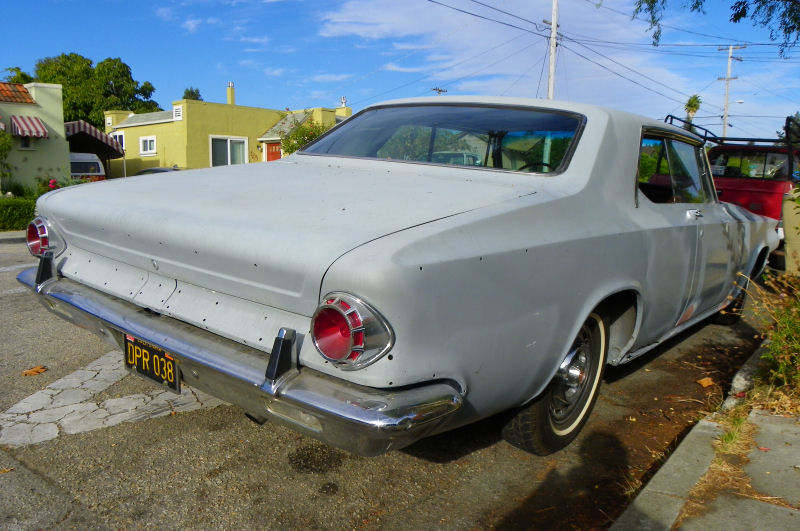 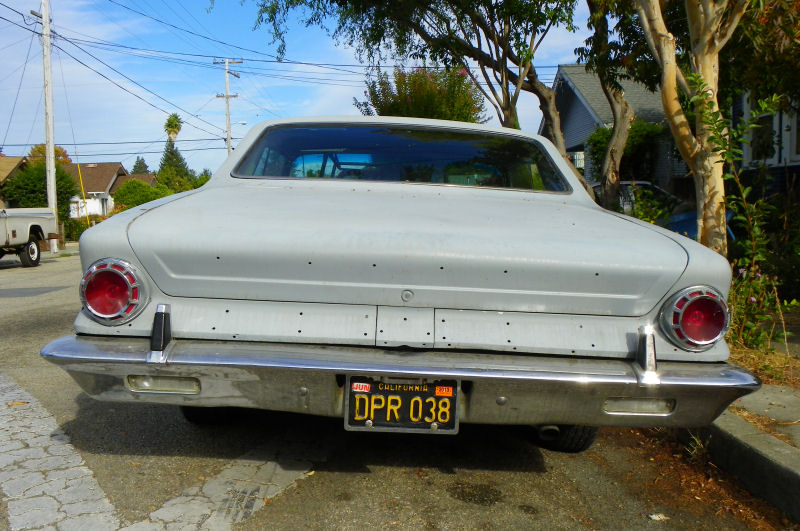 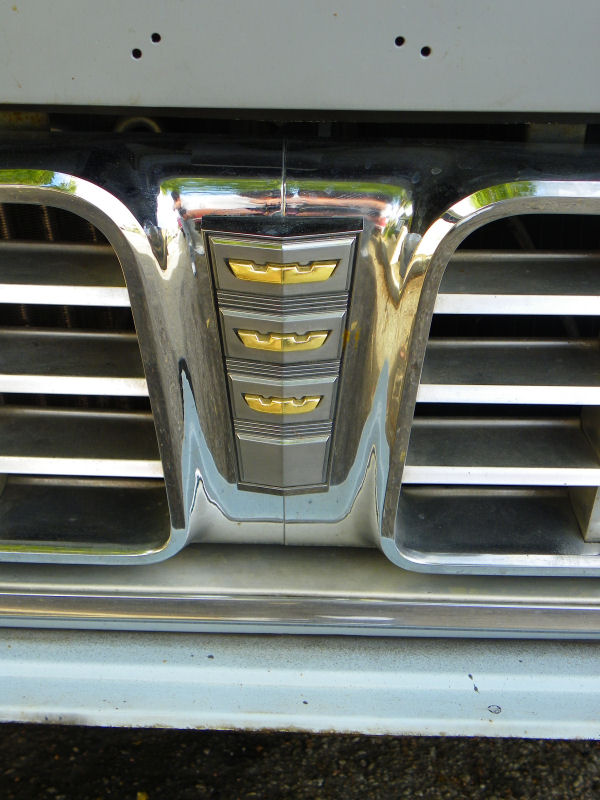 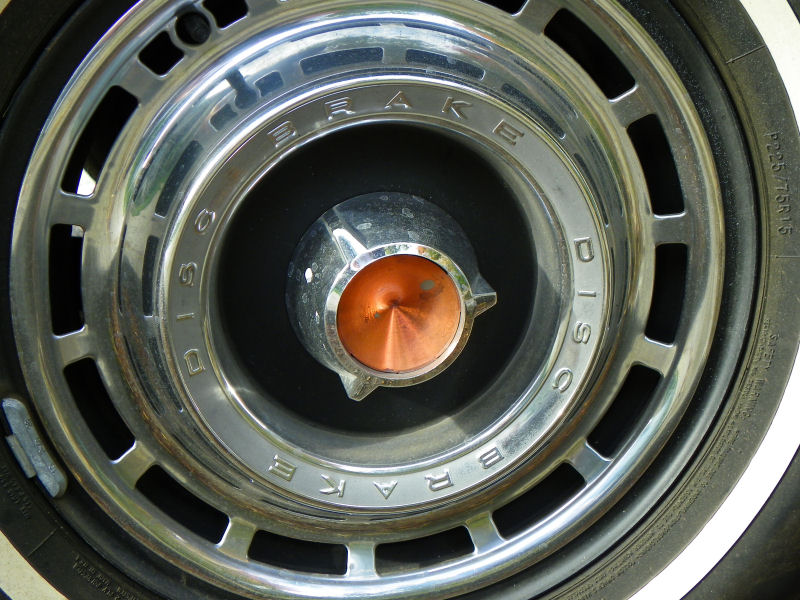 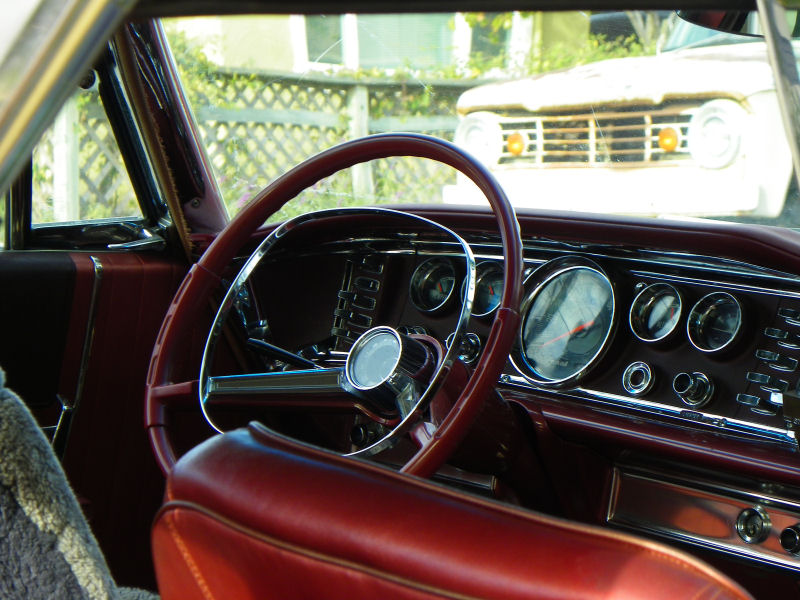 The 300 coupe was part of Chrysler's full size line in 1963 and shared its body styling with the New Yorker sedan. This one is powered by a 413 Wedge V8 shifted through a push-button automatic. The body may look rough in these photos, but it will get better. The owner, a collector of budget Mopar vehicles, is in the process of restoring the car as a "phantom" New Yorker coupe. When finished, it will be complete with all New Yorker exterior trim and (I assume) interior parts. Speaking of the interior, it's one of the high points of this car. It looks beautiful. Also note the "Disc Brake" lettering on the hubcaps. That was pretty high-tech stuff on an American land yacht in 1963. Given the 300's sporty personal luxury reputation, those were an important feature.
I look forward to hopefully seeing this 300/New Yorker finished someday. There aren't nearly enough Chrysler products from the early 1960s on the road anymore and this one will be sweet.
Posted by Jay Wollenweber at 12:00 AM