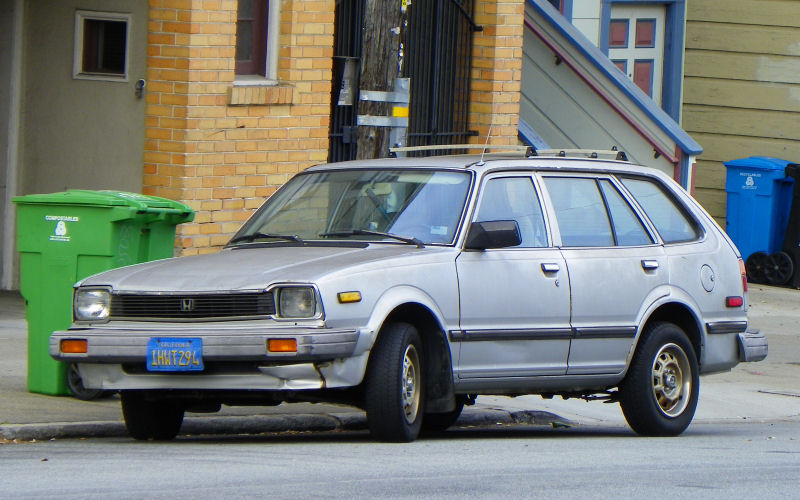 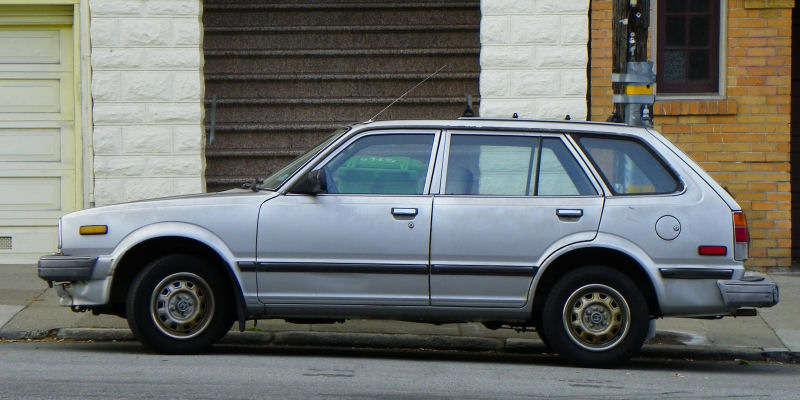 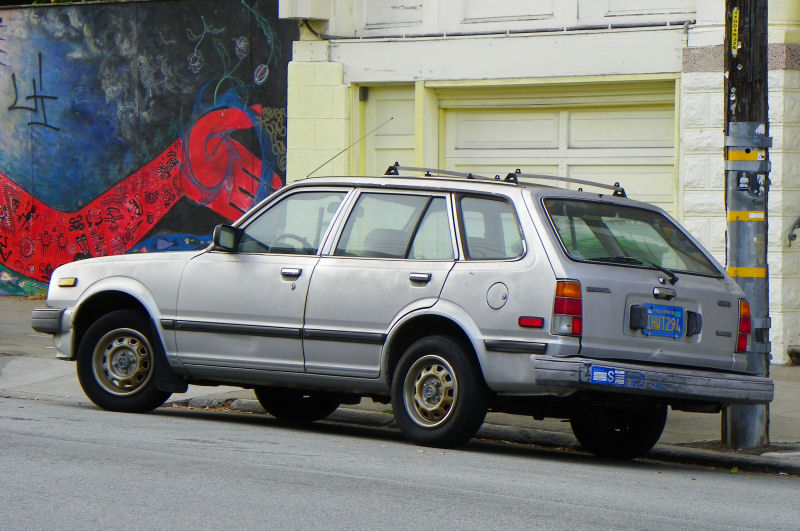 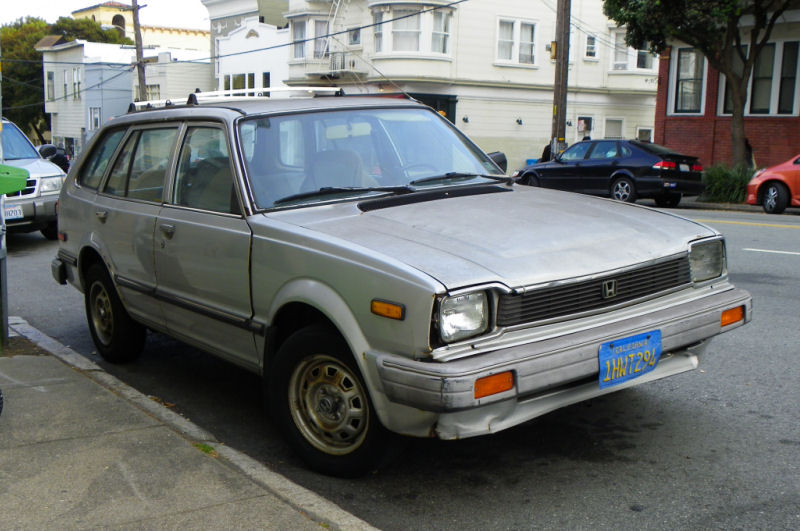 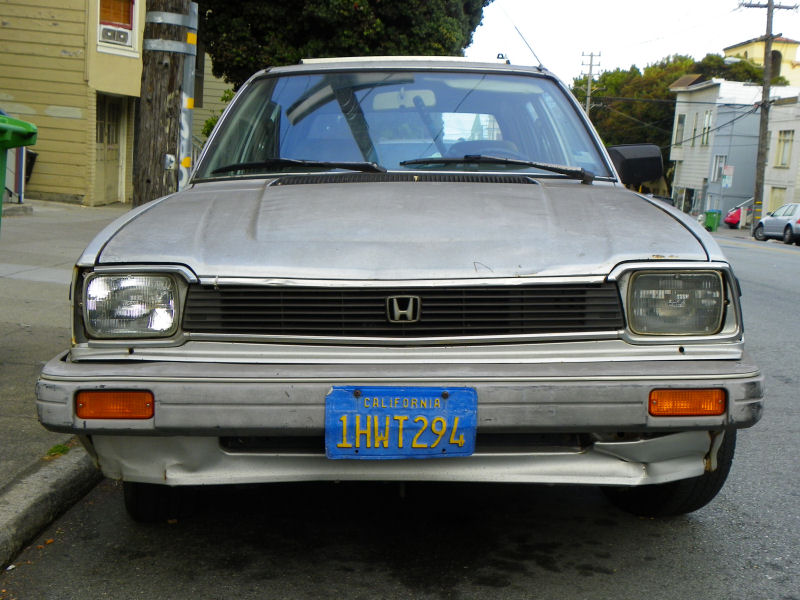 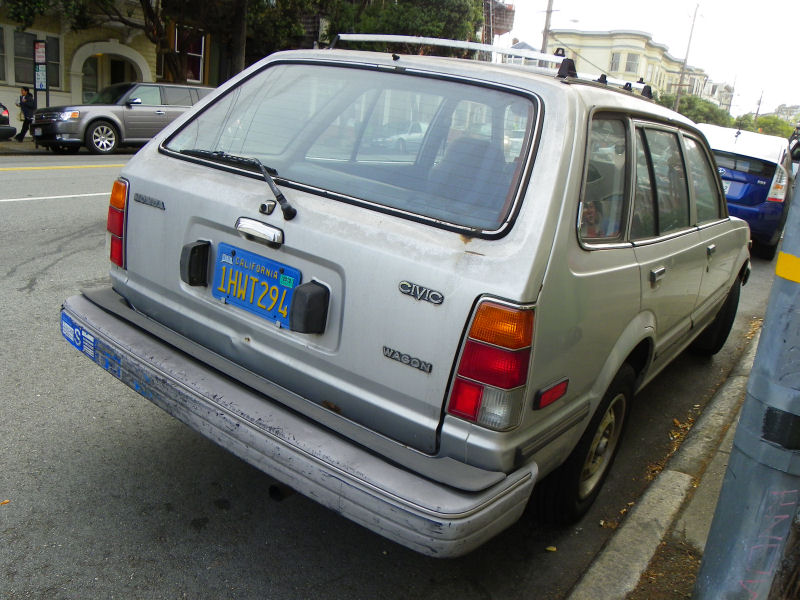 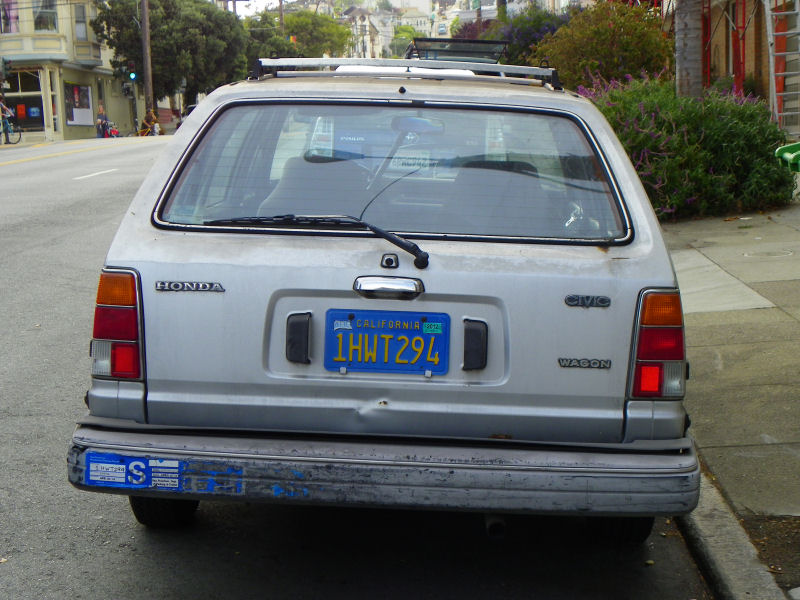 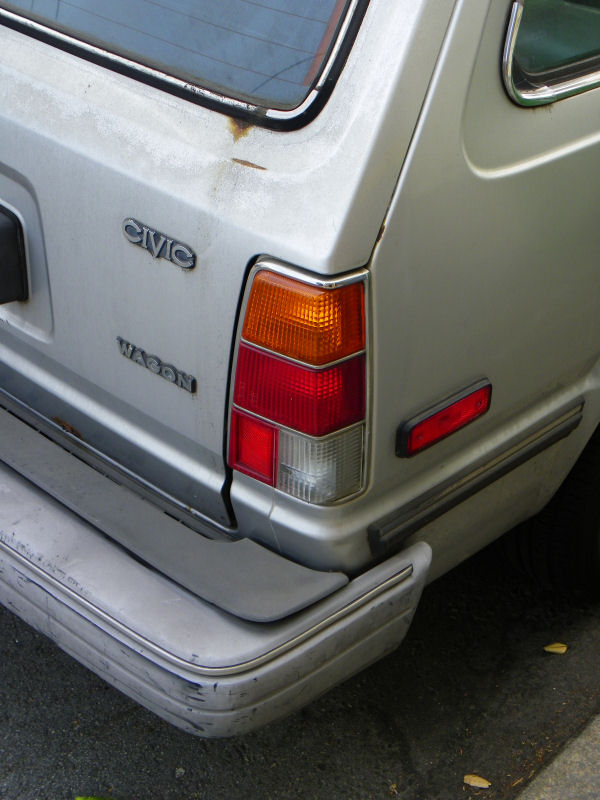 The Civic wagon was a no-frills utility car in its day. It came in one trim level and you had an option of a 3-speed automatic transmission if you didn't want to row your own gears. Power came from a 1.5 liter four. Amusingly, in Japan the Civic wagon could be ordered with American-style artificial wood paneling, but this option was not available in the US market.
This car is in well-worn condition after nearly 30 years in the city. Note how the front license plate has been flattened and mashed around the bumper, and the old parking permits look like they have been scraped off through parking by feel. Despite the baked paint, scuffed bumpers and mangled front valance and rear hatch, the body is in remarkably good condition. From what I gather, manual-equipped Civic wagons have a "5 Speed" addition to the "Wagon" rear hatch badge, so this may be an automatic car. I don't doubt that it's an utterly slow urban runabout, but it goes about its business with fuel economy just about on par with a modern Civic and is probably just as reliable.
Posted by Jay Wollenweber at 12:00 AM