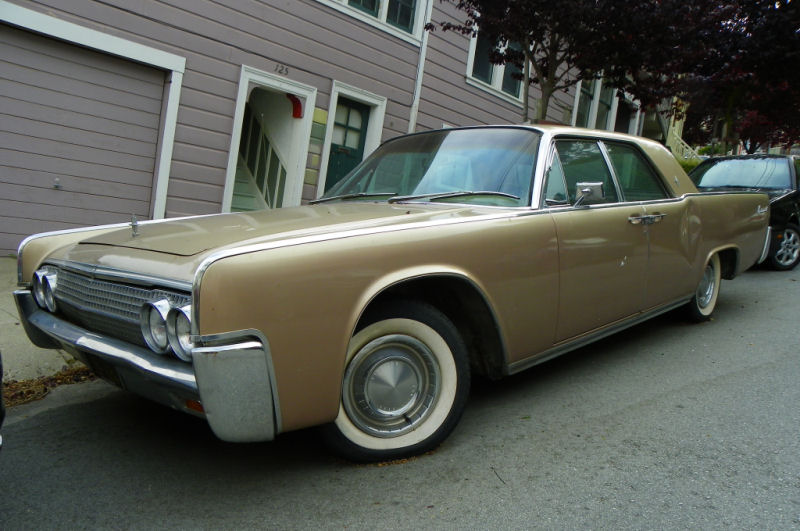 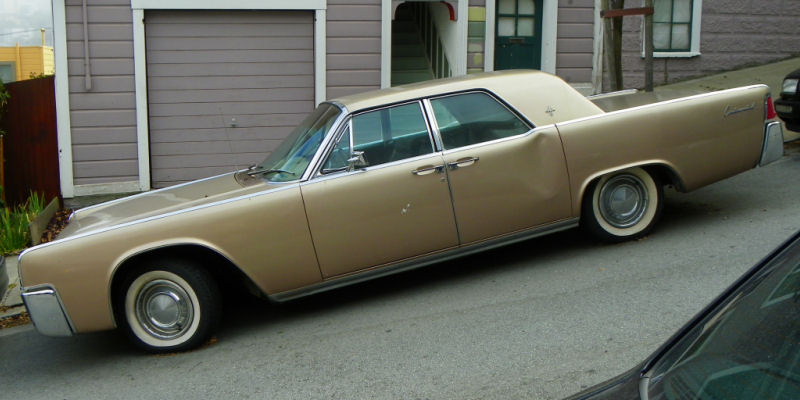 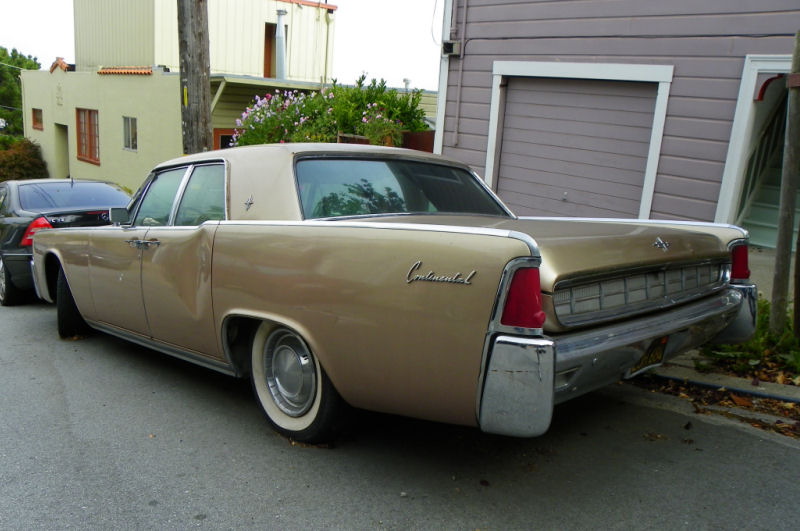 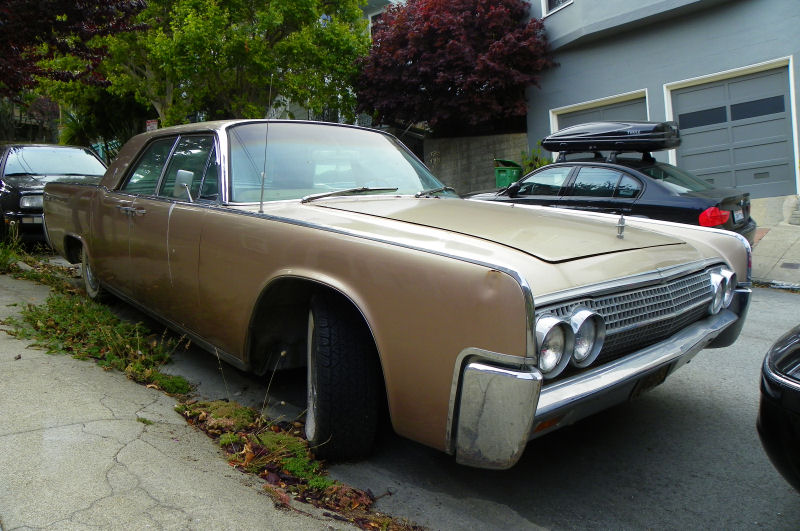 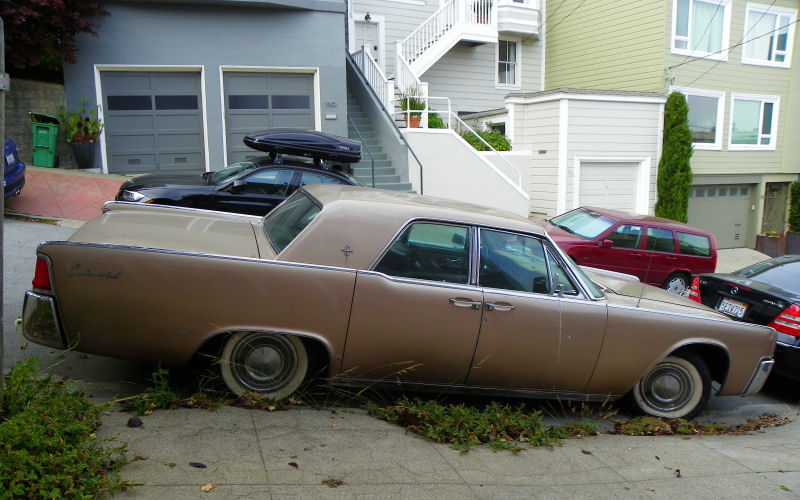 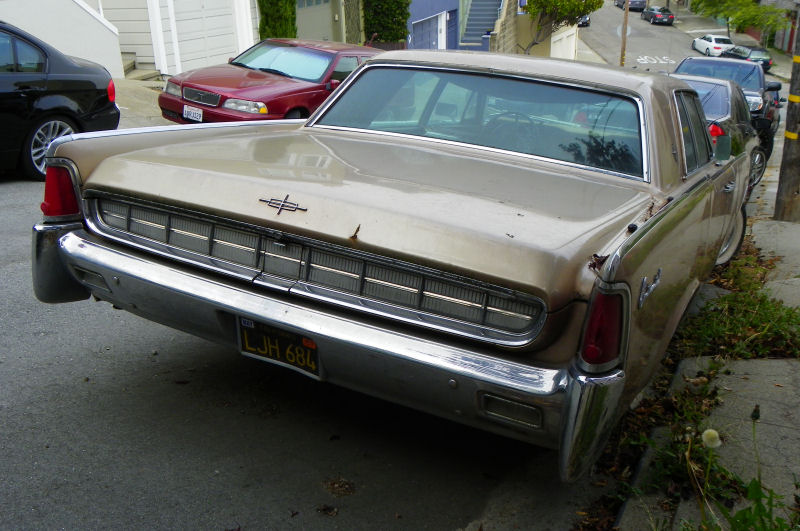 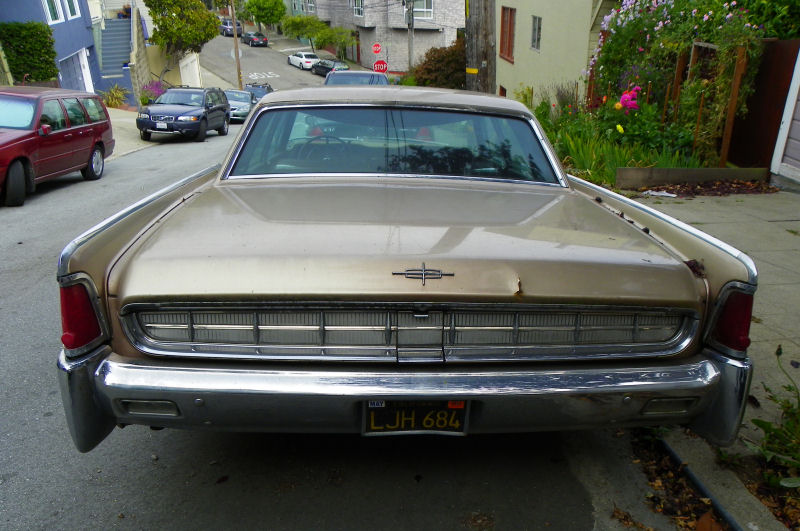 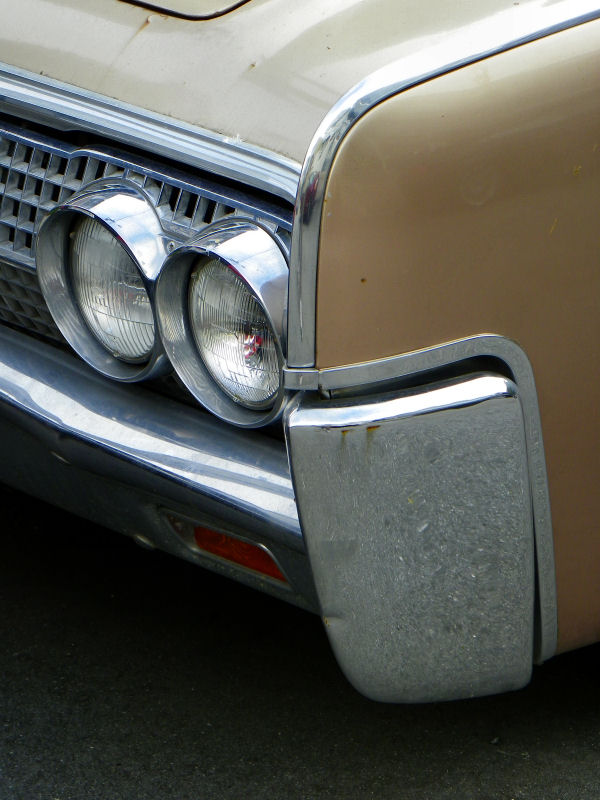 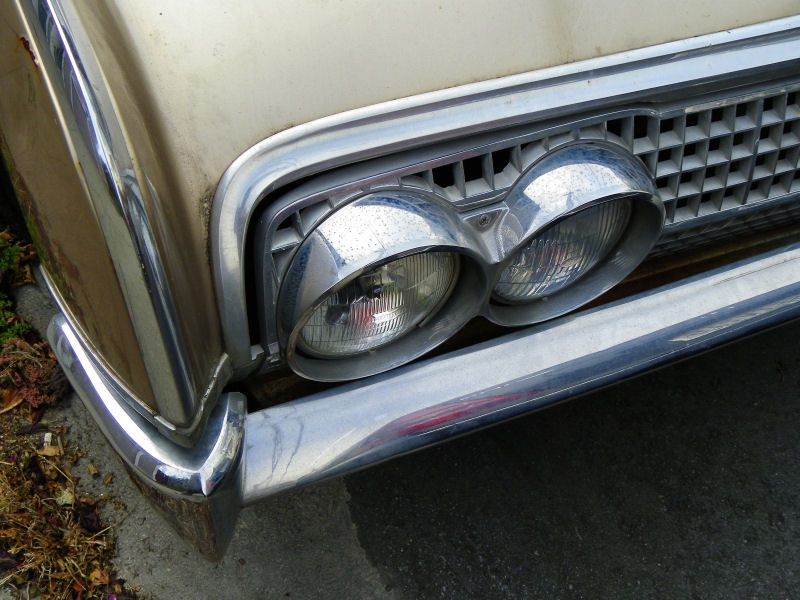 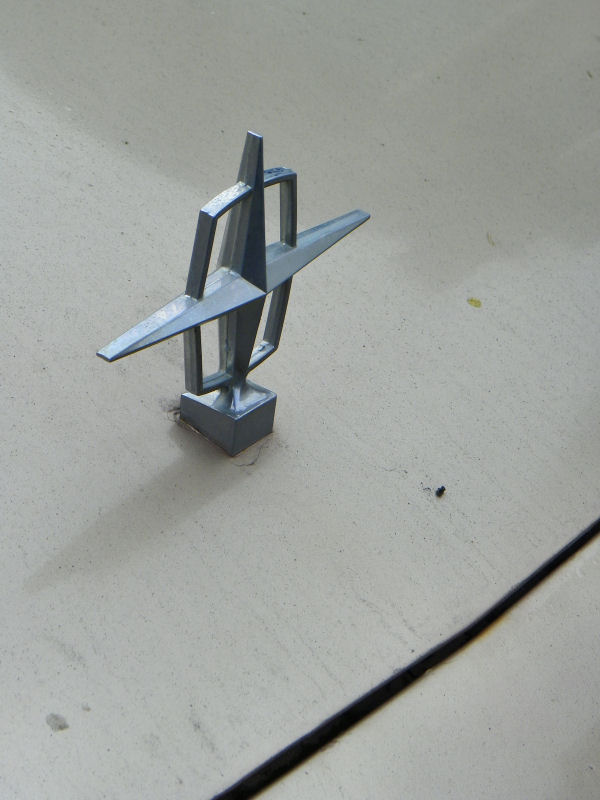 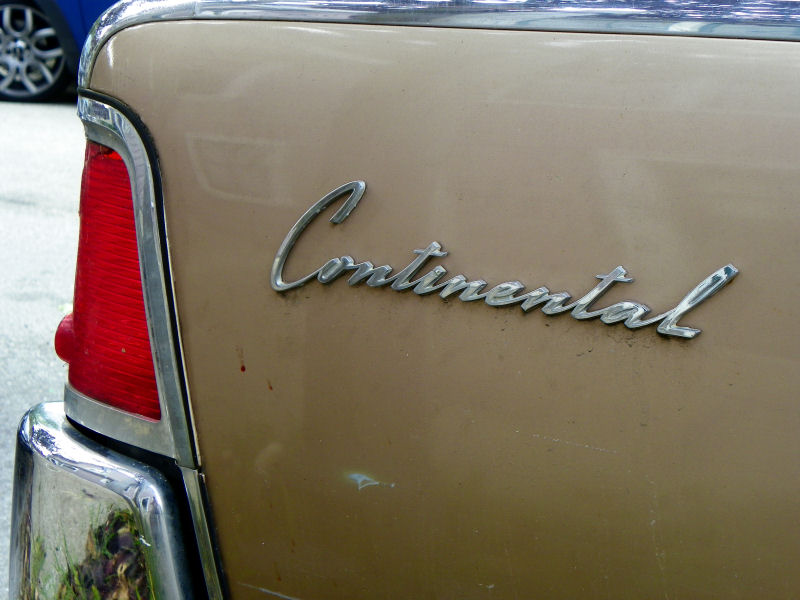 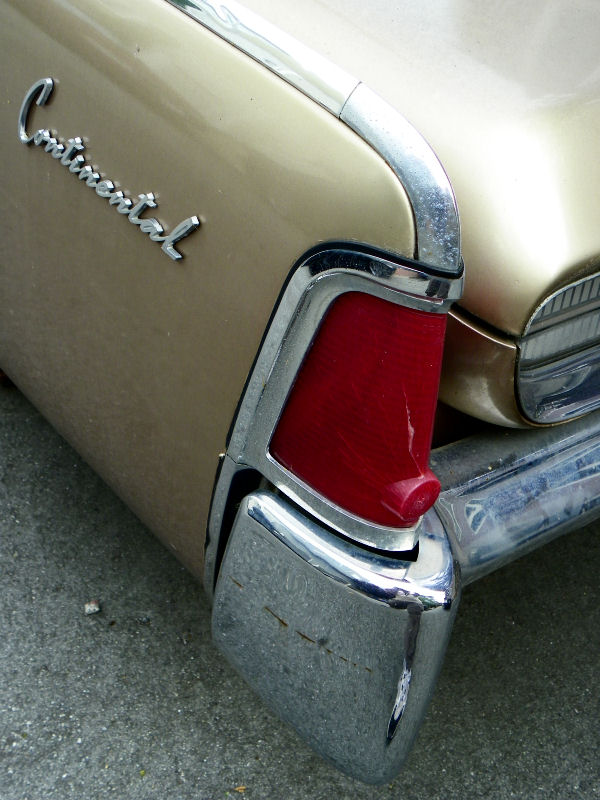 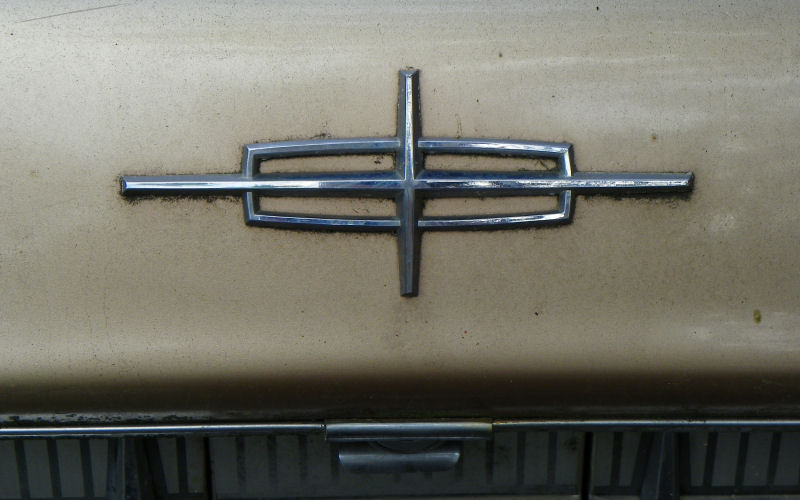 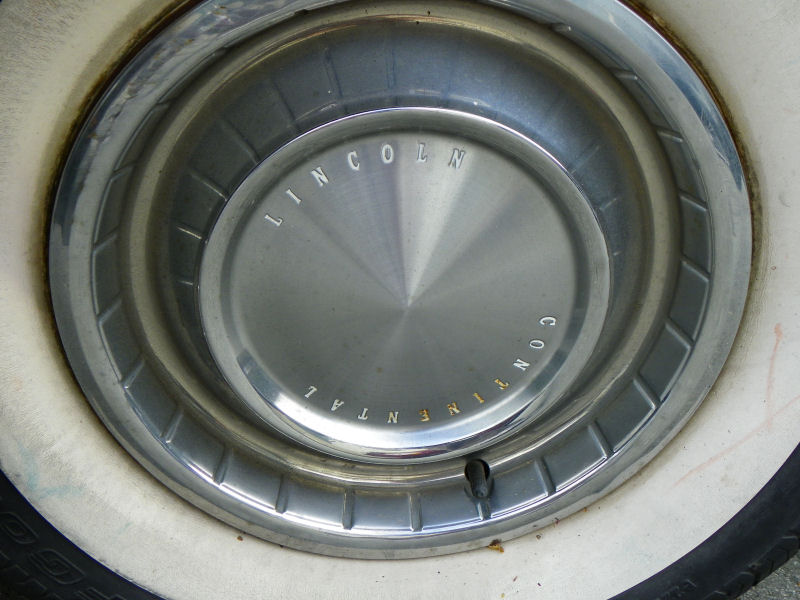 It should come as no surprise then, that the white Continental I found in perfect condition a few years ago was parked on a nice wide street in the flat, level Richmond District. Life is tougher with a big car, and it shows in the damage this car has suffered. A skilled body man could probably massage out that large dent in the left passenger door, the right front fender and the trunk lid. The body appears solid for the most part, with only a little rust visible. It's nice to see a car like this with all the hubcaps in place and wearing a period (if not original) license plate. I also like the color, because I see too many of these cars painted white or black.
While the condition is a little worse than I initially hoped when I saw this big Lincoln, the fact it's apparently someone's daily driver is encouraging.
Posted by Jay Wollenweber at 3:07 PM