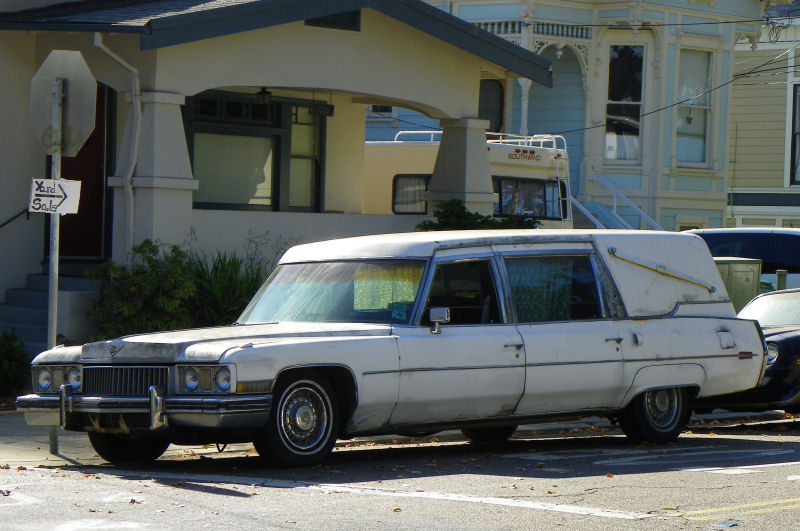 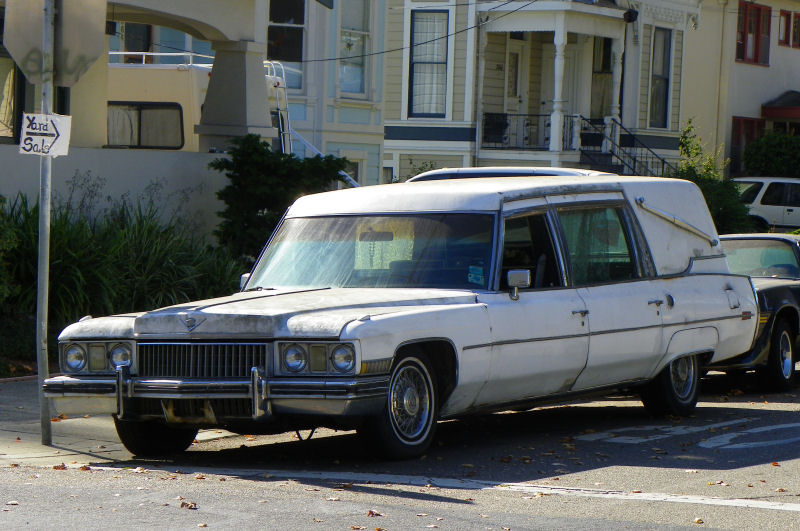 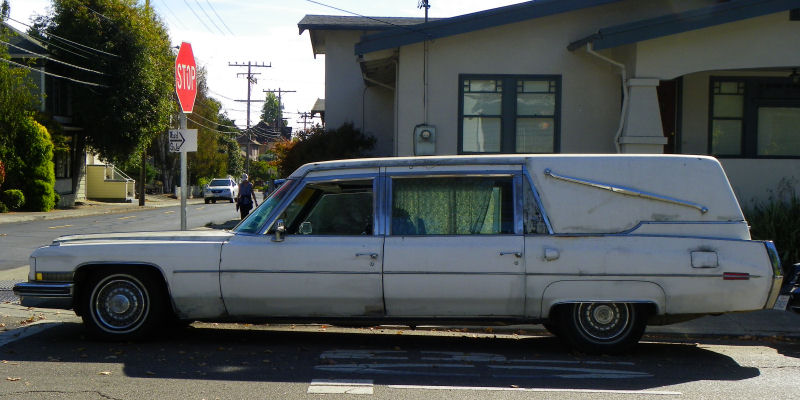 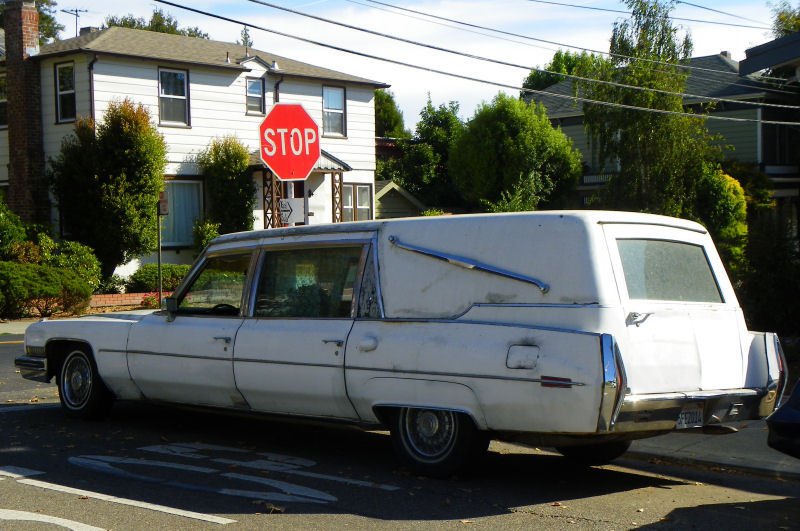 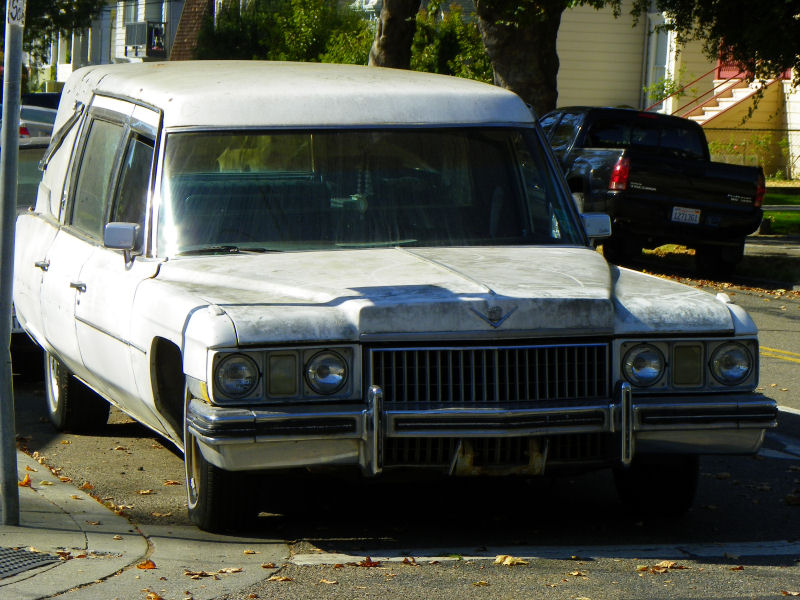 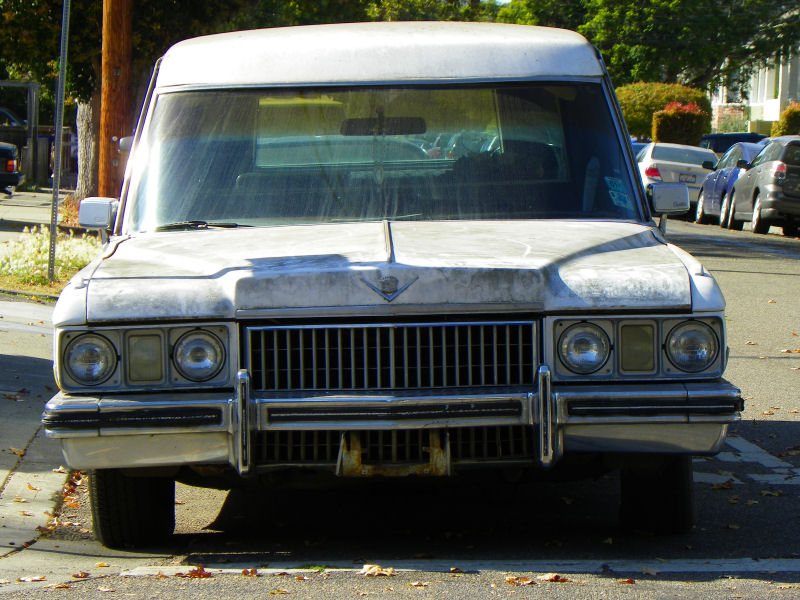 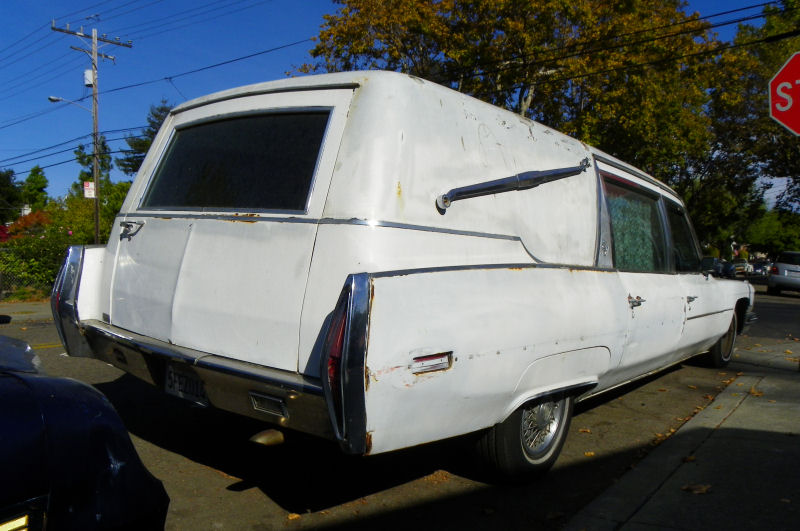 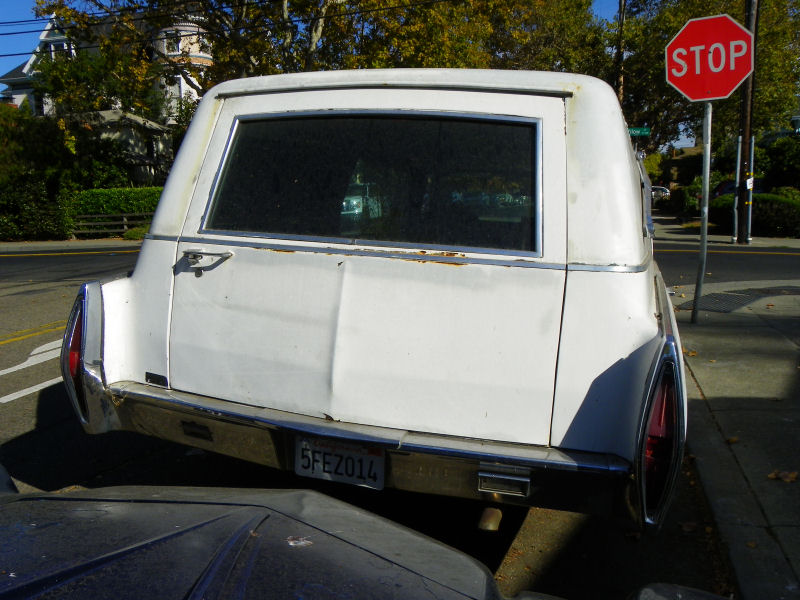 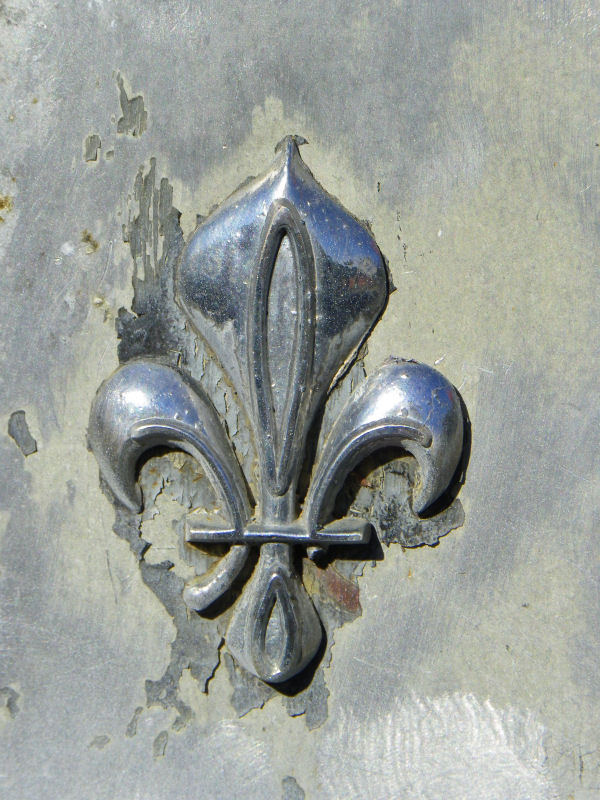 Cadillac has dominated the hearse market for decades, and older examples are still floating around as funeral homes and mortuaries have decommissioned them for new units. Until the arrival of the Cadillac CTS wagon in 2010, a hearse was the only way to go if you wanted a Cadillac station wagon. That is, of course, unless you got a special custom coachbuilt wagon - those are out there as well and I've seen a few.
Old hearses seem to be bought by young people, maybe because they're spacious and cheap and have a stigma of weirdness that appeals to rockers and gothic types. Certain social outcasts might like cruising around in a car intended to transport a dead person in a box, because the public thinks that's strange and they really don't care what the public thinks. I have friends who are like that, some of whom aspire to own a hearse someday for exactly that reason.
This hearse appears to have coachwork by Superior. It's clearly seen better days and is badly in need of new paint to stop the rust that's slowly decaying the body. Aside from that, virtually all the parts appear to be present and intact, right down to the fleur-de-lis decorations on the C-pillars. The only real body damage is on the right side where a couple of stainless trim spears and a side marker lens have been knocked off from a minor collision. Annoyingly, some immature individual saw fit to draw a certain feature of the male anatomy in three or more different places on the right side of this car with a Sharpie marker. Come on, people. It's a vintage Cadillac! You don't mess with that.

Wishing my readers a safe and happy Halloween!
Posted by Jay Wollenweber at 12:00 AM