In the world of coupe-utility pickups the names Ranchero and El Camino are well loved and widely known. Utes are a way of life in many countries, where the Ford Falcon and Holden Commodore and even Fiats and Peugeots are offered in car-based pickup versions in certain markets. There is another ute that was sold in the US market which a lot of people forget - the Subaru BRAT. 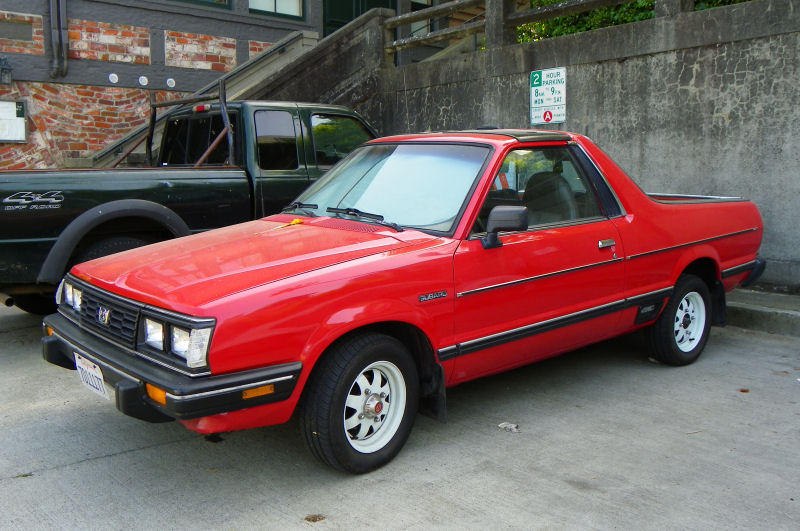 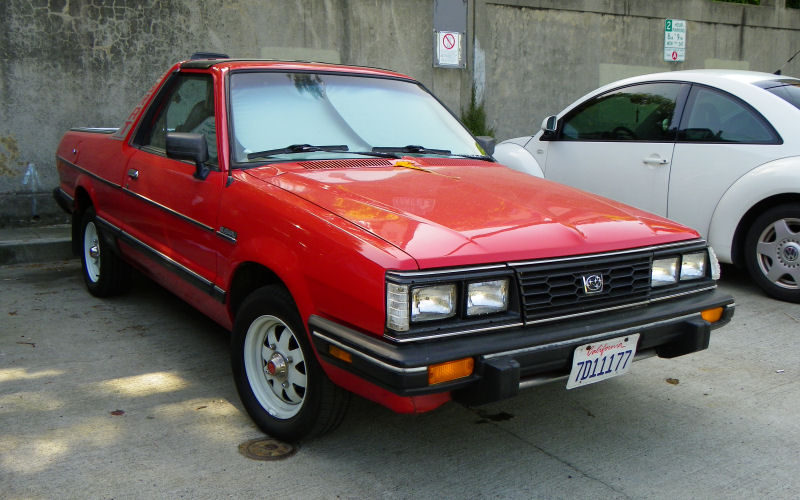 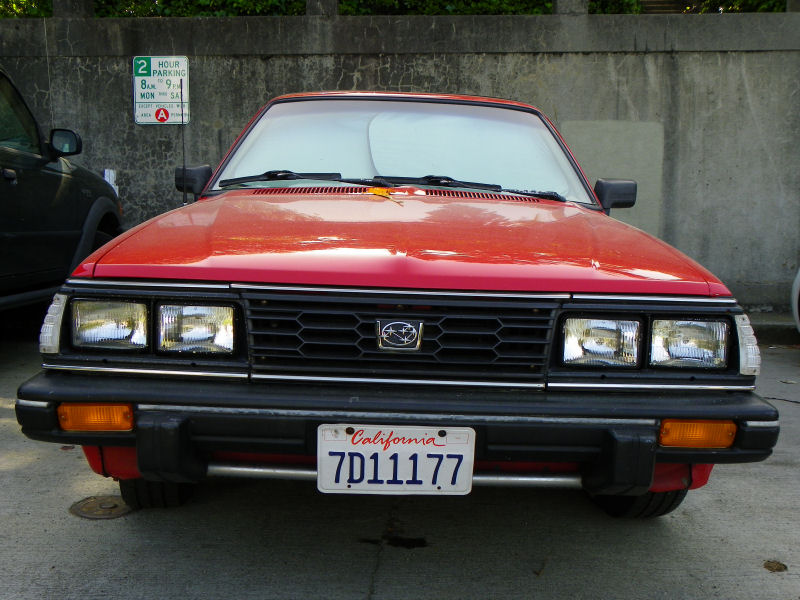 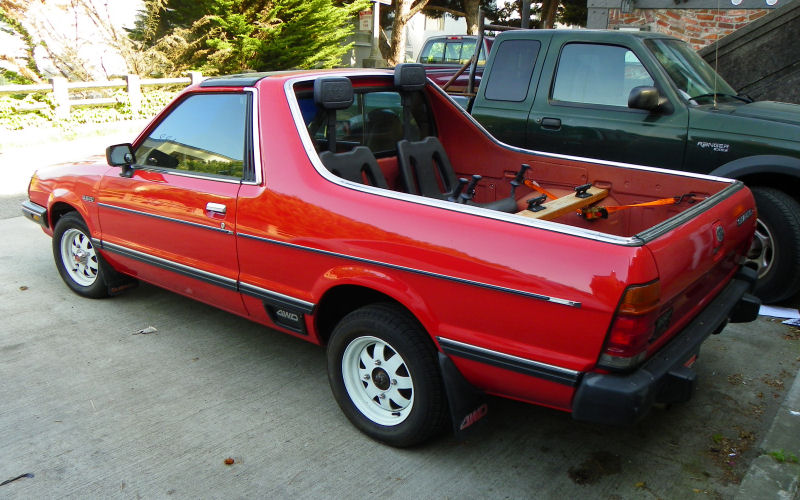 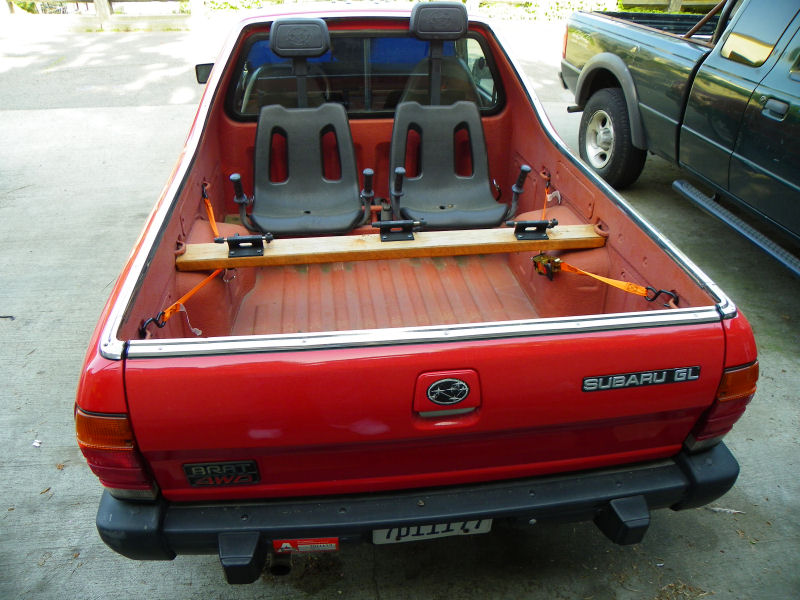 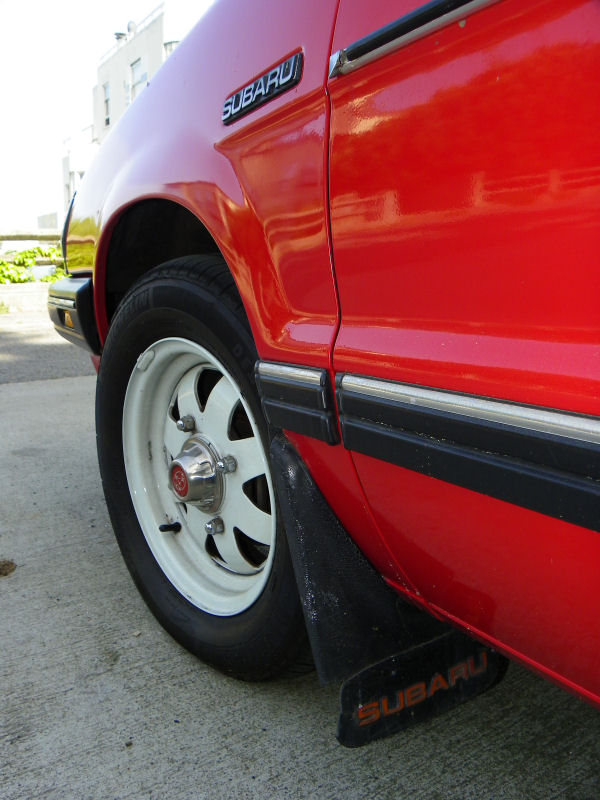 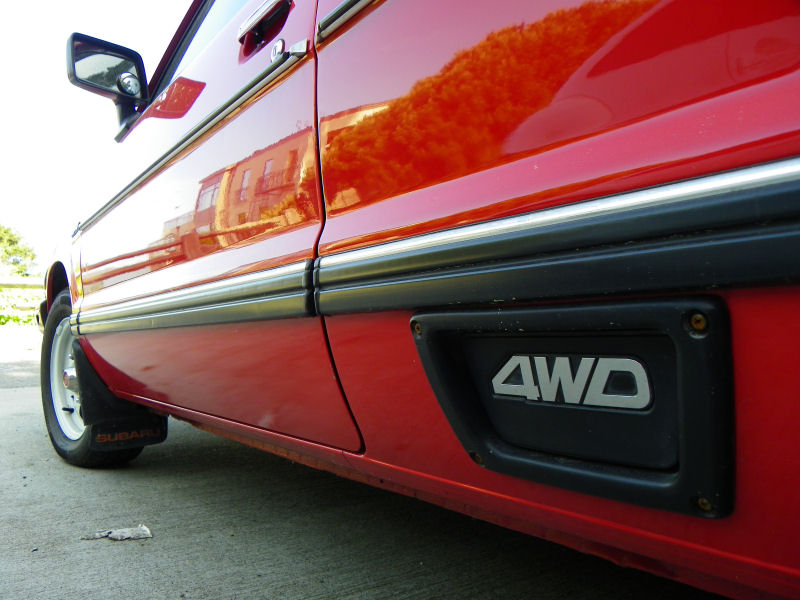 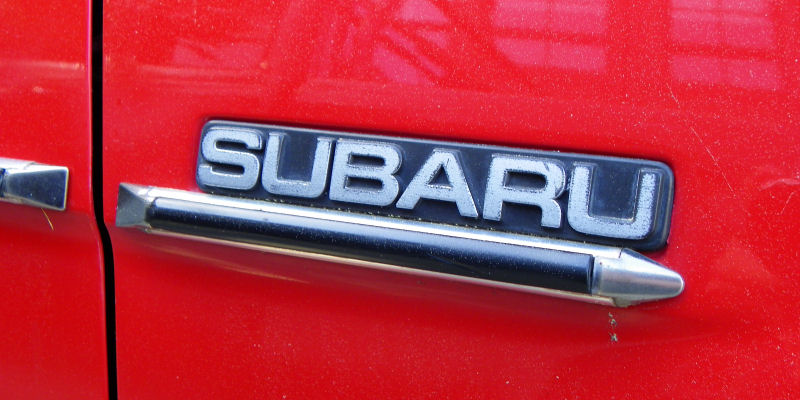 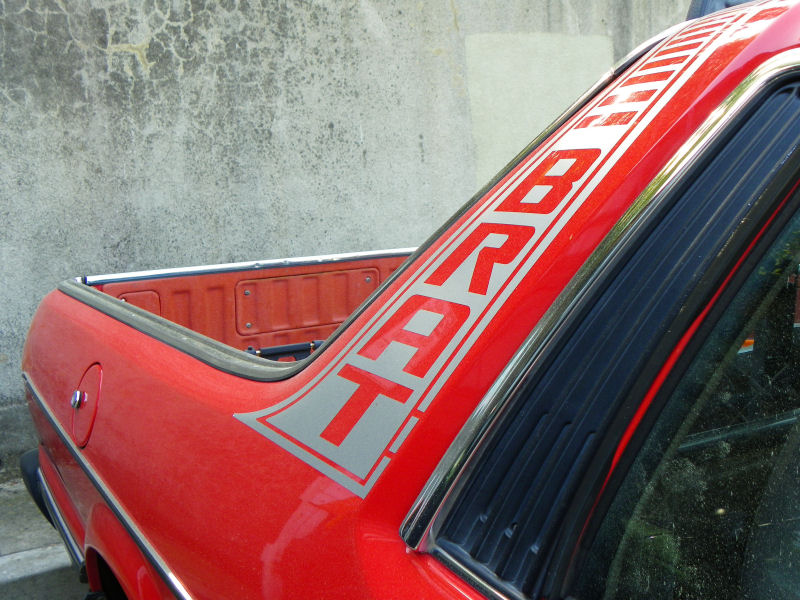 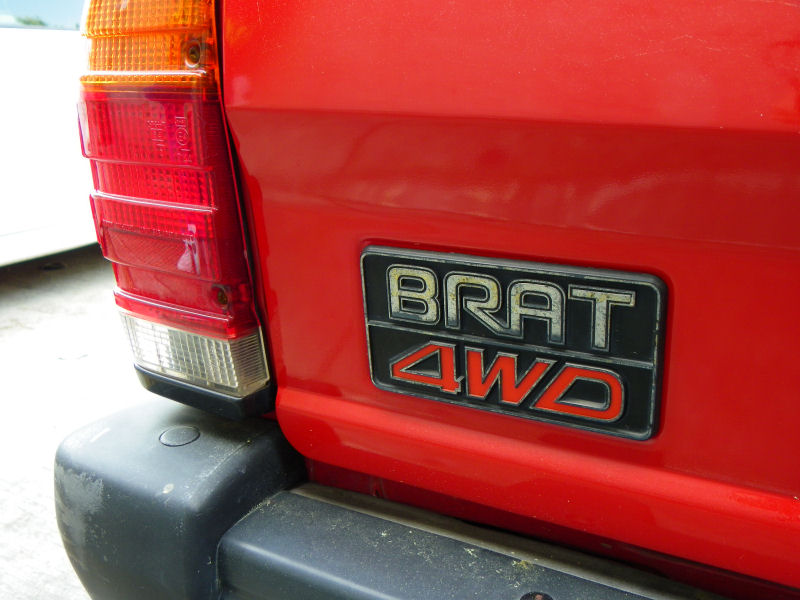 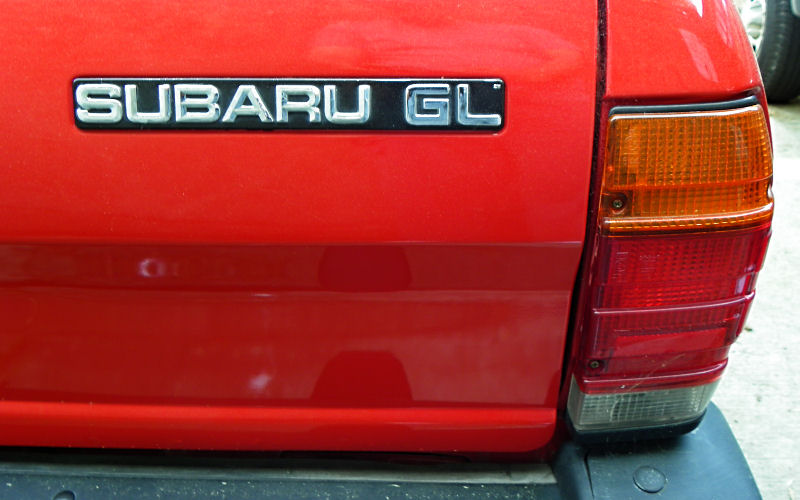 The BRAT (Bi-drive Recreational All-terrain Transporter) was based on the Leone, which could be had in a variety of body styles. It was produced from 1978 to 1993, but was only sold in North America until 1987. Some 92,445 were sold in North America. To avoid the chicken tax for imported trucks, Subaru installed two rear-facing plastic seats in the bed complete with hand holds, seat belts and adjustable headrests, thereby qualifying the BRAT as a passenger car. (Interestingly, the California DMV doesn't seem to have been fooled, as this one wears truck license plates.) This is a notable example because 1985 was the final year for the jump seats in the back.
This little trucklet caught my eye because it's in fantastic condition. I was initially conflicted about shooting it because it's so modern, but I very rarely see BRATs that look this good. Curiously, this one also has glass T-tops, a feature I don't think I've ever noticed on a BRAT before, but apparently it's a common option on these. It's a GL trim level, which means it has quad headlights, nicer carpet and a dual range transfer case in case you feel the urge to go rock crawling.
Subaru tried the car-based pickup formula again with the Legacy-based Baja in 2002, which was produced apparently to give their plant workers in Indiana something to do. The Baja was for all intents and purposes a sales failure with only 30,000 sold in four years. Who knows? Maybe years from now someone will find an old Baja on the street and take pictures of it for their blog.
Posted by Jay Wollenweber at 12:00 AM