I've seen a number of unusual cars cruising down the streets of San Francisco over the years, and occasionally I've been lucky enough to turn on my camera and snap a picture or two as they drive by. Three years ago I was walking through the Haight and this Morris Minor van puttered past. Needless to say, I was excited, but after two photos I figured I'd never see the little van again. And for a while I didn't see it, until this April when it showed up parked on Nob Hill. 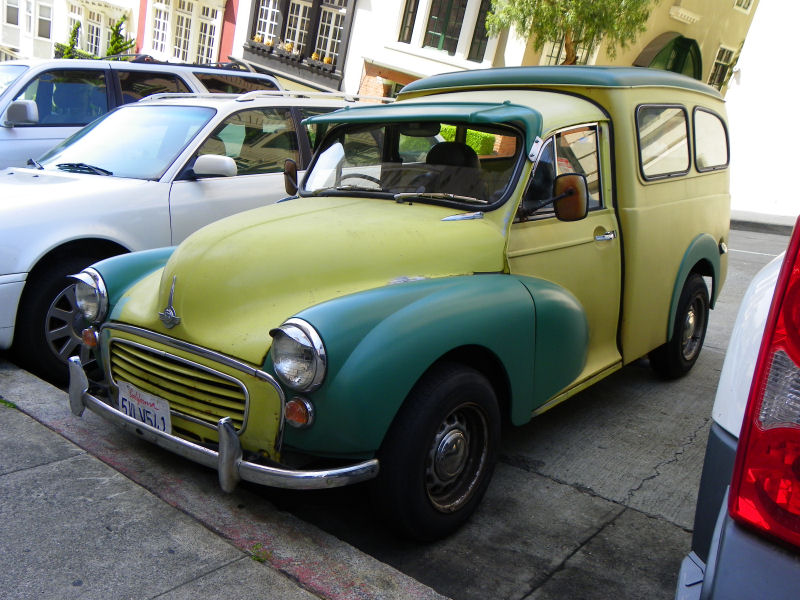 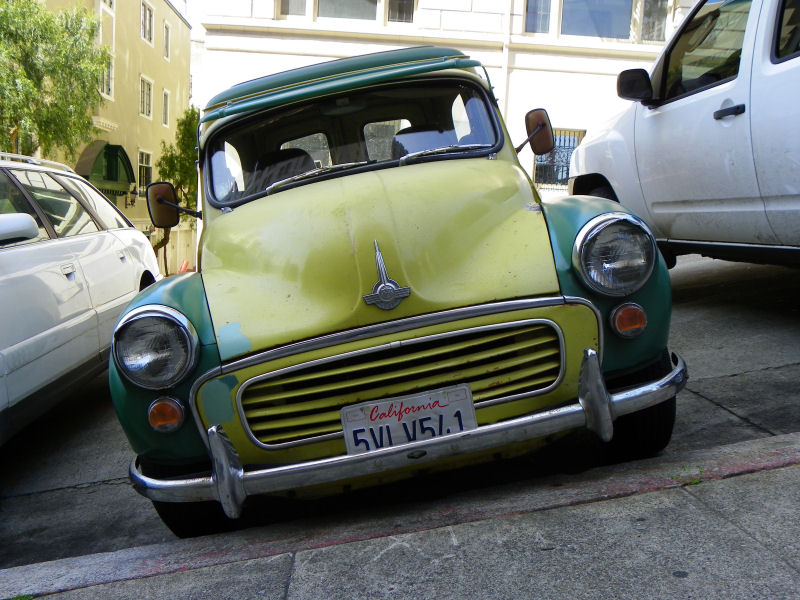 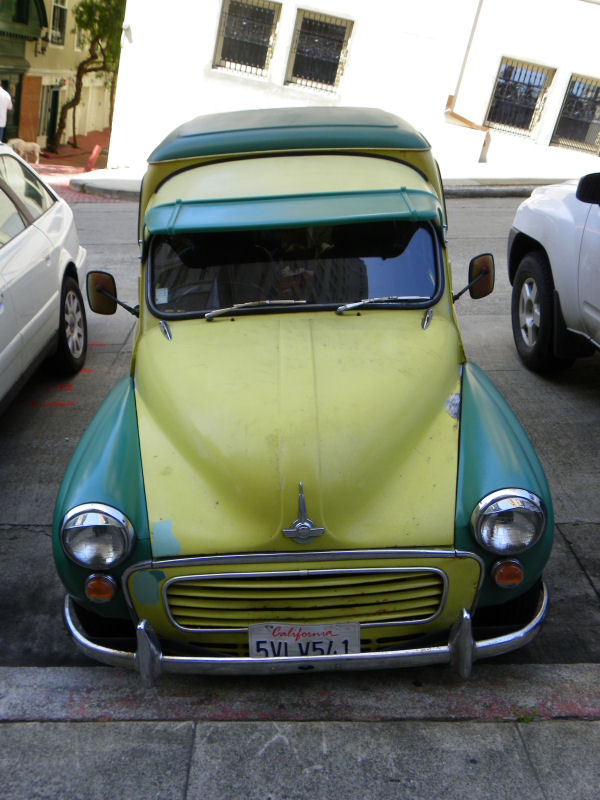 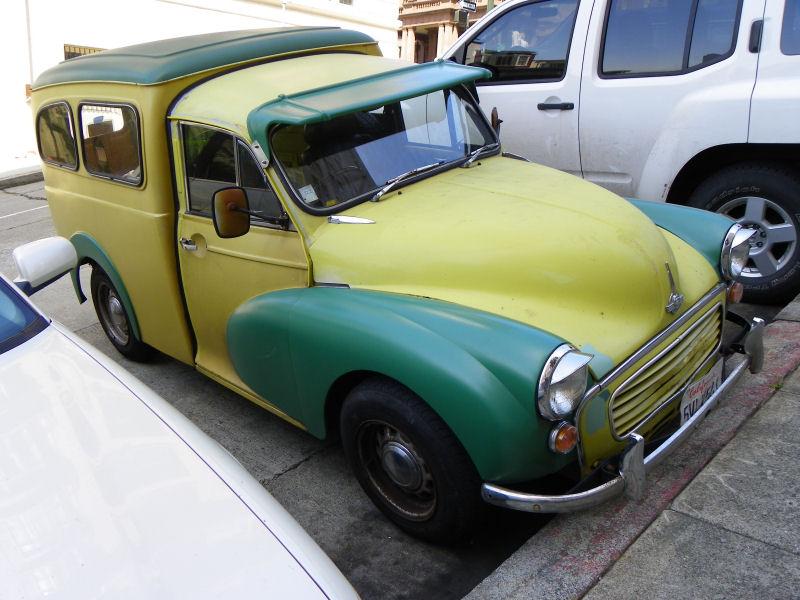 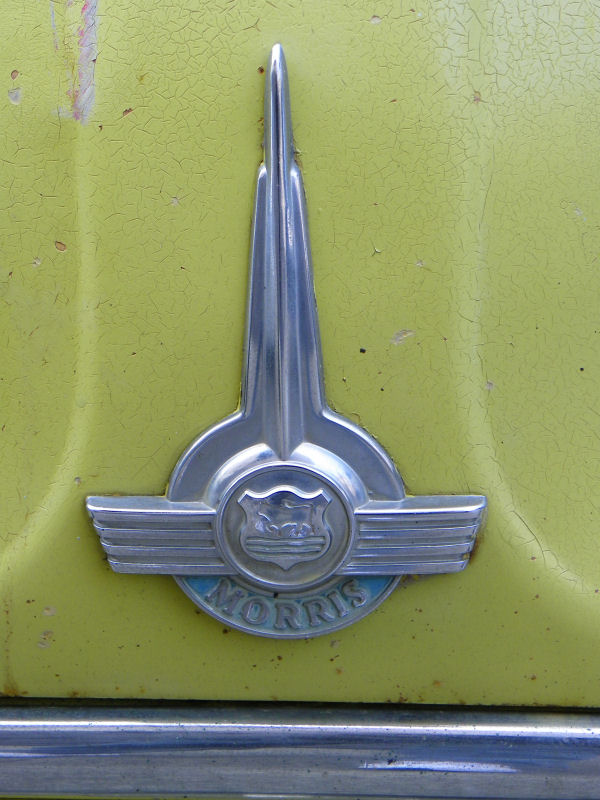 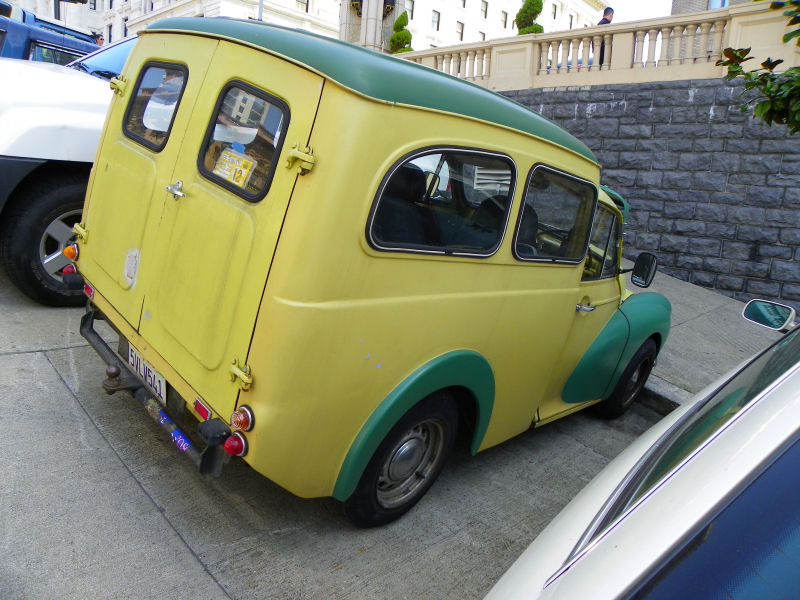 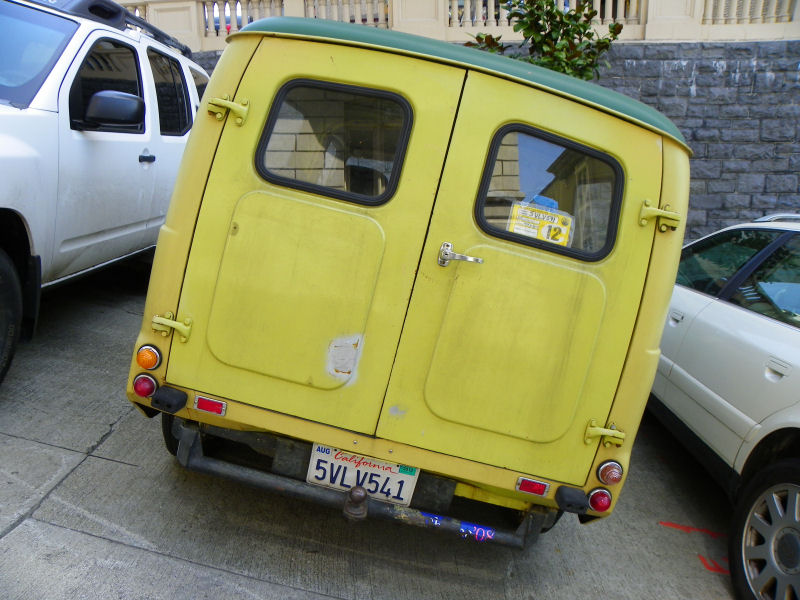 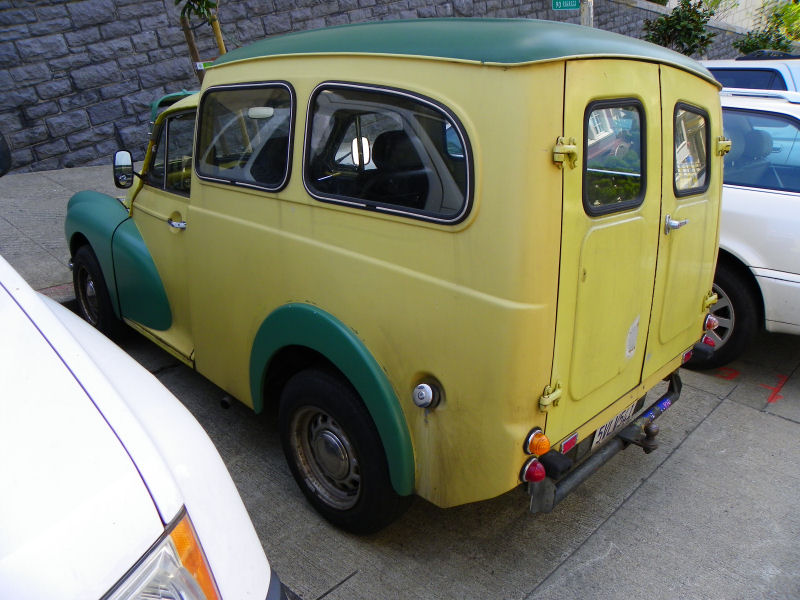 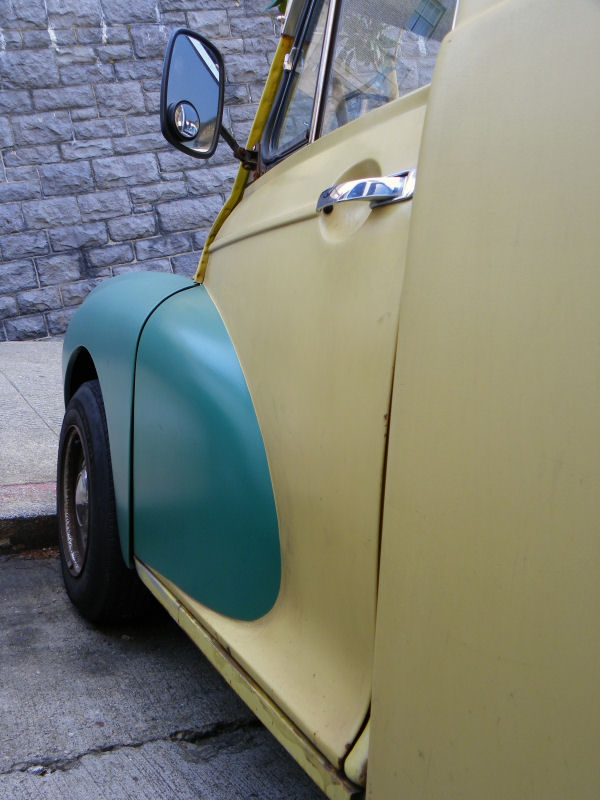 The Morris Minor was a fixture on roads in the UK for decades and over a million were sold during a twenty-plus year production run from 1948 to 1971. Even today the little cars have a strong following in their home market. But not many made it over here to the States, so they have a limited presence except as a novelty at car shows and in the more eclectic cities such as San Francisco.
I have no idea when this van was actually built, but I would guess after 1963 due to the two-colored front indicator lights. It's a mystery whether any of the yellow color is original, but the green fenders and roof are definitely not. Pictures of this van exist on Flickr, taken in 2008 when the body was all yellow. The wheels came off of a Chevy Vega, apparently a popular modification in the US because they bolted right onto the Minor and used a more commonly available tire size. The first time I saw this van it had thin whitewall tires which I think looked better on it than the plain blackwalls it wears now. Until this year the van had a body-colored bumper cover on the front, which has been removed and allows the dainty chrome bumper to shine freely. The side windows look like additions, but may be factory because a number of other Minor vans had them.
I'd like to see this van with a proper repaint, whitewall tires and original style steel wheels painted body color with chrome trim rings and Morris center caps. And scrape off the rest of that Obama '08 bumper sticker, it doesn't belong on a vintage car.


Update 7/7/16: I'd like to thank a reader known only as ~G~ who knows this car inside and out and is a friend of the owner. According to him, this Morris is a 1970 model imported from New Zealand. The side windows are factory for NZ-spec Minor vans and the yellow is the original color. The windshield visor is a later addition. He converted the car to run a Datsun 210 engine and five-speed manual transmission. Many thanks to ~G~ for his additional information!

Update 7/5/19: Found this vehicle for sale on Craigslist. Listed there as 1971 model, daily driven by current owner, with leather seats taken from a Mazda. All other details provided by ~G~ in 2016 check out. Still an interesting little van.
Posted by Jay Wollenweber at 12:00 AM