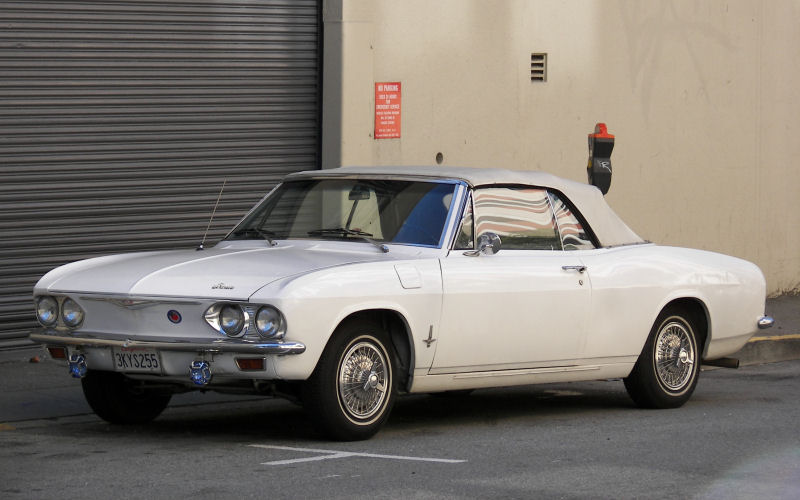 I have a certain fondness for cars with terrible reputations. Maybe it's something about the way that dependable and safe cars tend to be boring. That's probably why, to date, I've only featured one Honda. And so, we take another look at a favorite automotive whipping boy, the Chevy Corvair. 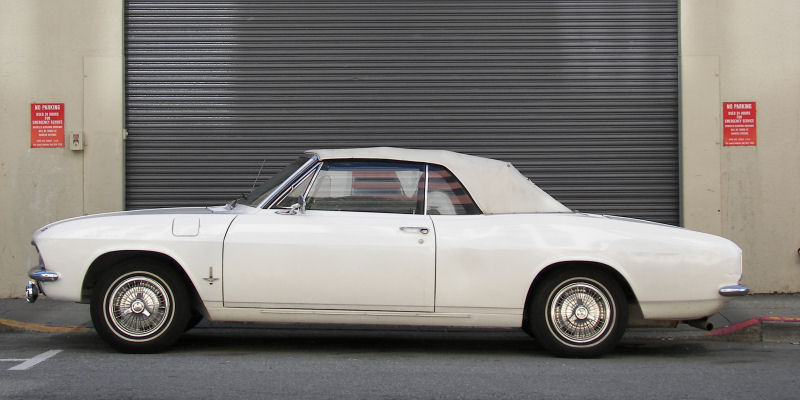 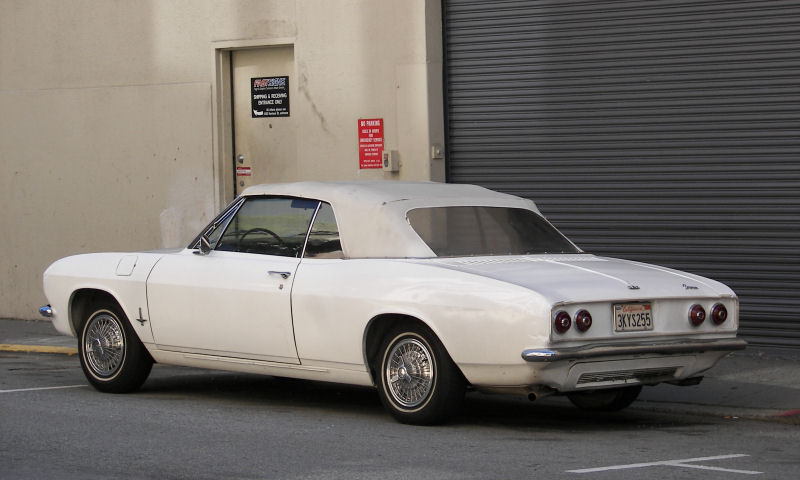 One would almost think from reading this blog, that the Corvair Monza convertible is relatively common, seeing as this is the third one I've featured. I don't know how many are left, but in San Francisco at least, almost every Corvair one sees is the more desirable Monza trim. A convertible top is also desirable, so this clean white '65 seems to hold all the cards. It's mostly factory stock with a nice set of wire wheelcovers with knock-off hubcaps, accented by thin whitewall tires. The only visible modifications are some ghastly aftermarket fog lights and - interestingly - a Yenko Stinger sticker on the front. Don Yenko was a famous Chevy tuner who today is known mostly for his special high-performance Camaros and Novas. Less common are his Yenko Stinger Corvairs. Unfortunately, this is not one of them. It is also unfortunate that I found and photographed this car during my pre-blog phase when I photographed interesting cars primarily for the purpose of sharing them with my friends online to see what they thought of them. I missed so many good shooting opportunities over the years that it inspired me to begin my periodic "Best of the Rest" series. It was sheer luck (probably brought about mainly by those awful foglights and the fact the street had very little traffic) that I even took more than two or three pictures of this car. 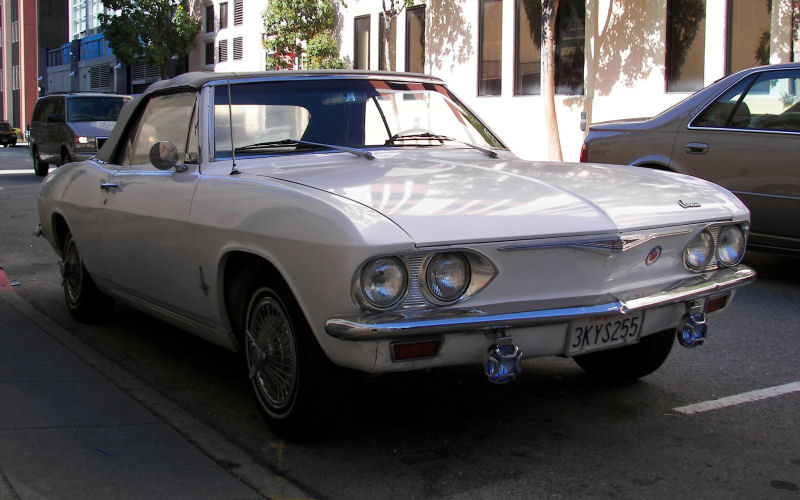 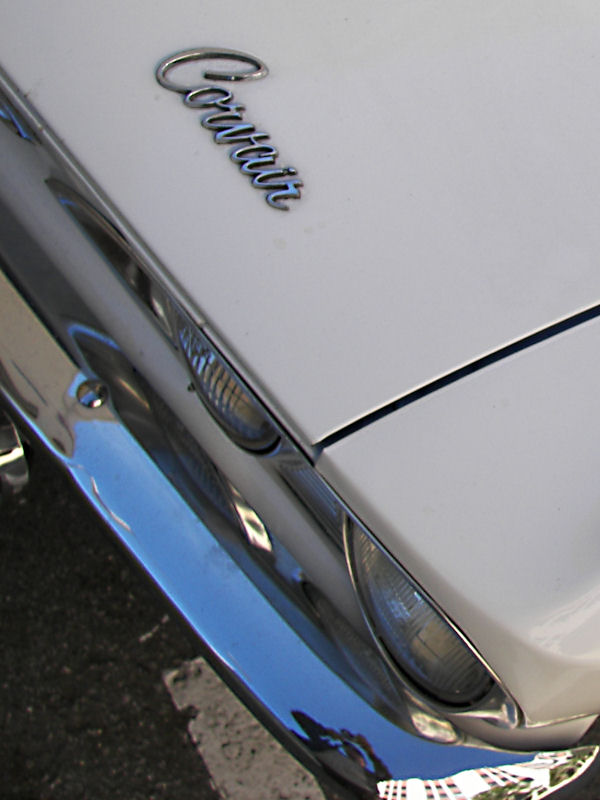 As with so many convertibles of this era, I'm not really concerned about how this one drives. I don't care if it has the wimpy two-speed Powerglide automatic. It's not going to be especially fast by modern standards, nor will it handle especially well. People who expect a stock 1960s car to drive like a new Corvette are missing the point. Unless you plan to dump serious money into it and turn it into some kind of Pro-Touring track monster, the best thing you can do is roll the windows down, put the top down, and go for a drive on the most beautiful highway you can find.
Posted by Jay Wollenweber at 12:00 AM