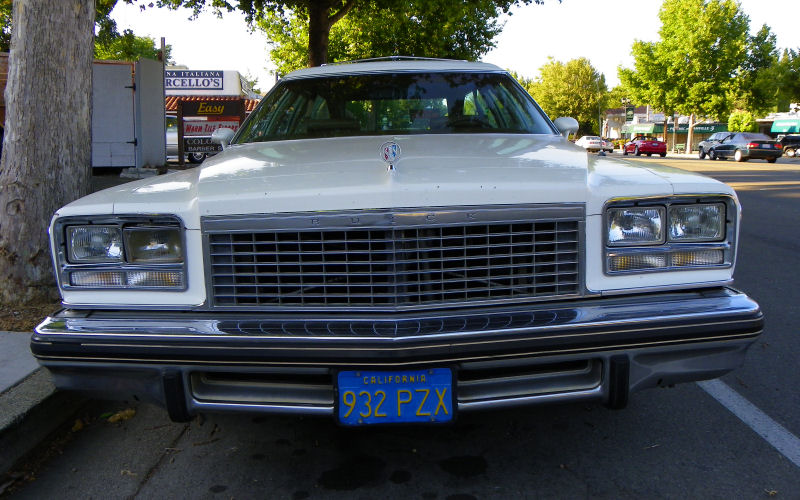 Ahh, America. There is just something uniquely American about a gigantic station wagon slathered in fake wood. What you're seeing here is one of the last of the truly huge wagons, the 1976 Buick Estate Wagon. 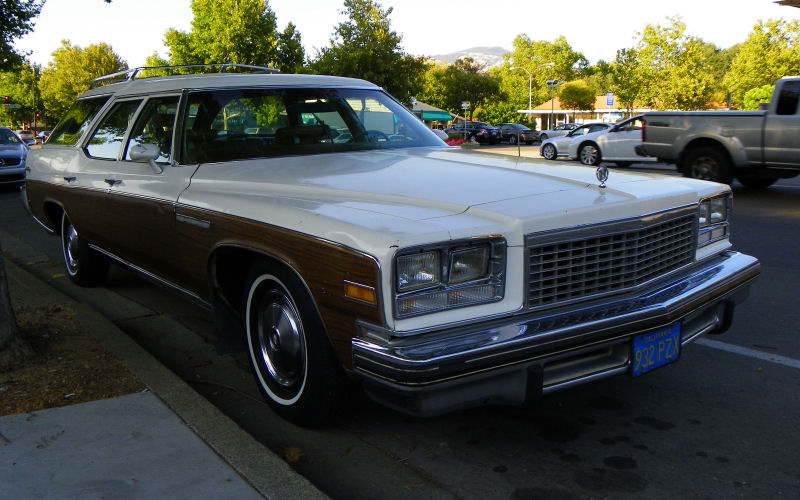 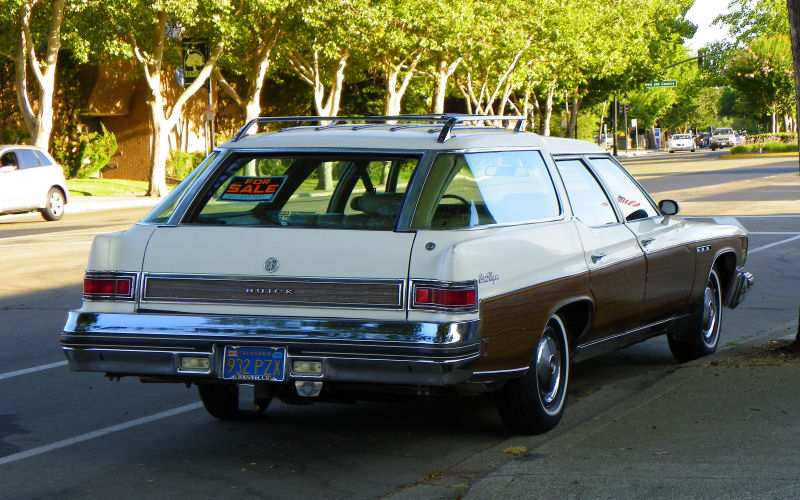 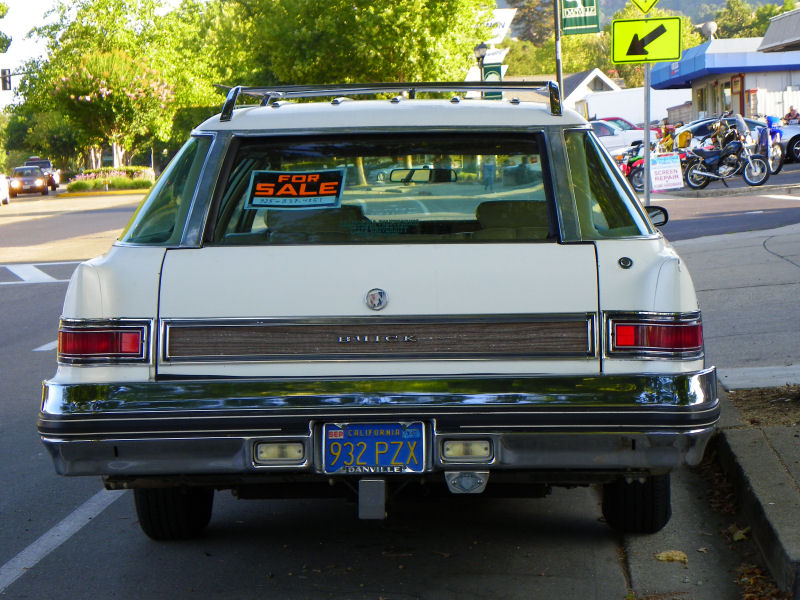 The Estate was introduced as the top-line Buick wagon in 1970 and was built on the B-platform for one year, then completely redone for '71 on the 127-inch wheelbase C-platform normally reserved for the massive Electra 225 luxury sedan. The car got bigger and bigger until 1976, when the Estate Wagon measured just a smidge under 232 inches in length (over 19 feet!)
These are known as "clamshell" wagons, for their spiffy two-piece tailgates. When opened, the window part came up into the roof and the metal part slid down inside the body behind the rear bumper. It was an ingenious solution to the problem of... having a successful tailgate party? I suppose it was done for a cleaner look and to cater to customers tired of having to lean over an open tailgate. It would also solve the problem of my next door neighbor who has broken at least three rear windows on multiple SUVs by leaving the rear hatch glass open and then backing out of the garage.
I really want to like this wagon. It wears artificial wood like wallpaper and has an attitude that tells everyone to get the hell out of its way. However the overall vehicle design looks like a rehash of a 5-year-old car, which it was at the time it was built. The front end features a more squared-off shape than earlier Estates, and one of the first uses of rectangular headlights on a GM car. It was a harbinger of the all-new 1977 full-size line which would be much smaller and more modern-looking than the leviathan seen here. 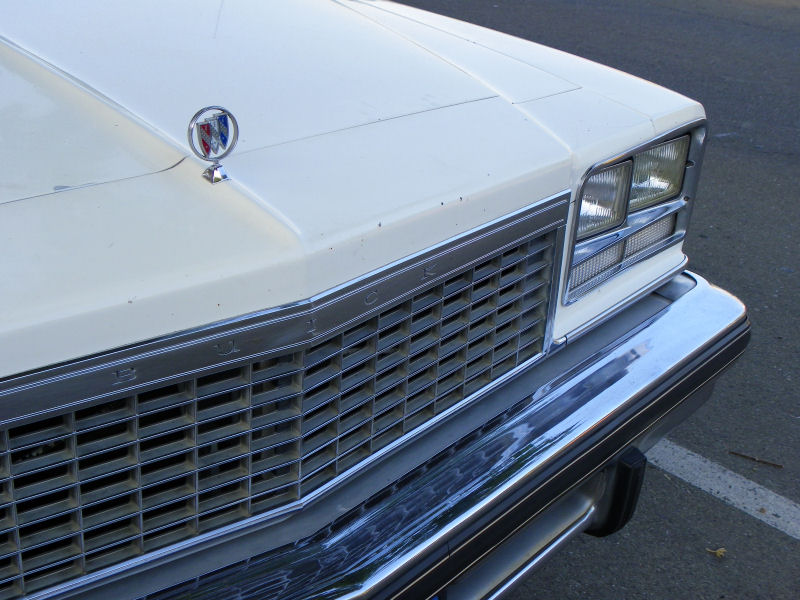 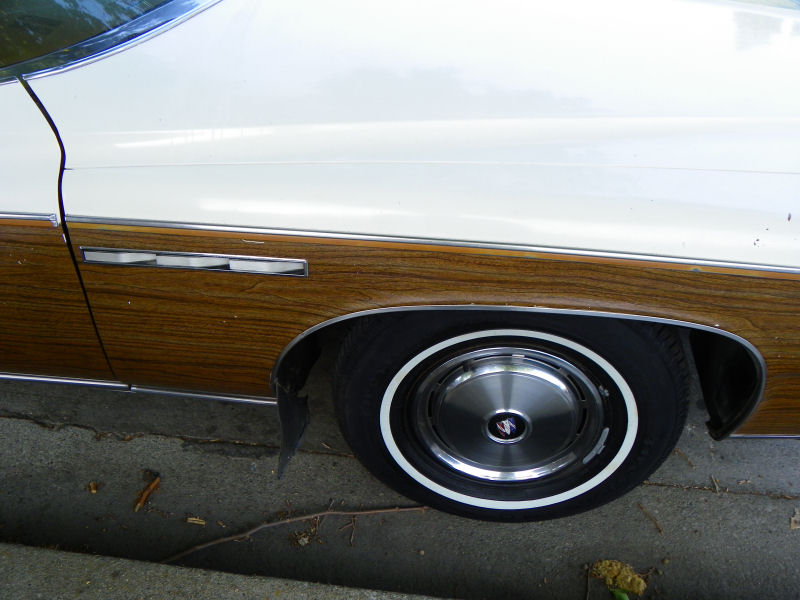 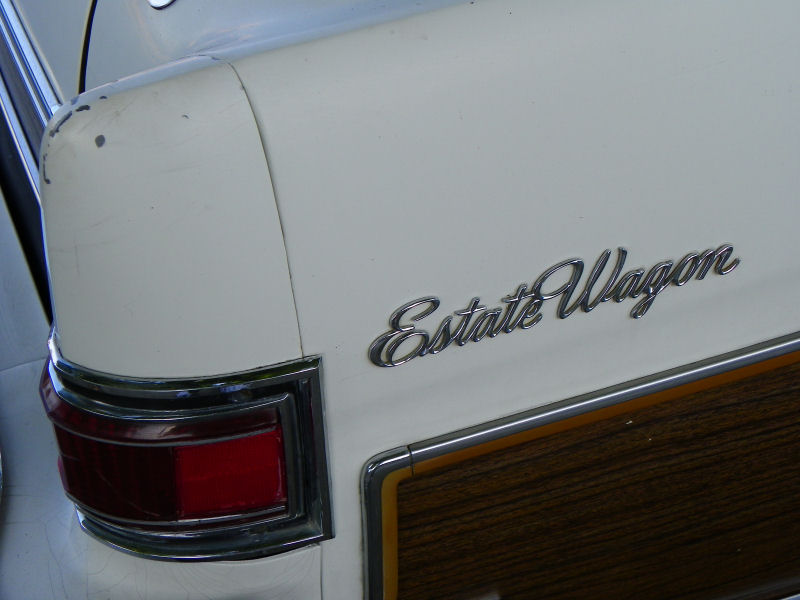 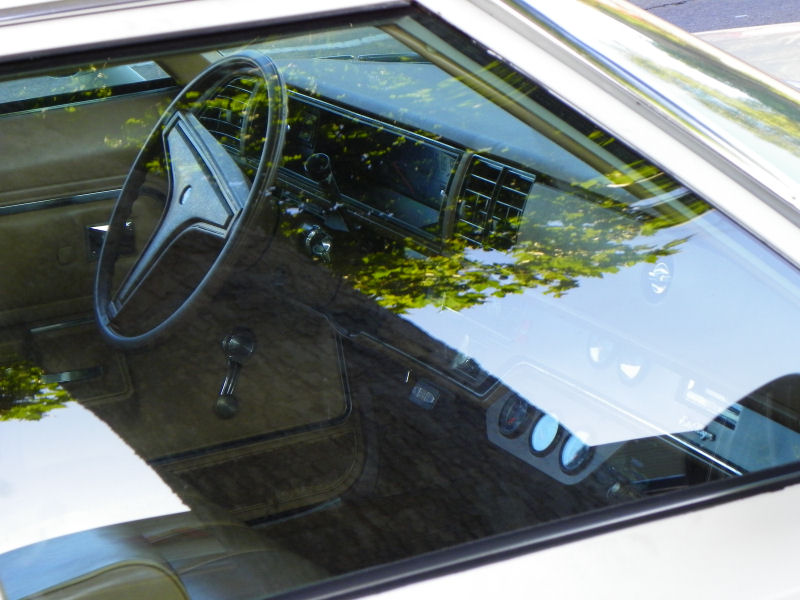 Condition is pretty good on this car and looks like a preserved survivor, right down to the dated but clean caramel interior, whitewall tires and full wheel covers. It needs some paint touch-up, a little dent repair and one headlamp is loose. Being a 1976 model, this car is one year too new to be smog-exempt, and therefore is subject to California emissions testing forever. With fuel prices rising like they are, it's no surprise that an owner would sell off his old gas-guzzling battlecruiser. I just hope the new owner will keep on trucking where the previous one left off. Far too many of these boats have fallen into the hands of demolition derby "racers" for whom no classic is sacred.
Posted by Jay Wollenweber at 10:24 PM