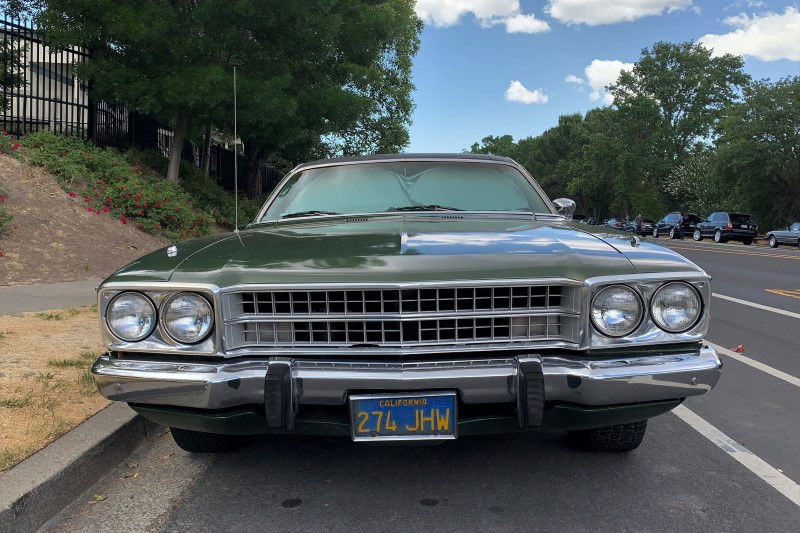 Remember the Plymouth Satellite? Lots of folks don't. But I do. 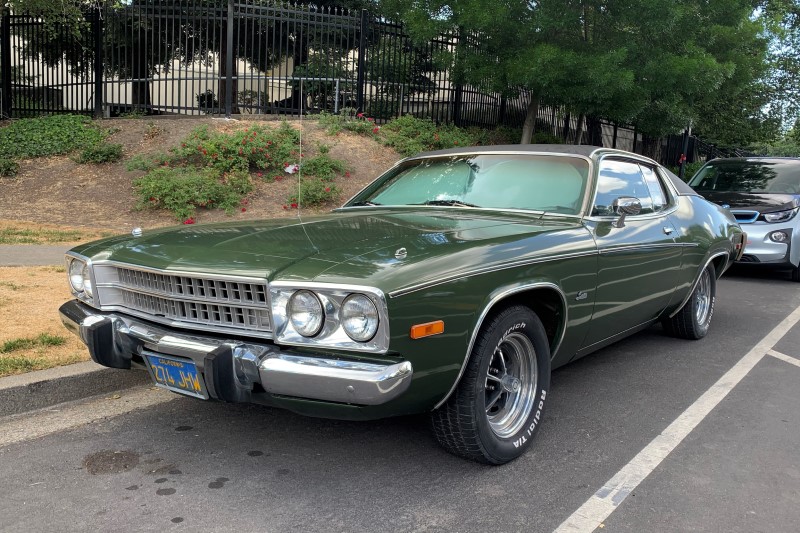 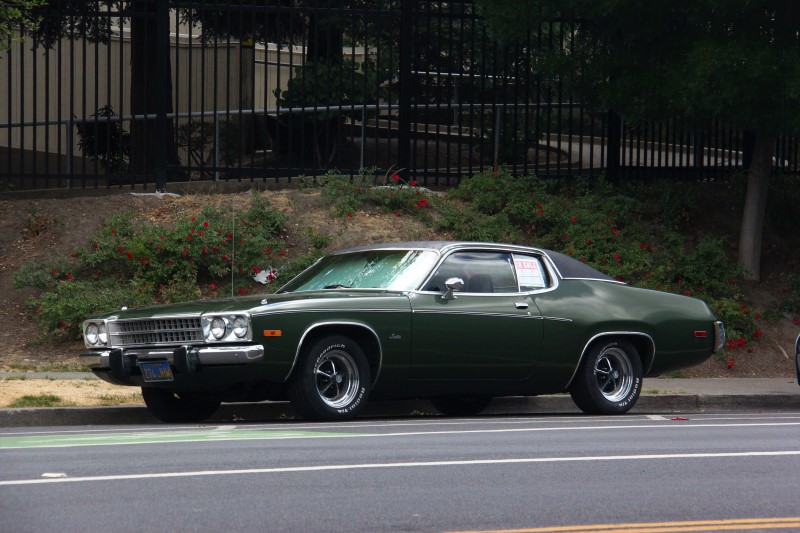 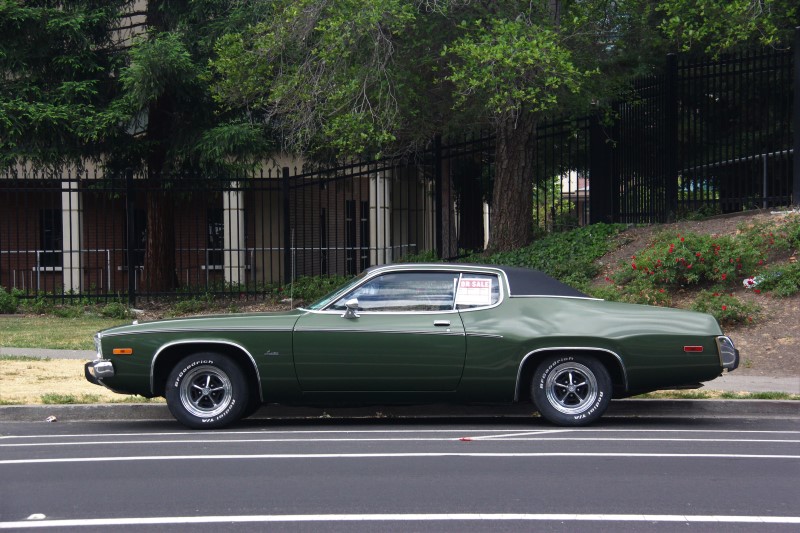 My dad likes to tell me a little story about when he was a teenager in the heady days of the early 1970s. My grandfather was in the market for a new car. He had written a check for a new Dodge Charger R/T and Dad was so excited to have a shiny new muscle car in the home fleet. Seeing such an enthusiastic reaction from his son about a fast car, Grandpa tore up the check and canceled any plans for a rip-roaring Dodge coupe. Instead he went over to the Plymouth dealer and picked up a sedate beige 1972 Satellite Sebring hardtop.

Grandpa's Satellite was a nice car with the requisite vinyl half-roof, the smallest V8 option and rode on the exact same platform as the Charger he had avoided. Teen boys will do what teen boys will do, so his gearhead son wanted to find out what it would do. Apparently a 1972 Plymouth Satellite with the 318 V8 will do about 118 mph. Which I imagine is far more terrifying on bias-ply tires with drum brakes. 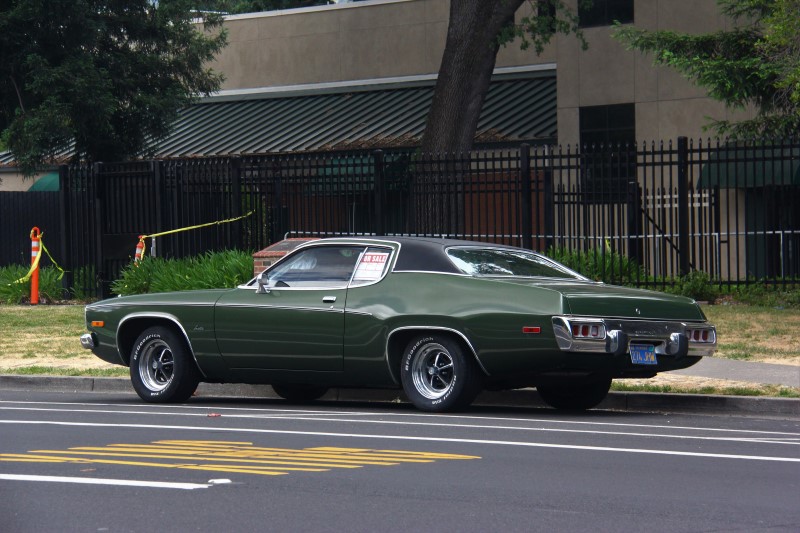 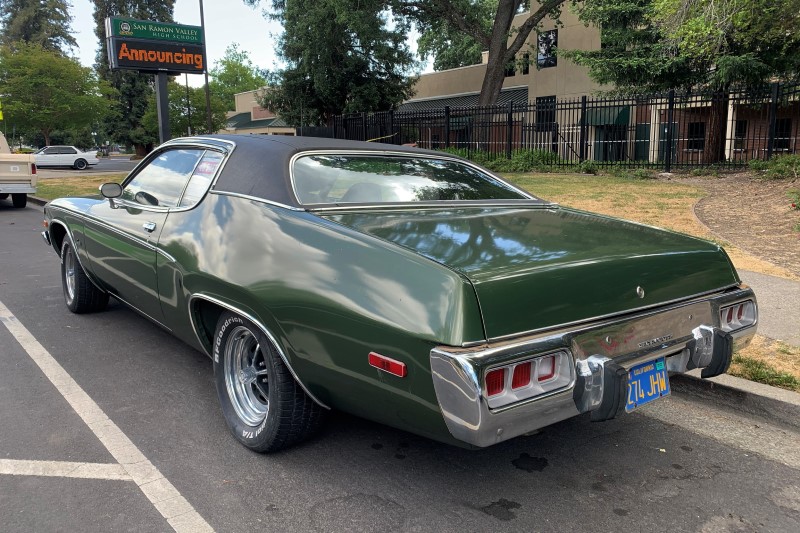 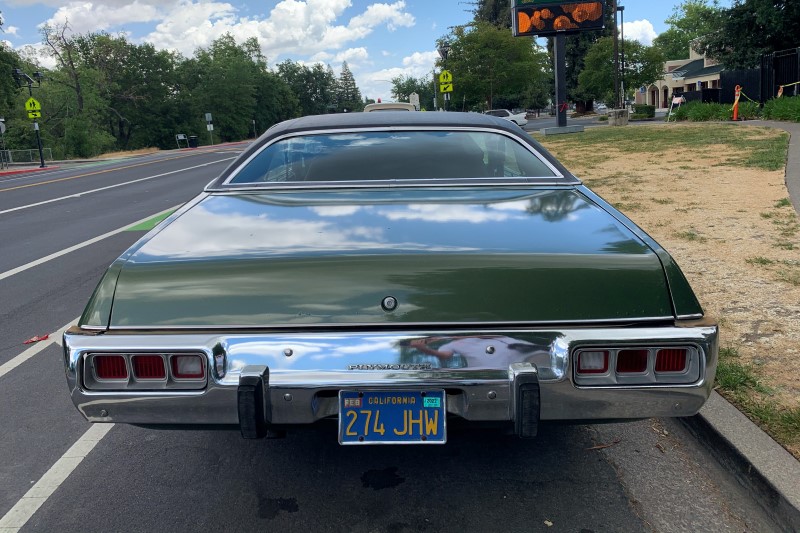 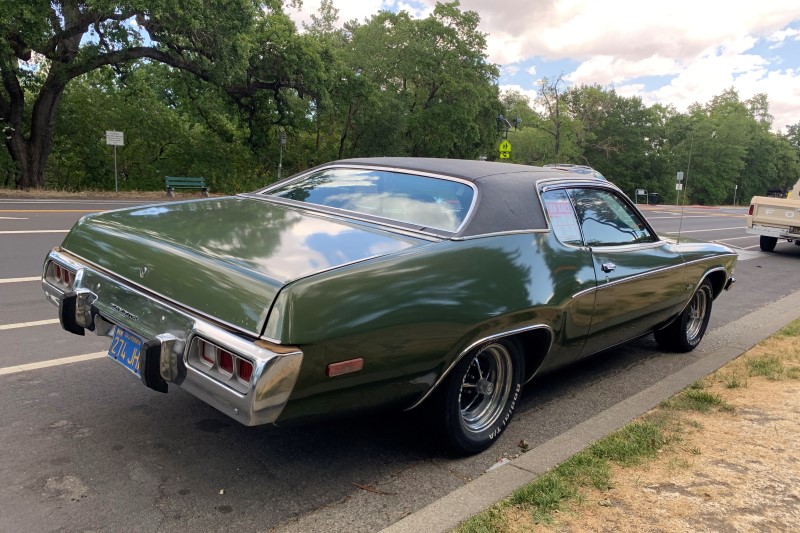 The Satellite for 1973 was a refresh of the '72 model with more conventional styling. The so-called "Fuselage" styling language begun in the late 1960s, likened to the cylindrical body of an aircraft, was already evolving into the squared-off Brougham-ness of the Malaise era. Satellite served as Plymouth's midsize car until 1974. Despite being sold during the OPEC fuel crisis, many Satellites came with V8 engines ranging from the 318 with a single tailpipe up to the 440 which could only be had in the Satellite Road Runner. For the most frugal buyers, the venerable 225 slant six was still offered. 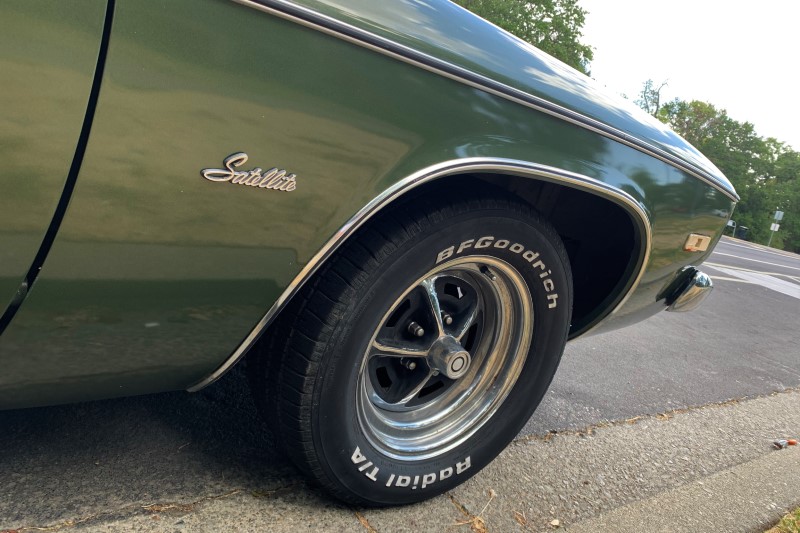 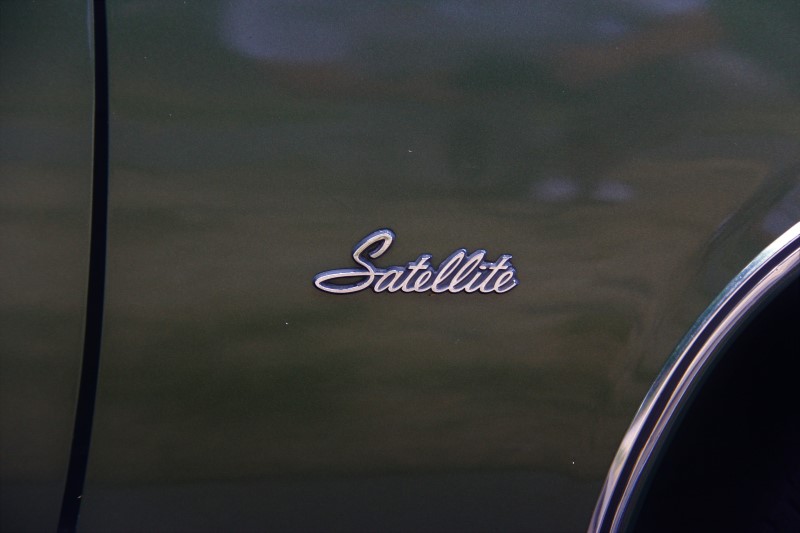 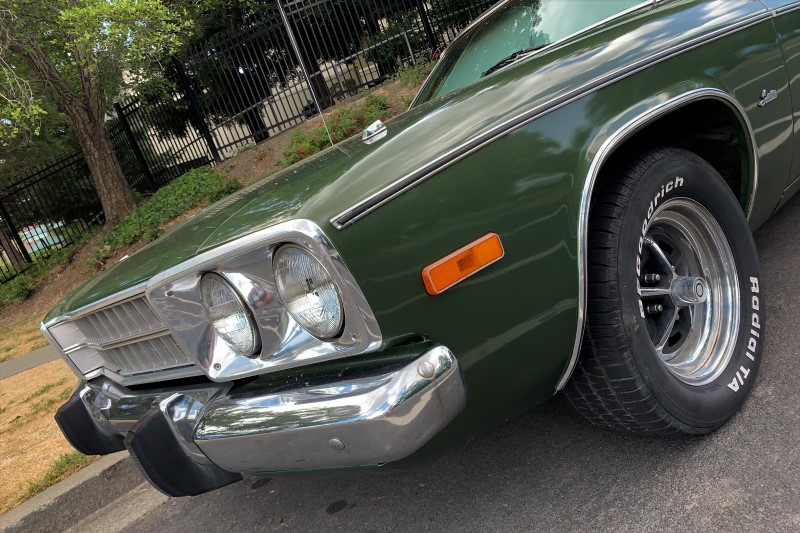 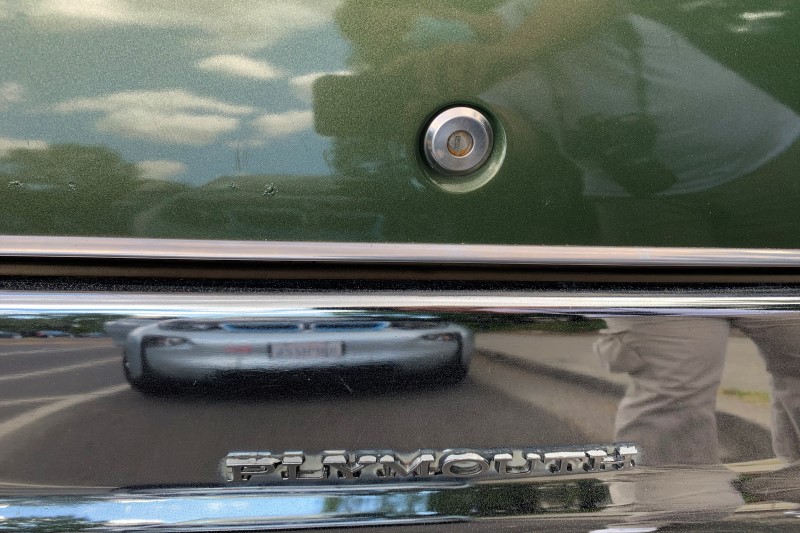 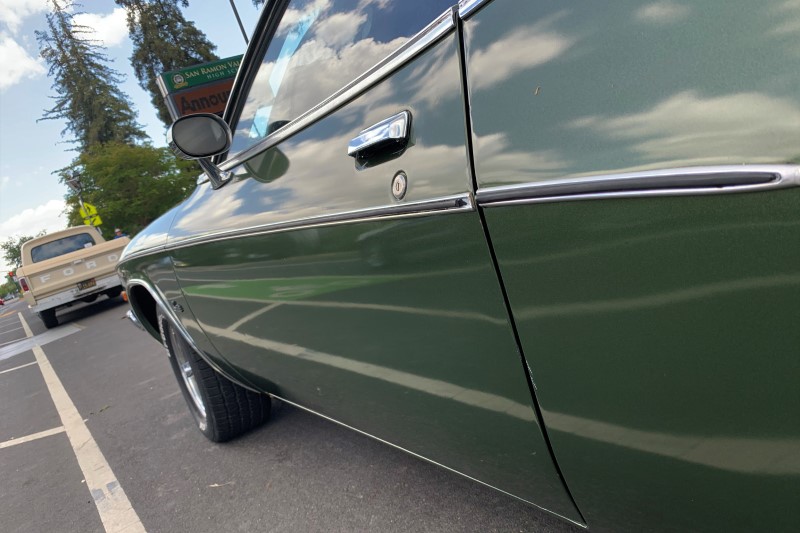 This car is virtually a dead ringer for the Satellite Sebring Plus featured in the brochure, with its rich forest green metallic paint and black vinyl roof, set off brilliantly by chrome Magnum 500 road wheels on white letter tires. Inside it features green vinyl bucket seats. According to a Craigslist ad posting I found in June 2021, the car had 46,000 original miles. I can't verify that since the vehicle only has a five-digit odometer, but it certainly looks clean aside from some rust bubbling in the trunk edge and a piece of drip rail trim that was missing from the passenger side. Under the hood sits a 318 small block V8 hooked to the bulletproof TorqueFlite automatic transmission, burbling through a recent Magnaflow dual exhaust. I am a delivery driver by trade and I used to drive past this car all the time. I'm sad to see it go but hope the next owner loves it as much as the previous one did.