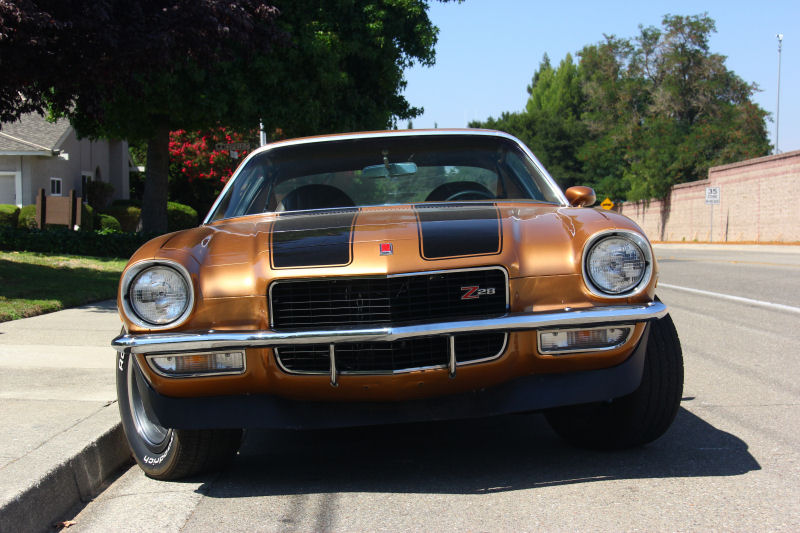 I wanted to do something special for the holidays this year, but lacking anything Christmas-themed I decided to dig into my archives for a subject I really enjoyed documenting. It's a 1971 Chevy Camaro Z28. 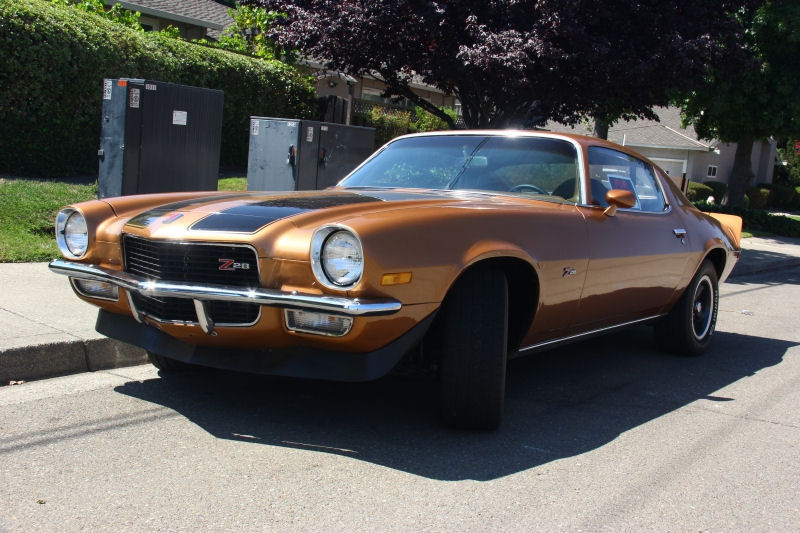 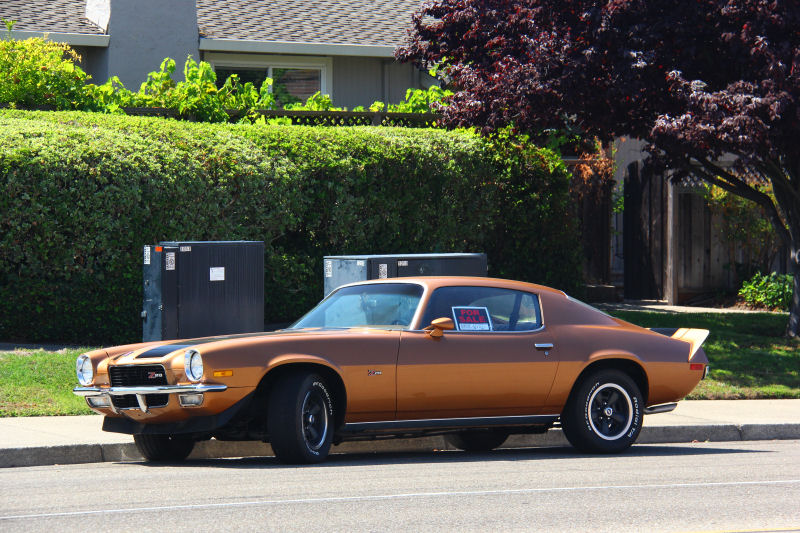 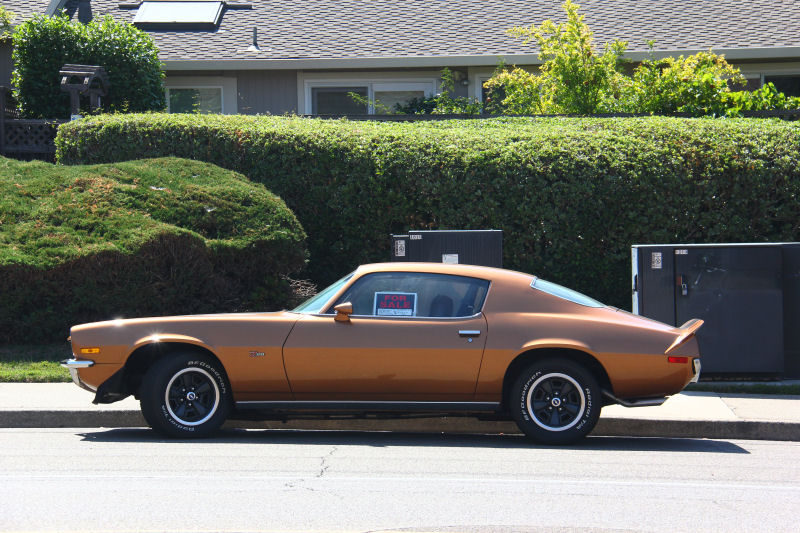 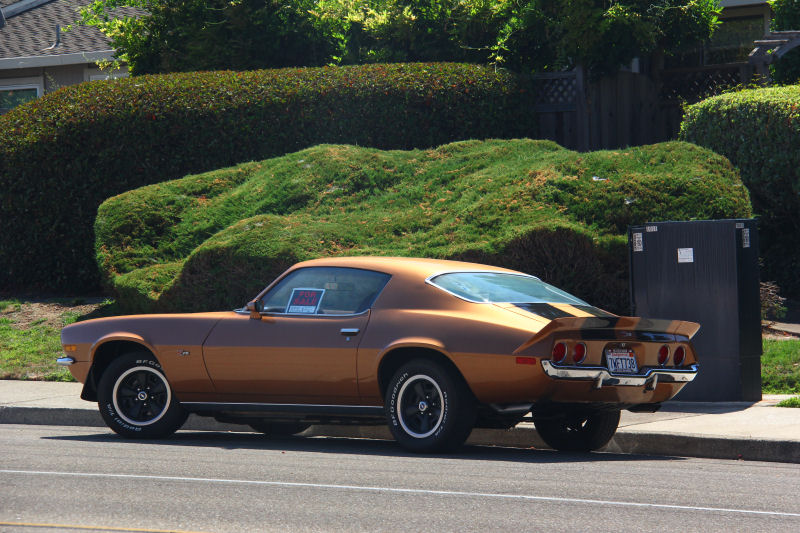 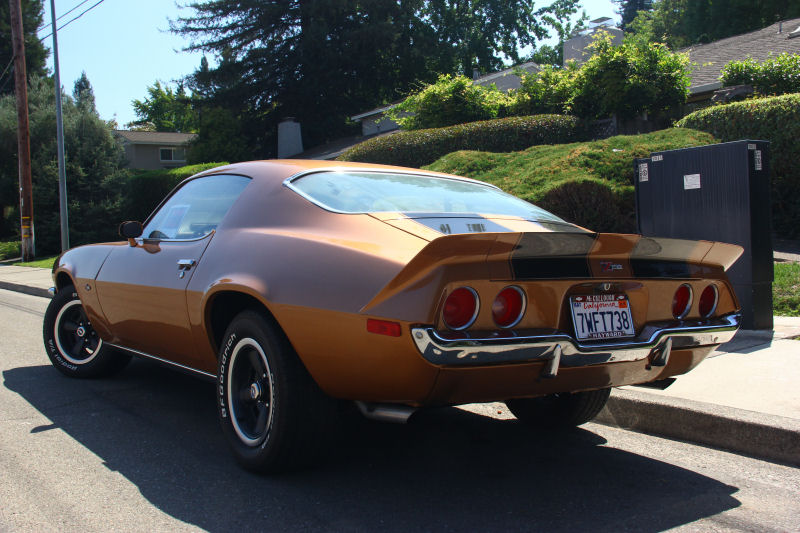 Somehow I've managed to operate this blog for over a decade and this is only the second 1970-81 Camaro to feature here. I suppose it's because the second-gen GM F-body has always been hit or miss with me. Some years I like, some years I don't like. Some years I prefer the Camaro, or its Pontiac Firebird sibling. The early models (1970-73) of both cars carry a classic look from a time before onerous emissions and federal crash requirements. The most desirable early Camaros of this generation seem to be the pre-smog "split bumper" cars, so named for the two tiny chrome bumper pieces on either side of the grille when equipped with the Rally Sport package. The RS trim could be combined with the Super Sport or Z28 package to build the ultimate Camaro. 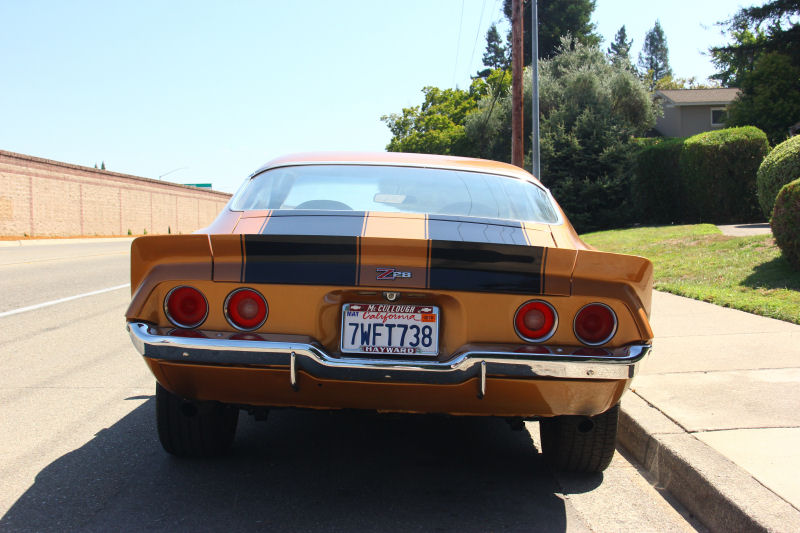 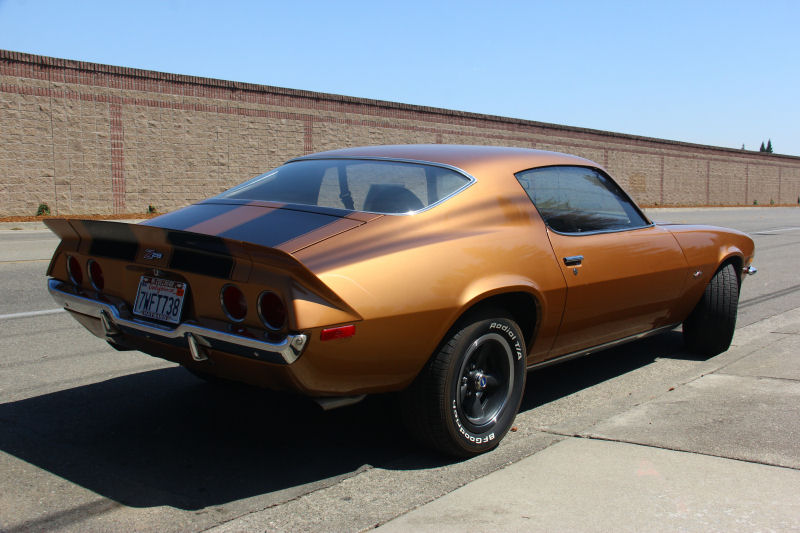 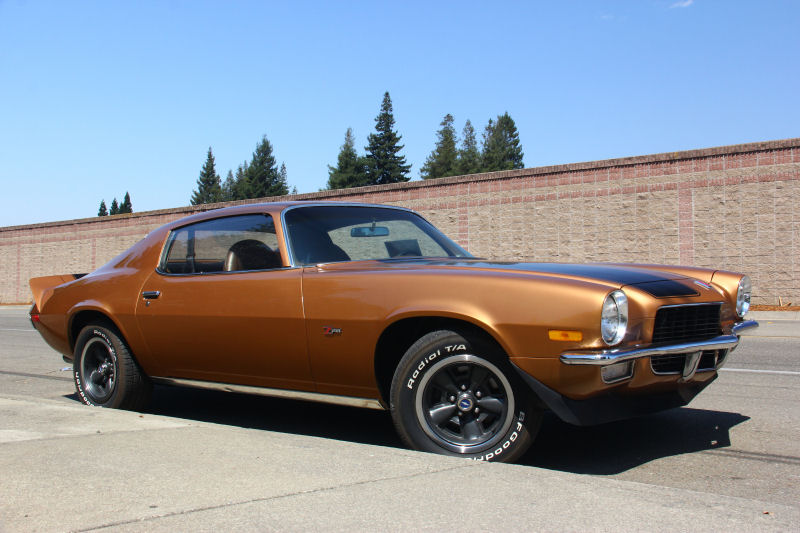 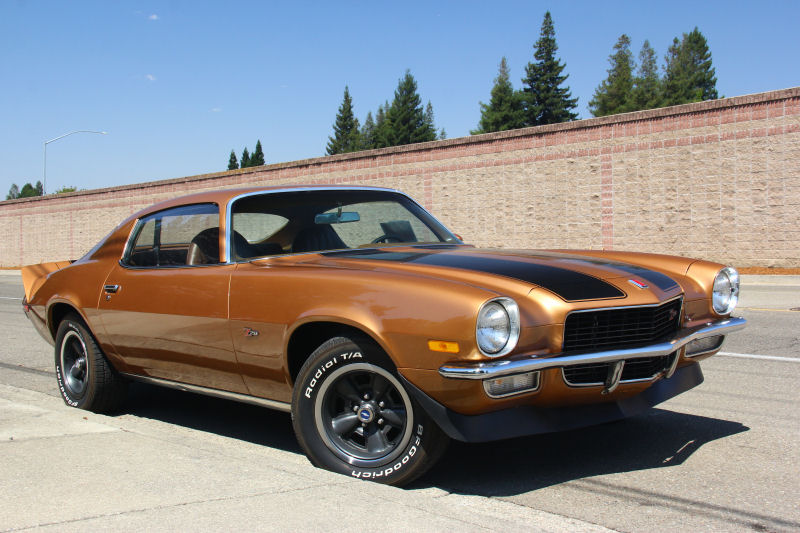 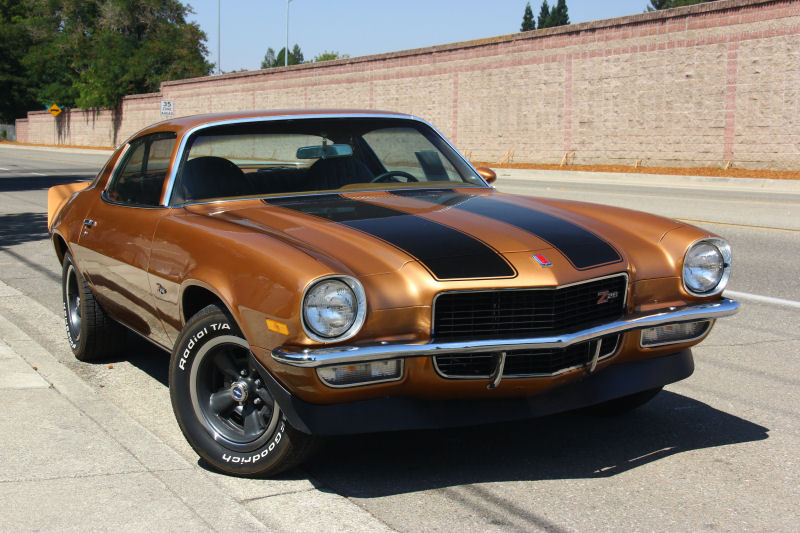 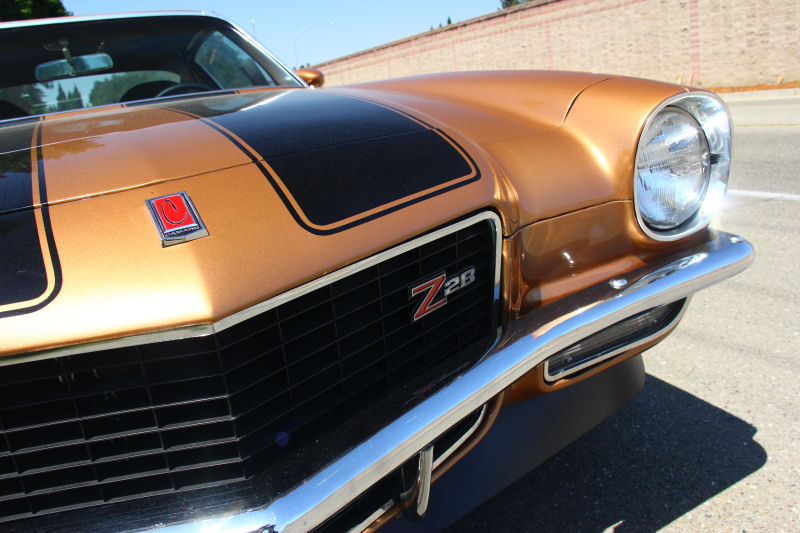 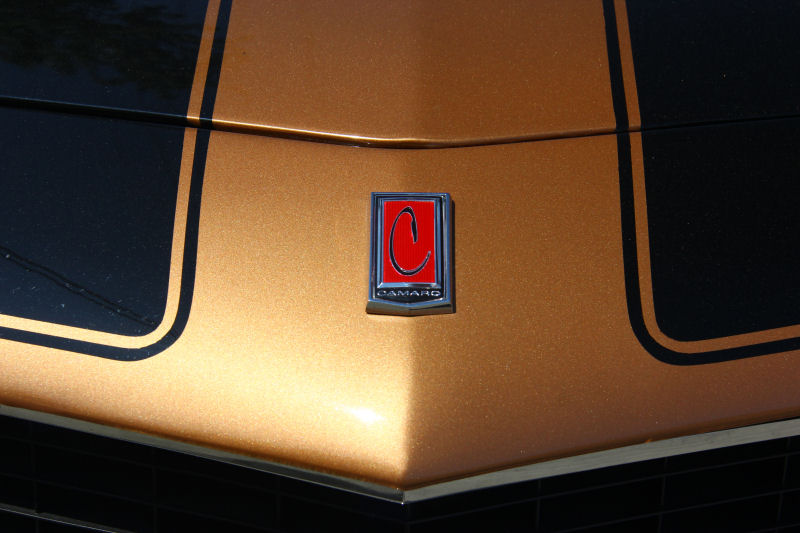 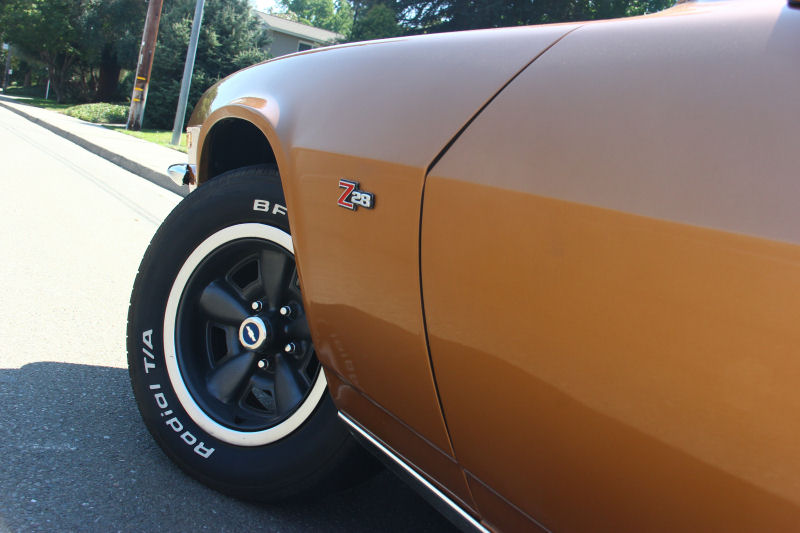 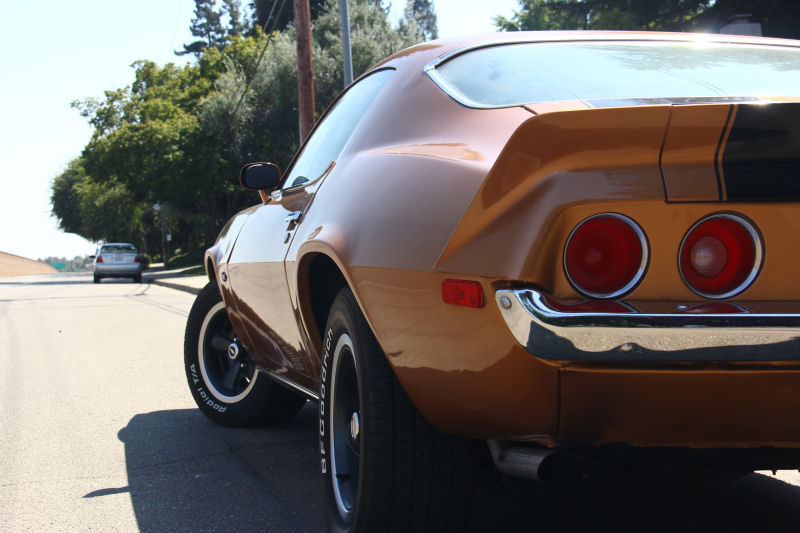 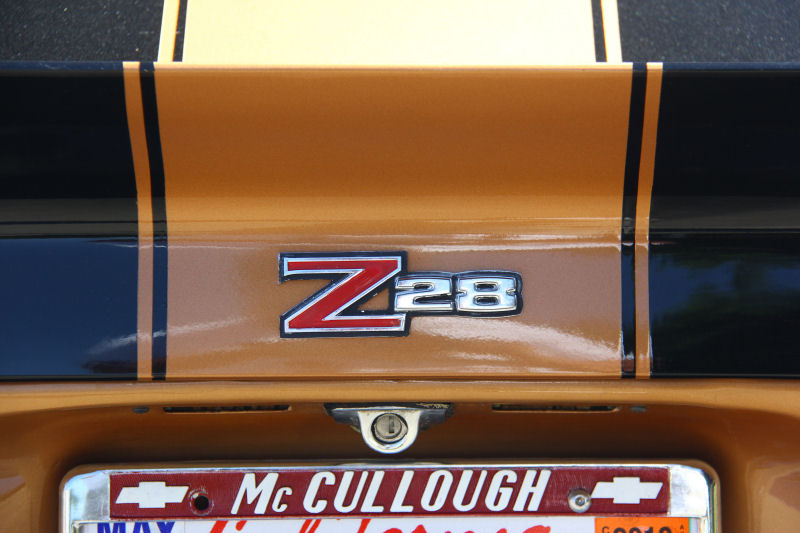 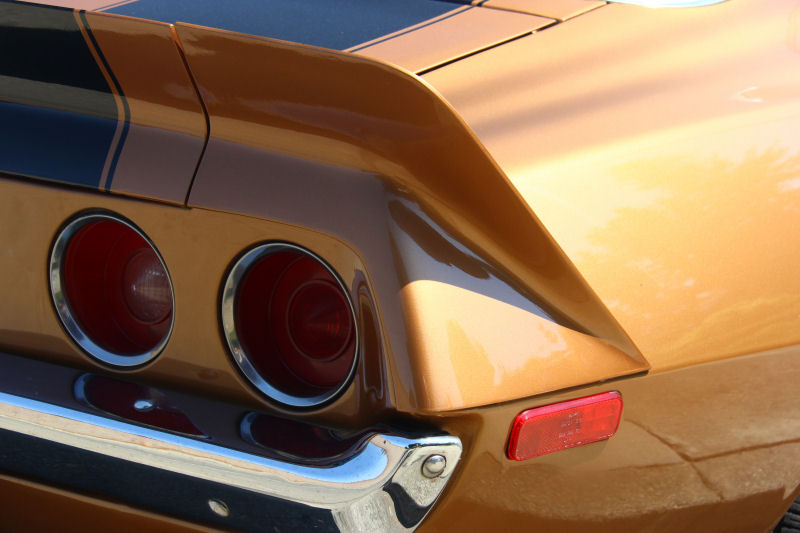 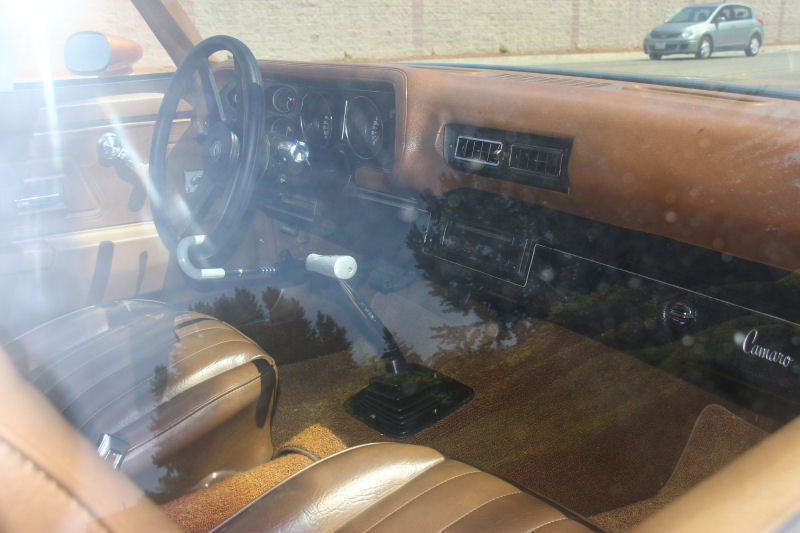 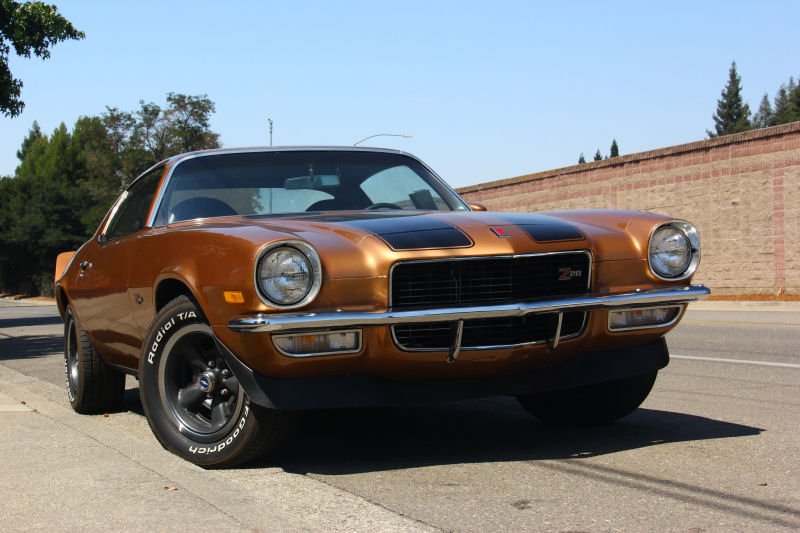 This is the top-tier Z28 with the standard bumpers, optional rear spoiler and front air dam, styled 15-inch road wheels and racing stripes. Z28 cars came with heavy-duty performance suspension, uprated brakes and cooling system, and a Posi-Traction limited slip rear end. It is powered by a 330-horsepower "Turbo-Fire" 350 V8 with a four-barrel carburetor and Hurst four-speed. The for sale sign called it a one-owner car with 88,000 original miles as of 2017 when I found it. It was claimed to be Placer Gold metallic over brown, but to me the color looks much more like Classic Copper or Burnt Orange. My interior photo regrettably didn't turn out well, but it looks to have an aftermarket CD player and a T-handle Hurst shifter.

I'm guessing the car has benefited from subtle upgrades over many years of ownership and possibly one or more paint jobs. Gold is not for everyone, but I absolutely love this color combination. This was one of my favorite photo shoots in recent memory.