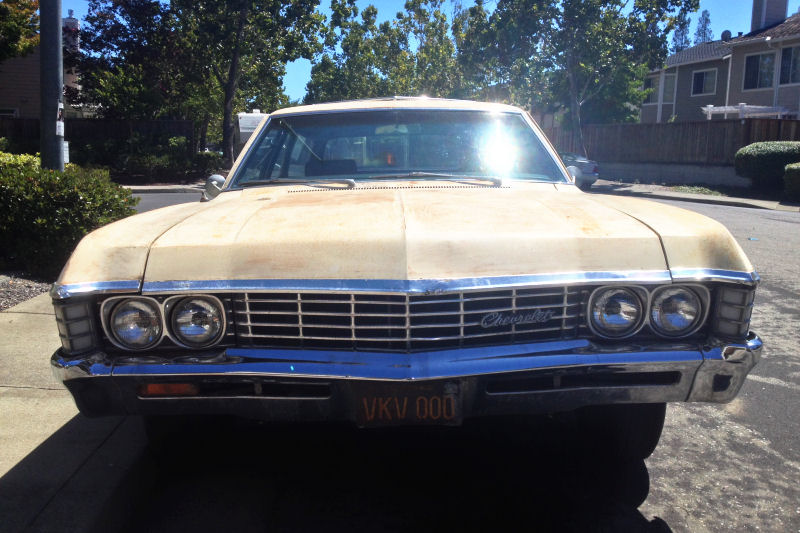 Here's another old shoot from the archives. It's a 1967 Chevy Impala wagon with some pretty wild patina. 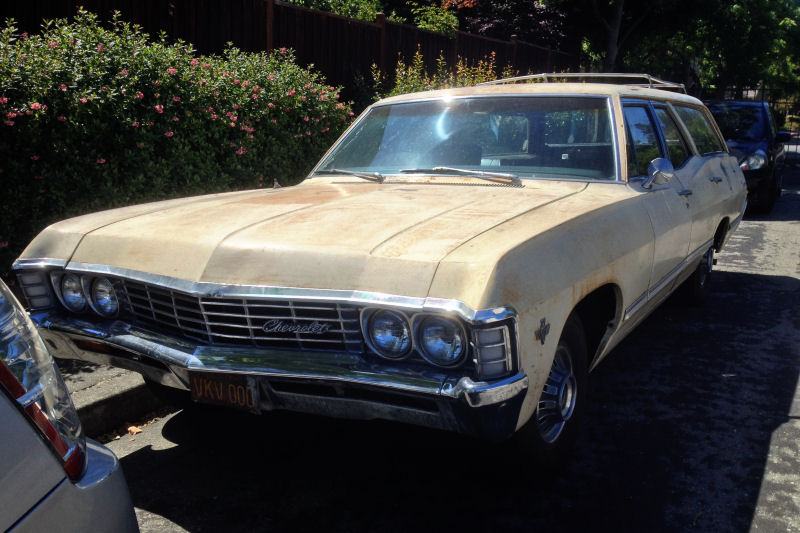 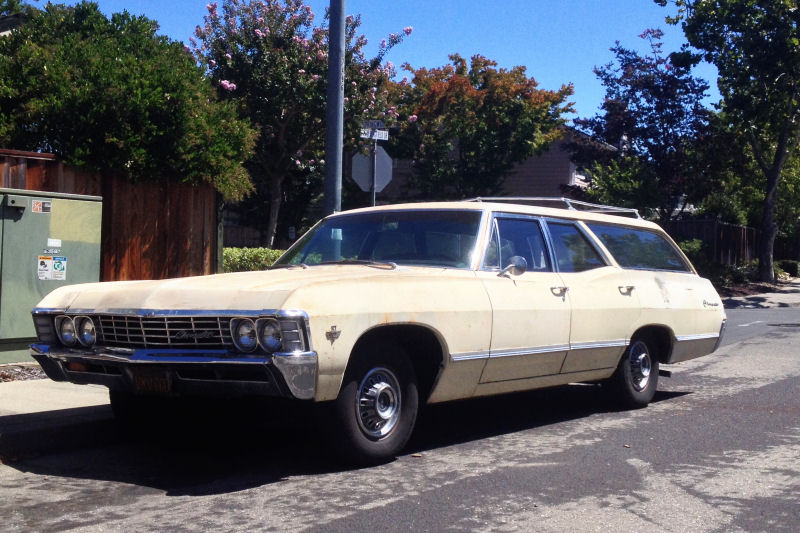 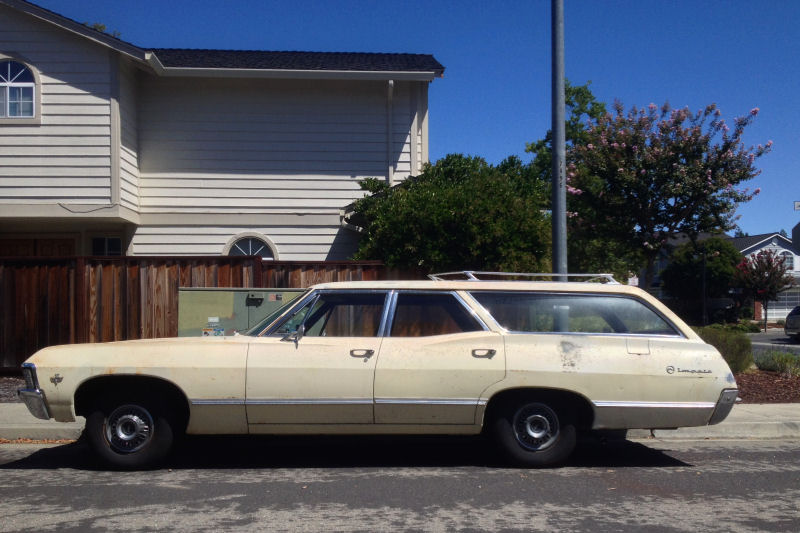 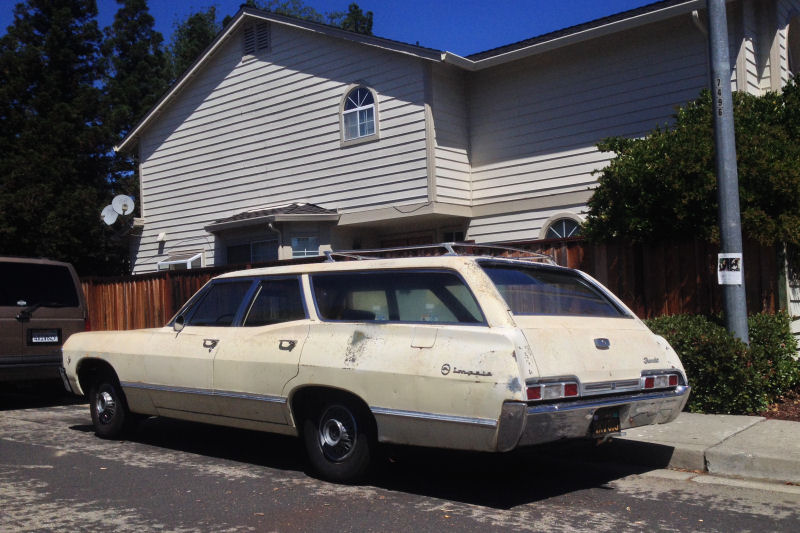 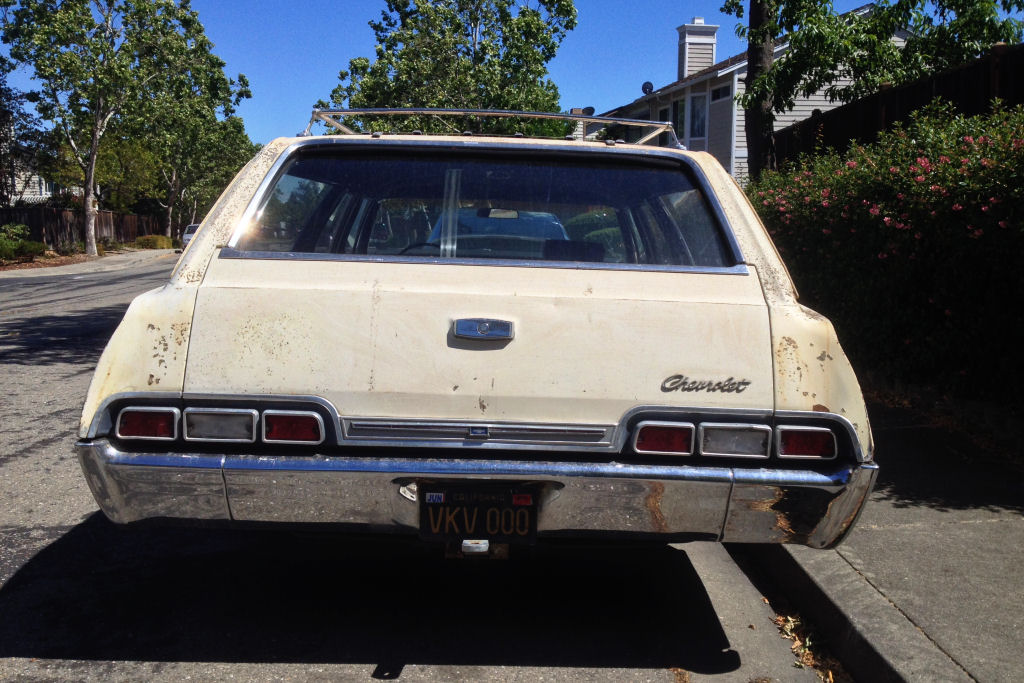 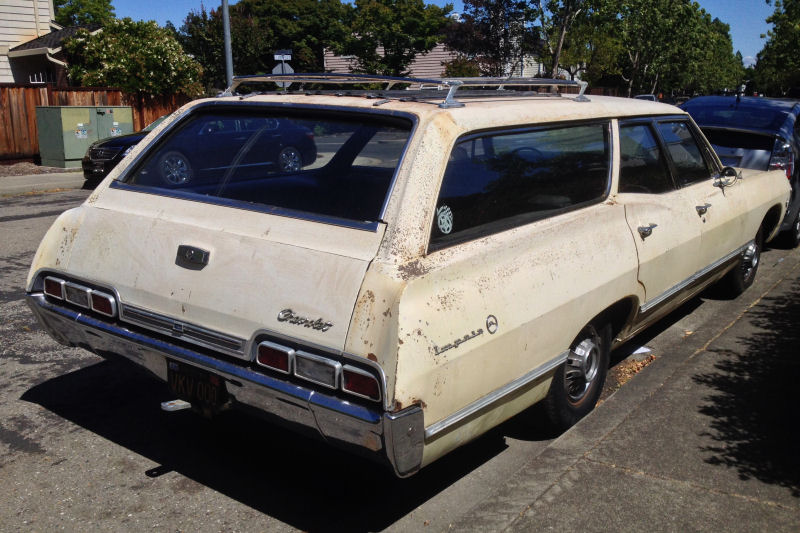 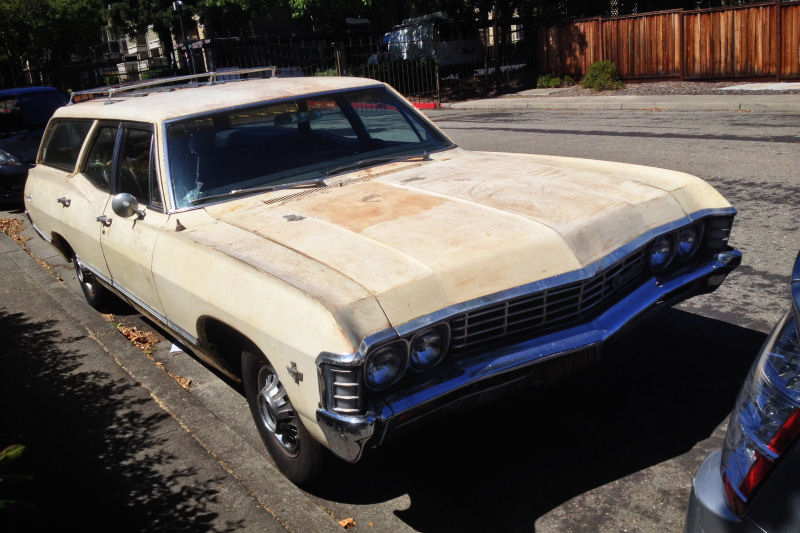 It's kind of hard to believe, in 2021, that the Chevrolet Impala was once the best-selling car in America. Indeed, that was the case for much of the 1960s. Chevy cranked out over 600,000 Impalas in 1967, and that's not including the upper-trim Caprice or lower-trim Biscaynes and Bel Airs using the same body. Station wagons accounted for 152,000 cars, of which the vast majority were V8 models. 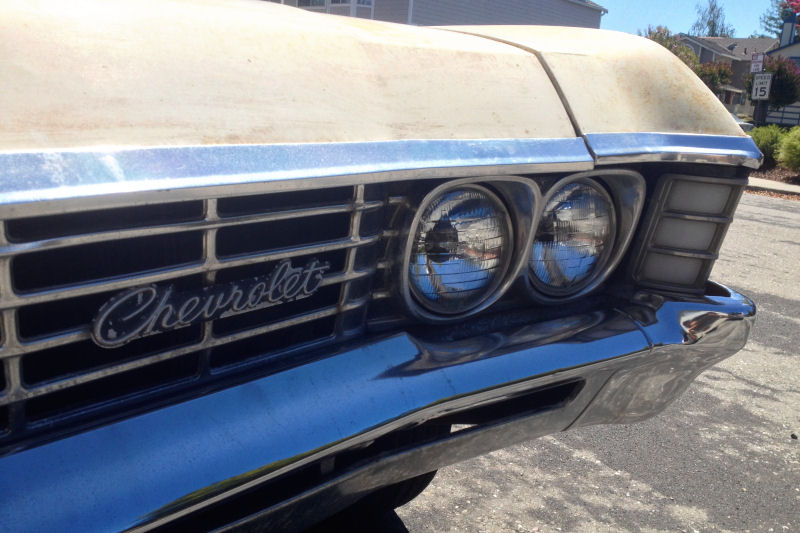 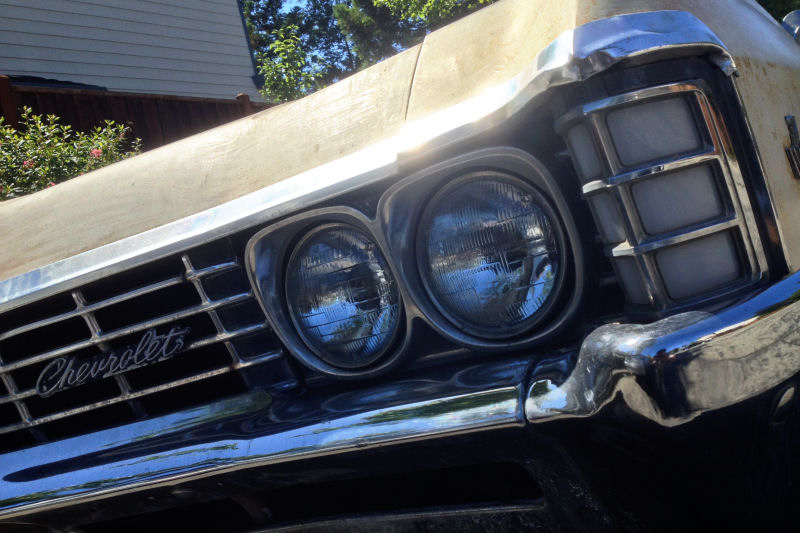 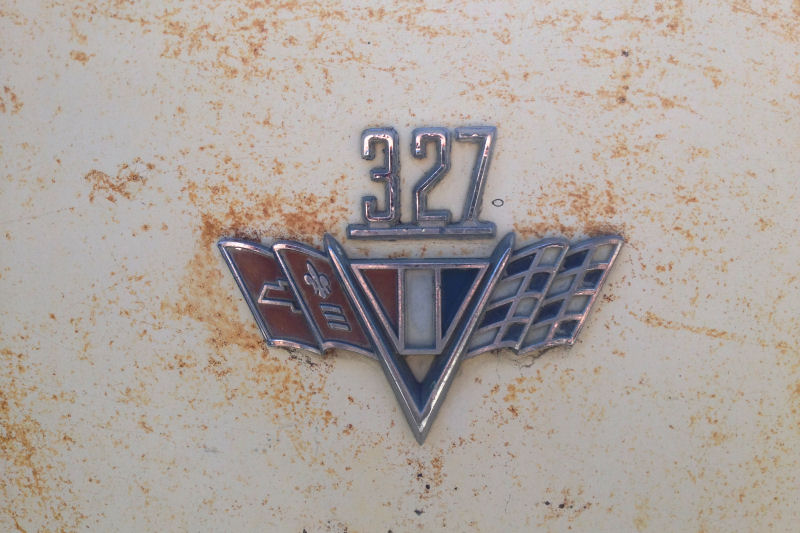 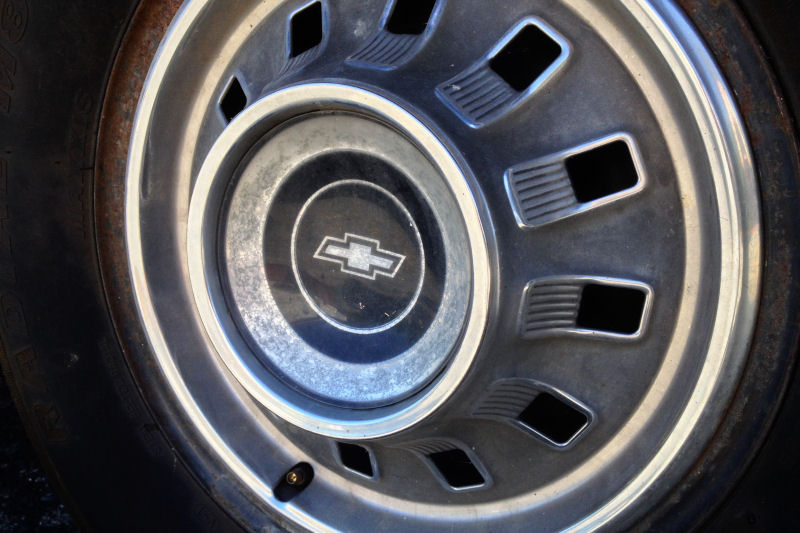 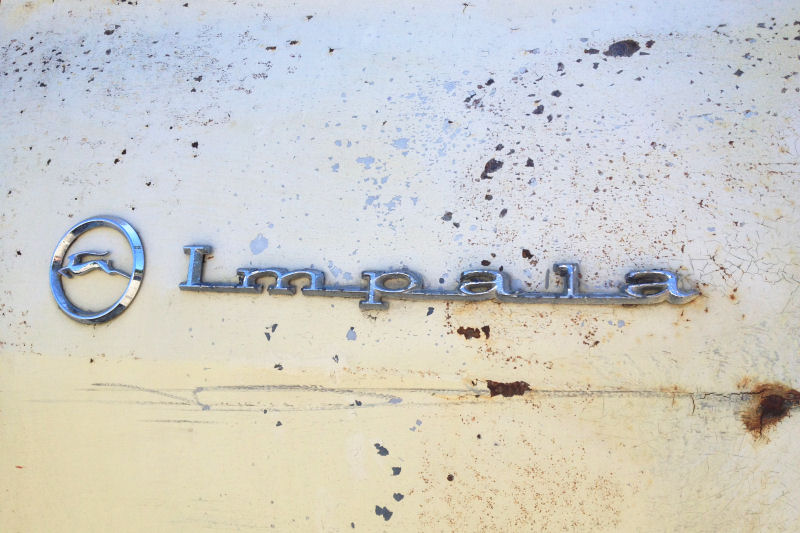 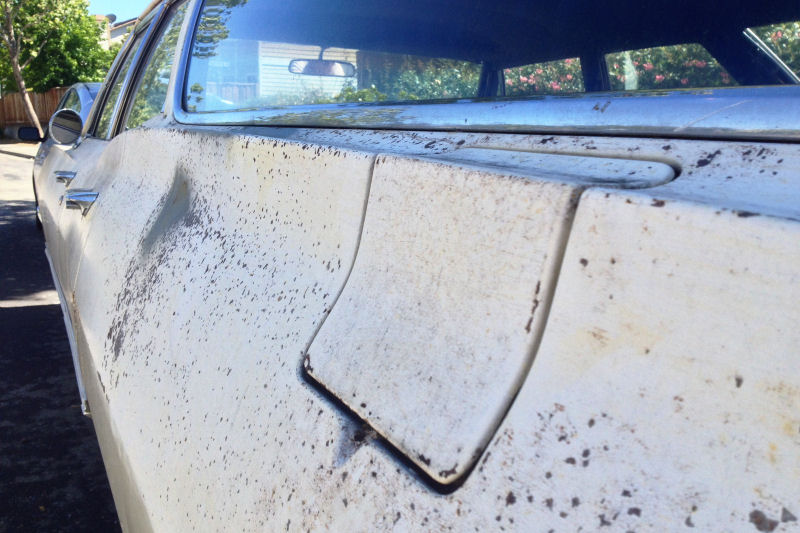 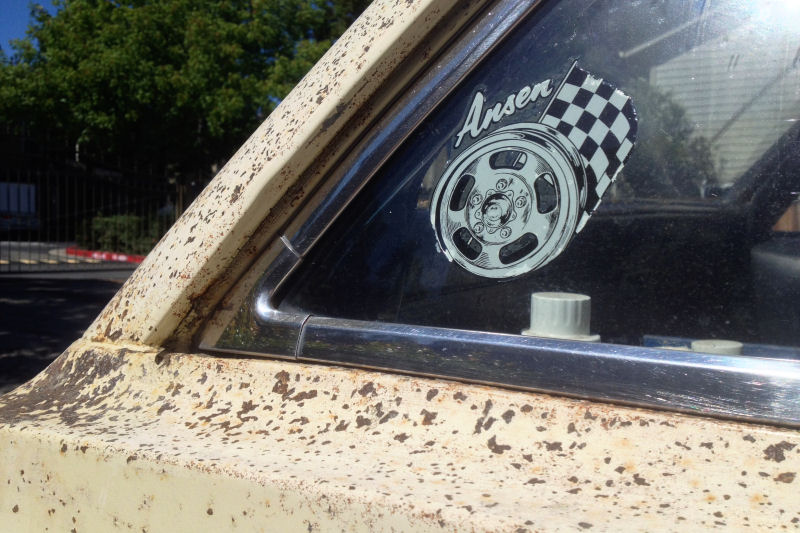 The '67 Impala is probably best known in pop culture through the black Sport Sedan affectionately dubbed "Baby" on the TV show Supernatural. But most lived quiet lives as family transport, never becoming famous. This 327 V8, six-passenger station wagon with roof rack and full wheel covers is a humble suburban car. It still wears most of its original Butternut Yellow or Capri Cream paint and all of its chrome. That paint is pretty well done, though. The sun and age have ravaged it. As cool as the patina is, I worry about the state of the metal. I quite like the old Ansen Mag Wheels sticker on the back window and hope that it is kept in case the owner ever restores the car.