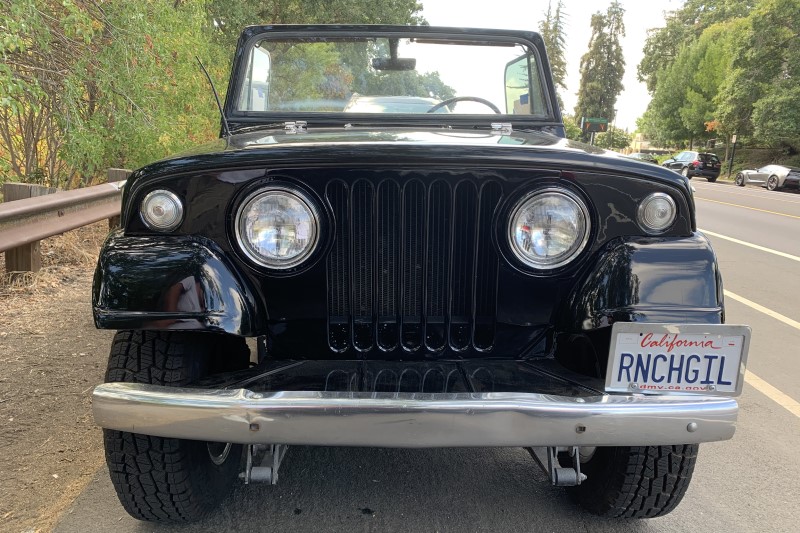 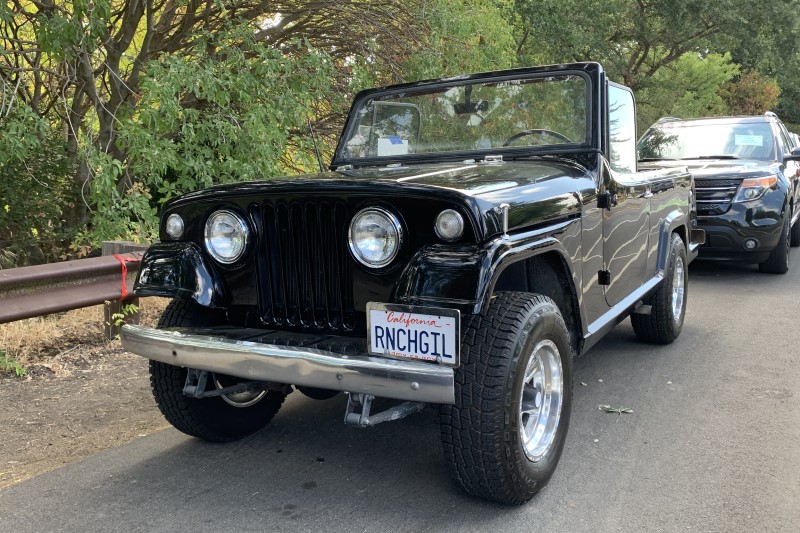 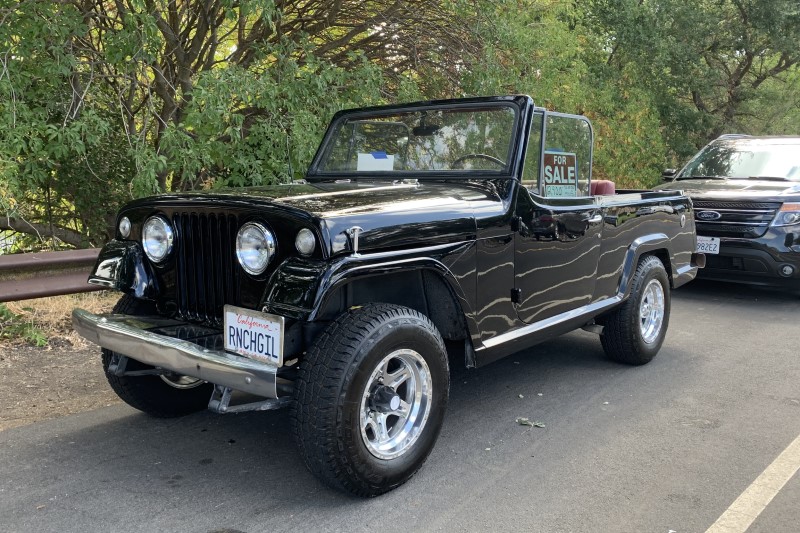 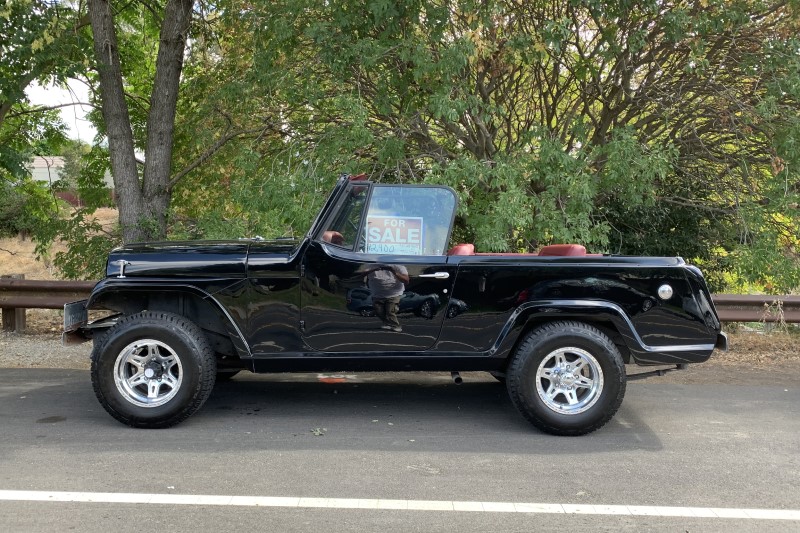 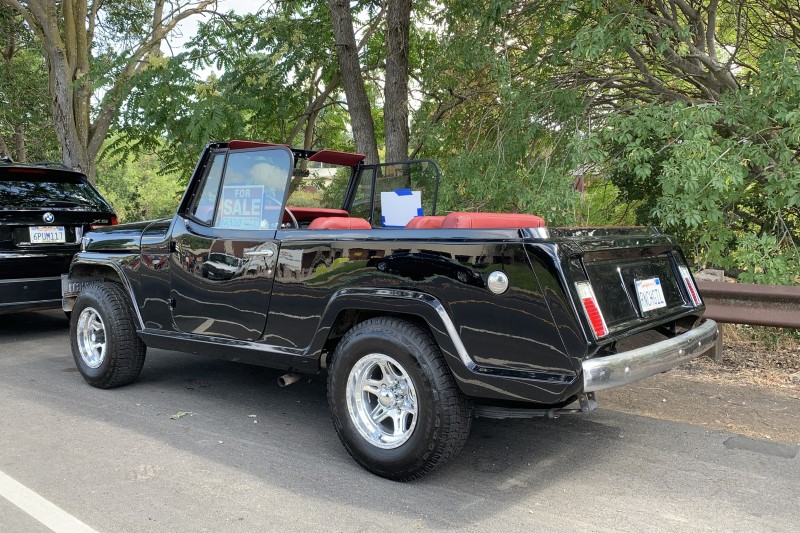 Jeep as we know it was born during World War II. The US military needed a small, tough, simple 4x4 truck that could go anywhere. American Bantam submitted a series of prototypes that evolved into the original Jeep. Willys Overland had a more powerful engine and Ford had vastly more manufacturing capacity. The two companies together were granted the contract to build Bantam's design, which became the Willys MB and Ford GPW. After the war, Willys Overland trademarked the "Jeep" name and marketed various models including the CJ (Civilian Jeep) series, Utility Station Wagon and Jeep Truck. They also continued to built the military Jeep, designated M38. Beginning in 1948, Willys introduced a street-oriented, two-wheel-drive, open-top "luxury" Jeep penned by famed industrial designer Brooks Stevens. The Jeepster was born. The Jeepster came with many carlike details like chrome bumpers and grille trim, full doors, continental spare tire, two-tone paint options and whitewall tires with chrome hubcaps. The first Jeepster was discontinued after 1950.

In 1953 Kaiser Motors purchased Willys Overland. Jeep continued under the Willys name until 1963, when Kaiser changed the company's name to Kaiser Jeep Corporation. By this time Kaiser Jeep was building the Wagoneer proto-SUV and Gladiator full size pickup truck, and still had the CJ line of compact 4x4s. There was room in the line for another model. International Harvester had the Scout, a smallish personal truck that could be configured as an open vehicle with a removable pickup roof or full length "Traveltop" canopy. Ford was readying its own Bronco for 1966 with similar configuration options. GM had a bigger idea, basing their own twin Chevrolet Blazer and GMC Jimmy offerings on shorter versions of their respective full-size pickups. Supplementing the competition from abroad were the Land Rover Series II, Toyota FJ40 Land Cruiser and Nissan Patrol L60. Kaiser Jeep took a page from its own history and introduced an all-new Jeepster for 1967. 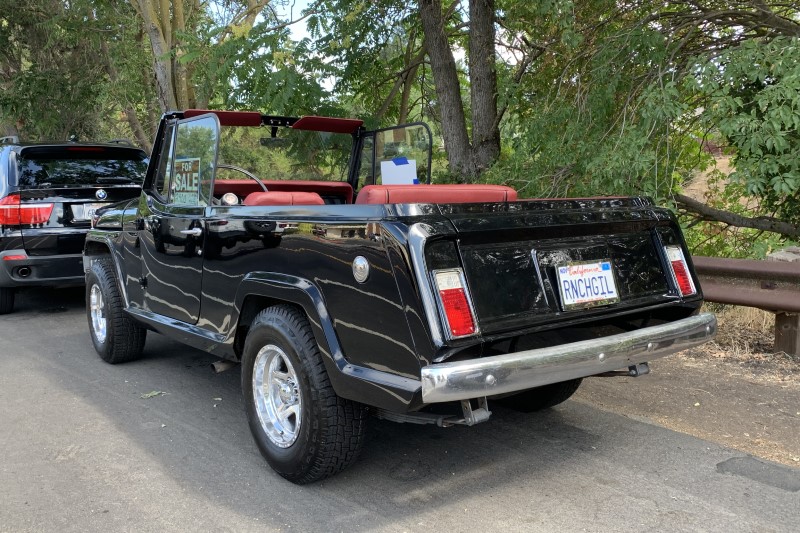 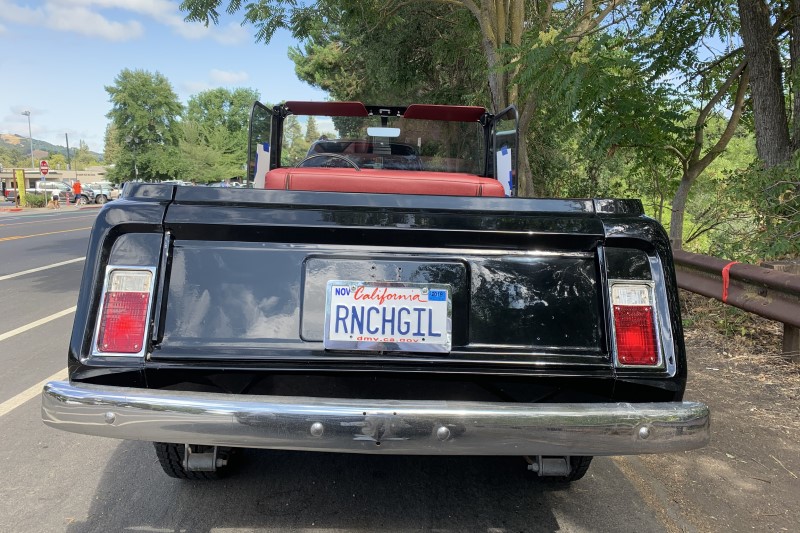 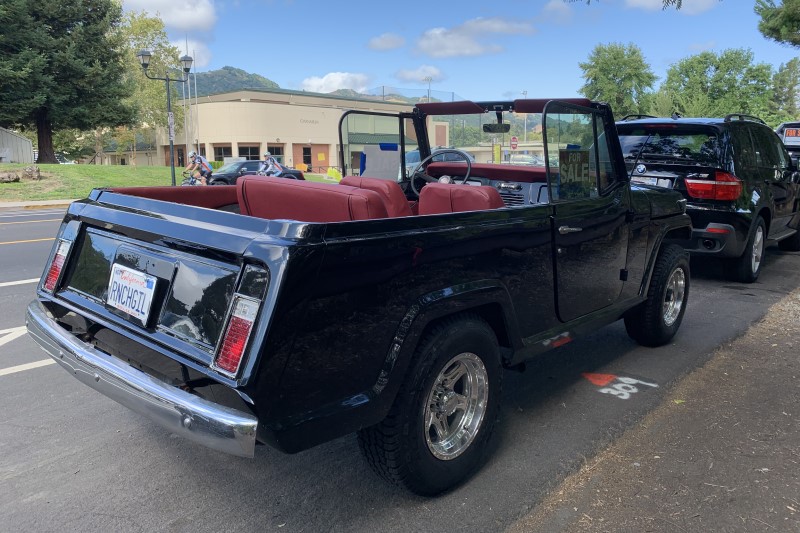 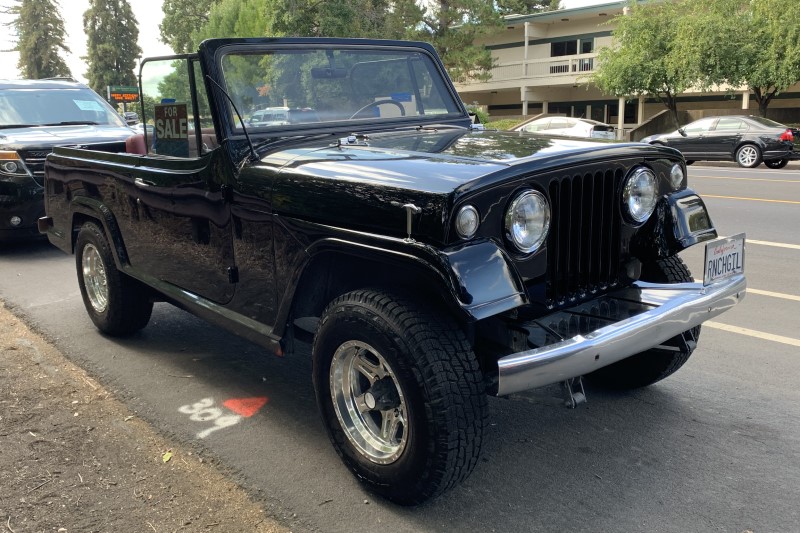 The Jeepster C101 was the first Jeepster to be offered with four-wheel-drive. The 4WD models were called Jeepster Commando. Multiple roof configurations were available, ranging from a roadster with removable hard or soft tops, to a dedicated convertible, to a hardtop station wagon, to a pickup truck. It was a similar formula to the competition, but with a distinctly Jeep flavor. Two engines were initially offered, the 134 cubic inch Willys Hurricane four or 225 ci Dauntless V6 sourced from Buick. American Motors (AMC) purchased Jeep in 1970 and phased out the Jeepster model name, making the vehicle just the Jeep Commando for the 1972 and 1973 model years. These late model Commandos received a new front fascia to bring them in line with the Wagoneer's 1971 refresh, and three AMC inline six and V8 engines. 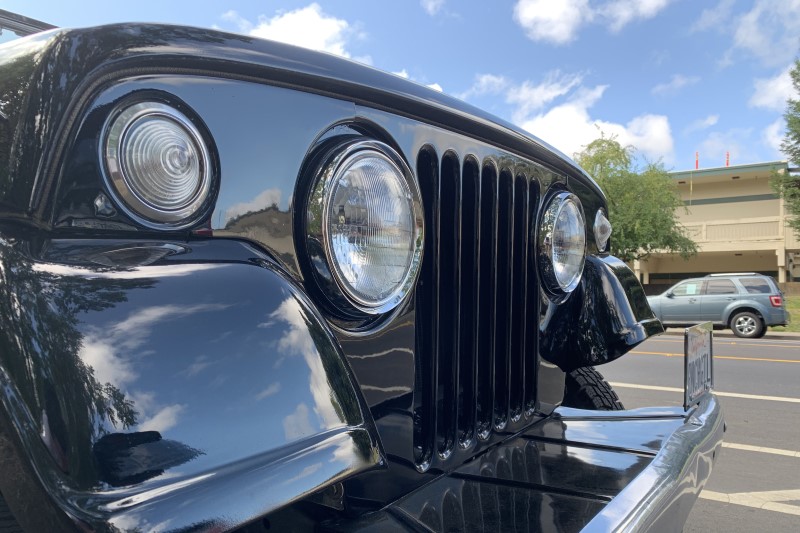 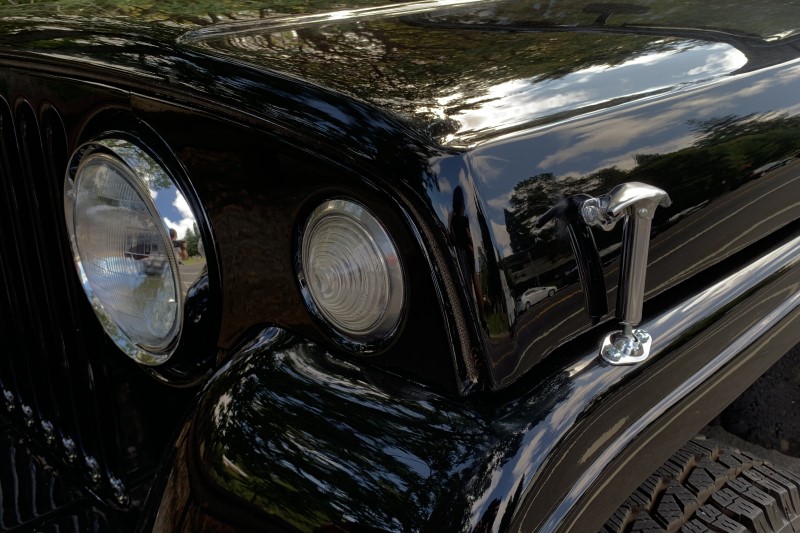 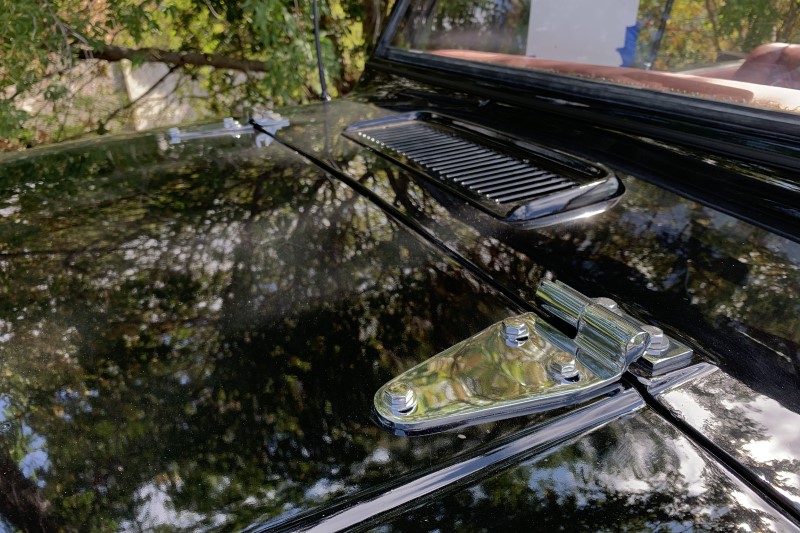 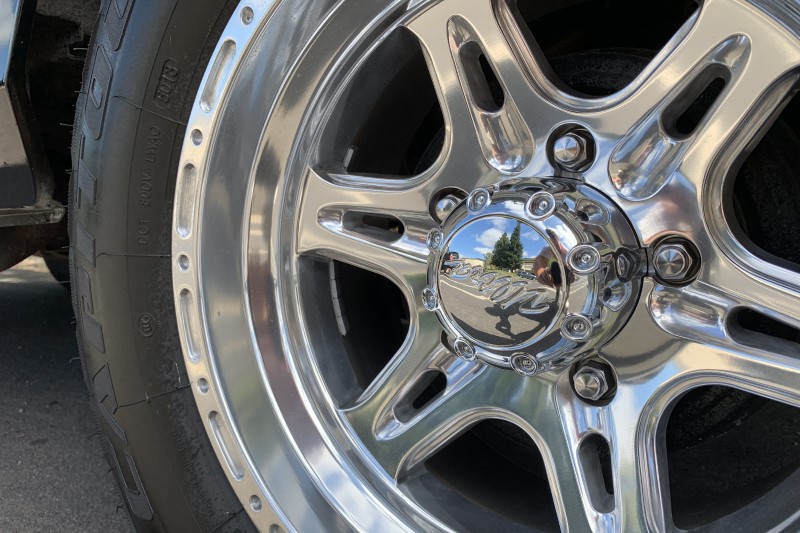 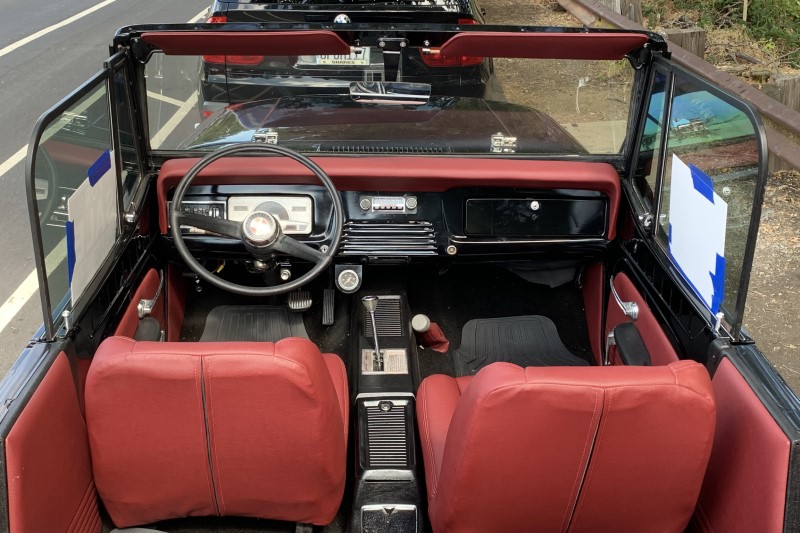 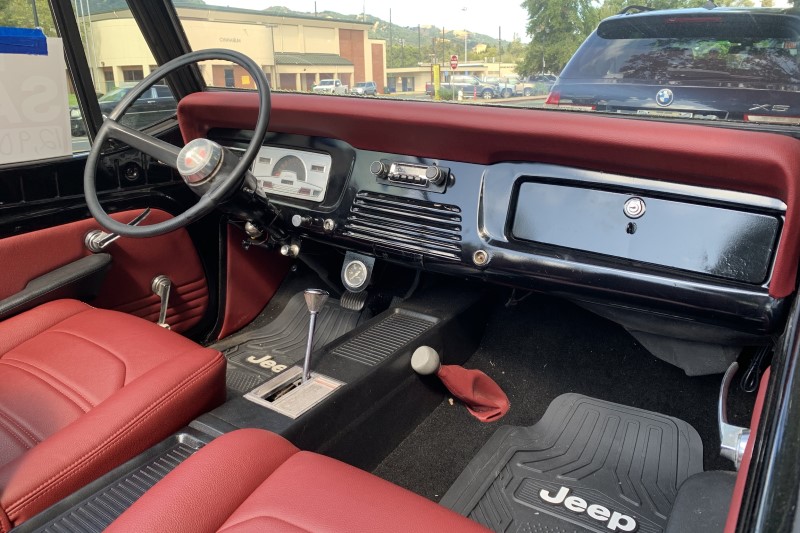 This particular Jeepster is a 1968 model equipped with the Dauntless V6 engine, automatic transmission and 4WD. It looks like a very solid restomod with a stock roadster body, nice dark red vinyl interior with bucket seats and a center console. I wish I had snapped a close up picture of that cool instrument cluster. When I saw it, it was missing the script badges from the hood sides and tailgate, and was also missing the chrome license plate lamp. I'm guessing it was a brand-new paint job, because it was perfect with no rock chips. Maybe all the brightwork wasn't yet installed. What chrome is present, looks really clean and shiny. The front bumper has a few tweaks. It rides on Ultra Motorsports 207-208 Badlands chrome alloy wheels, though I don't know the size. The side exit exhaust is a style I didn't see on any other Jeepster of similar vintage when I Googled it. While it's a little more customized than I would have picked, it is one of the cleanest - and one of the only - examples of a Jeepster of this generation I've seen in a long time.

As always, have a safe and happy 4th of July. I'm expecting a quiet one this year because of the COVID-19 pandemic. No hometown parade, no fireworks, nothing. Maybe next year. Wishing continued good health to you and yours.