The first car I ever rode in was a Pontiac 6000 STE. It was my parents' car, a blue 1985 model that they purchased used in 1987. I grew up in and around that car, and it was my first car when I started driving. So the 6000 STE made a huge impact on my life. I loved its low rumbling growl, space-age digital dashboard, nimble handling and excellent all-around visibility. 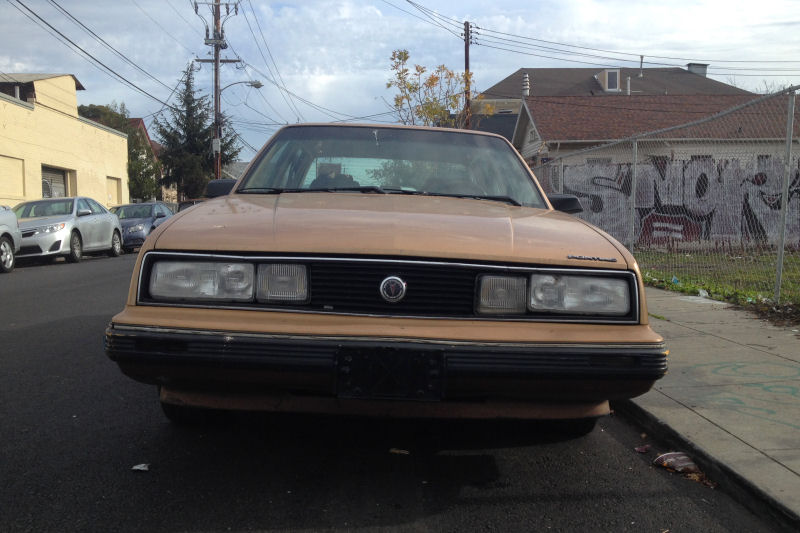 Unfortunately the GM A-body FWD platform isn't known for being a stellar car in general. Your average Chevy Celebrity or Olds Cutlass Ciera is a car for poor people and students. A lot of young people today don't even know what a Pontiac 6000 is, let alone Pontiac's Special Touring Edition sport sedan that once tried to compete with BMW. Others I've talked to or read, who are familiar with these cars, also know that they tend to be finicky as they age. 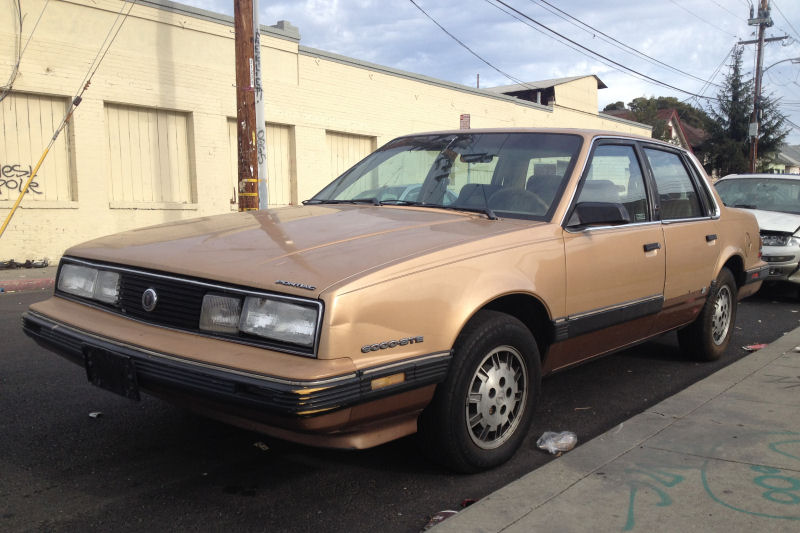 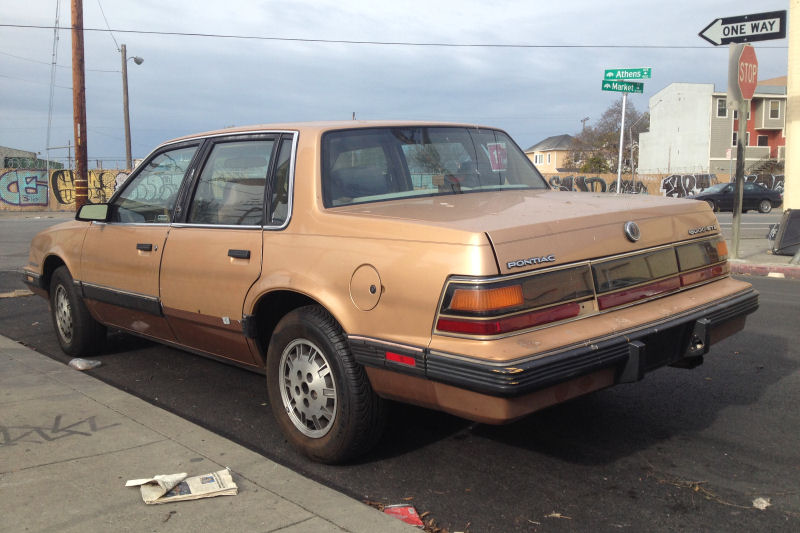 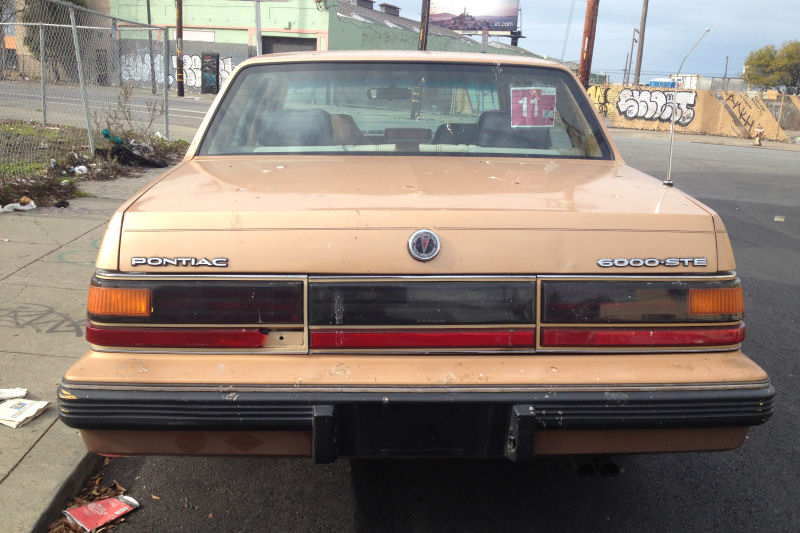 Much of what makes the STE "Special" is electronic. It features self leveling rear air suspension, full digital instrumentation complete with a highly detailed driver information center and a decent Delco stereo. Beefed up suspension, four-wheel disc brakes with ABS and special 14-inch alloy wheels made in England made the car handle better than Grandma's 6000 LE. Fog lamps, two-tone paint and STE badging set it apart visually. 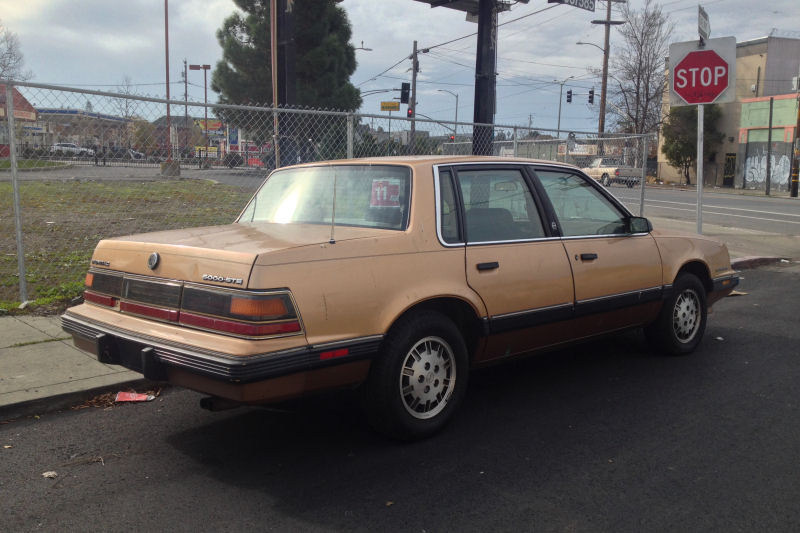 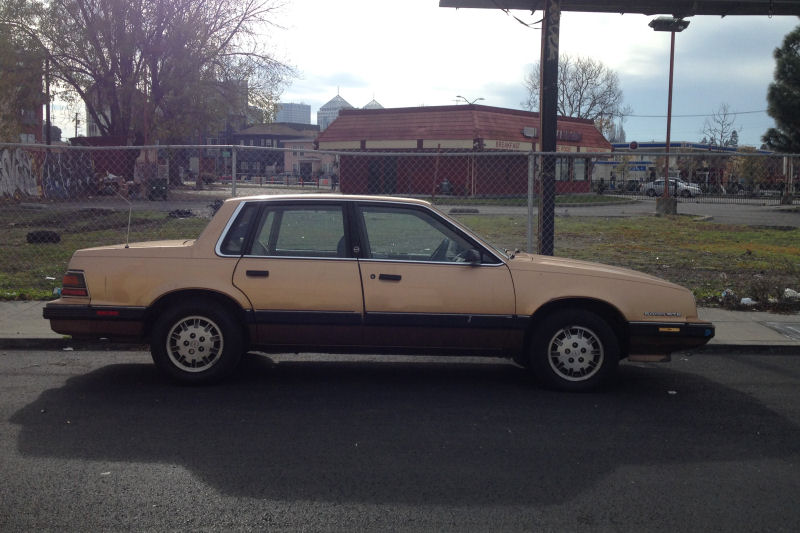 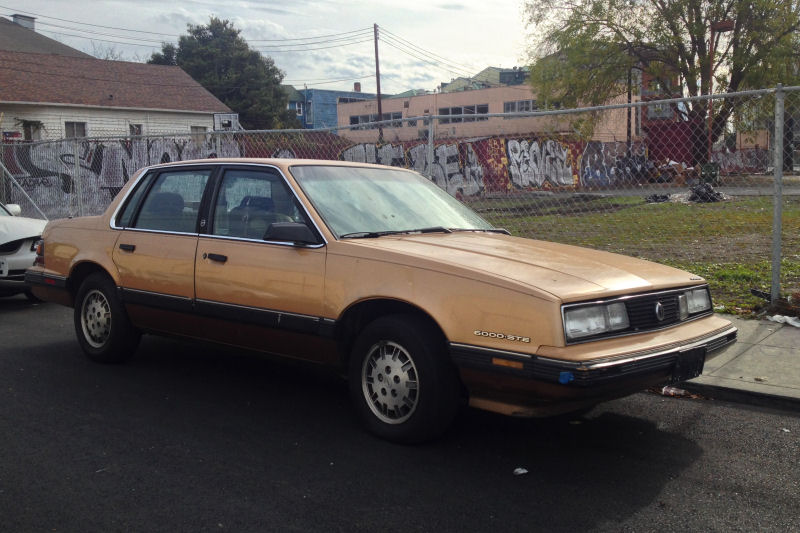 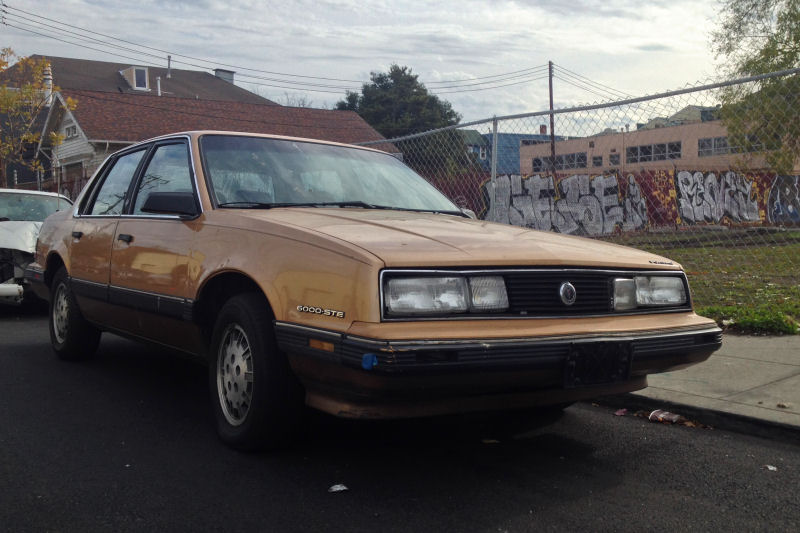 The 1985 STE received electronic fuel injection for its "high-output" 2.8 V6. Post-1986 models got a digital odometer and a dozen steering wheel buttons to control radio and other functions. The '86 also got a 4-speed automatic in place of the old 3-speed (an upgrade I wish my car had). Some STE styling touches were later employed on standard 6000s, such as the smoked taillights and composite headlamps seen on this car. All 1988 6000s received a new aerodynamic rear window that eliminated the car's formal roofline and rear quarter windows. As a result, by '88 the STE needed something else to make it special again. GM's styling department added ground effects, driving lights, new 3-spoke directional wheels and a rear spoiler. And its greatest trump card for '88 was all wheel drive and a new 3.1 liter V6. The resulting car was... well, it was heavier, sillier and I think it was actually slower. Not to mention the AWD system ate up significant trunk space. But hey, you could get it with gold badging and monochromatic paint! 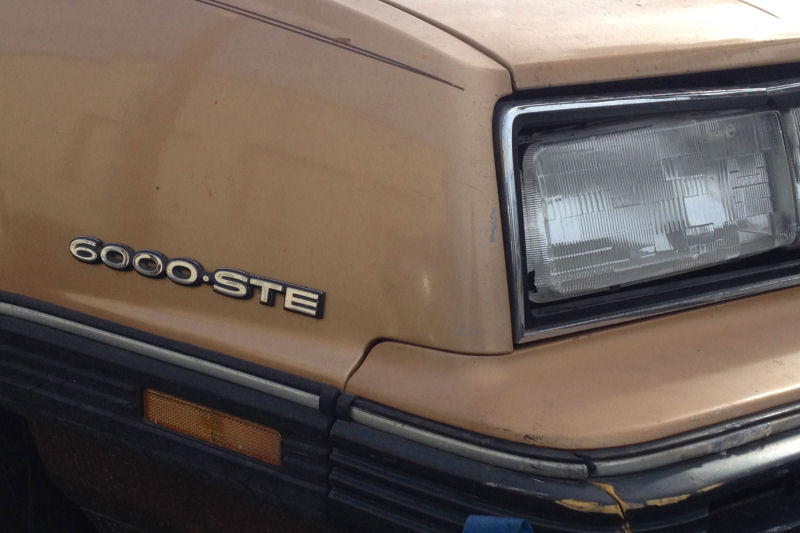 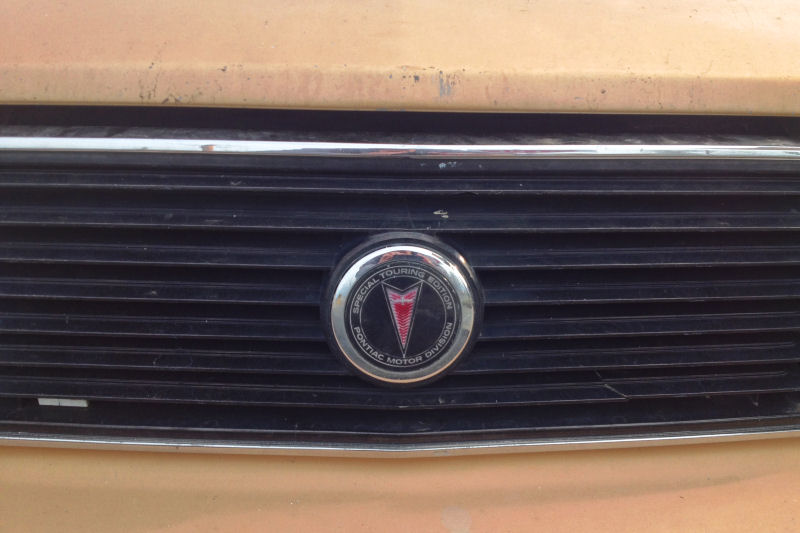 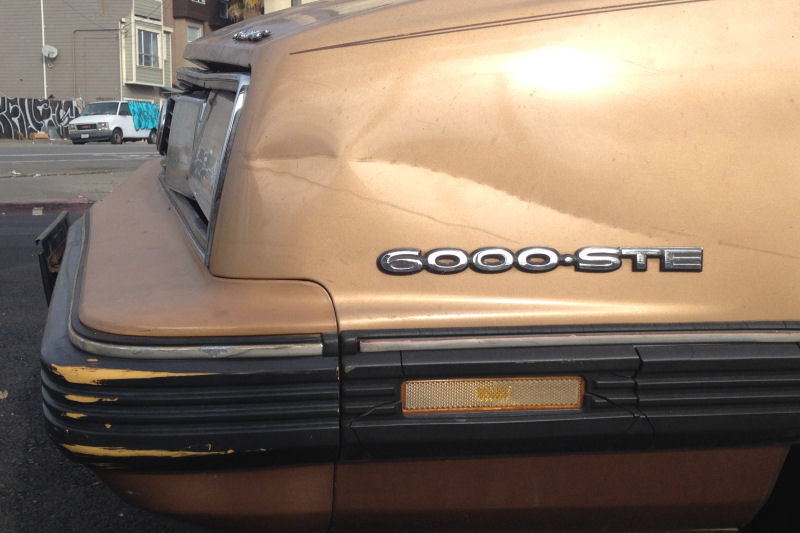 So here is the problem with the STE. Everything on it that isn't corporate is unique, and most everything that is unique is obsolete. Cars like my '85 had significant changes from year to year, making things like a wiring harness not fully compatible with any other model year. Sheet metal is generally the same as all other 6000s, but the fascia, taillights, and badging are unique. If you find one in a junkyard, it's kind of a crapshoot guessing whether the electronics will fit your car without splicing. For example my '85 has fuel injection, so wiring from an '84 won't work. I have an analog odometer and a different tach and no steering wheel buttons so the '86 wiring harness might not all work with it. Notice this car, when photographed, had a 1-month moving permit sticker from the California DMV. Granted there were no plates on it, but that tag often is a sign the car failed a smog test. There are a lot of relays and sensors and things that can cause problems. Mine also had its ride control compressor fail and I could never source a direct replacement. Fortunately California's climate saves some of these cars from rusting out, but it seems like most of them were sold in the Midwest or Canada and are long gone. 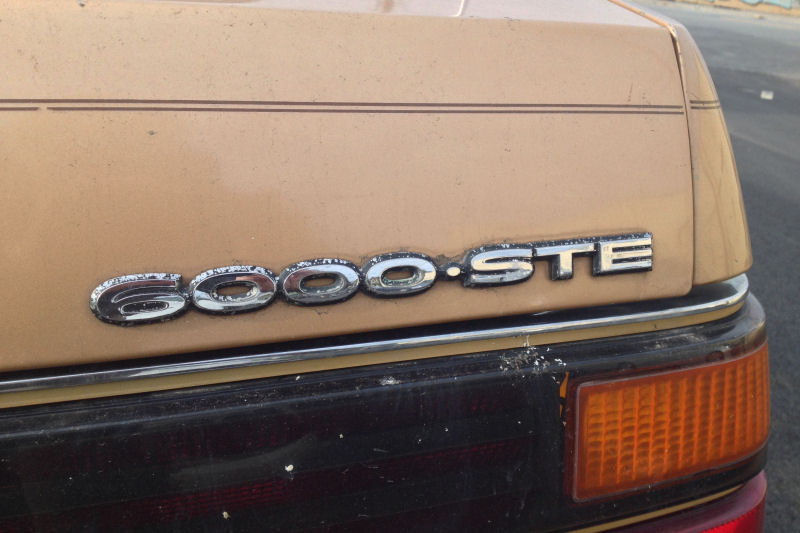 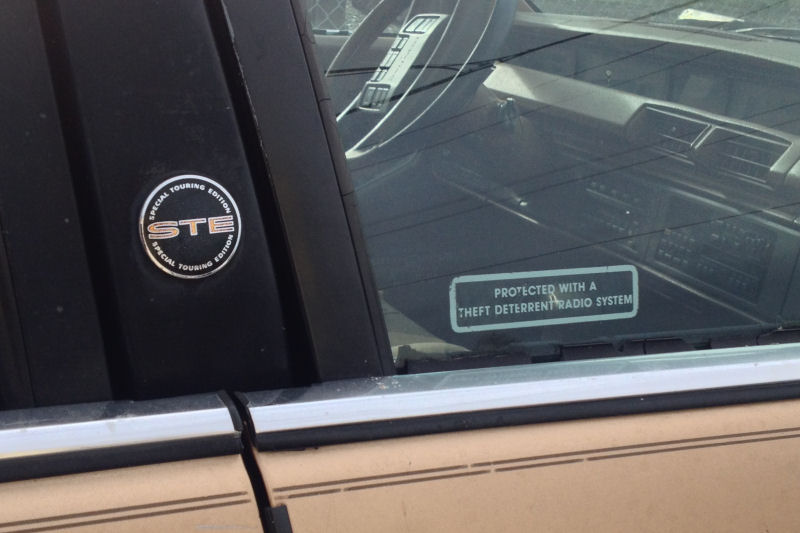 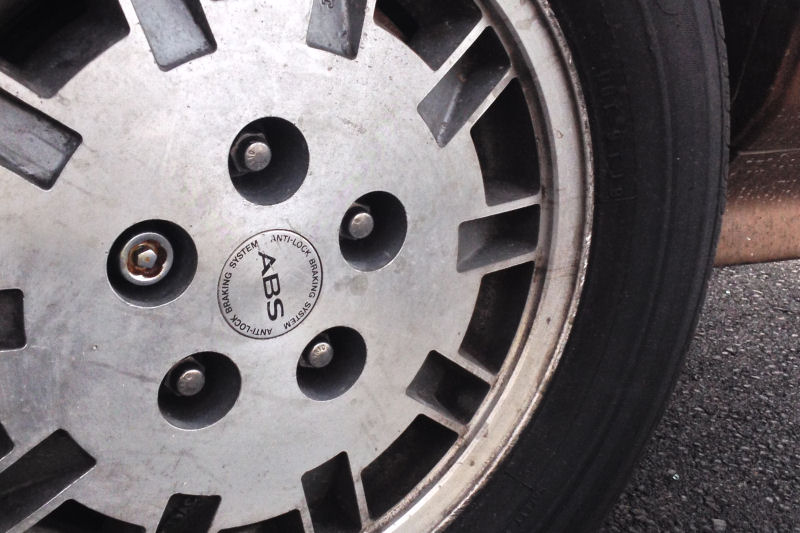 I didn't get the chance to meet the owner of this car but his colleague at the auto body repair shop came out to see what I was doing. It wasn't a great part of Oakland and he said he had had a car stolen from that block previously. I assured him my motives were honorable since I had an STE at home. The car appeared around the area several more times after it was photographed, but not in recent months that I've observed. I wonder what became of it.

Photographed January 2016
Posted by Jay Wollenweber at 12:00 AM