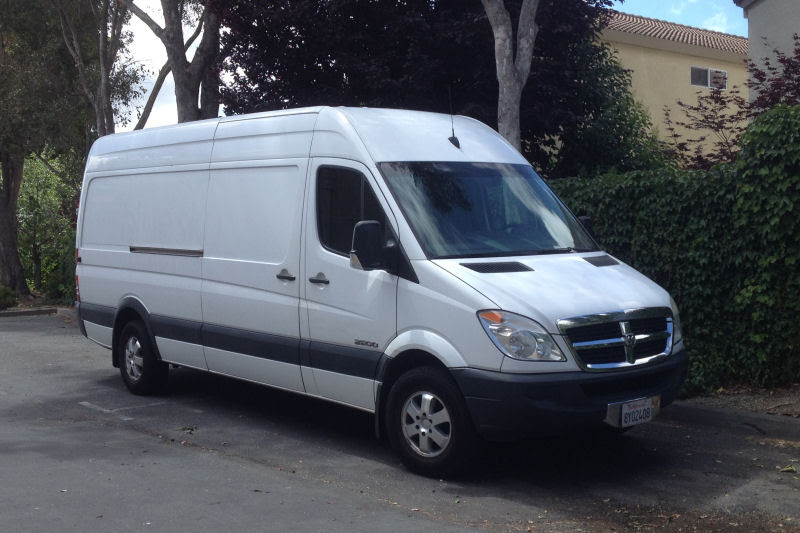 In the three-plus years I've worked for Country Club Cleaners in the eastern Bay Area, there have been few vehicular constants. When I came on board the company fleet consisted of six Ford Transit Connects, two Dodge Caravans, two Chevrolet Astros, one Ford Econoline, two Chevrolet Expresses and a Dodge Sprinter. Of those vehicles I believe we have one Express and four Transits left; the rest have been replaced due to age and mileage. It's easy to take something for granted that's just always there, and the Sprinter has been the biggest workhorse of the company. 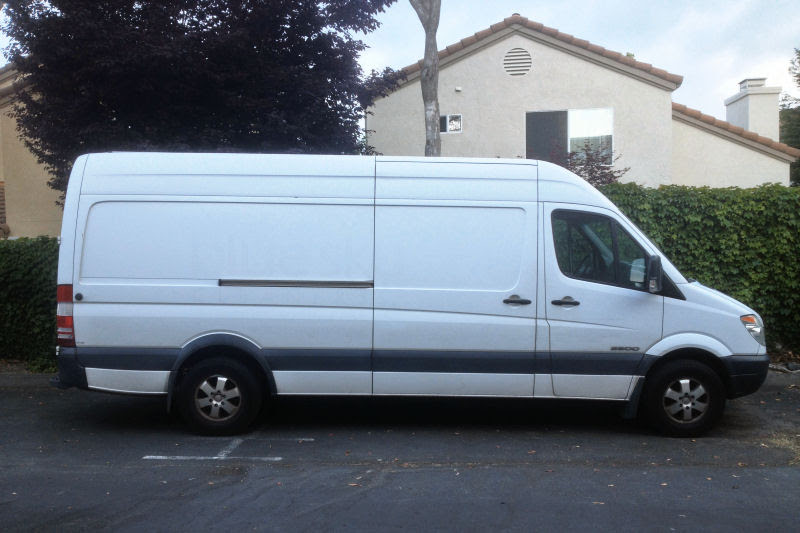 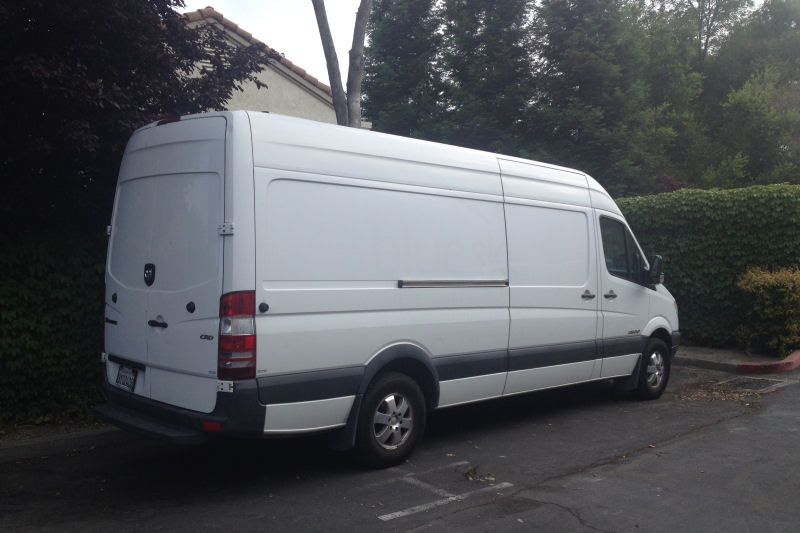 The 2008 Sprinter 2500 diesel long-wheelbase van was the company's primary shuttle vehicle, which is to say that it ran loads of both clean and dirty clothes as well as supplies between two storefronts and the main dry cleaning plant location, a round trip of over 30 miles. It often made three or four round trips a day and the shuttle van honestly is pretty much the backbone of the company. Consider that we handle dry cleaning and restoration work sixteen miles away from the shirt laundry and wet cleaning facility. Without a large, reliable van you're forced to make more trips throughout the day to make sure customers receive their clothes on time. Isn't logistics fun? 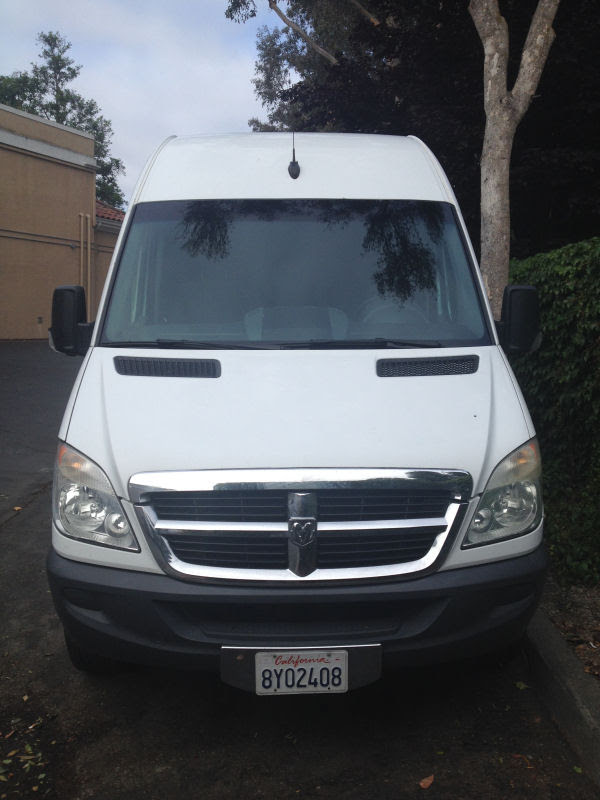 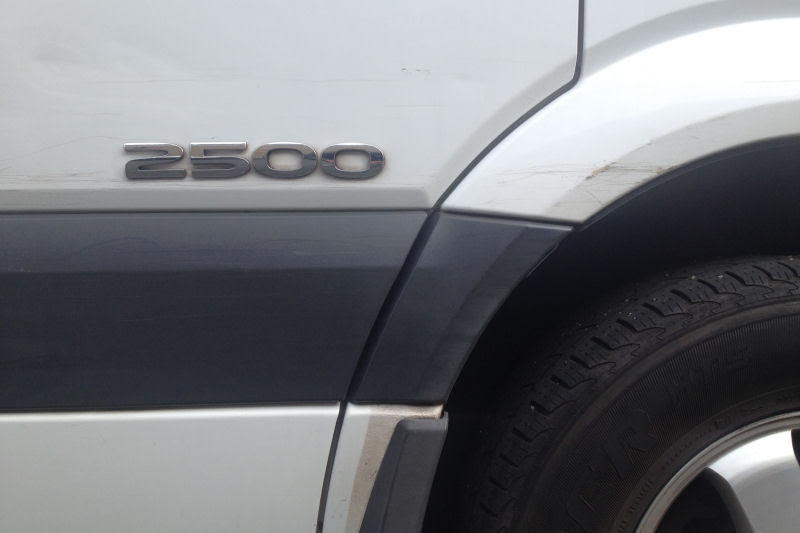 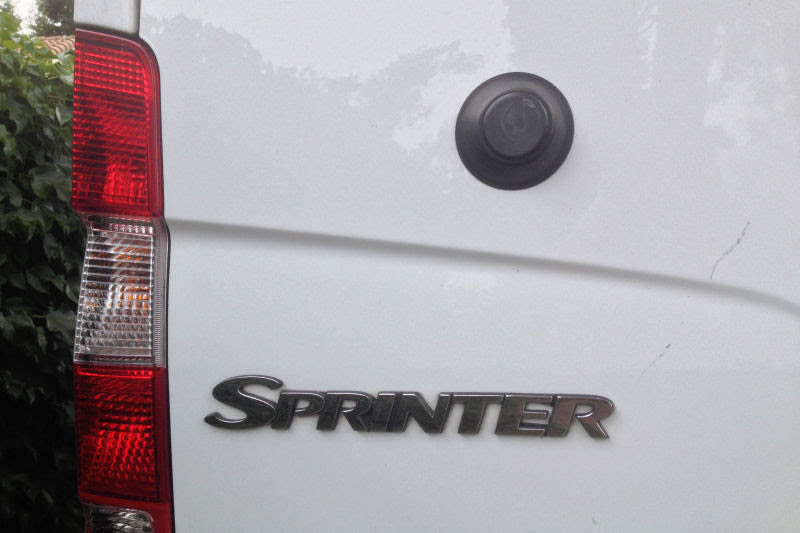 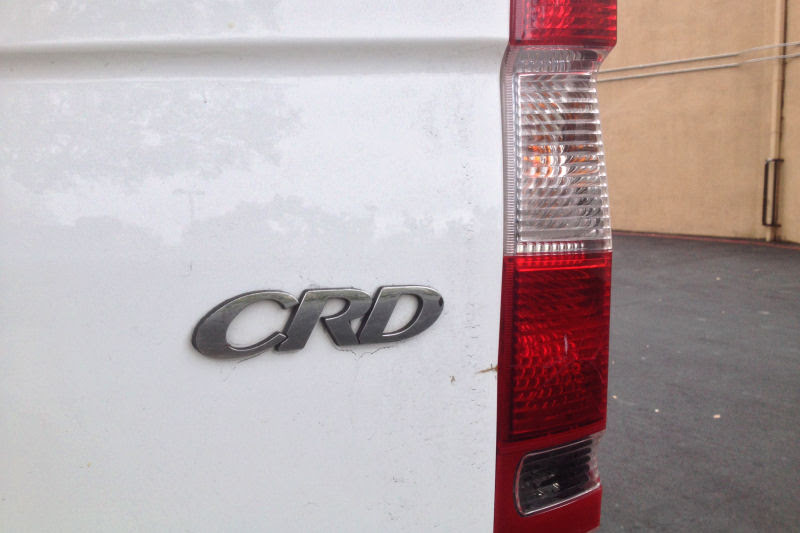 This post is both a review and a eulogy. On December 17 this year the Sprinter was doing a routine shuttle run when it was involved in an unavoidable accident on the freeway. Nobody was hurt but the Sprinter was declared a total loss by the insurance company. I consider it a testament to the van's toughness that it ran and drove back to our store under its own power. As far as I know it was still roadworthy despite the damage. Unfortunately an eight-year-old work van with about 180,000 miles and many dents and scrapes wasn't worth fixing. Edit: Or so I thought. It was repaired. 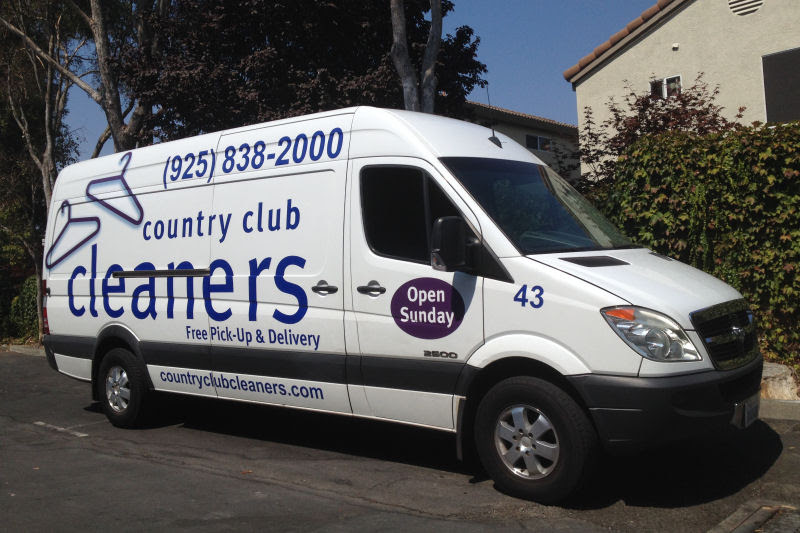 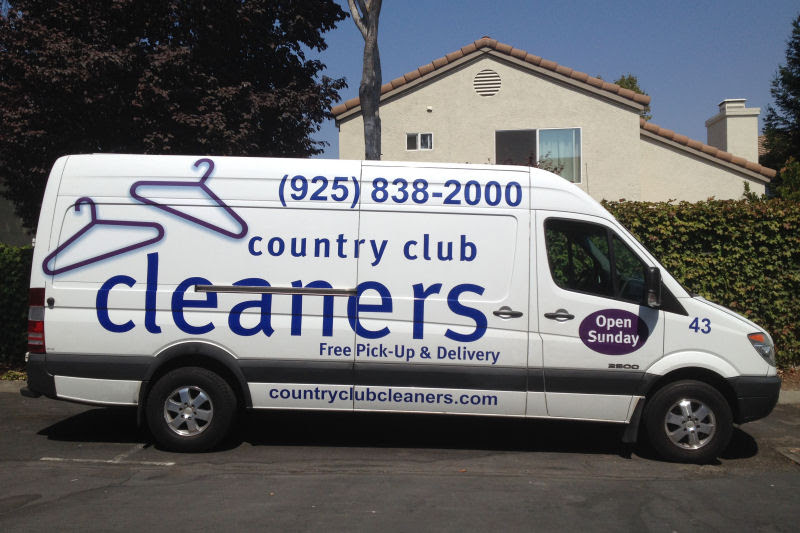 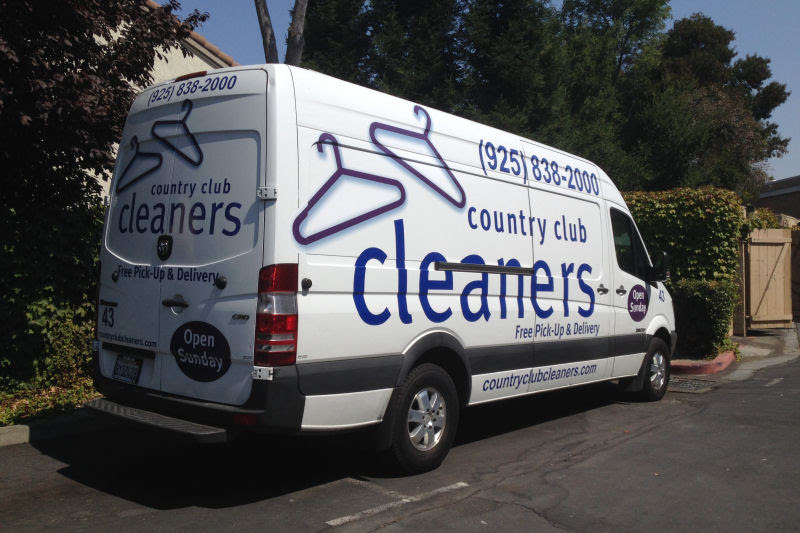 It should be noted that I only drove this van twice. I felt that it was enough to get an idea of the truck's driving habits. It is a very big vehicle and arguably the biggest box I've ever piloted. Despite its intimidating size and height, the Sprinter has remarkably civil road manners. It wasn't fast but my coworkers who did shuttle duty liked the common-rail direct injected V6 turbodiesel's 280 lb-ft of torque. My biggest fear was in reversing, since the van had no rear or side windows and no parking sensors. It didn't even have a backup beeper. What it did have were decently sized mirrors and Mercedes engineering behind a Dodge badge. 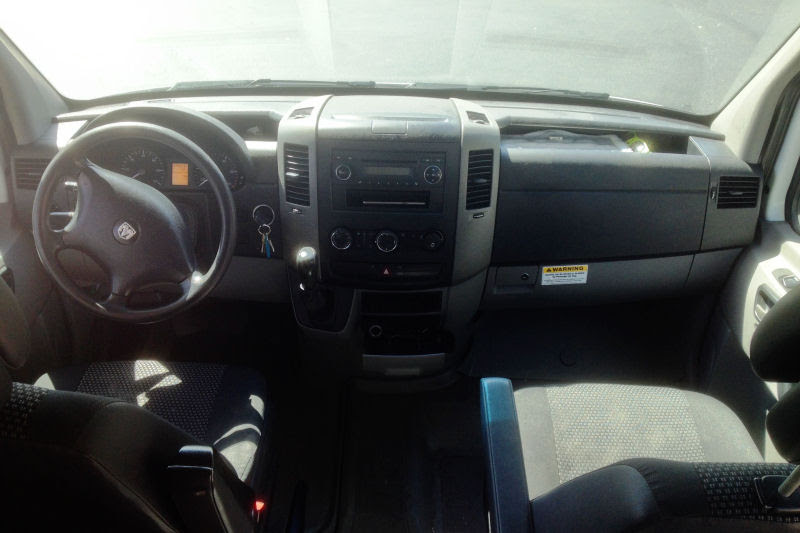 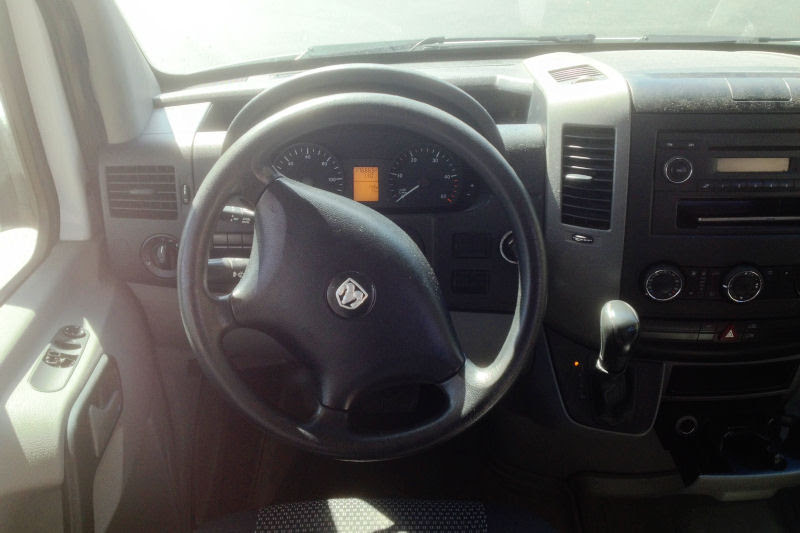 The interior was nothing to write home about, cheap parts bin plastic and amber backlit displays. The automatic shift lever felt odd with its small size and dogleg pattern whereas the handbrake was a long exposed metal thing with an almost industrial look to it. The cargo area was very spacious with the medium height roof option. The average person could stand up inside there if you were careful not to hit your head on the overhead racks. It had five or six steel pipe racks welded left to right and could hold several hundred pieces of clothing at once. It received a new livery and number within the last year. Despite having the newest unit number (43) the Sprinter was actually the oldest truck in the fleet. I figure it was bought around the same time as #18.

EDIT: As of May 2020 the old beast is still in regular service.

If you're in the market for a dry cleaner in the eastern San Francisco Bay Area, please consider our services.
These posts are not sanctioned by my workplace and I don't get any promotional compensation for them.
Posted by Jay Wollenweber at 12:00 AM