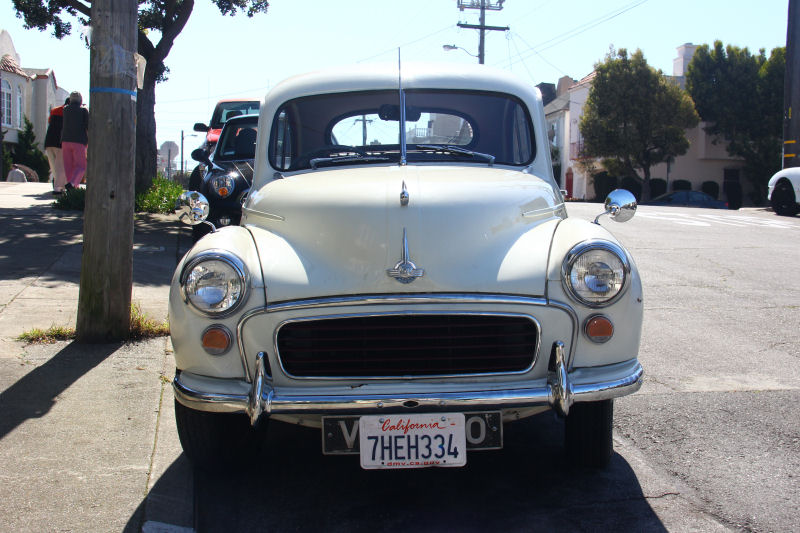 Before the Austin Mini made its debut and took the world by storm, the Morris Minor was British Motor Corporation's iconic postwar people's car. The Minor went into production in 1948 as the product of several years of development by Sir Alec Issigonis. It featured modern unit-body construction, rack and pinion steering and front independent suspension. Issigonis wanted to create a small cheap car that handled well, that a normal person would want to own and drive. He was successful in that mission and the Minor was the first British car to sell a million copies. 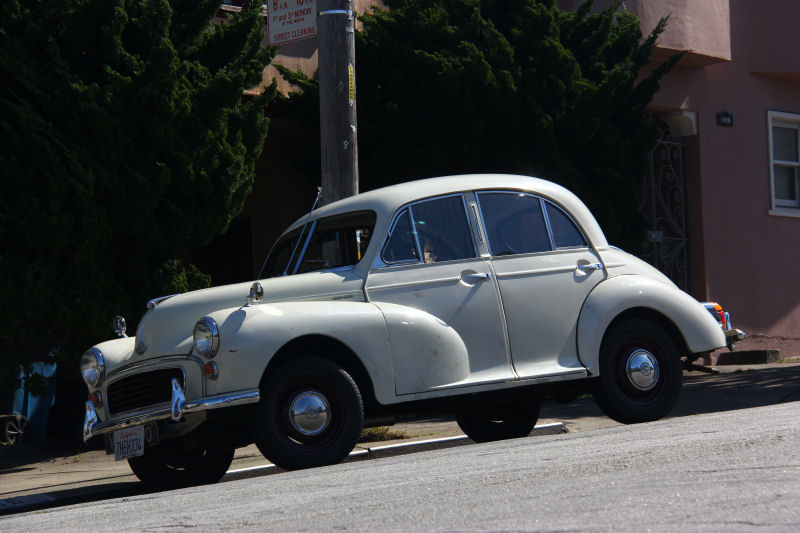 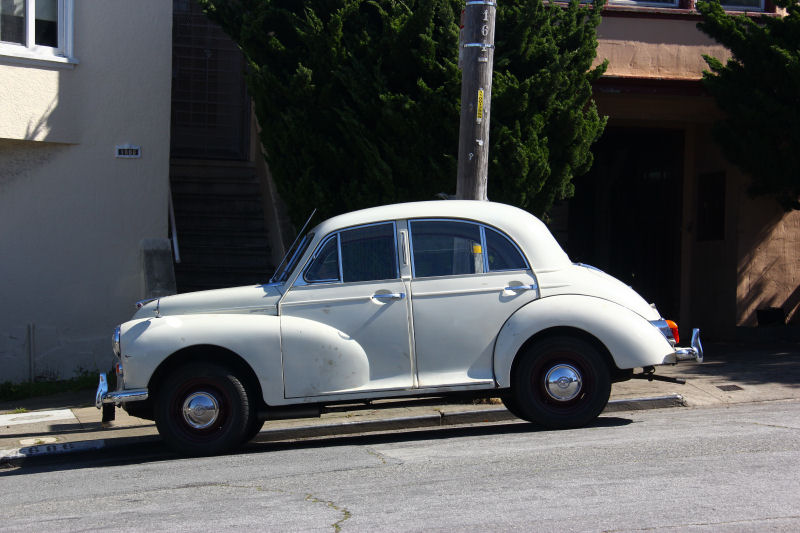 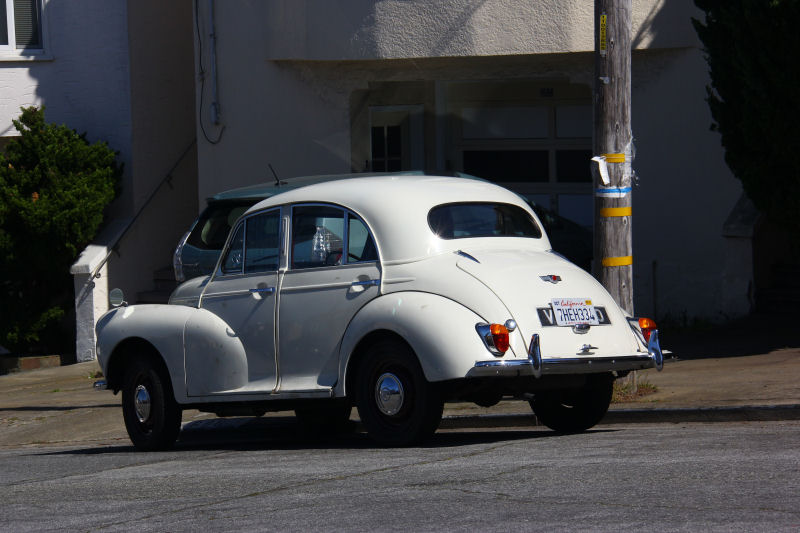 This Minor appears to be a late Series II car produced between 1954 and 1955. My guess of 1955 comes from its horizontal slat grille and split V windshield glass, making it part of the transitional period between the Minor Series II and the Minor 1000 introduced in 1956. It is right-hand-drive with long plates under the recent-issue California plates, making me wonder if this Minor is a recent import from the UK. I believe it's owned by the same collector with the daily driver 1930s MG Midget. 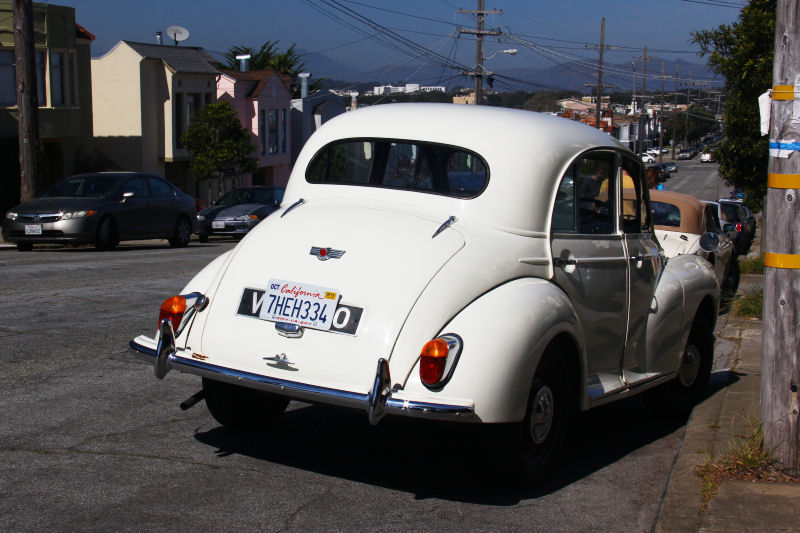 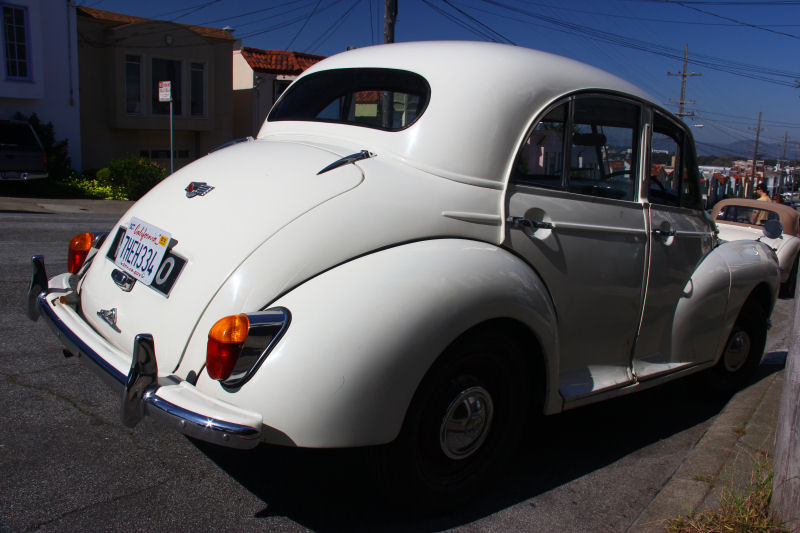 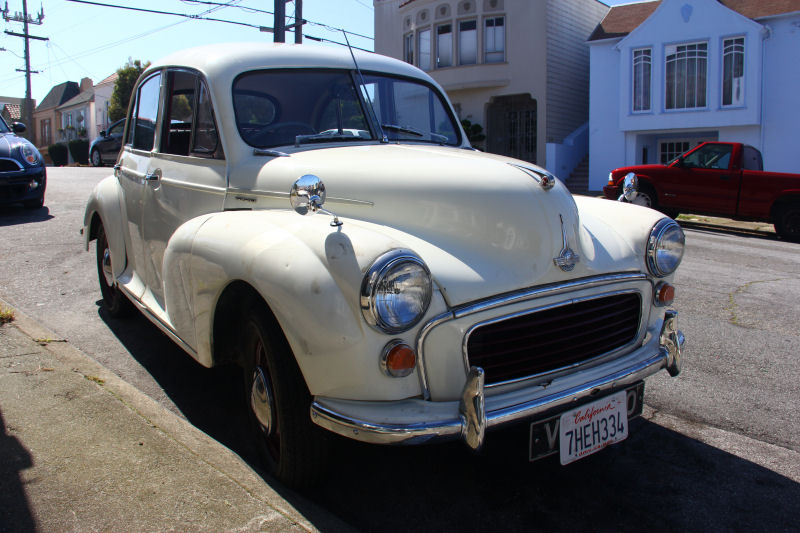 I've never seen many four-door Morris Minors. Living near the coast as I do, it seems like most of them are the two-door wood framed station wagon. Those that aren't, are usually two-door sedans. I've previously featured an interesting Minor van here. Oddly enough, considering that some 30% of Minors were convertibles, I have almost never seen any. 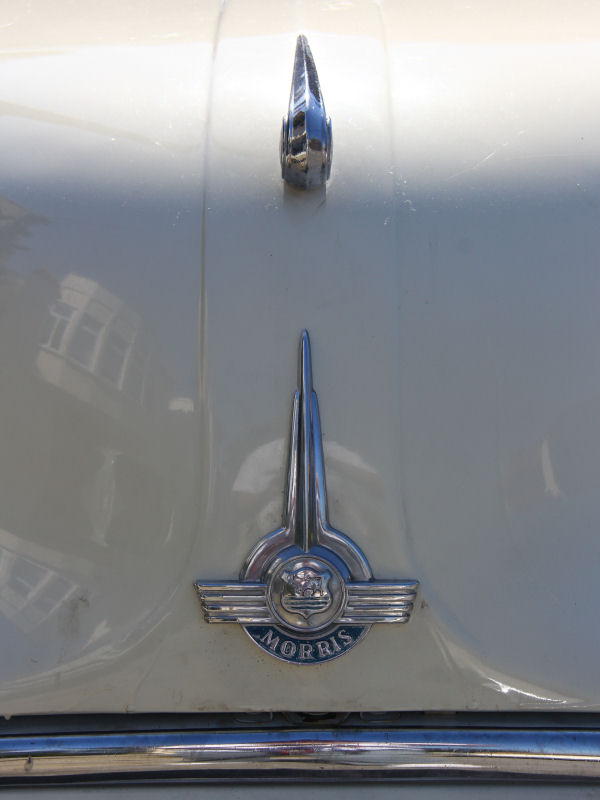 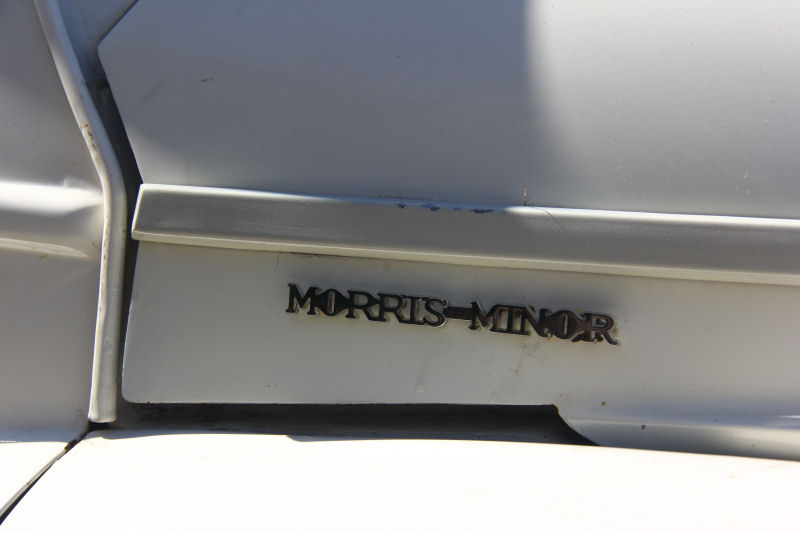 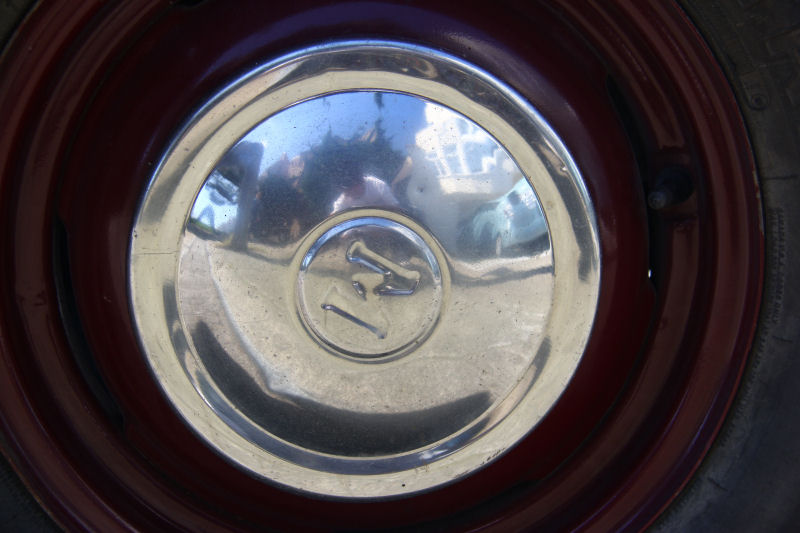 This Minor is a little dirty but looks to be a solid driver. It probably doesn't need much. The dark maroon wheels are an interesting contrast to the white body without going all the way to black. Cool fact about those little stick things between the door pillars: they're flip-out trafficators used to indicate turns. On this car they operate on a timed mechanism that swings them back into the closed position after a certain amount of time. These were replaced by actual turn signal lights for 1961. This particular car looks like it has been updated with blinkers and taillights from a later model. It's a very useful upgrade for safety's sake, especially in today's world where nobody knows what a trafficator means. And in a car with 30 horsepower, if someone doesn't see you, you can't really floor it and get out of their way. So visibility is key. I certainly didn't have any trouble spotting this one.

Photographed March 2015
Posted by Jay Wollenweber at 12:00 AM