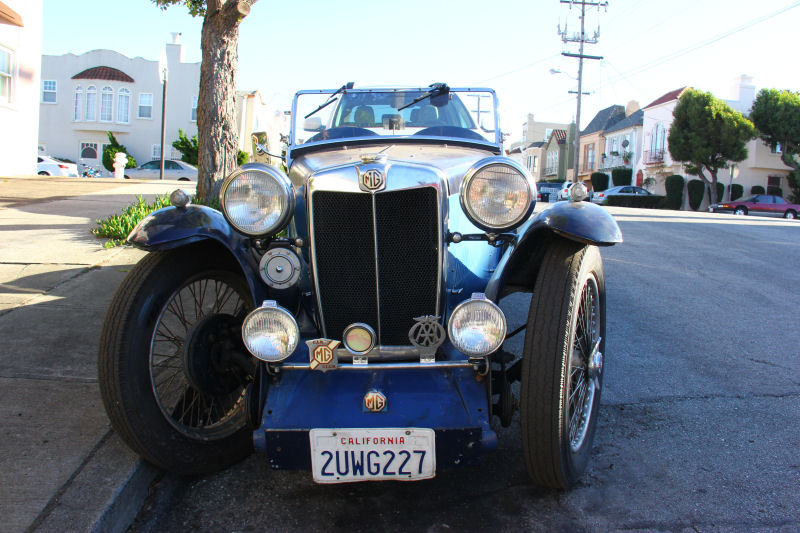 It takes a hardcore British sports car enthusiast to own a pre-war MG. They're small, crude, slow, unsafe and probably leak fluids from every conceivable place. But I imagine that they are one of the purest forms of motoring in a world dominated by modern Suburbans and F-150s with power steering, power disc brakes, automatic transmissions, dual-zone climate control and other such luxuries. A car like this 1930s MG PA Midget has a four-speed manual transmission, non syncromesh. Cable-operated manual drum brakes. Manual steering. Your dual-zone air conditioning is to lower the fabric top and/or hinge down the windshield. And as for power windows... what windows? 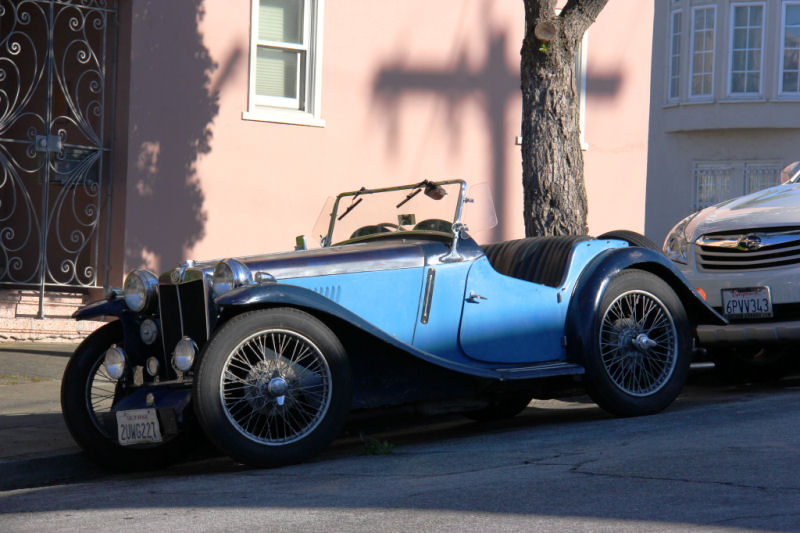 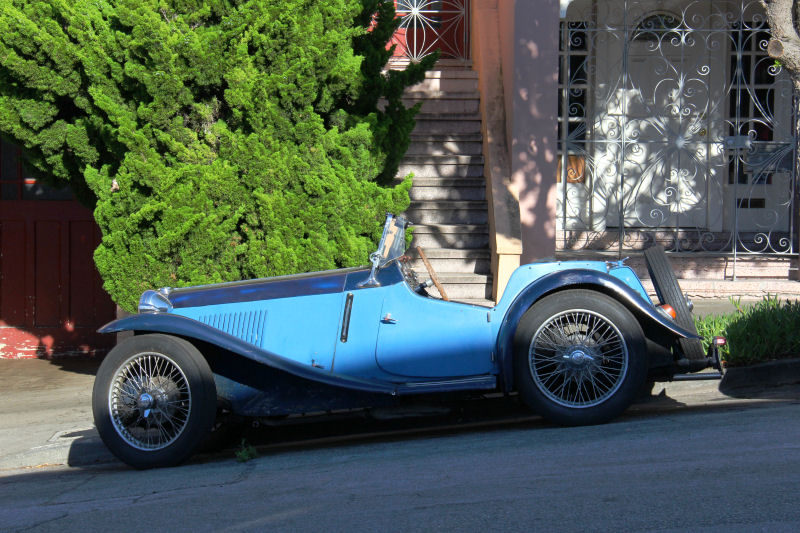 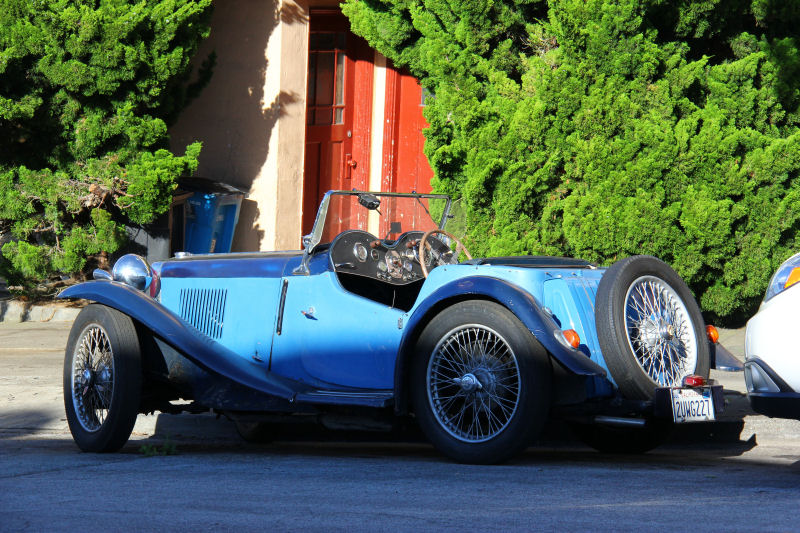 The MG PA Midget marked an important progression in MG sports car design. The previous J-Type Midget had a 1920s-era Morris four-cylinder engine with a two-bearing crankshaft that broke easily if over-revved. The crank was given three bearings and made larger in the PA. The PA also gained larger brakes than the J-Type, one of its predecessor's main failings. The PA produced 36 horsepower. 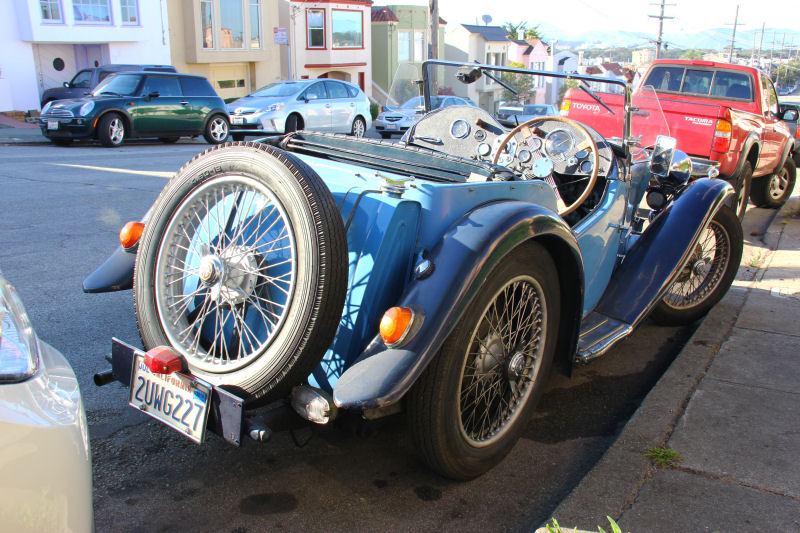 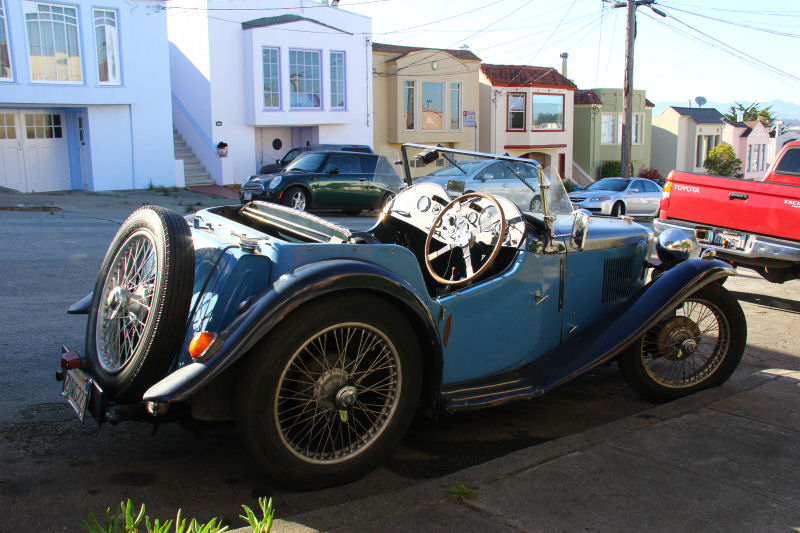 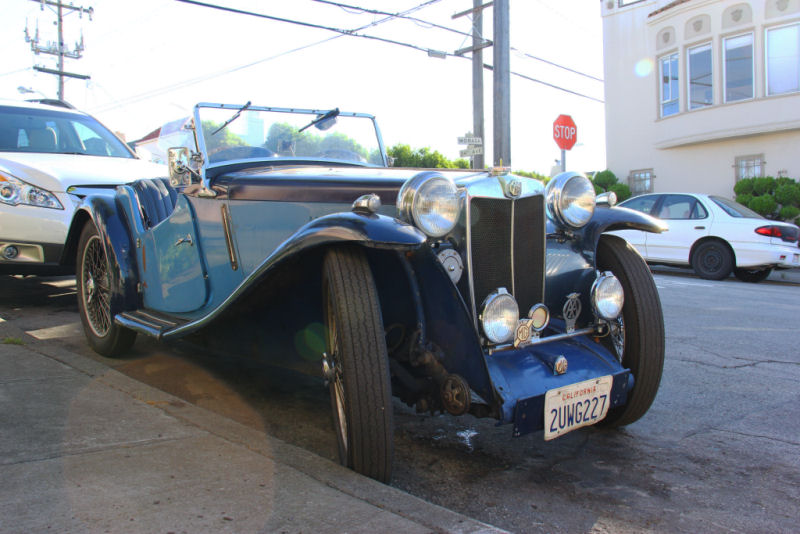 I happened upon this little sports car while browsing San Francisco's Sunset district late in the day, which accounts for the terrible lighting. I was trying to outrun the rapidly lengthening shadow of the houses across the street and naturally it ended up halfway up the side of the car. Oh well. Incidentally I did go back there once or twice on later dates and found other English classics out on the street. So you'll be seeing at least one other car from this collector in the future. 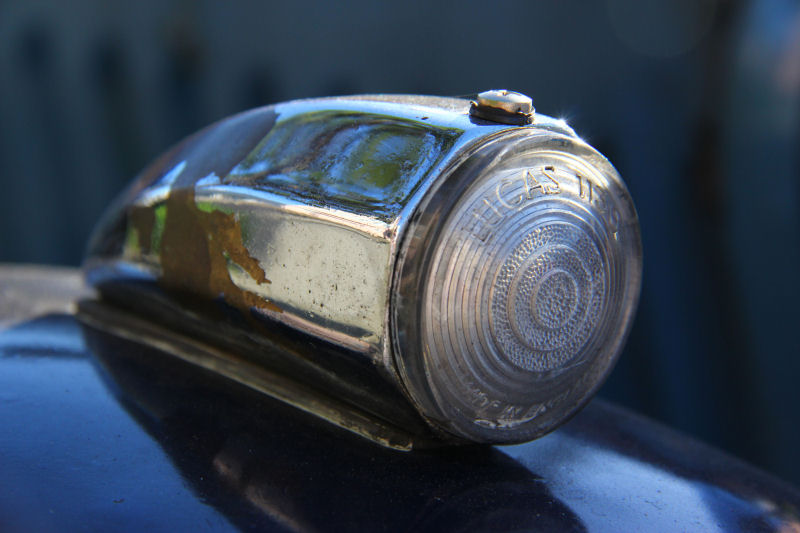 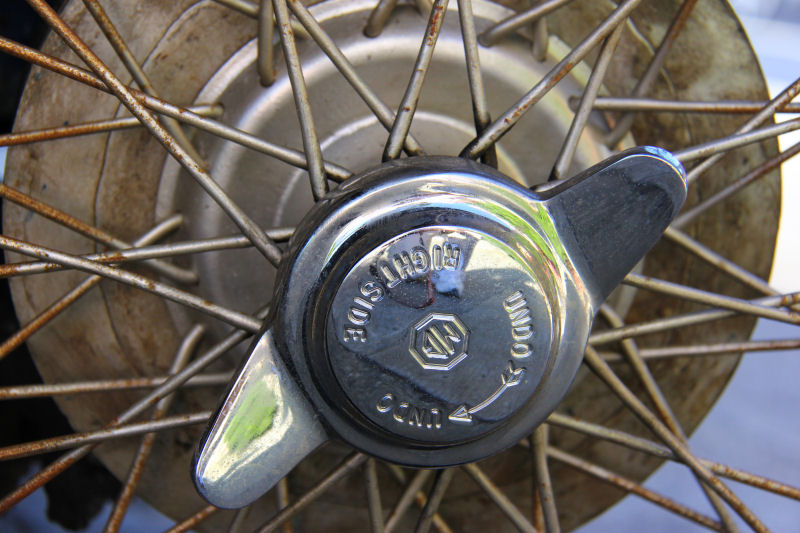 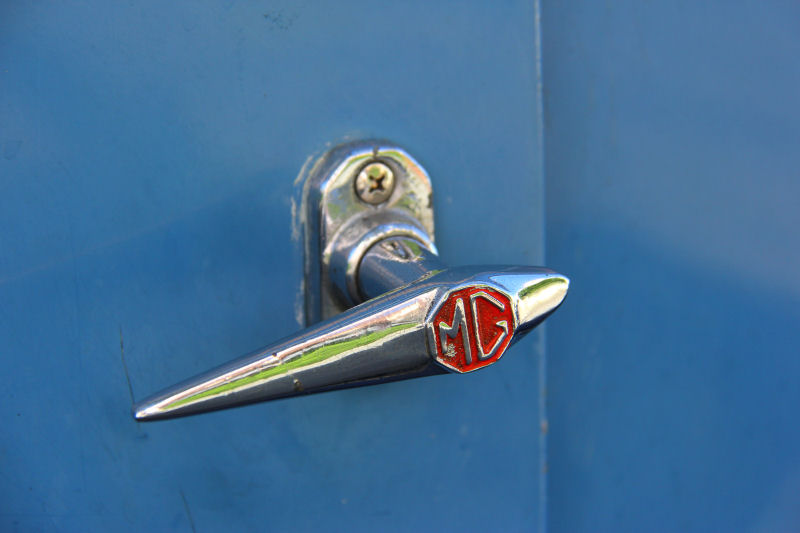 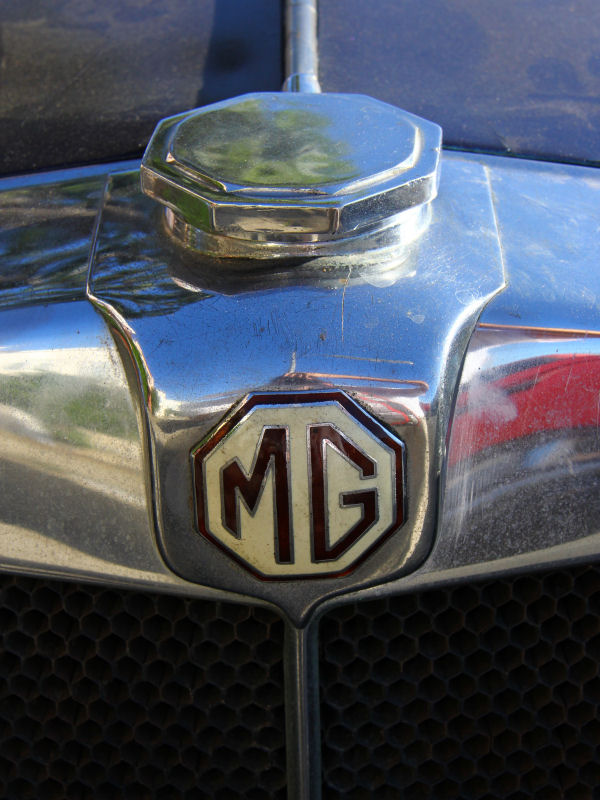 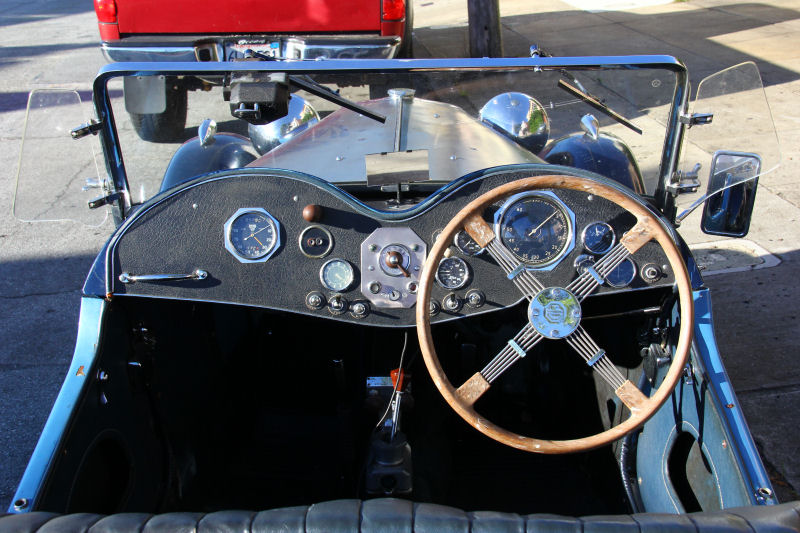 Perhaps my favorite part of this car is the interior with its massive wood-rimmed banjo steering wheel, polished wooden gearshift knob, aged black leather and assorted gauges that echo the MG logo's octagonal motif. The doors have handy map pockets inside stitched body-color panels. A tiny luggage compartment sits behind the seat. There is precious little excess on a car that can't afford any unnecessary weight. It has a beautifully honest quality to it that I can't help but love.

If you don't drive a car like this wearing a scarf, leather gloves and a tweed cap, then there's no hope for you. Handlebar mustache and goggles optional.