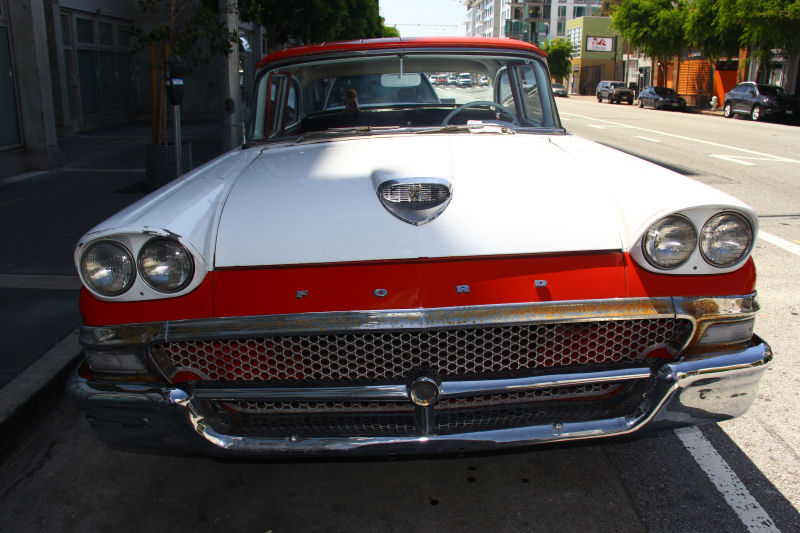 I'm a fan of the Arcane Auto Society car club of Northern California. My second-cousin is a member and I've managed to infiltrate a couple of their annual meets in San Francisco. It usually yields some unique street finds outside of the Cowden Automotive garage, which is too small to hold all of the multitude of oddball tin owned by club members. Is it cheating to shoot there? Maybe. But technically it's not really a car show in the traditional sense (officially it's a business meeting) and cars like this are parked in public street spaces. It's also my blog with my rules and really, what do my readers care if I bend my own arbitrary rules? This is a 1958 Ford Custom 300 Business Sedan. 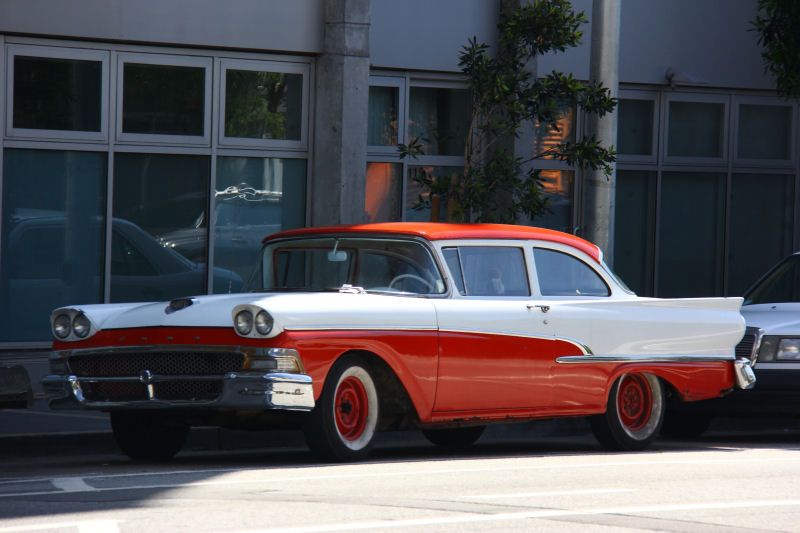 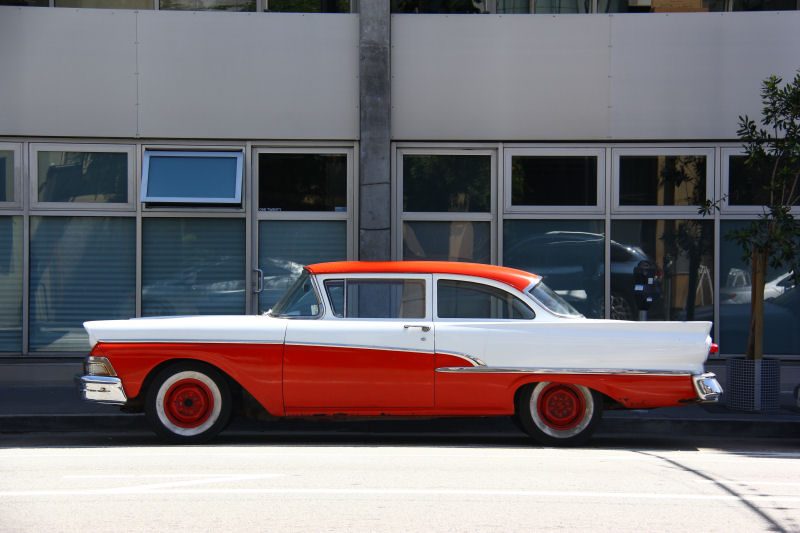 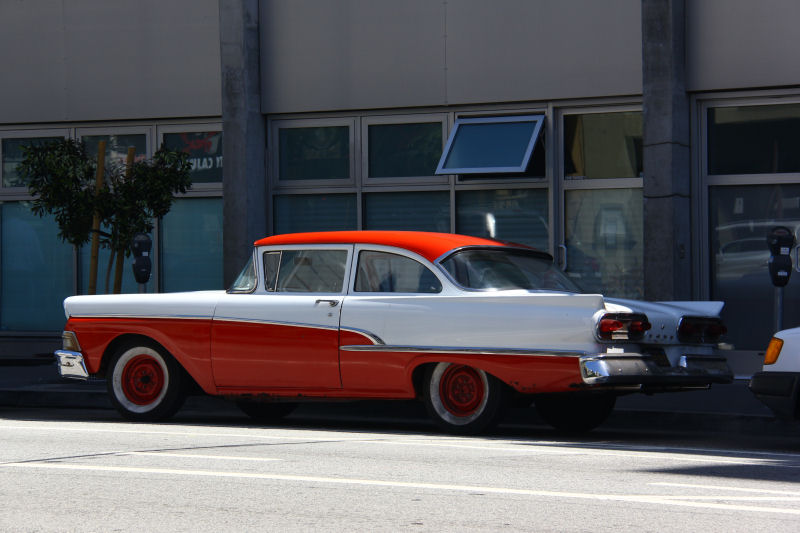 It's interesting how the "salesman's car" used to be such an important market niche that it had its own models and trim lines. Men who traveled door-to-door or across the country selling wares out of their cars needed lots of trunk and interior space for luggage, samples and inventory, but usually only one row of seats. A big, basic, cheap "business coupe" or "business sedan" was the perfect solution. In the case of the 1958 Ford Business Sedan, you got a bench seat up front that could hold up to three passengers, and the back half of the cabin was outfitted with a flat platform suspended above the transmission hump. Body ornamentation was the simplest of any Ford car that year. 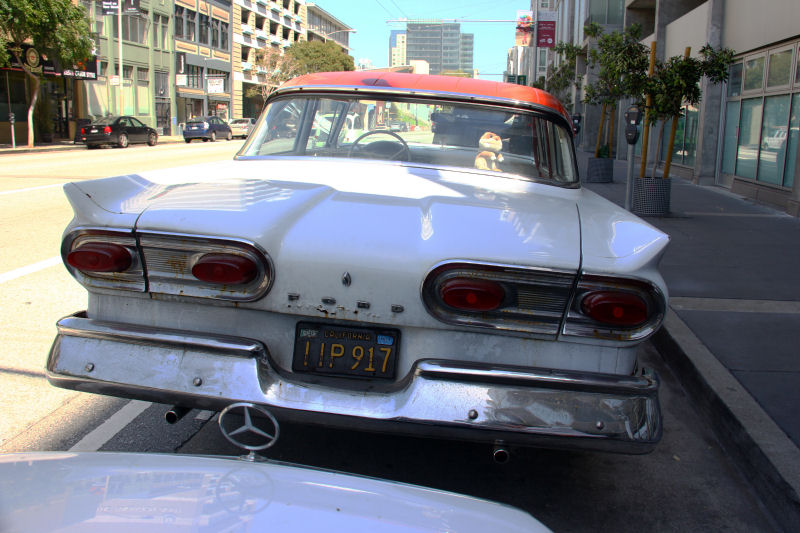 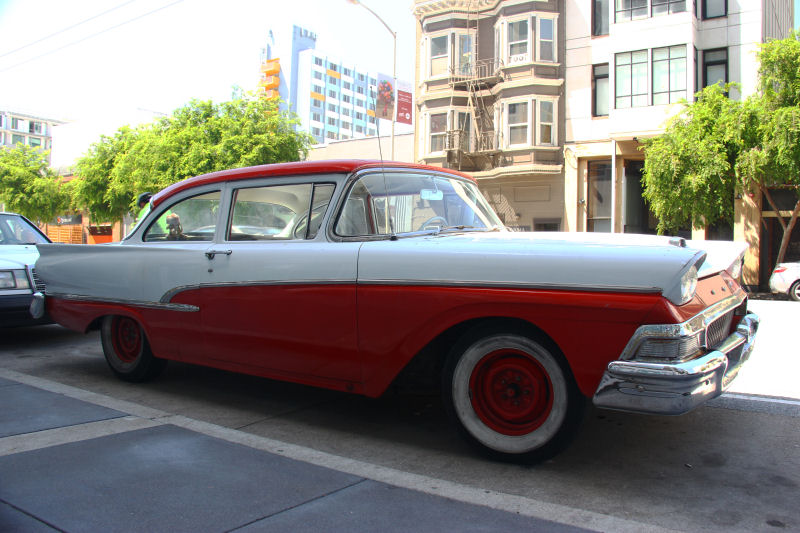 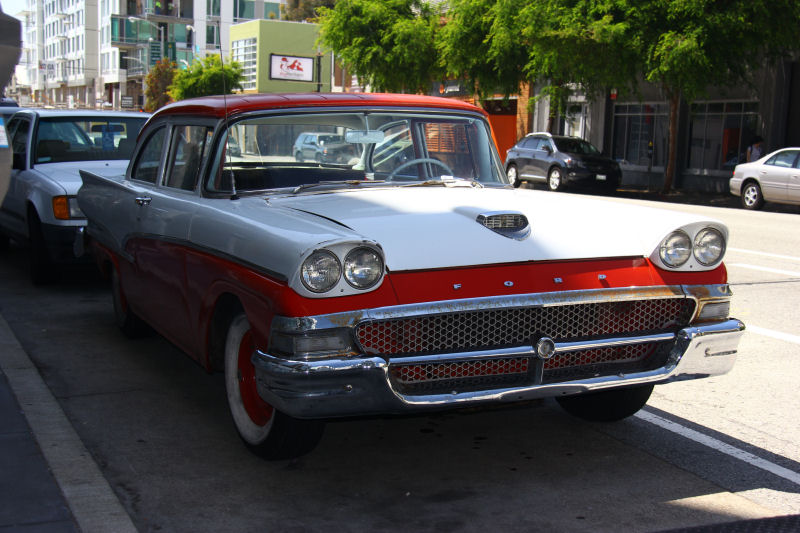 The two-tone paint seen on this car seems unusually fancy for a base model, as do the fat whitewall tires, but those at least were featured in the brochure art. This one is literally bargain-basement, with a 223 cubic inch six engine and manual transmission. Ford produced just 4,062 of these Business Sedans in 1958, making this the rarest Ford model made that year. 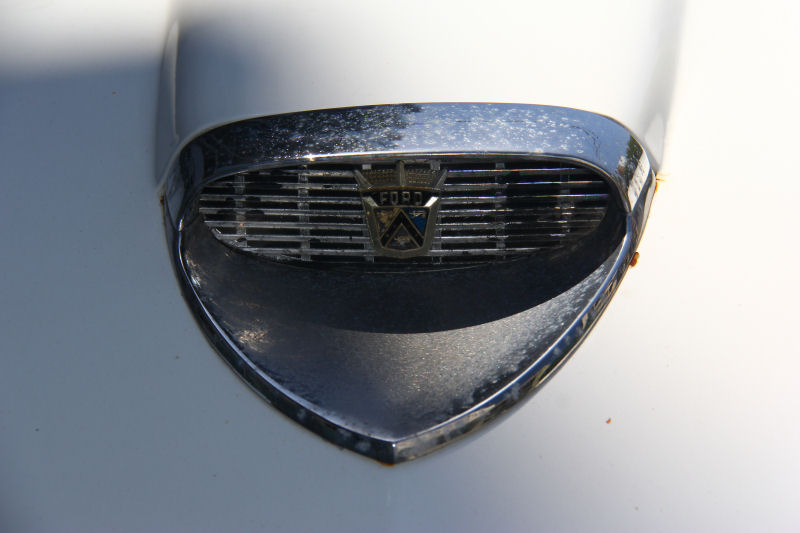 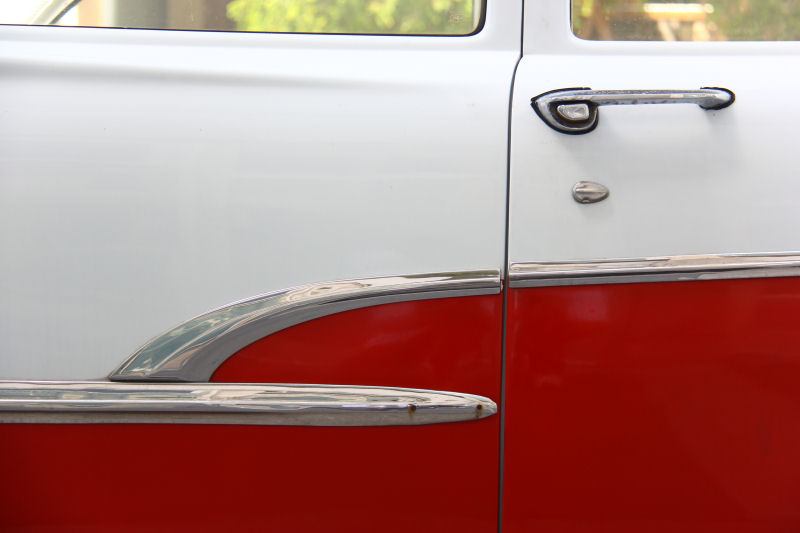 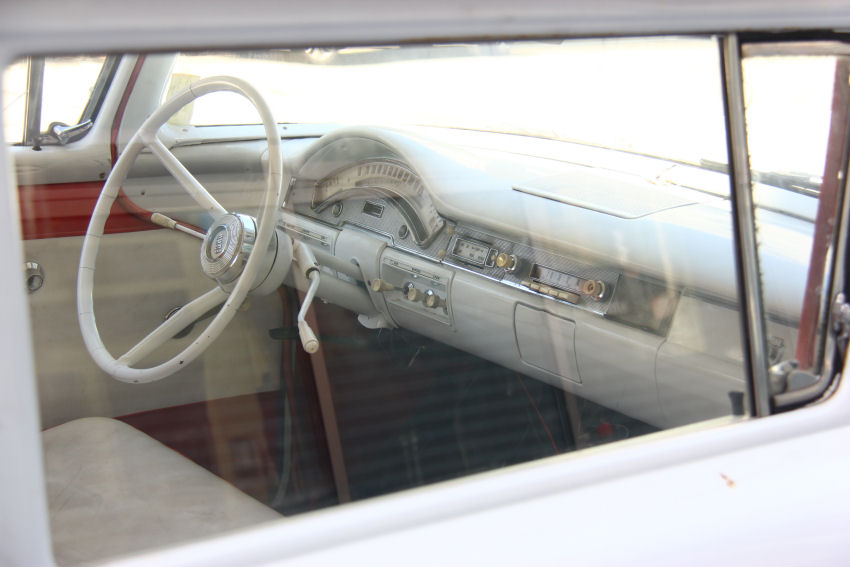 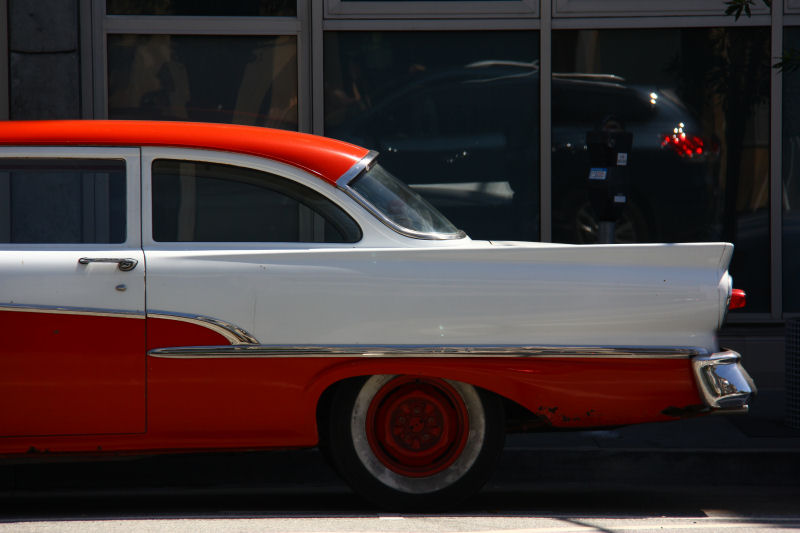 The rust on this Ford makes me wince, but the rest of it looks intact and just in need of cleaning or replating. It'd be a nice basic classic for people who like to row their own gears and don't need all the luxury bits of a Fairlane.