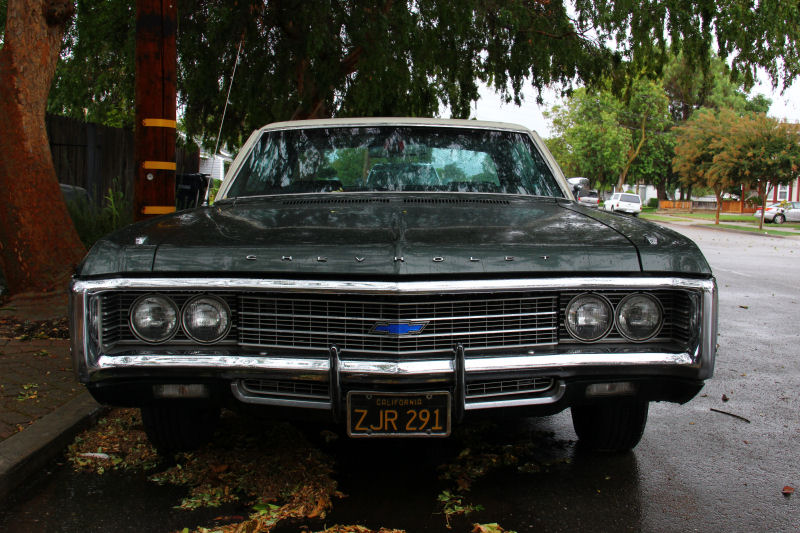 March 17 is St. Patrick's Day, a holiday that many Americans use as an excuse to get drunk and pretend they're Irish. That means wearing the color green under threat of being pinched. So here's a green car for your viewing enjoyment, and try not to imbibe too much alcohol. 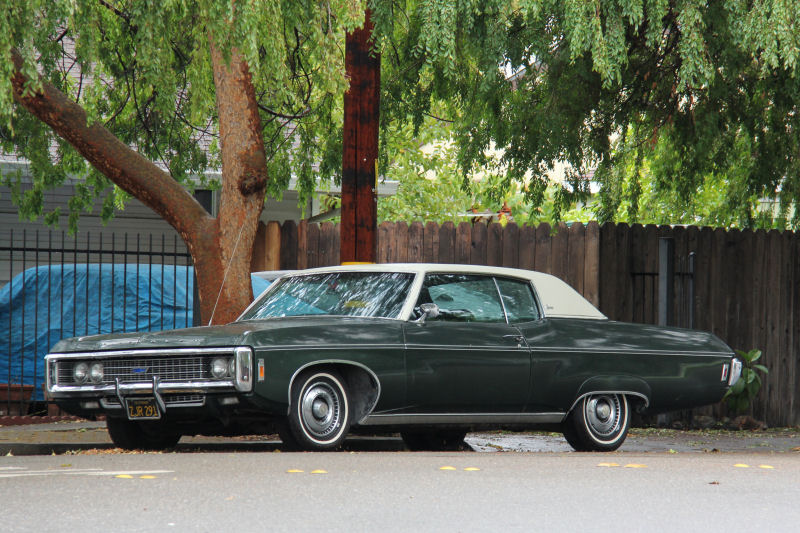 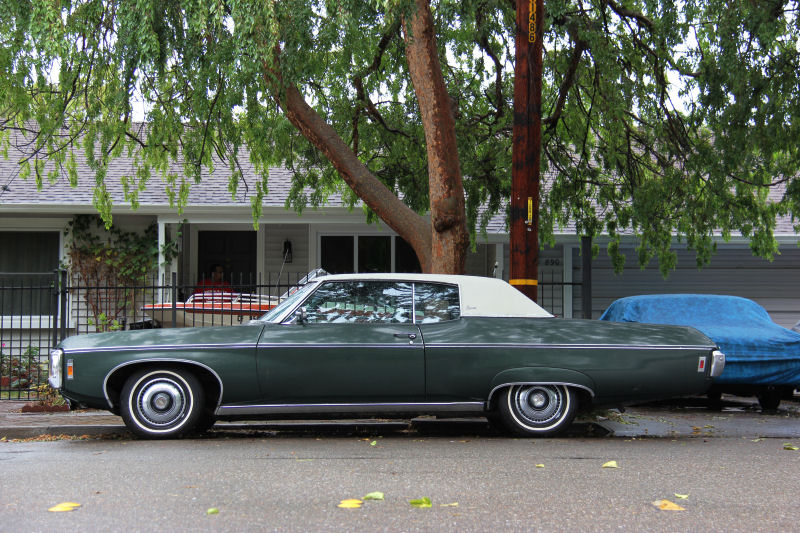 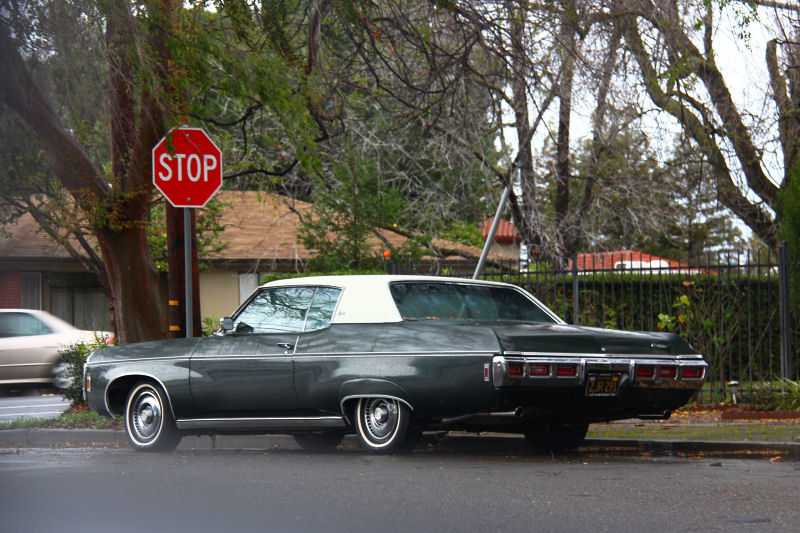 I first found out about this 1969 Chevy Caprice coupe in fall of 2013 while substituting a coworker's delivery route. I was taken by how classy it looked in metallic Fathom Green with a Parchment vinyl top, thin whitewall tires and factory hubcaps. Most of these cars that I see are customized with wild paint and big wheels, or modified in other ways through heavy use, neglect and accidents. A clean original is getting to be pretty uncommon. 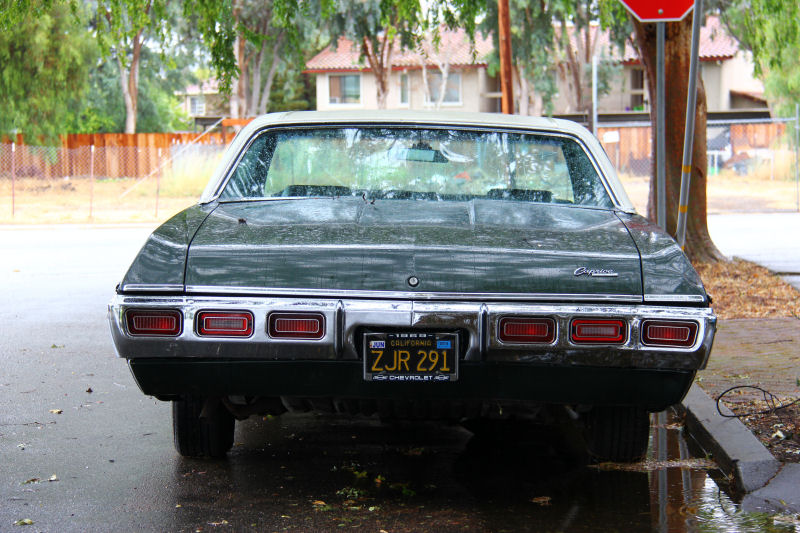 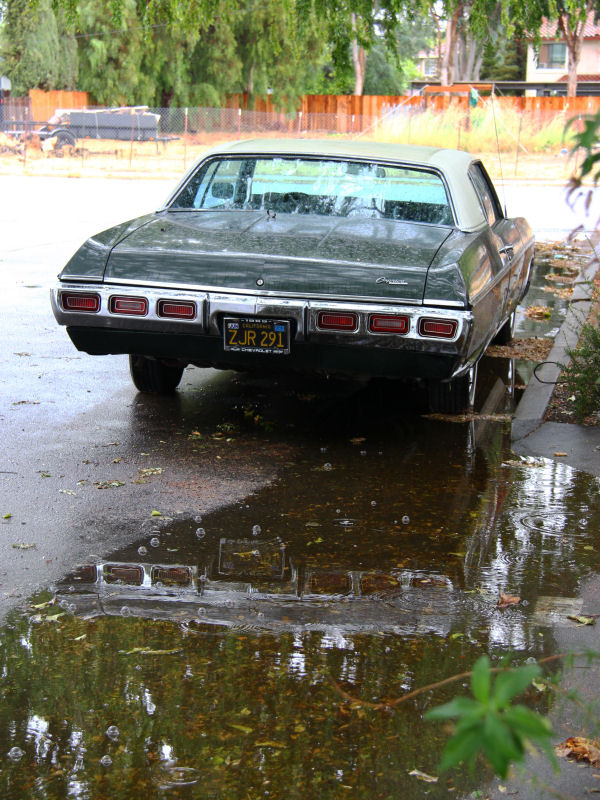 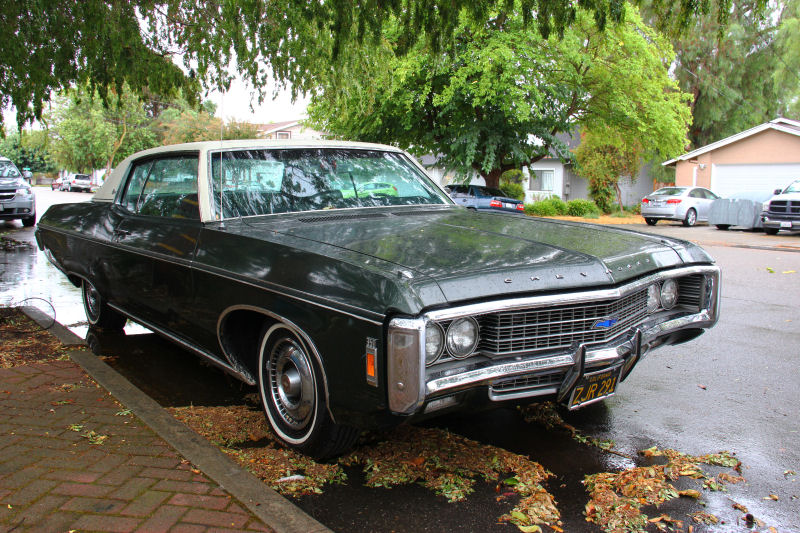 This Caprice is about average in terms of equipment, sporting formal rear fender skirts and the optional 350 V8 (a 327 came standard). I'm guessing that it's the lower-output version of the 350 because of the single tailpipe. Incidentally, I did not get a rear 3/4 angle shot of this car on my first attempt on that rainy day. It was not until much later that I went back and took the missing photo, by which point the car had been given a new dual exhaust system with tasteful chrome tips. That was more than a year ago and I only noticed this fact while writing this post! 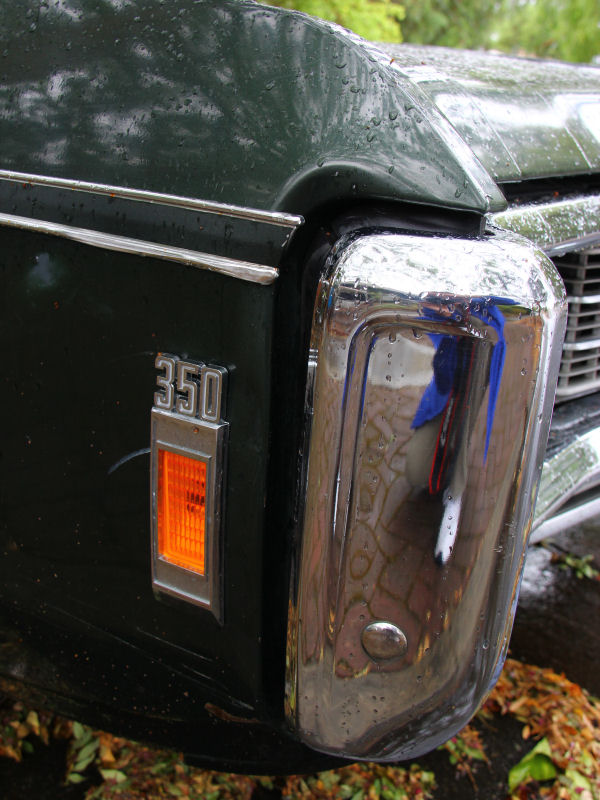 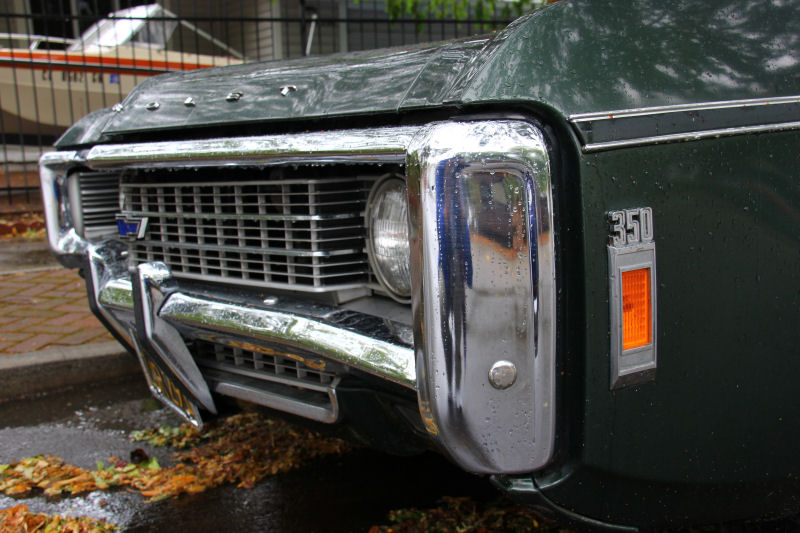 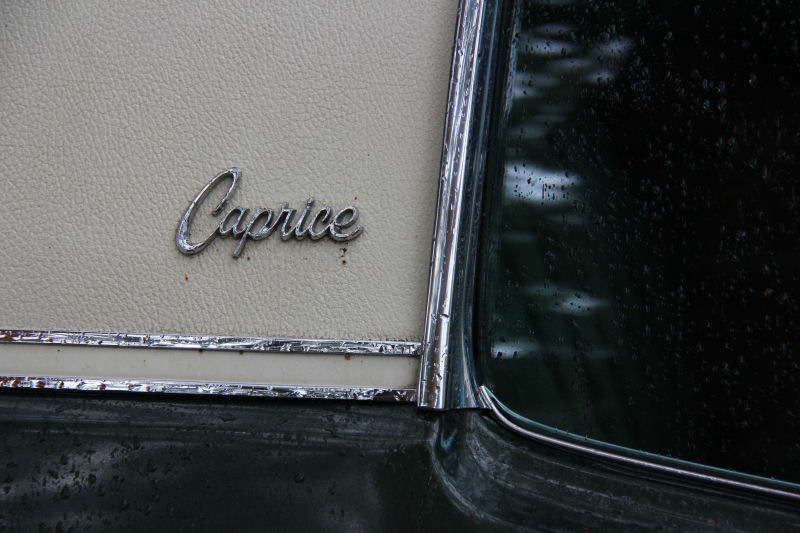 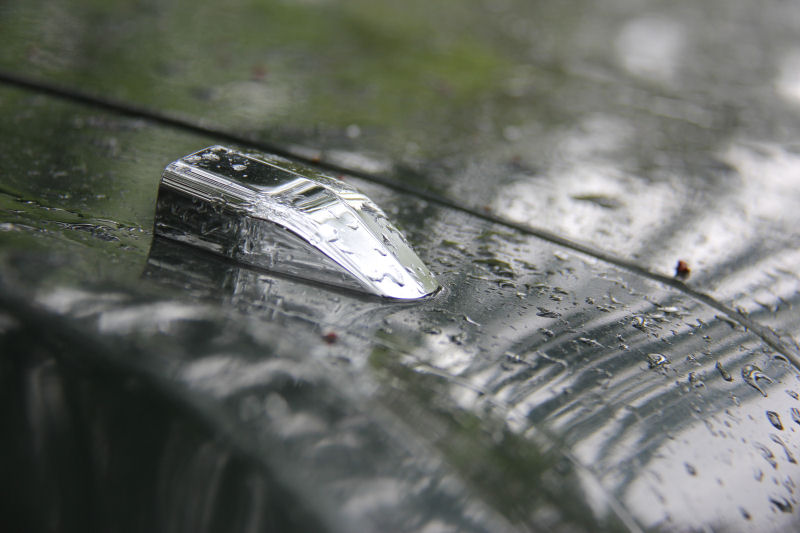 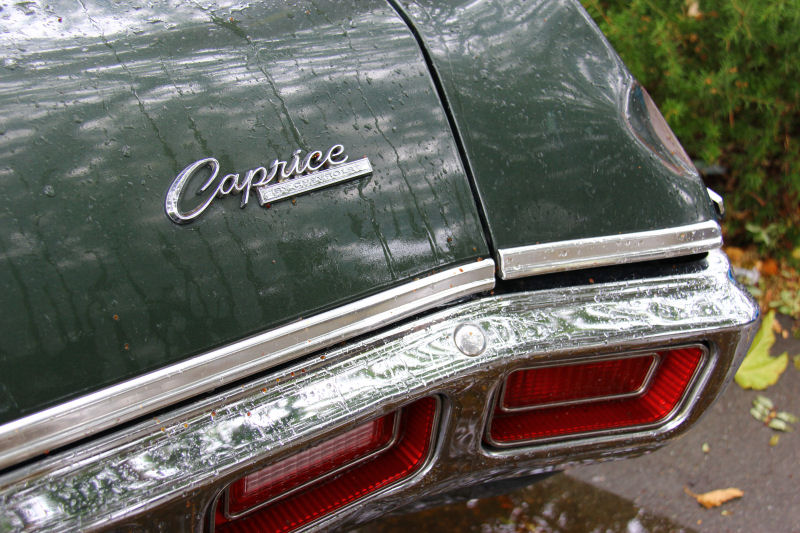 The '69 Caprice is a big boat, but it's a dignified boat and one that has grown on me quite a bit over the years.

Photographed October 2013
Posted by Jay Wollenweber at 12:00 AM