Veterans Day is a holiday in the United States that honors those who have served in our armed forces, both past and present. For that reason I'm featuring a military vehicle. And not just any military vehicle, but one of the workhorses of the modern military, the AM General HMMWV, or Humvee. 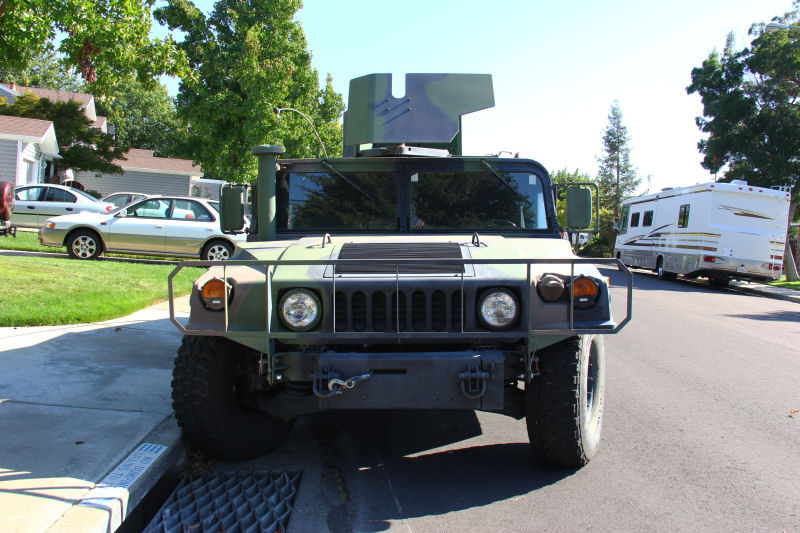 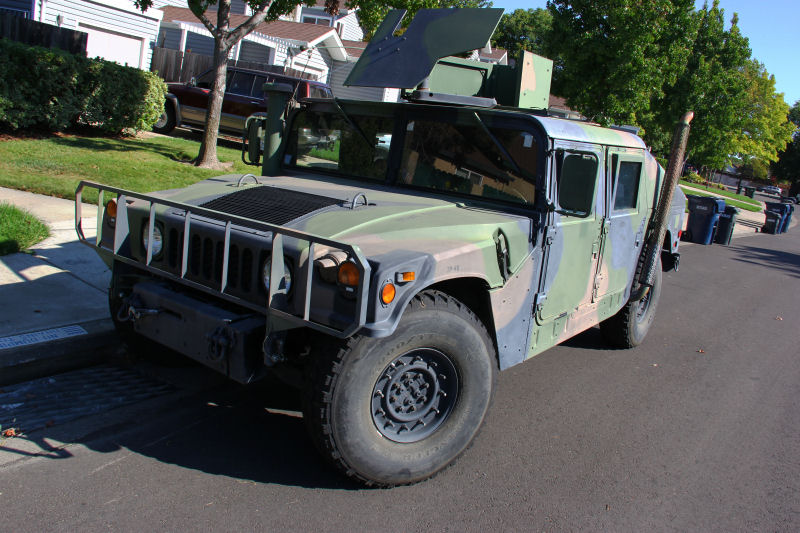 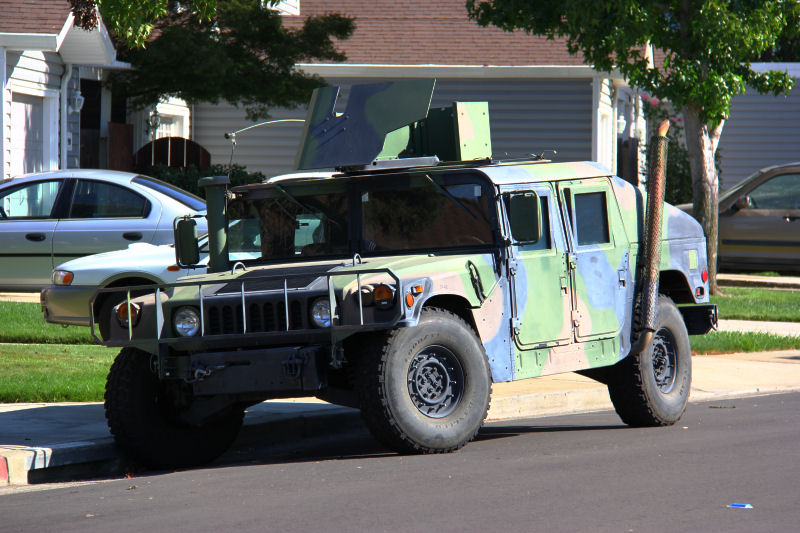 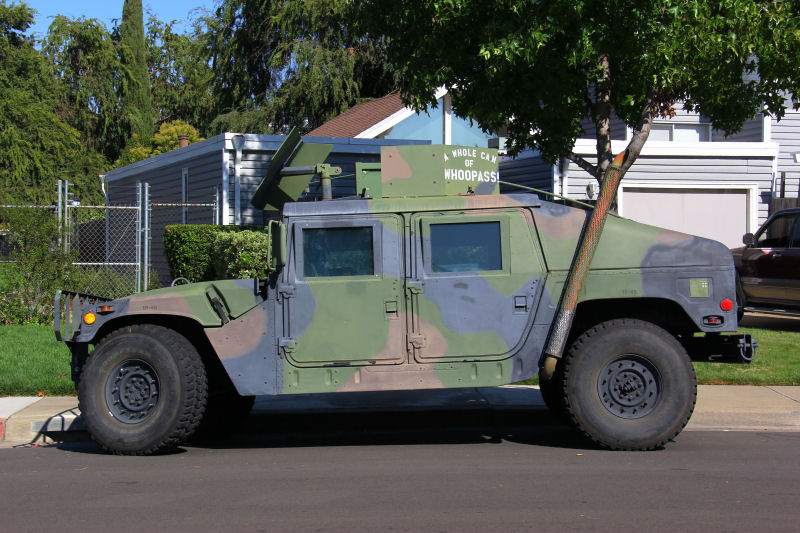 The Humvee was developed to replace outmoded trucks like the Ford M151 "MUTT" jeep, and was something of a mutt itself. The government contract to supply the new vehicle couldn't have been a stranger situation, as American Motors, Chrysler Defense, Teledyne Continental and even Lamborghini competed to build their prototypes. The Lamborghini Cheetah concept failed to meet requirements, but evolved into the limited-production civilian LM002 SUV. The AMC proposal, built by a new division called AM General, earned the contract and went into production in a variety of forms. This was fitting, as AMC then owned the Jeep brand, which dated back to the Willys GP in World War II. Since the 1980s, the Humvee has become a ubiquitous symbol of American military might, imperialism, war in general; whatever you want to associate it with. 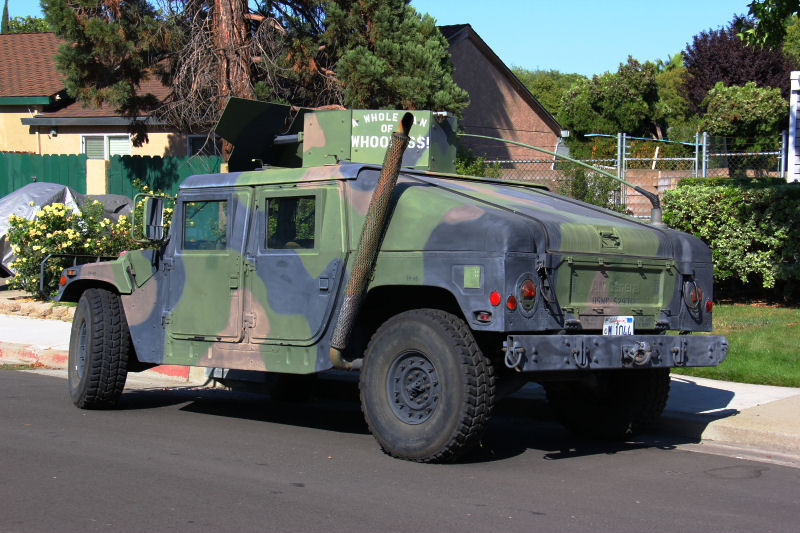 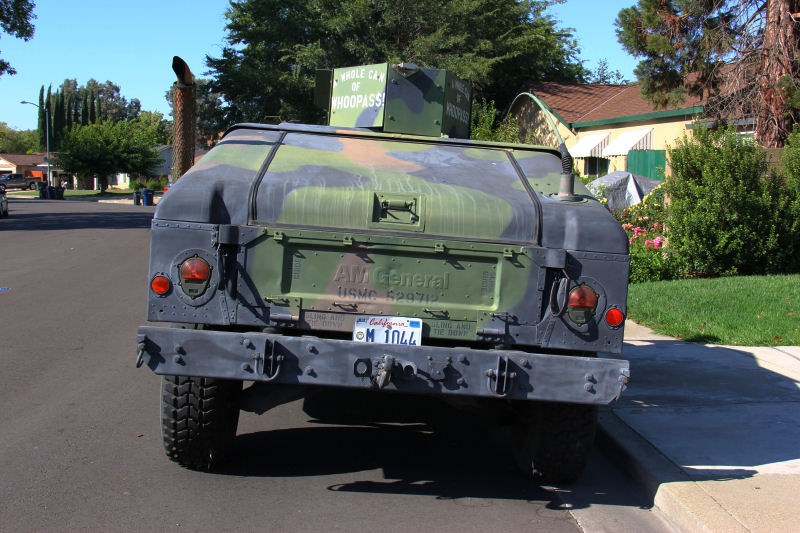 This one is interesting. The data plate on the left quarter panel labels it a M-1043, but the license plate calls it an M-1044. The two vehicles are extremely similar; an armored slantback "armament carrier" Humvee equipped with a roof-mounted swivel gun platform protected by armor plating. The only real difference is the M-1044 has a winch. The Humvee is notorious for weakness against explosives, particularly IEDs (improvised explosive devices), which has led to most modern Humvees being up-armored. 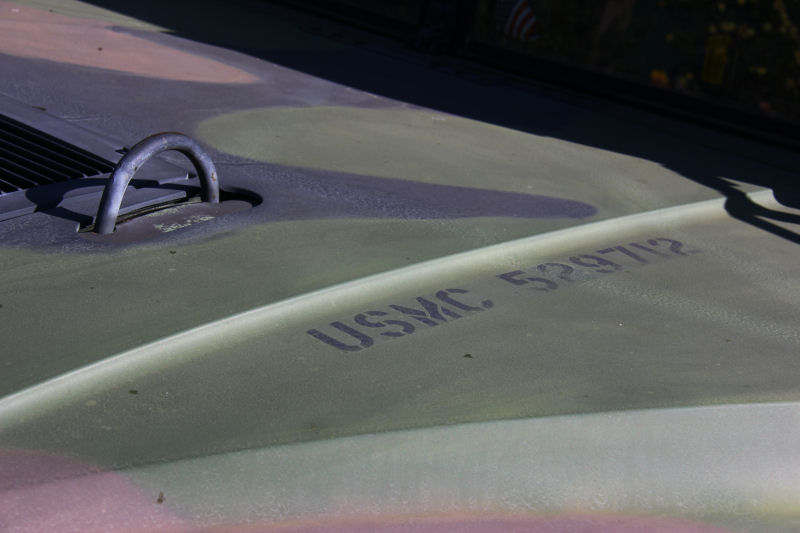 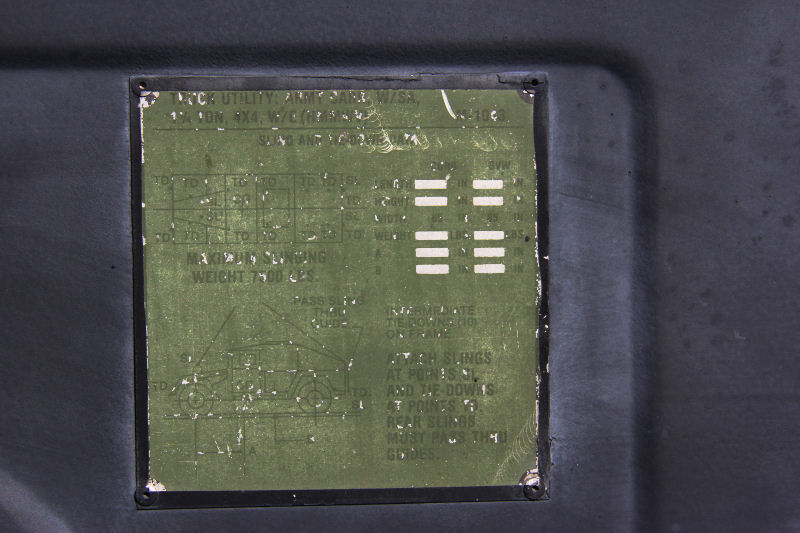 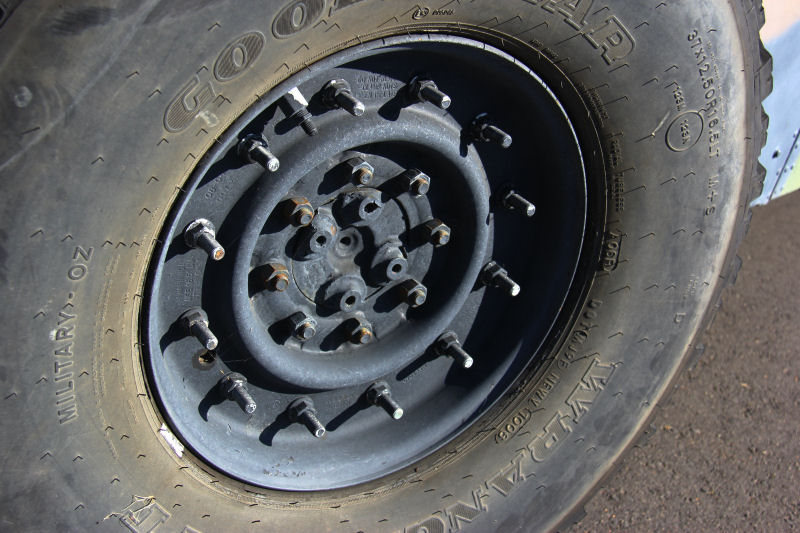 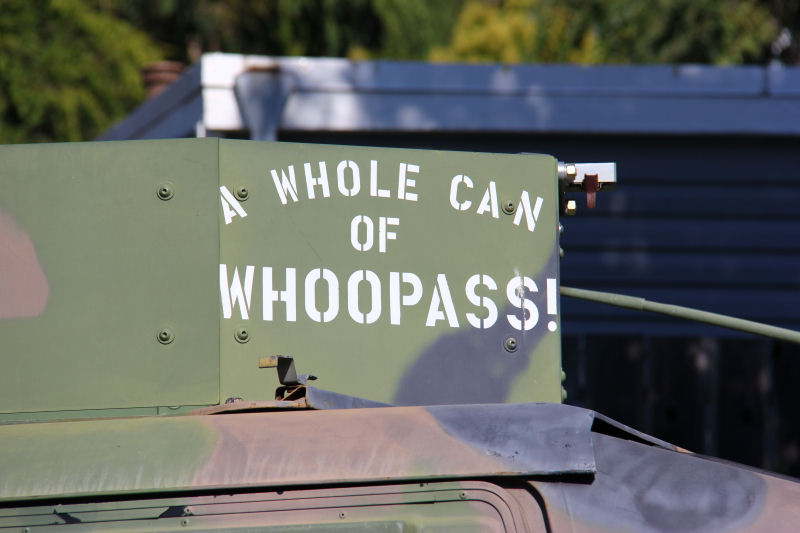 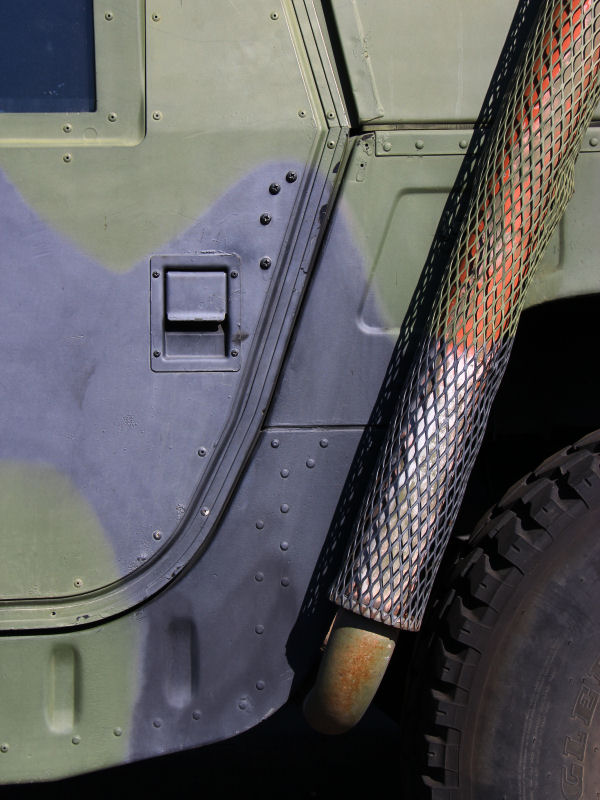 Curiously, the M1044 was manufactured by O'Gara-Hess & Eisenhardt Armoring Company. Hess & Eisenhardt is better known as a coachbuilder famous for limousines, hearses and as a contractor building convertibles for GM. The only O'Gara I previously knew of that dealt with vehicles was O'Gara Coach Company, a high-end luxury dealership in Beverly Hills. H&E had been around since 1876 as a coachbuilder and O'Gara specialized in armored commercial vehicles. The two companies stayed together through the decades, weathering a number of ownership changes until 2001 when H&E was retired. The current parent company of O'Gara, Carat Security Group, is now based in Belgium and specializes in mobile security under the brand name Centigon. The Humvee's civilian variant, the Hummer, was produced by General Motors after 1999; AM General was sold off in 1983 and is now privately owned. Humvees are still being built.

This one looks like it saw service with the U.S. Marine Corps. I suspect it was decommissioned and possibly purchased from the surplus motor pool at Camp Parks Reserve Training Area in nearby Dublin. I'm pretty sure I've seen the truck used in the Danville 4th of July parade at least once. The "A Whole Can of Whoopass!" stencil is pretty distinctive and not likely to be found on any other Humvee. A past M-1044 owner on military vehicle forum G503.com calls the M-1044 "very rare" and says "less than 30" are in private hands nationwide. The model year I have listed is a guess, as I can only find photo examples of 1986 through 1987 M-1044s. Actively commissioned Humvees still drive through my area in convoys from time to time, but a privately owned one is quite the rare sight.
Posted by Jay Wollenweber at 10:27 PM