I still see a fair number of old Volvos. In fact, Volvos made before 1990 are extremely common, mainly the 240 series cars - to the point that I don't pay attention to them. To a lesser extent, the 140 series and 164 are also still out there. The older Amazon and PV544 can still be found, as can the sporty P1800.
I've previously featured a P1800, and even did a Best of the Rest post as proof that these stylish coupes have survived in decent numbers. This car in fact made that post, and upon seeing it in better light I decided to photograph it again. 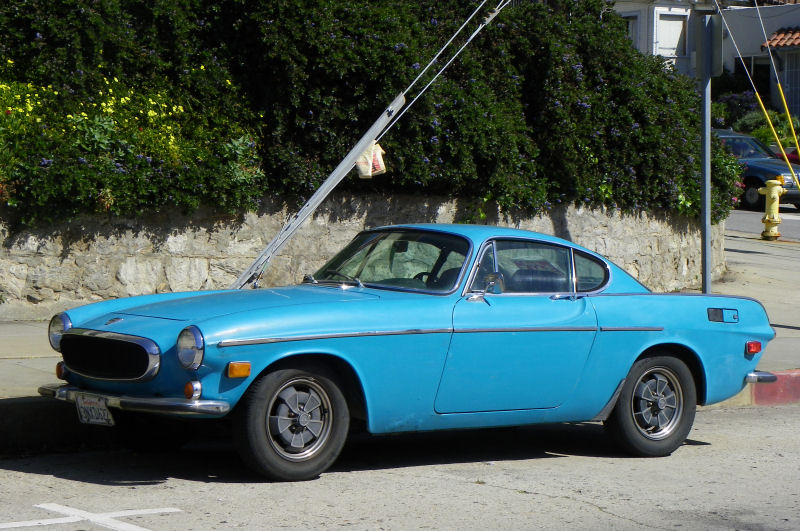 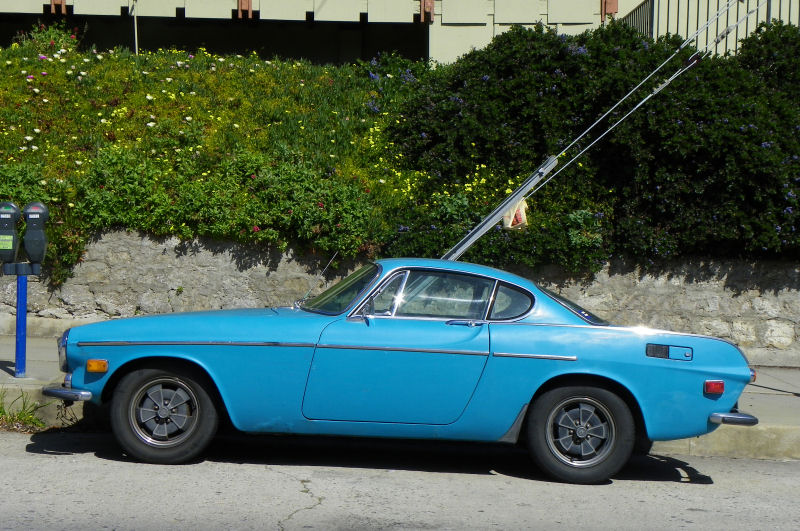 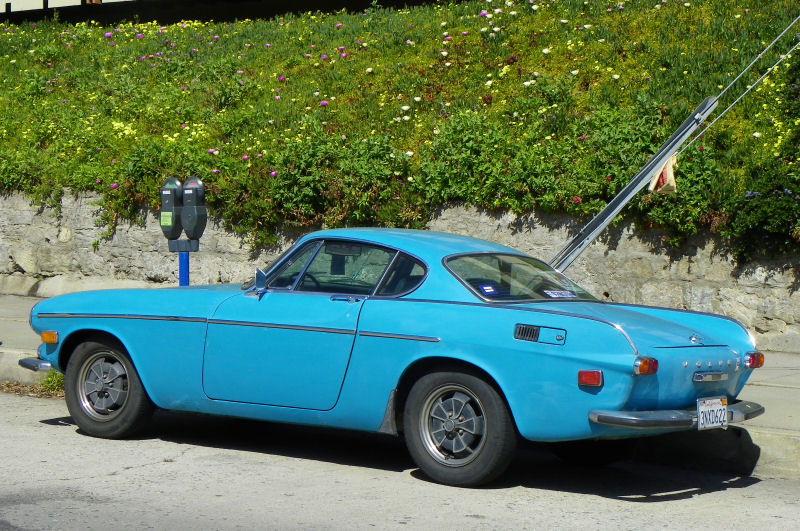 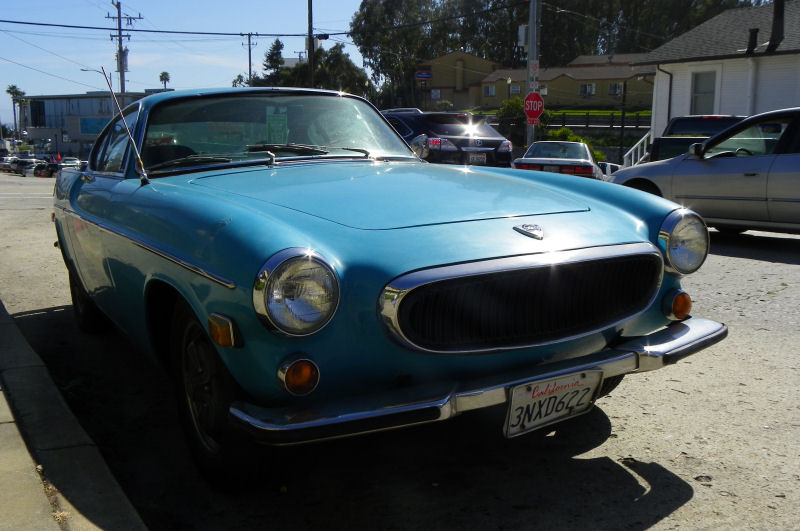 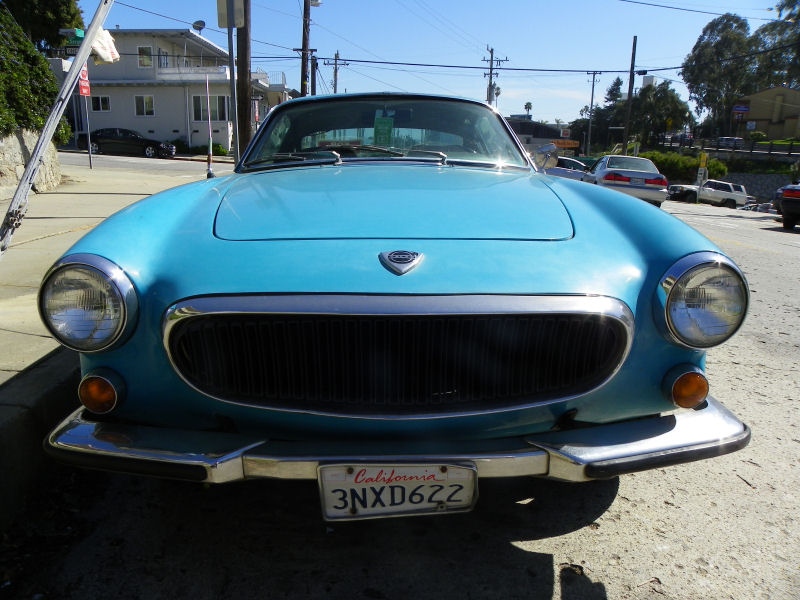 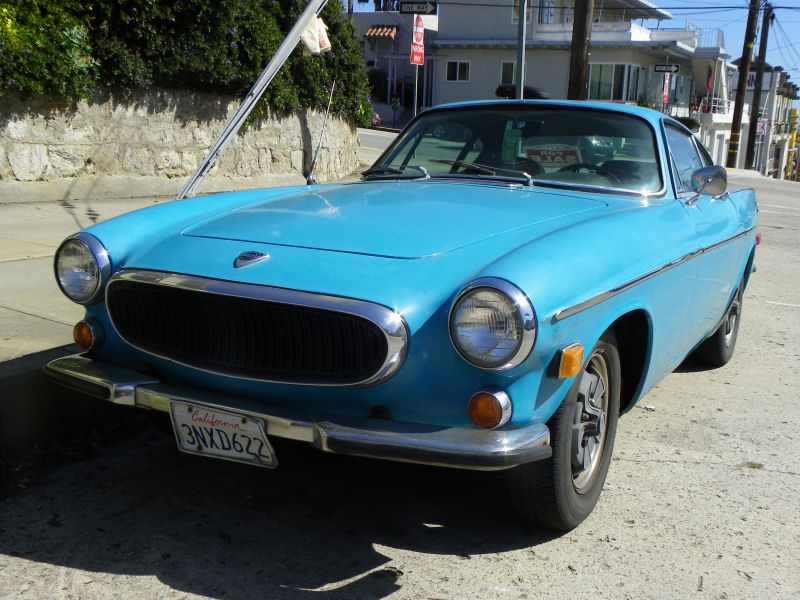 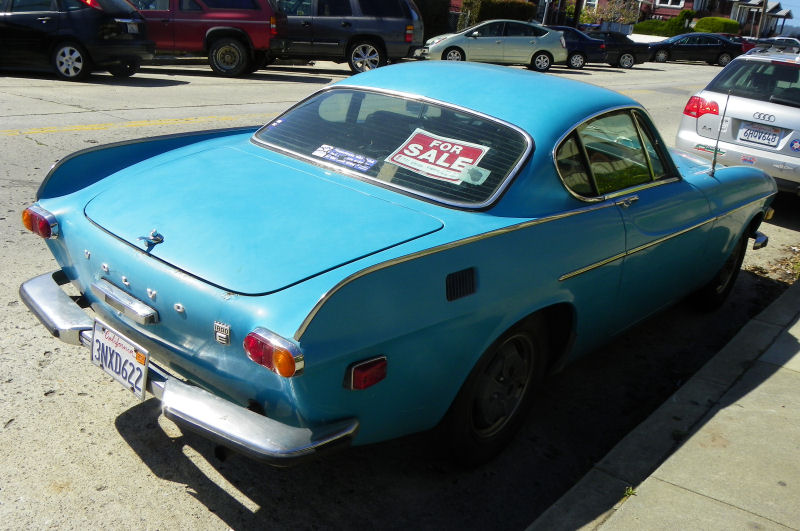 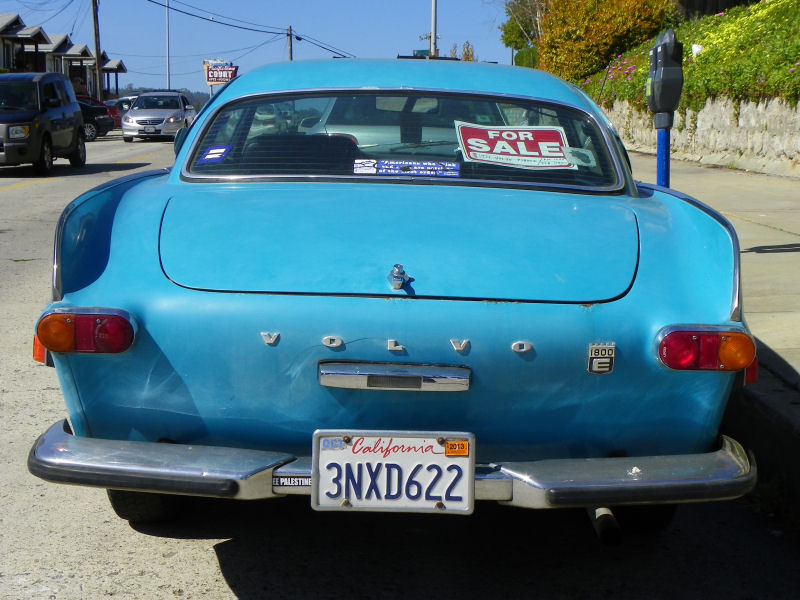 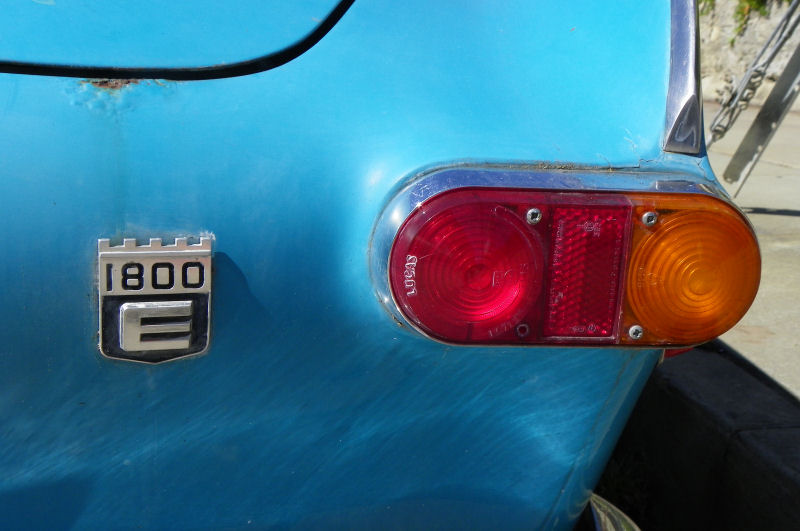 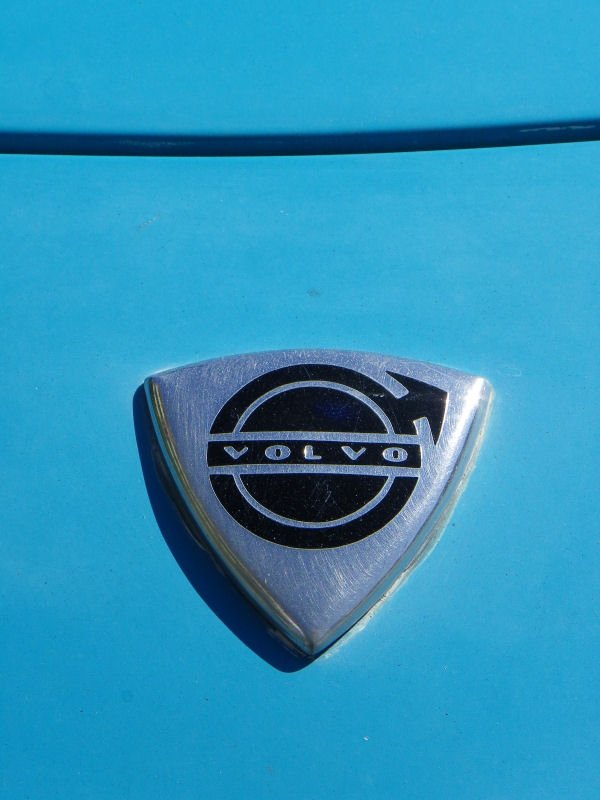 This 1800E is a daily driver, and like many cars that live by the ocean it shows signs of oxidation. The body is relatively straight, but that cheerful robin's egg blue paint hides several pockets of rust that have bubbled the finish like cancerous tumors. It's really a shame, because without the rust this would be one of the nicest 1800s I've seen in recent memory. The other great shame about this car has nothing to do with the condition. It's the factory side markers that stick out absurdly far from the body. They look like an afterthought tacked on by someone who bought the wrong kind of lenses at Pep Boys that were intended for a different car. The owner was trying to sell his Volvo at the time I photographed it, but I saw it again on the move earlier this summer while in town for the Woodies on the Wharf show, so it may have been kept. It would definitely benefit from a good strip and repaint in the same color, if only to properly address that rust before it eats the poor thing alive.
Posted by Jay Wollenweber at 12:00 AM