This week we're looking at early 1970s full-size Oldsmobiles in less than concours condition. As I said in my previous feature of a 1970 Ninety Eight sedan, the more luxurious-sounding the name was on these cars, the worse they tend to look now. This one is a 1972 Eighty-Eight Royale Holiday coupe. 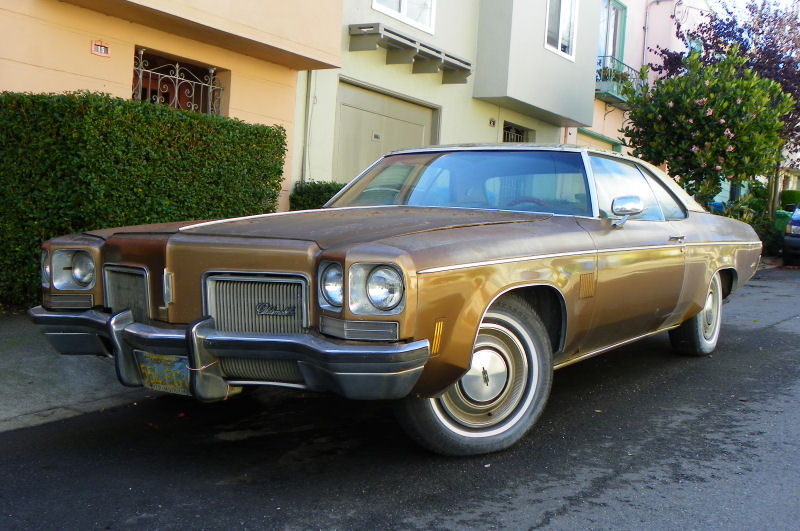 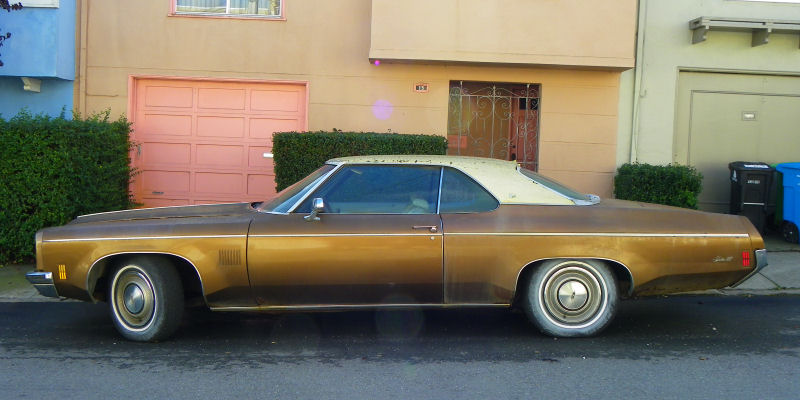 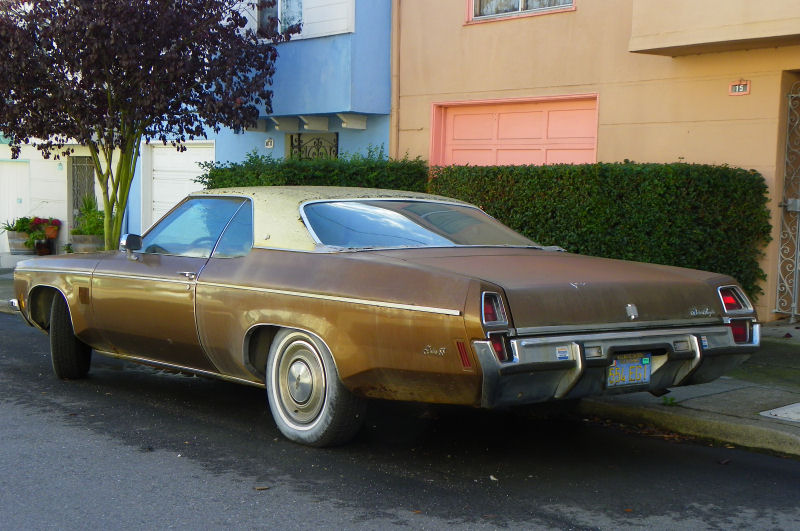 This was kind of an odd year for the Eighty-Eight, with its pointed fender caps and separate bezels for the four headlamps. The grille is actually two tall grille openings bisected by the car's bumper, giving the illusion of four openings which appear to curve inward under the car. Aside from that interesting front end treatment, the '72 wears the same basic body as the previous model year. 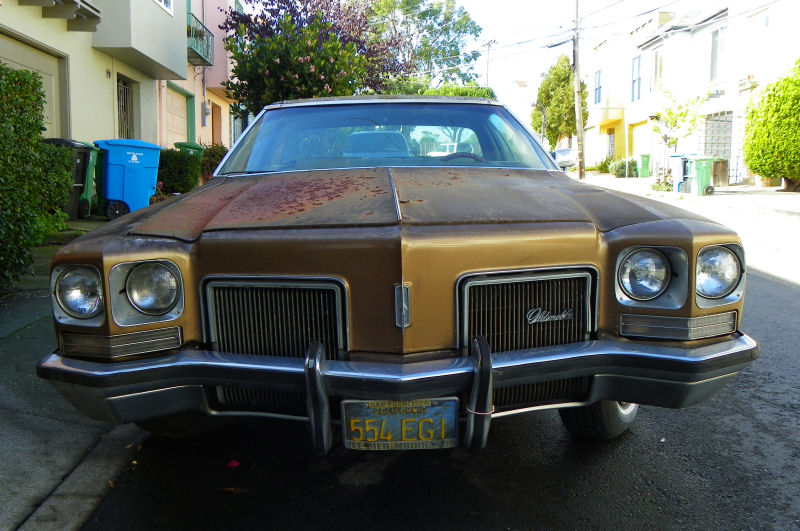 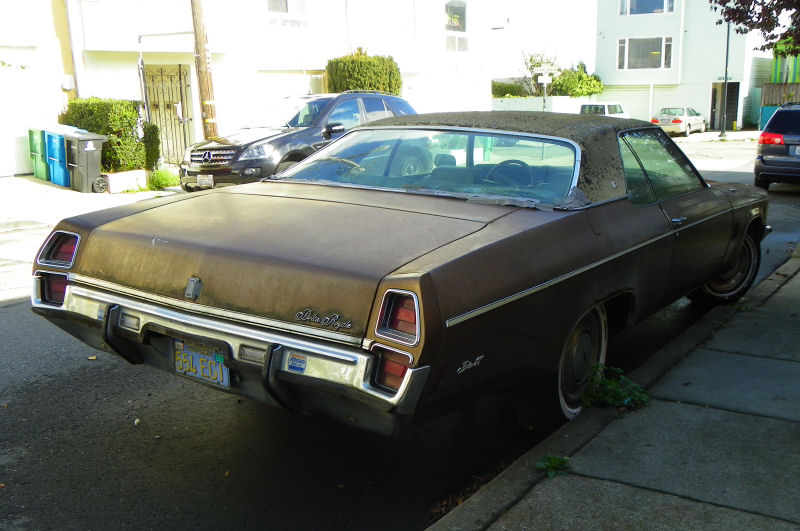 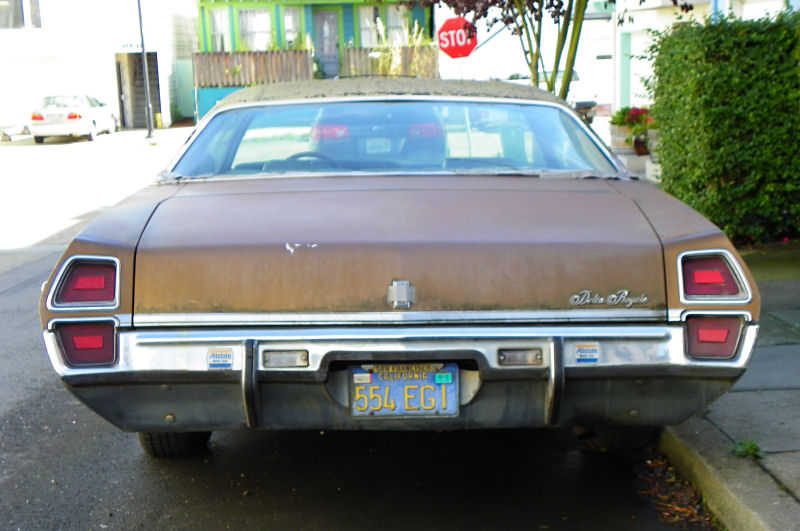 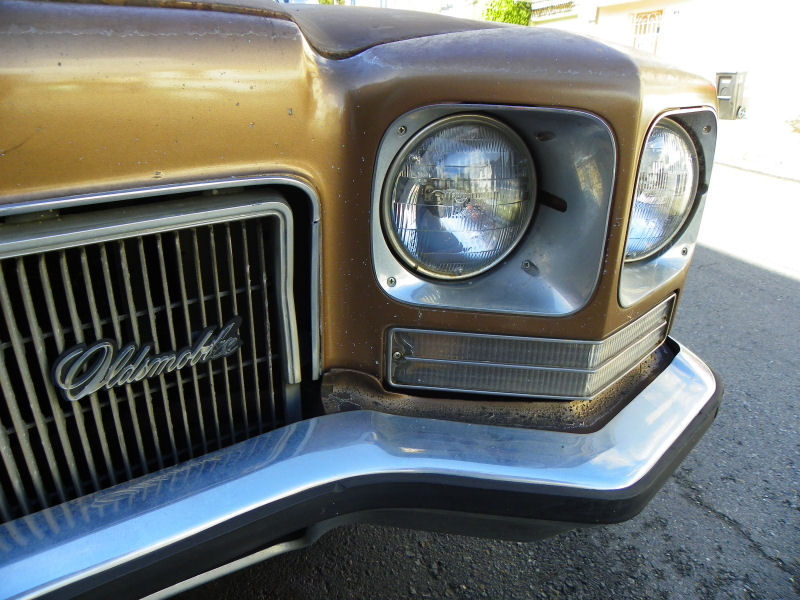 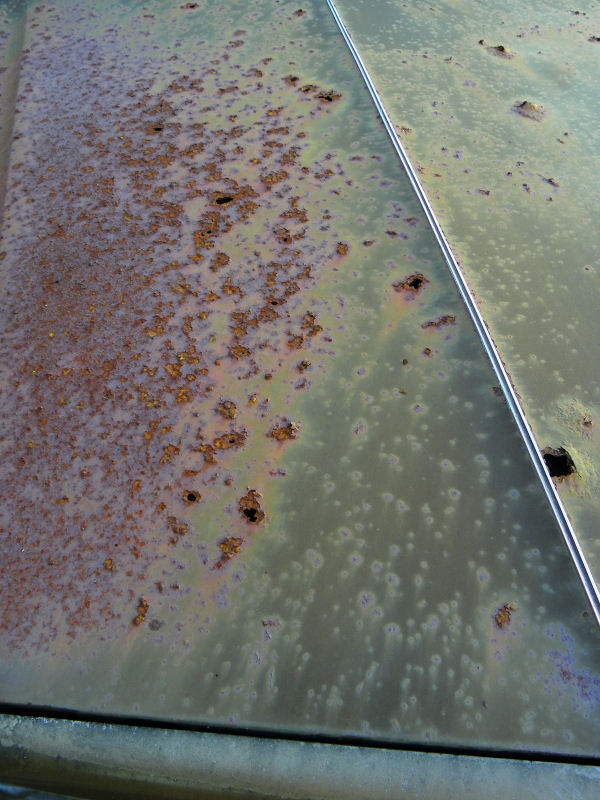 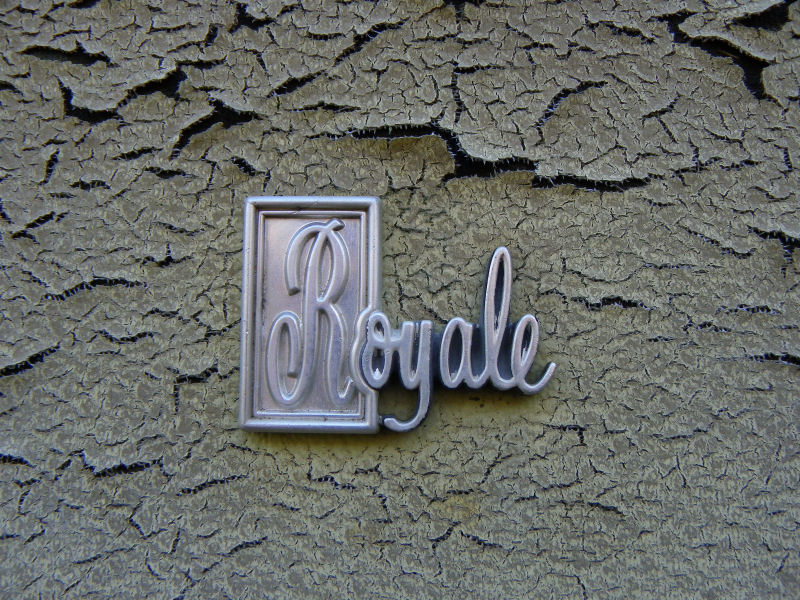 I first found this car while scouting the city on Google Street View. It was only two blocks away from the 1969 Chevy Corvair Monza I featured last week (a pleasant surprise that didn't appear on Street View). In the low-resolution image on Google it looked like new. The paint appeared shiny, all the hubcaps were there and it even had whitewall tires and a vinyl top! In reality, though, the car was a much different story. While most of the body appears to be solid, it suffers from rust in the top of the passenger side wheel arches, in the rockers and undoubtedly underneath the crackled padded top. The hood, shockingly, is Swiss cheese. I felt sad for it to be honest. It would look pretty good cleaned up and wearing its stock metallic brown with cream vinyl roof. I just hope that it isn't too far gone to start the rehabilitation process.

Author's note: This is California Streets' 300th street sighting feature!
Posted by Jay Wollenweber at 12:00 AM