Rounding out this week's trio of beat-up 1970s Oldsmobiles is a 1973 Eighty-Eight Royale Holiday four-door hardtop. If you're familiar with the work of director Sam Raimi, you may know that he owns a yellow 1973 Oldsmobile Eighty-Eight sedan. The car featured rather prominently in the Spider-Man film as Uncle Ben's personal vehicle. This is not that car!
I have to ask: why aren't big family cars offered in cheerful colors like this anymore? If anything, it would give more people reason to refer to their car as the Banana Boat. There aren't many ordinary cars that wear the color yellow very well, but I actually like it on this one. Most family cars these days are beige or some greyscale tone between white and black. It's boring. Then again, the last custom-painted yellow late-model Honda Accord I saw looked stupid. 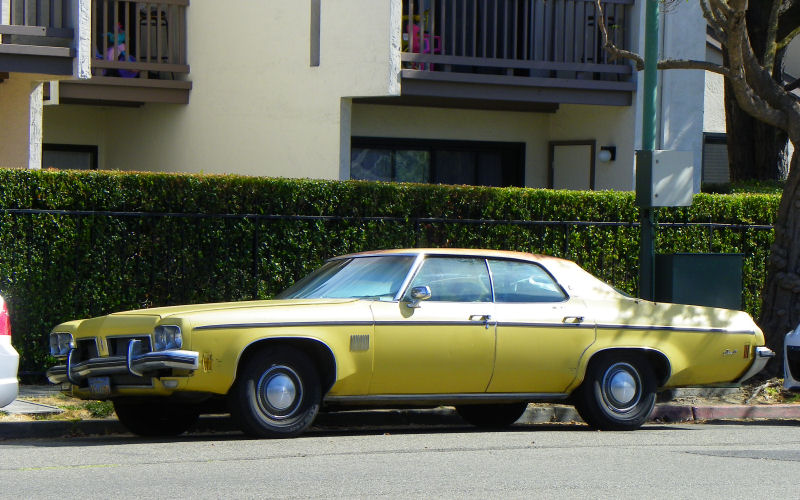 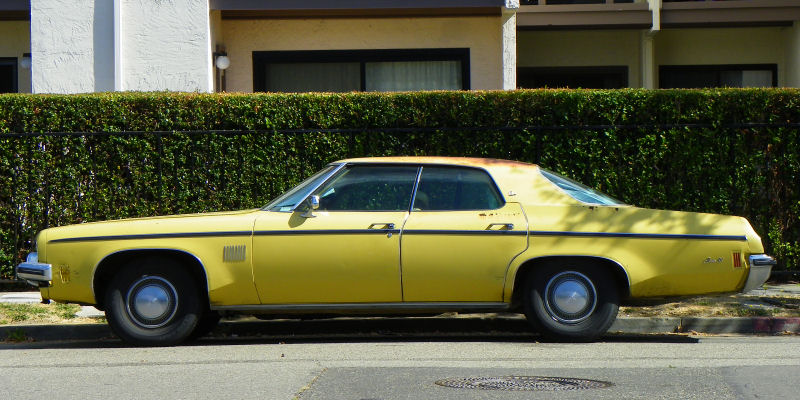 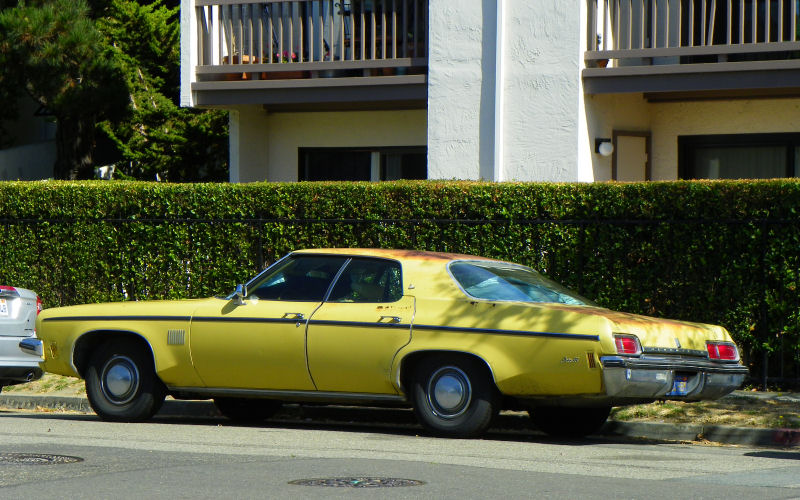 This 88 is arguably in the best condition of the three featured this week. Damage is confined mostly to heavily sunbaked paint on the roof and trunk, though there is some body damage present on the right front and a nice crease in the right rear passenger door. The new-for-'73 large bumper has taken one on the chin, perhaps at a higher speed than the then-federal mandate for no damage in minor collisions up to 5 mph. The heavy black rub strips seem to have fended off further incursions from shopping carts or smaller vehicles. All ornamentation is present, including the stainless hash details on the fenders and all four hubcaps. 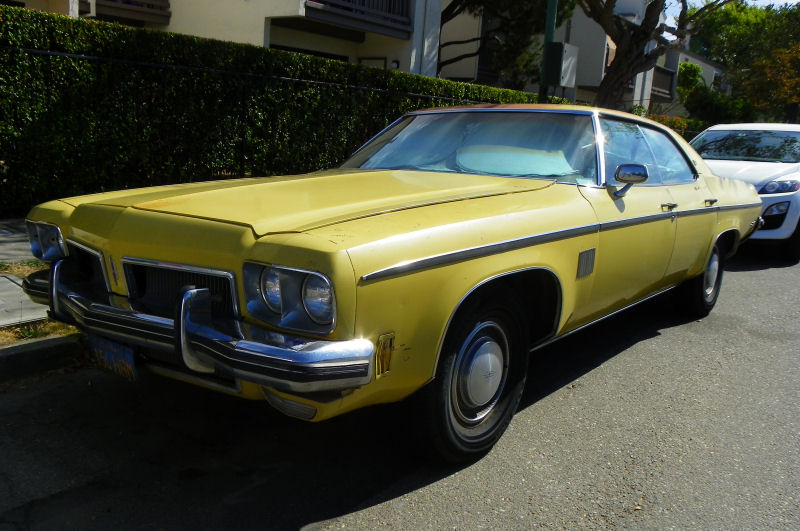 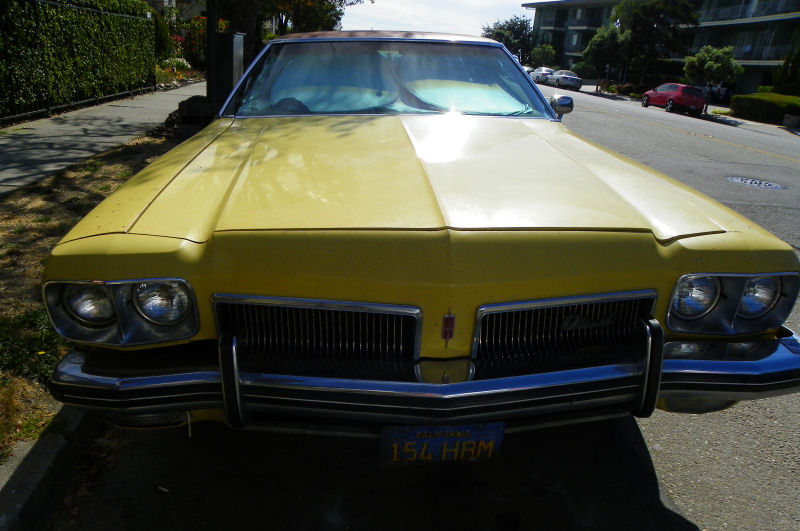 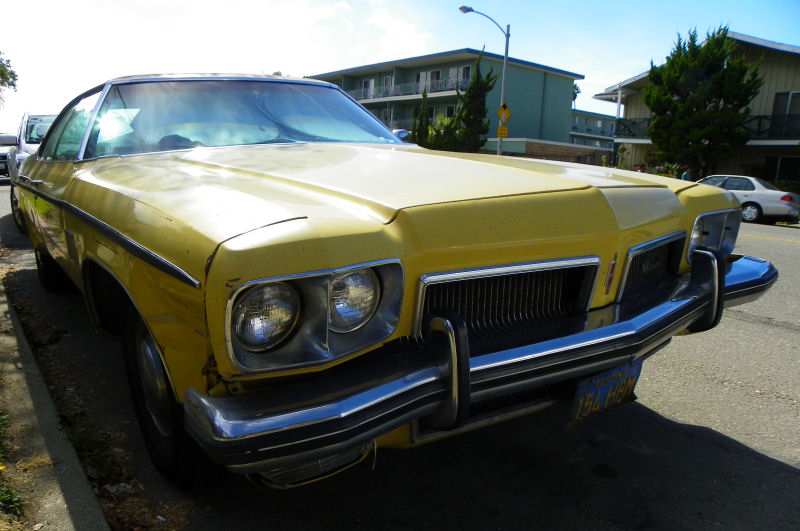 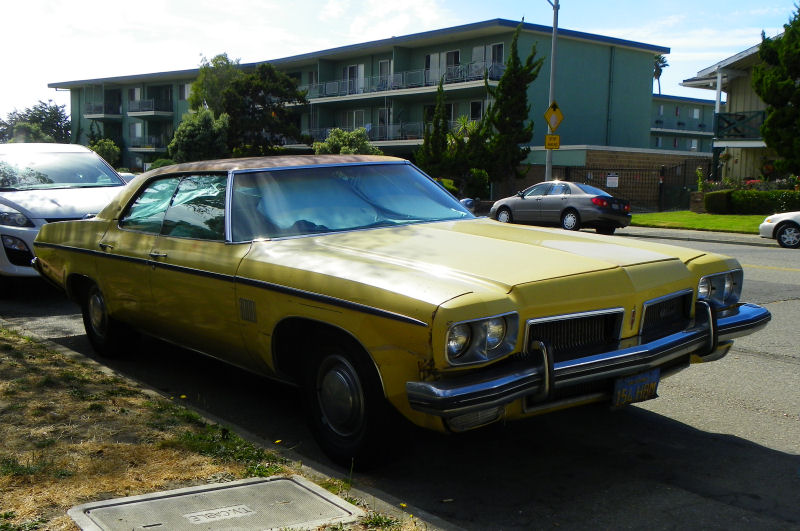 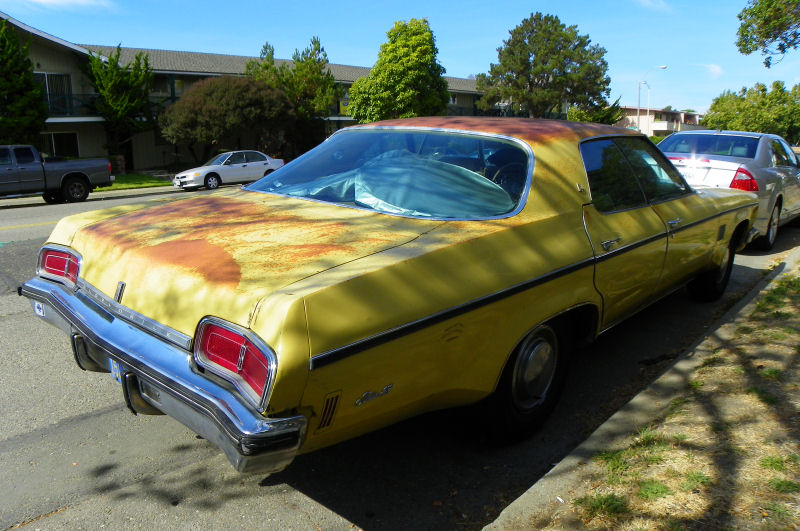 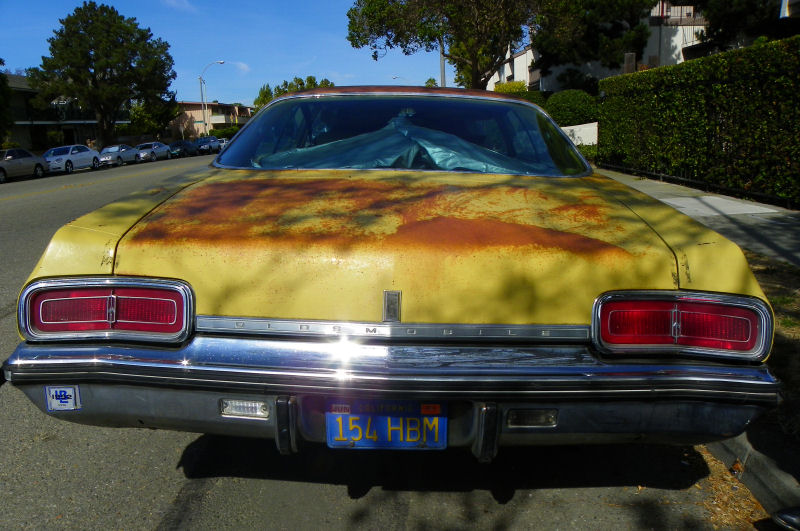 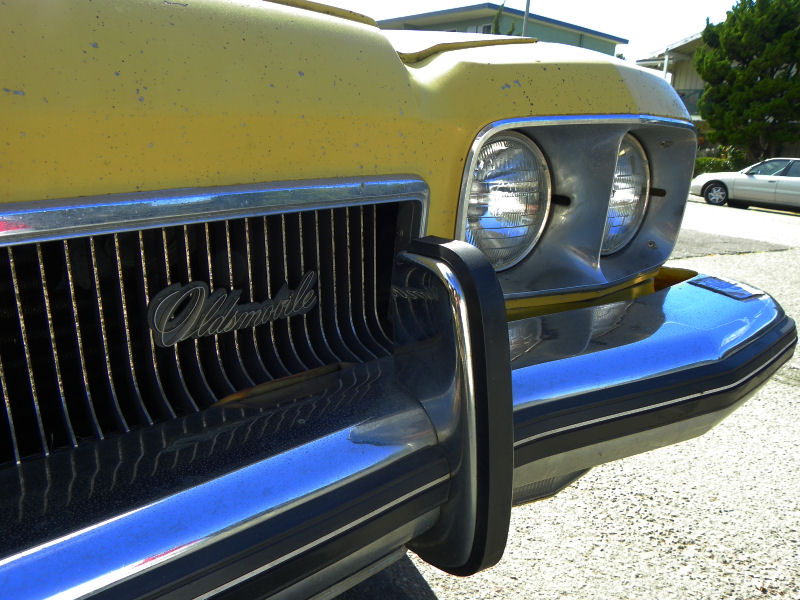 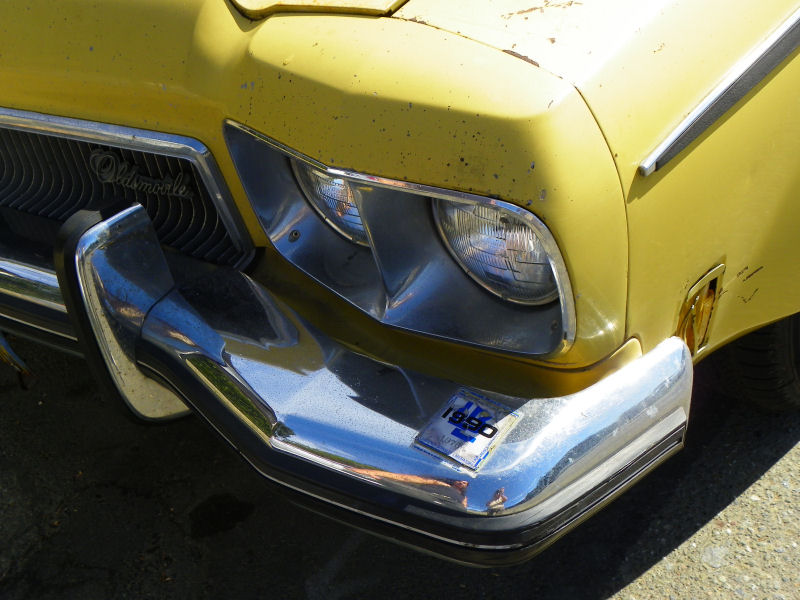 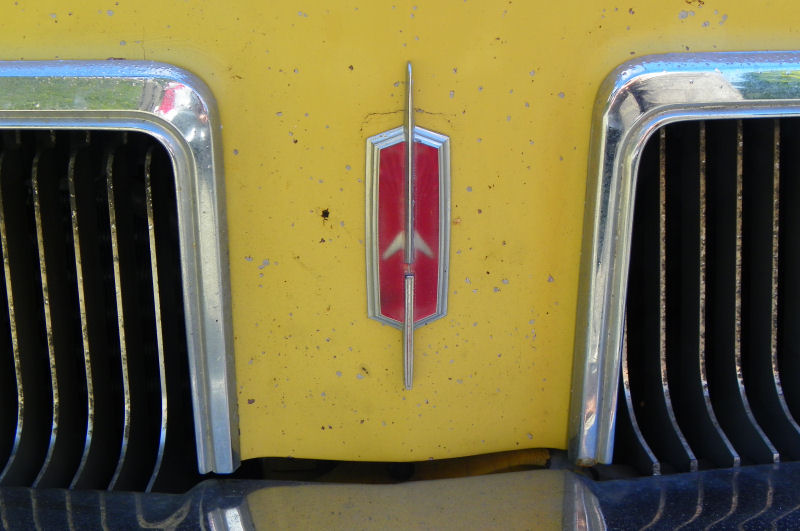 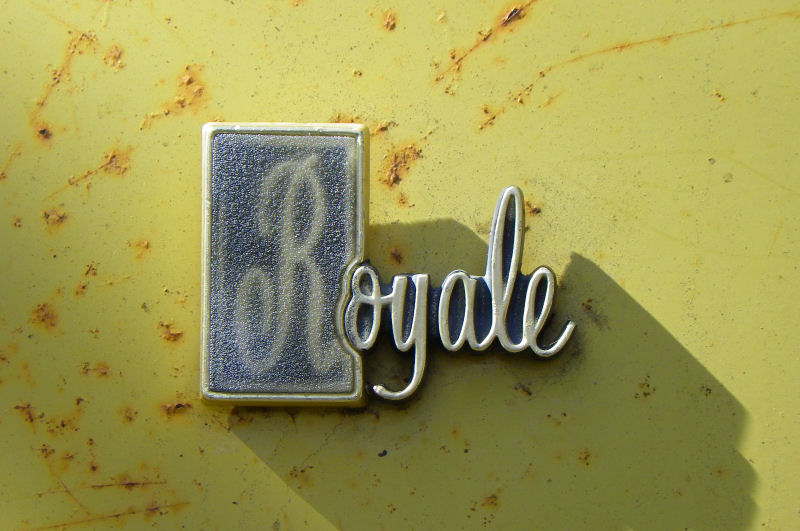 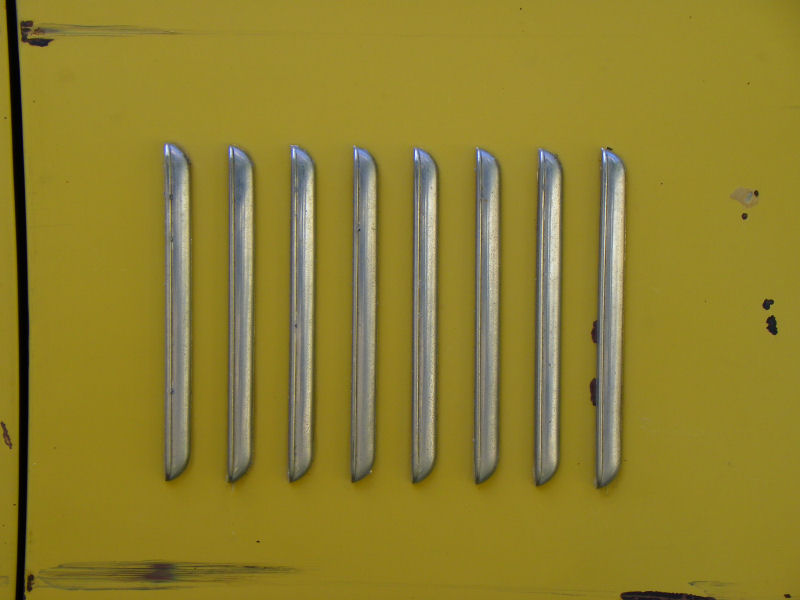 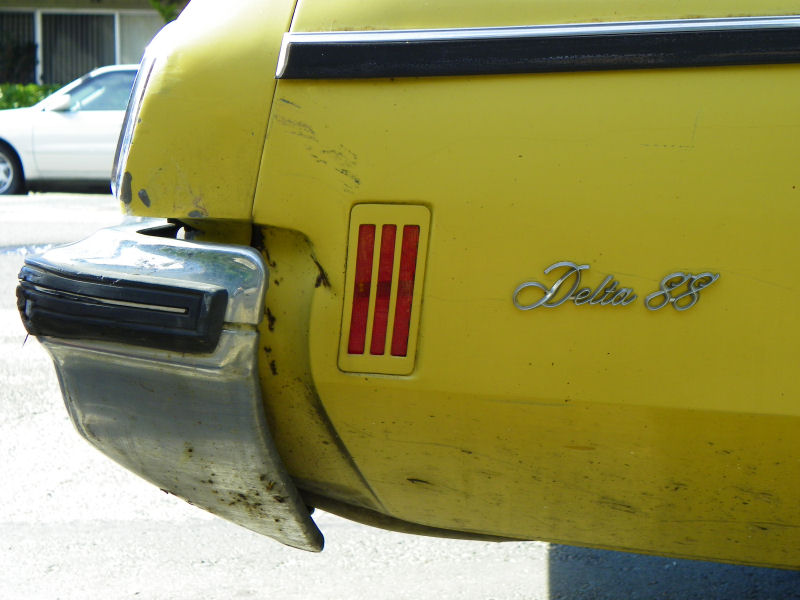 This is still a solid car, albeit not the straightest example. If that means anything it just won't find itself painted candy purple, thumping bass from the trunk and rolling on giant chrome wheels with a ridiculous product theme or mural painted on it anytime soon. I hope. Differences in taste aside, I really don't like seeing custom cars built from super-clean original examples (for one thing, it makes the builder appear lazy). It's all too common to hear about a low-mileage and rust-free car getting hacked up because someone was afraid to do a little metal work. Even something like this, a little rough around the edges, is better off providing daily transportation for a family who perhaps can't afford anything newer. Perhaps one day it'll be rewarded for its service.
Posted by Jay Wollenweber at 12:00 AM