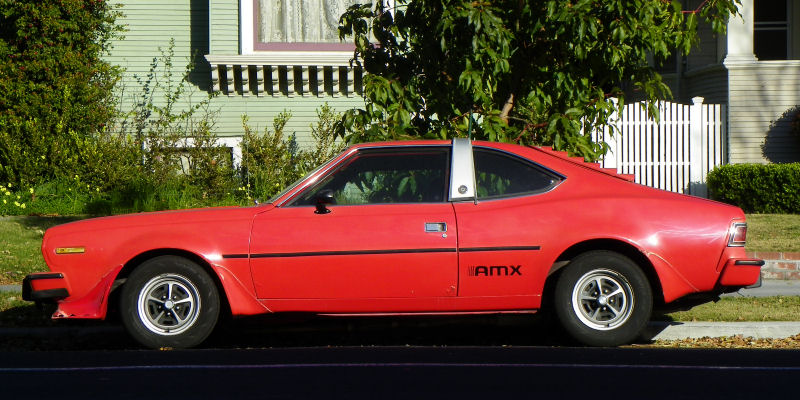 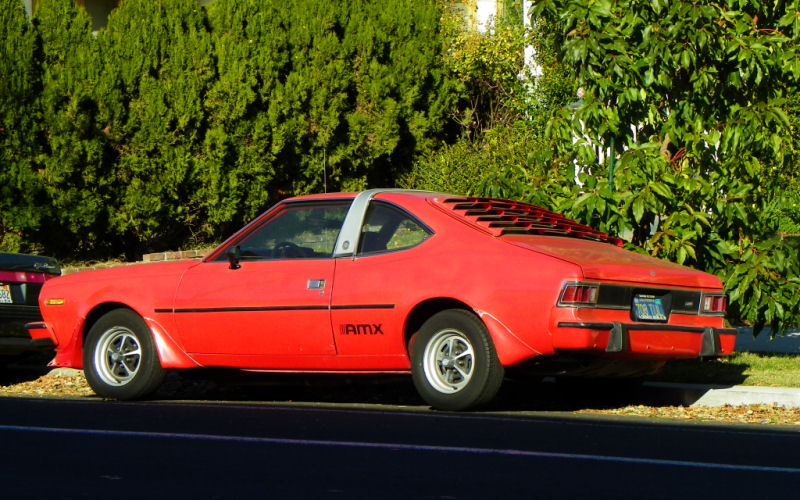 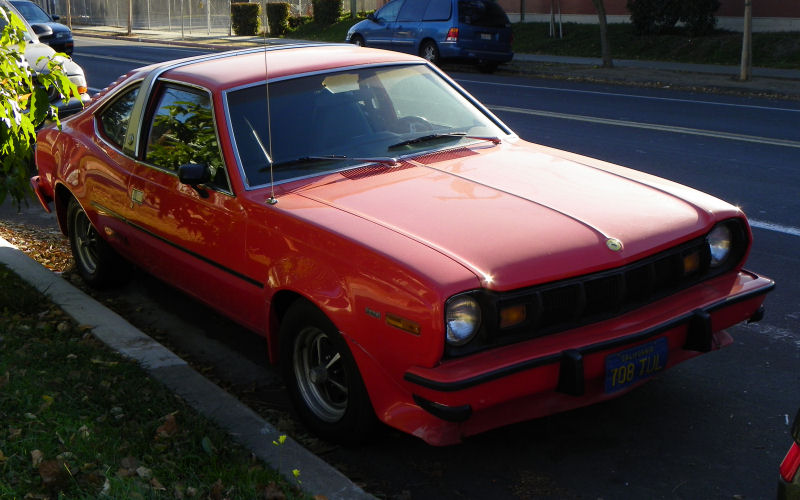 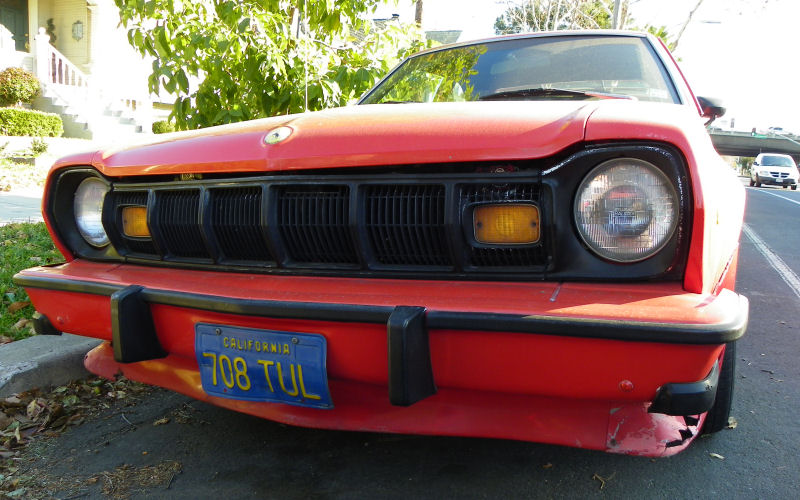 Anyway, the red 1974 AMC Hornet X used in that car chase is what got me hooked on Hornets. I freaking love that car. I also quite like the early (1968-70) AMC Javelins and the Javelin-based AMX muscle car. After the demise of the Javelin in 1973 there was no AMX halo performance car. The Hornet hatchback coupe was about the only thing left that was sporty in AMC's lineup, so in 1977 it was given a body kit and rear window louvers and AMX decals, 14-inch mag wheels (the Magnum 500s on this one appear to be aftermarket or from an older Hornet), painted bumpers and trim, black grille and taillight panel rounded out the $799 AMX package. You could also get a stylized bee decal on the hood and trunk in the vein of the Trans Am's "Screaming Chicken", a feature this car lacks. The silly prancing horse hood badge on this Firecracker Red car is apparently not stock. Engines for the AMX were the same as other Hornets, a 258 straight six or 304 V8. I've seen exactly three of these cars that I recall, and one of those was abandoned in a storage yard in Canada. Total production is said to have been 5,207 cars, with maybe 300 believed to still exist. 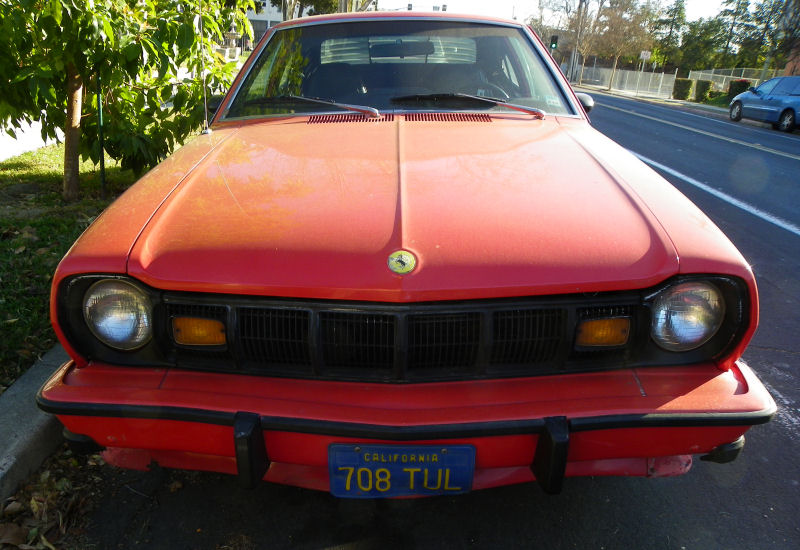 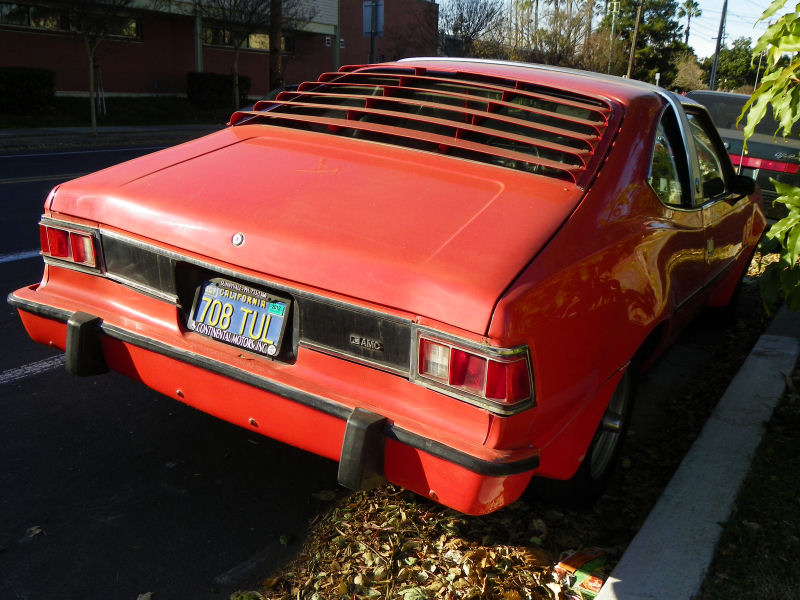 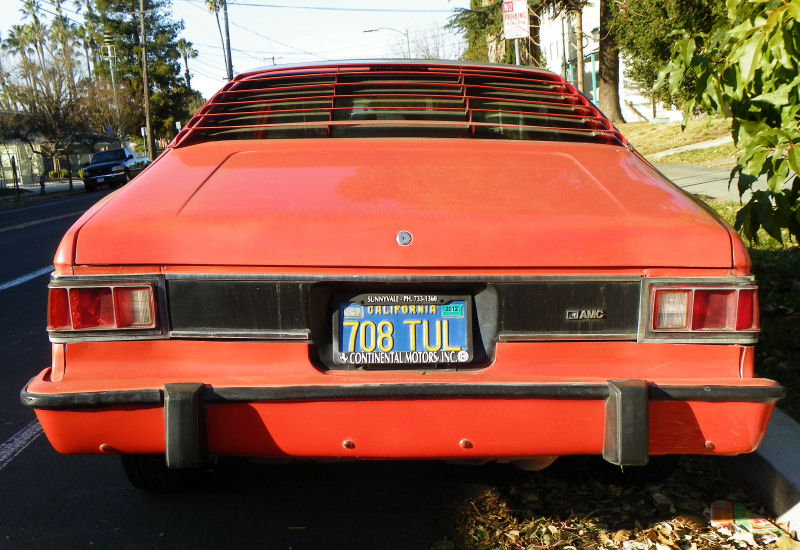 The last year for the Hornet was 1977, the year this car was made. In '78 it mutated into the Concord, and the AMX package continued in a less flashy form for another year before it was transferred to the Hornet-based Spirit hatchback. The Concord would again evolve in 1980, becoming the Eagle (the Spirit became the Eagle SX4), which lasted until 1988 when AMC closed its doors for good. Not a bad run considering they used the same platform and some of the same body panels for over 15 years. 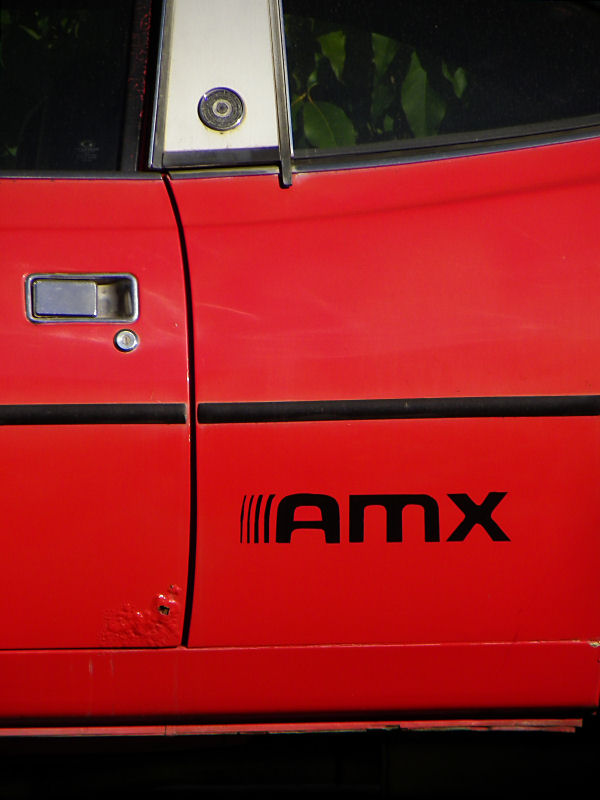 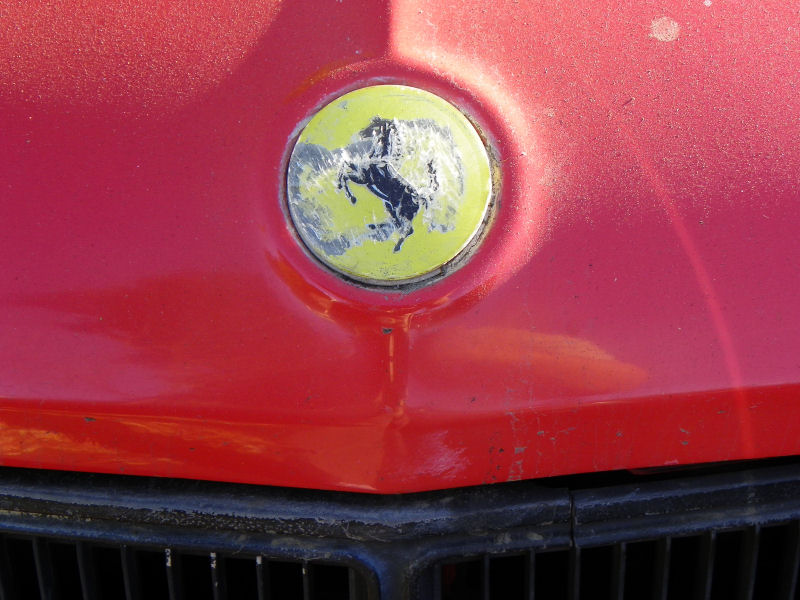 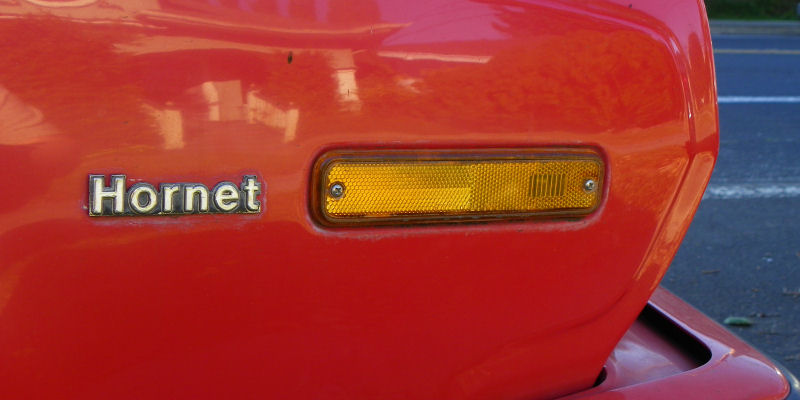 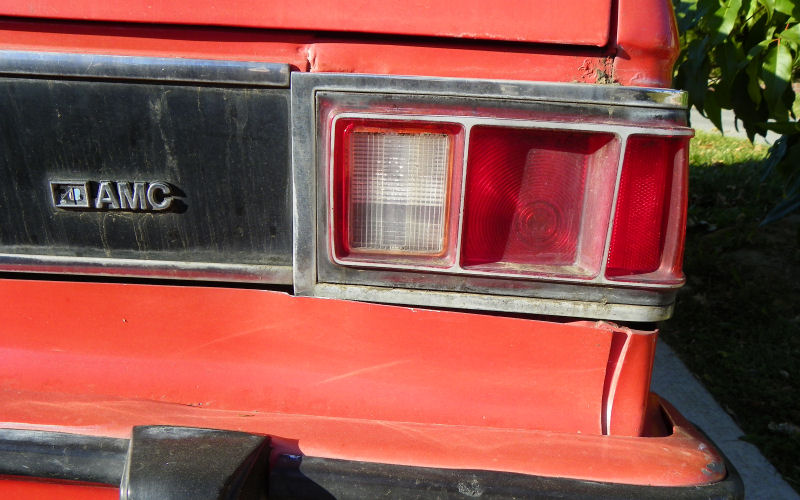 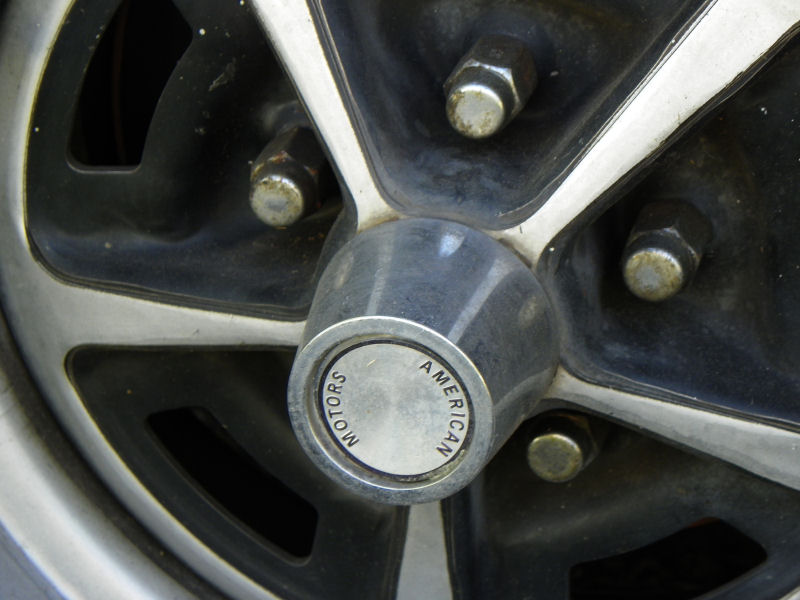 Some today would call this car a ridiculous affront to the AMX name and a lousy excuse for a disco-era muscle car. Most performance vehicles of the era were strangled by emissions control equipment and low compression ratios and had to make up for it by looking fast and aggressive. I doubt it's any worse than a Dodge Aspen R/T or a Ford Mustang II Cobra II, and its rarity makes it at least an interesting footnote in Malaise era automotive history. I'm not sure I'd drive it, but I definitely believe this Hornet AMX deserves to be cleaned up and preserved.
Posted by Jay Wollenweber at 12:00 AM