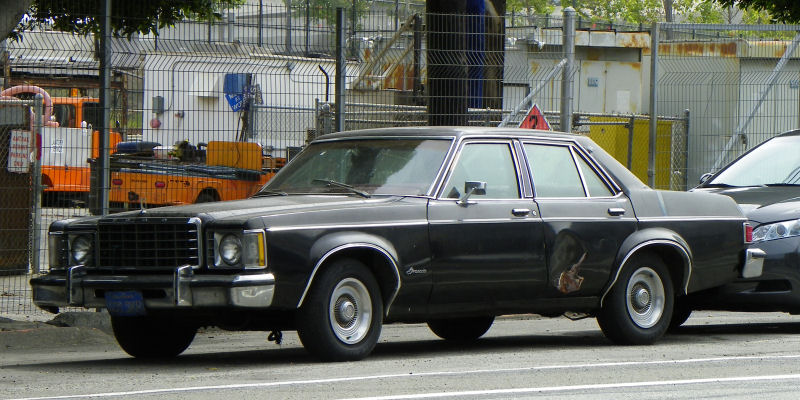 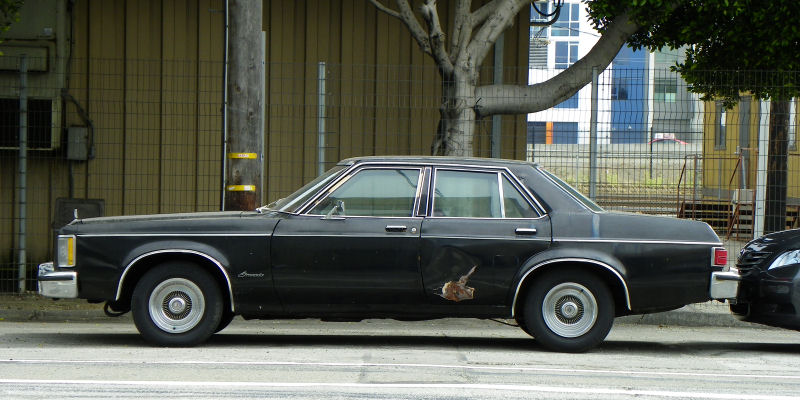 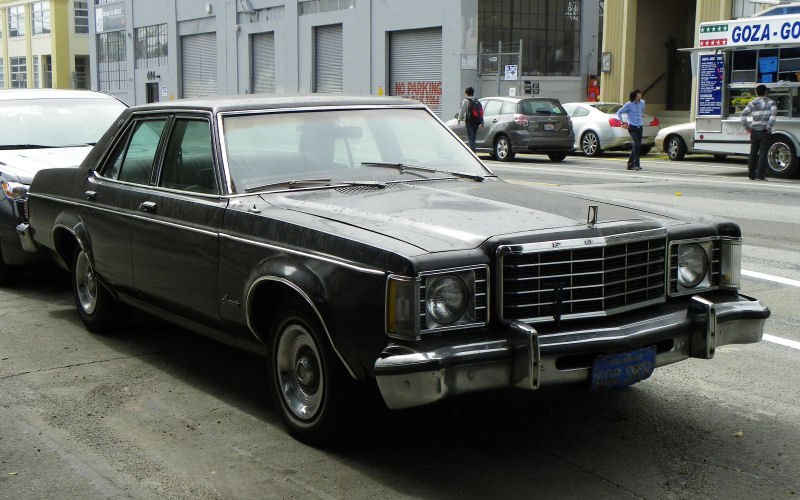 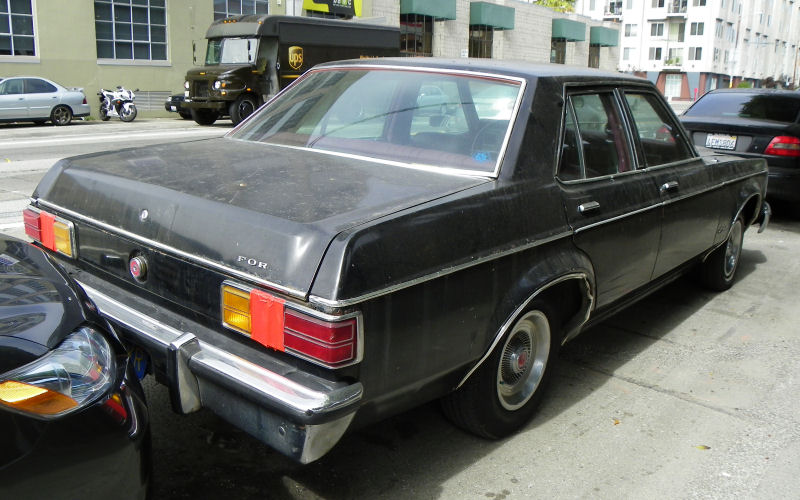 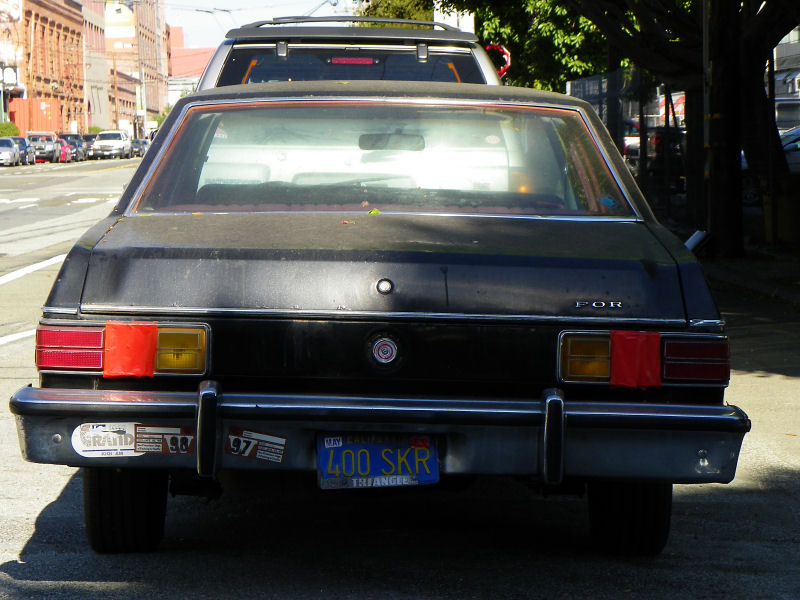 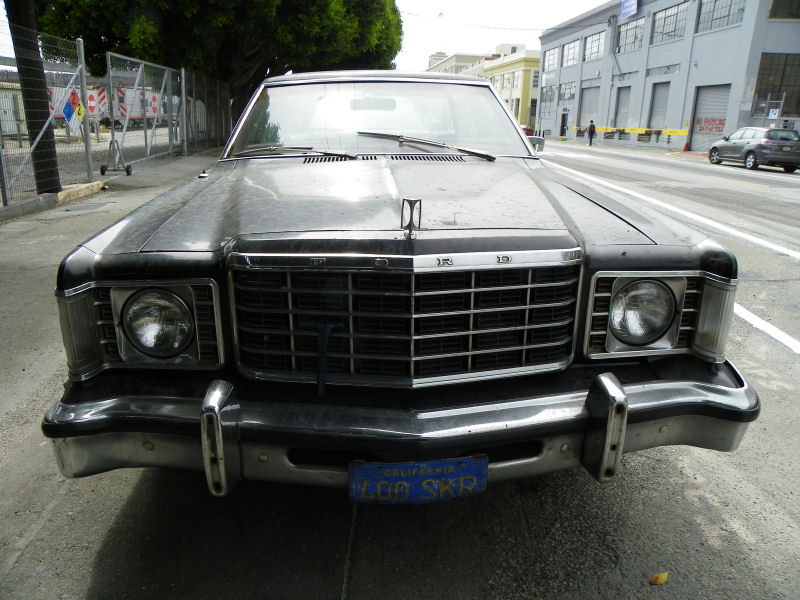 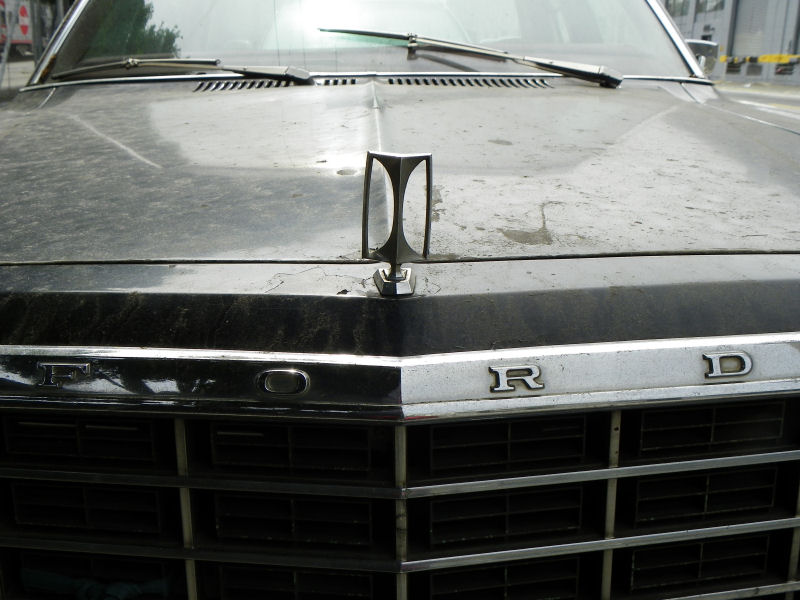 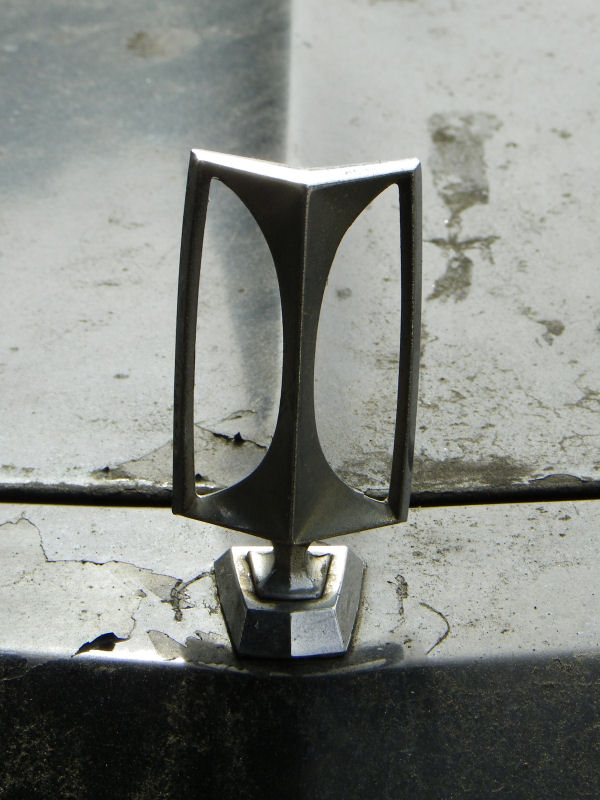 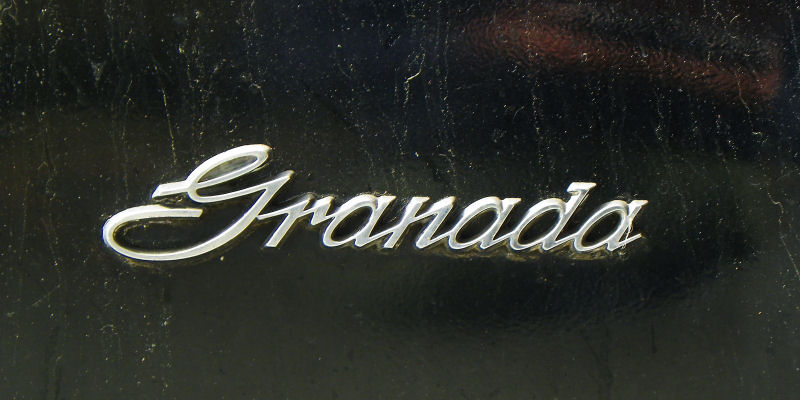 This is a 1977 Granada sedan. I wouldn't call it the most cherry example of the breed, but it's what I had in my archives. This car was almost always parked in the same general area down by the CalTrain station in S.F.'s South of Market (SoMa) neighborhood where I had a charcoal drawing class once a week. So, I photographed it on multiple occasions and now here it is. It was always in need of a wash and while the door was pretty banged up, the rest of the body was fairly straight and it never got worse while I saw it. I never took a close look at the interior, which looks to be maroon cloth which I imagine is in similar condition to the body. I'm not sure what the deal is with the odd orange rim around the rear window or the sickly green color the windows turn in certain light. An older tint job gone bad, maybe?
Over two million Granadas were built in a seven-year span, so there are probably a fair number like this one out there still. These cars don't seem to have a strong collector following yet, and prices are still generally low. I bet it wouldn't be too terribly difficult or expensive to get a new back passenger door from a wrecking yard.
Posted by Jay Wollenweber at 12:00 AM