I don't know what it is about convertibles and the color red, but they sure go together. This week we'll take a look at some.

First up is a 1964 Ford Galaxie 500 convertible, a full-size drop-top cruiser that dwarfs most anything parked nearby. That fact is proven even better by the fellow who parked a Smart Fortwo next to it. 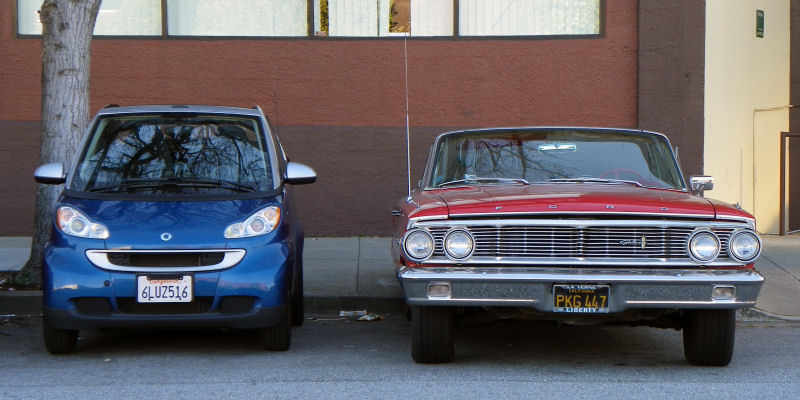 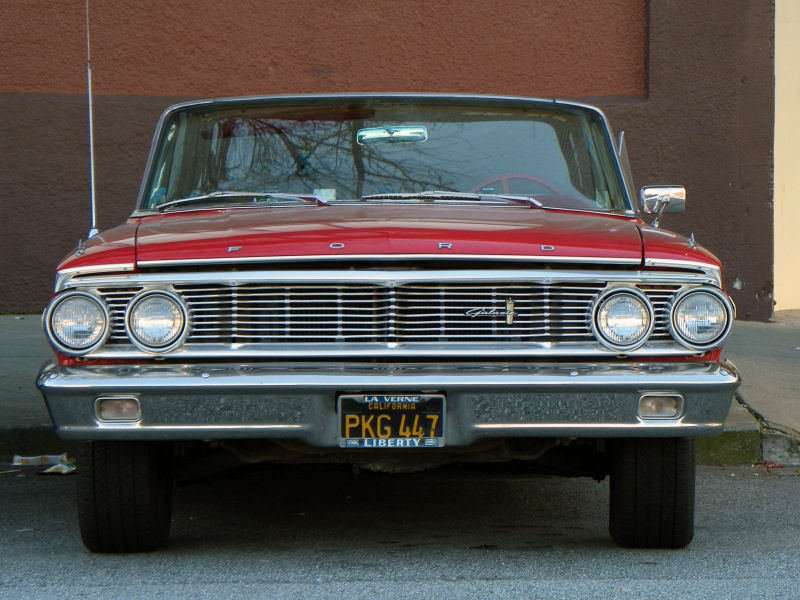 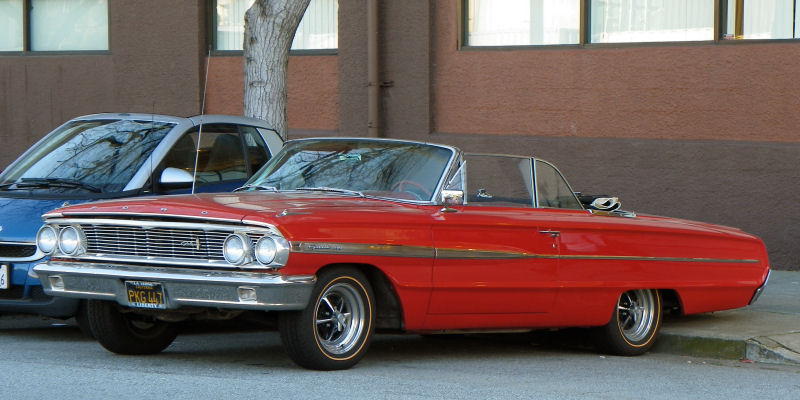 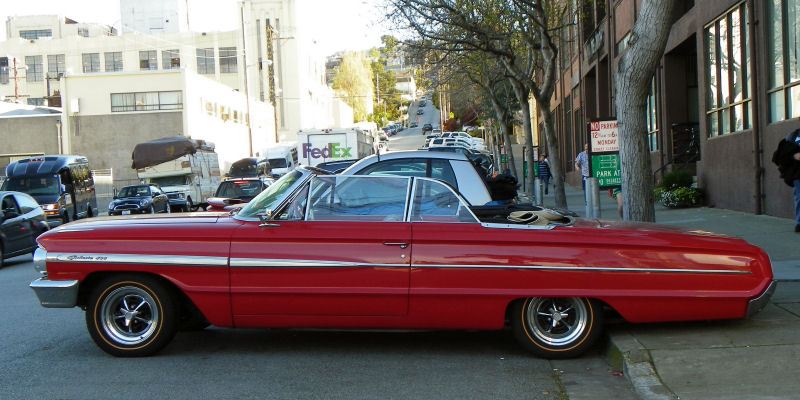 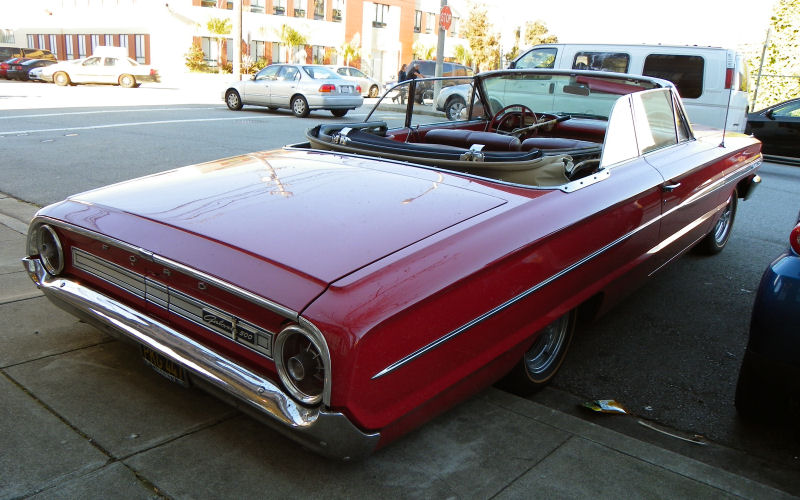 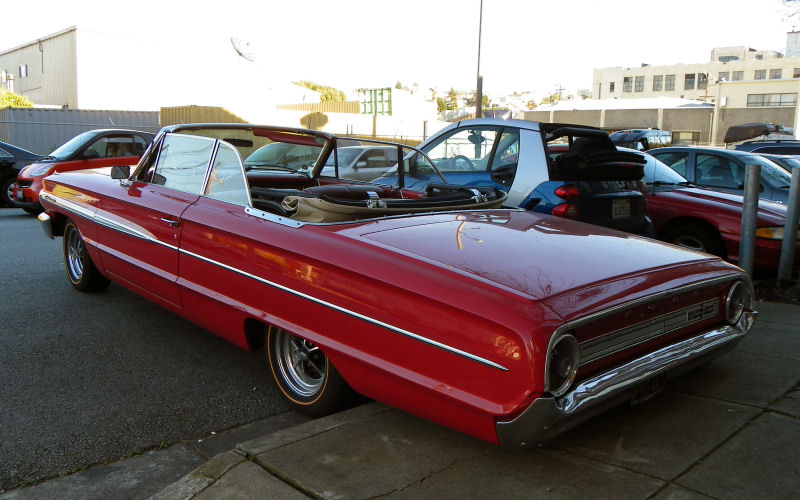 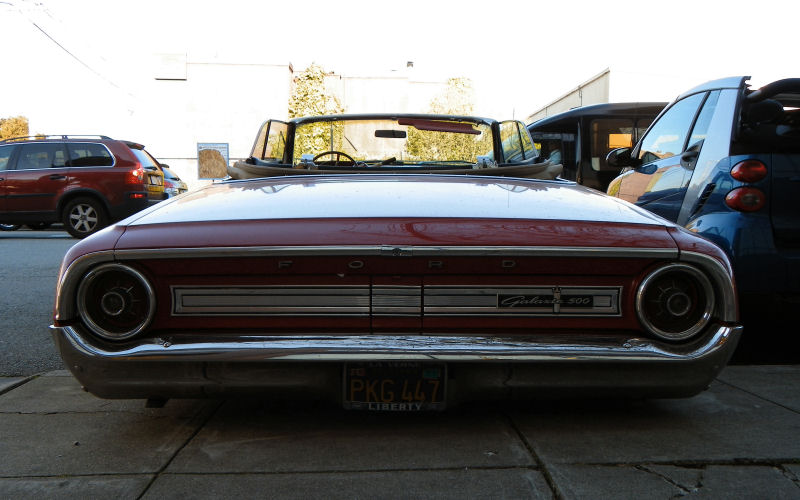 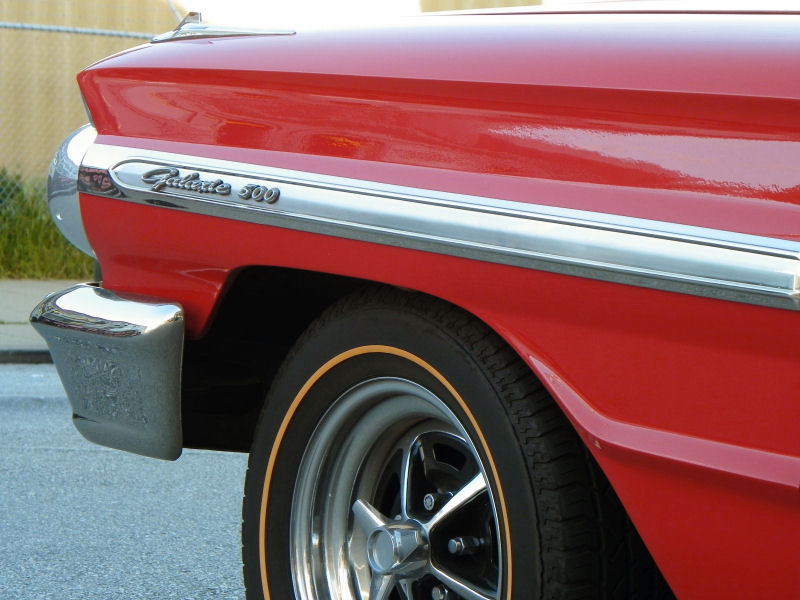 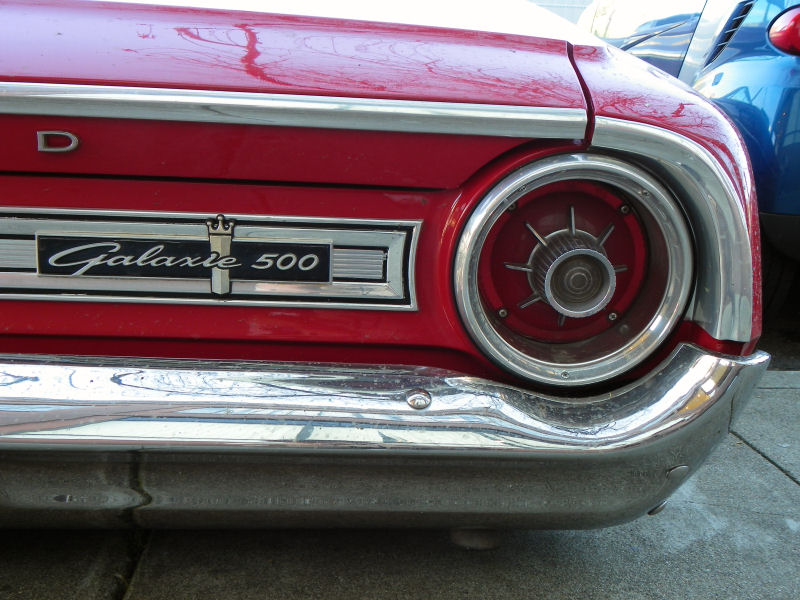 The big 1964 Fords were, in a way, the last of a dying breed. Not that the 1965s weren't just as huge, but they were noticeably different on both ends. Namely, the four headlights would be stacked vertically, and the round taillight motif used since 1952 would be replaced by rectangular units. Engines for 1964 included some half dozen options ranging from a 223 ci straight six to a big honking 427 V8. Among the transmissions - reaffirming that this car is a cruiser - was the Cruise-O-Matic automatic. Galaxie 500 was the mid-range offering, below the 500 XL.
I always was more partial to the 1963 Galaxie, but the '64 is nice in its own ways, and this one is a fine example. It sports an interesting combination of Magnum 500 wheels with spinner hubcaps, and what appear to be Coker American Classic gold-line tires. They add some attitude to the car without sacrificing its classic looks the way modern wheels might have. I hate seeing otherwise stock vintage cars on oversized chrome blobs that have no character aside from the "ooh shiny" aspect. If it were mine, I'd consider trying it without the spinners.
Posted by Jay Wollenweber at 12:00 AM