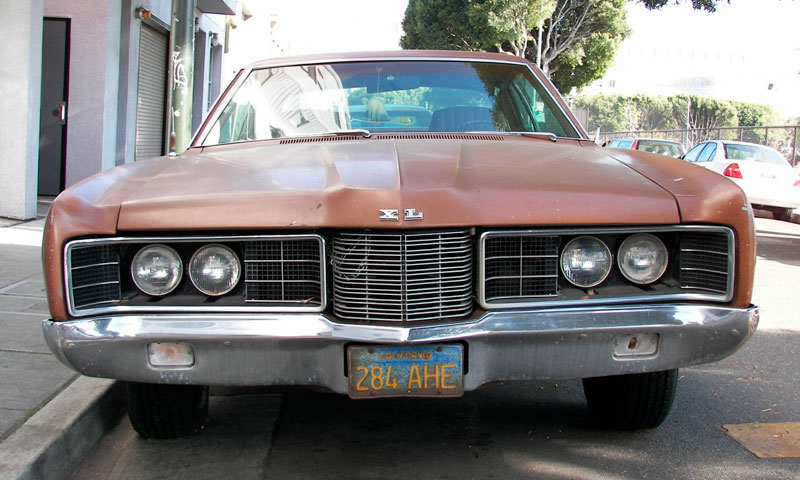 I'm going to say straight up that this is one I've wanted to get rid of for the better part of a year now. I shot the pictures in spring 2009 before I even started this blog, in the hopes of submitting them to Jalopnik.com for Murilee Martin's now-discontinued "Down On the Street" weekend feature. Due to the crappy camera and bad timing (half in shade and half in evening sunlight, right down the middle of the quarter panel), I needed a better profile shot. Since the location of this 1970 Ford Galaxie XL Sportsroof is kind of out of my way usually, I didn't bother to seek it out for a while.
Then, I found out that this semester I had a drawing class down on Townsend, and this car lives only a couple of blocks off of my route to class. So, for five straight Fridays I walked past it, waiting for the right light. Honestly, I was uneasy because the street has security cameras right above the car's usual parking space and I didn't want to make the wrong impression on the neighborhood. No harm, no foul. 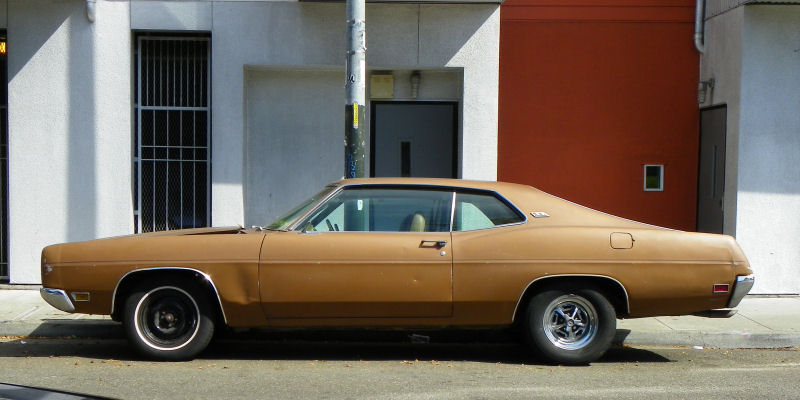 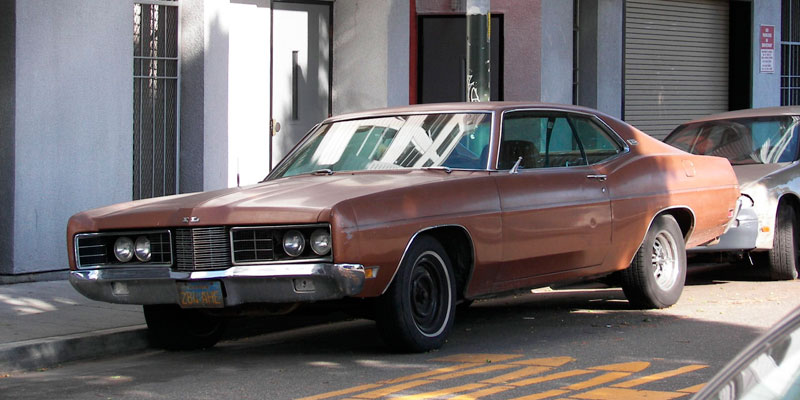 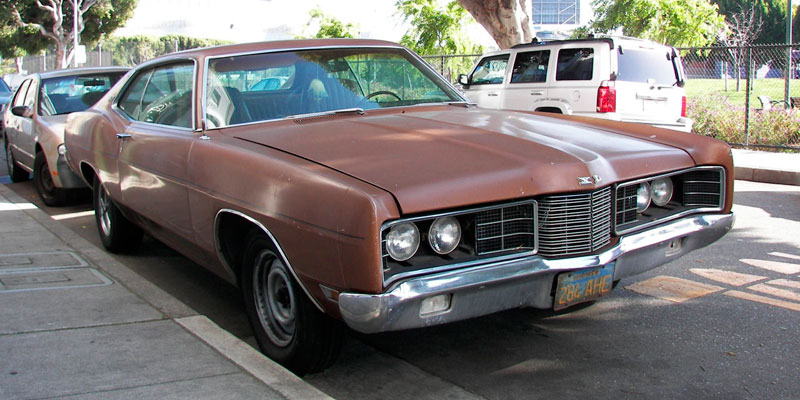 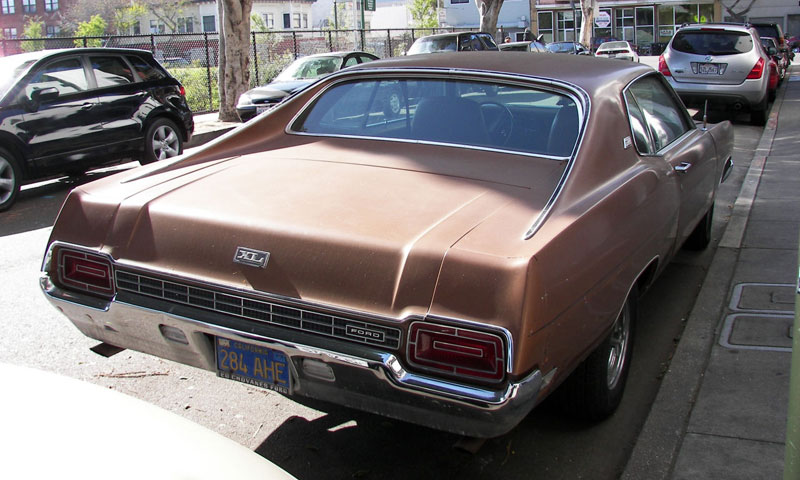 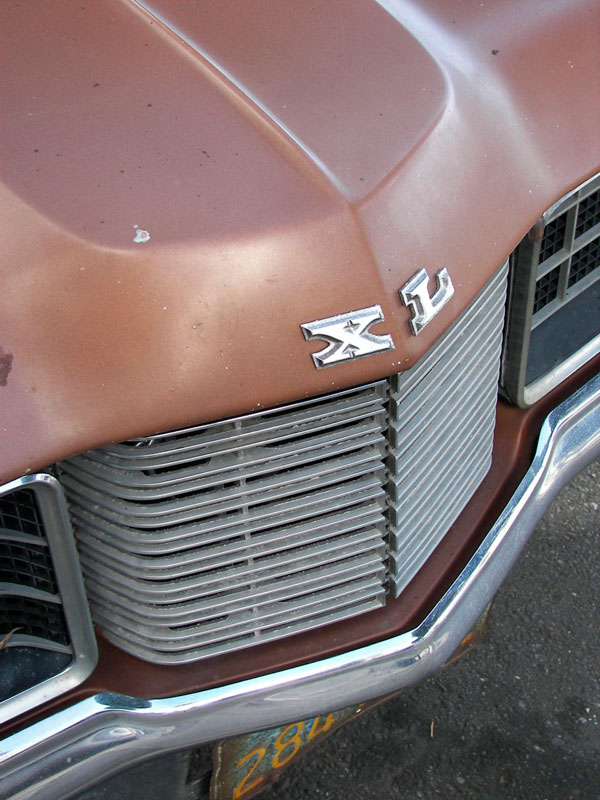 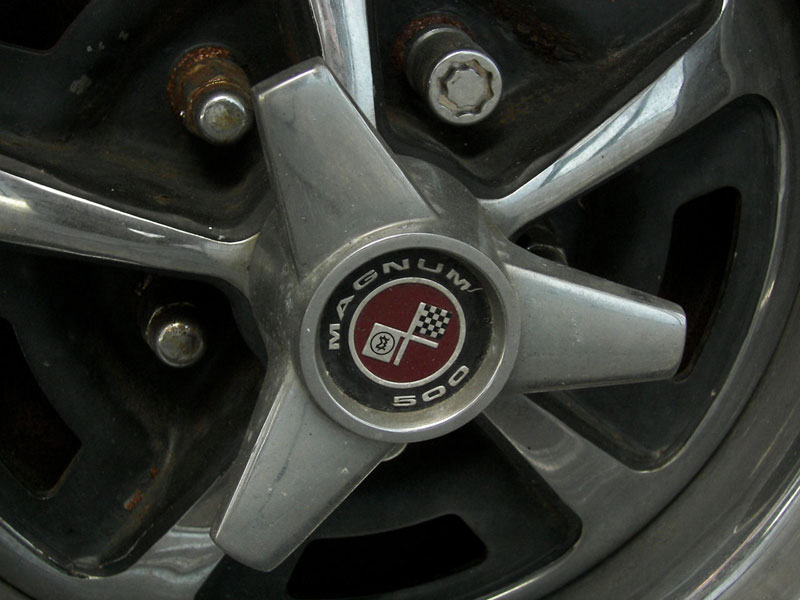 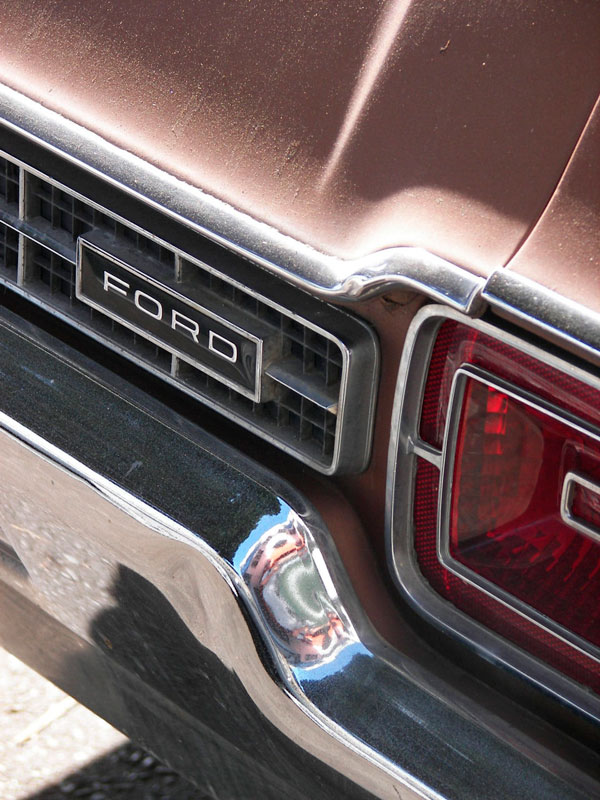 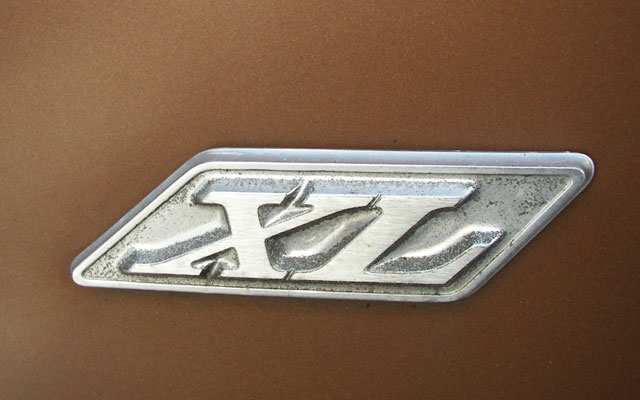 I'm kind of ambivalent about this car. I like its profile. I like its front to a degree. The back end is kind of a mess though, and the fastback roofline is fake. You get nice sail panels, but the rear window is a standard notchback angle and ends up resulting in a giant blind spot without the aerodynamic improvement of a fastback roof.
1970 was getting toward the end of the Galaxie's production run. The model was already 11 years old and '70 would be the last year for hideaway headlights. It was also pretty much the last model with sporting pretensions, as Galaxie became a more formal fullsize car. The XL designation refers to the luxury edition, and was dropped after this year (I suspect because Galaxie would soon become a strippo version of the luxurious LTD fullsize body for 1971). This one still features Magnum 500 mag wheels and dual exhausts. The color is a decidedly un-sporting brown which appears oddly different in good light.
As far as condition goes, this is no shining example. It looks all right from 20 feet or perhaps from down the block. It makes me sad how a vehicle can change for the worse over a year and a half period. Take a look at the profile shot. The busted mirror is still busted, but now there's a big dent in the fender and the hood has bent corners and sprung hinges from where it's apparently popped open and peeled back while driving. That had to have been scary.
Despite all its warts, I can't remember the last time I saw any 1970 Galaxie other than this one, let alone a Sportsroof XL model. It's also one of the last relatively cool Galaxies I've seen. And perhaps most importantly, this beast of a car is still surviving in Yank-tank-averse San Francisco. That's a very good thing indeed.
Posted by Jay Wollenweber at 4:33 AM