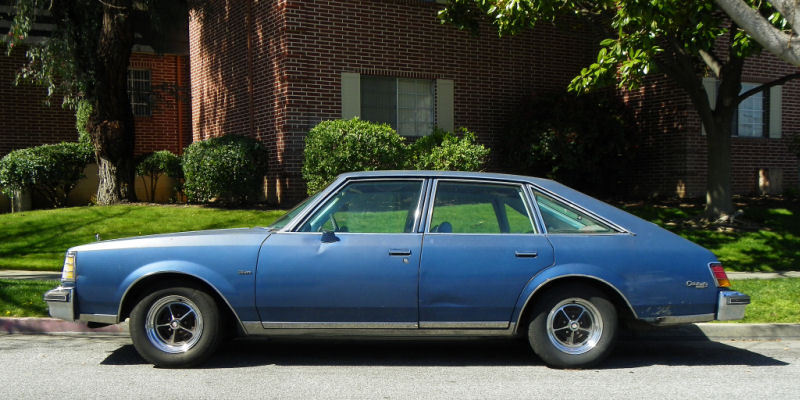 It seemed fitting to me that, for the one-hundredth feature on this blog, I should do a Buick Century. Why? Because 100 is the century mark. And not just any Century would do, because your average Century is a 1980s granny car or a post-'97 rental beater. I had my eye on two different Bay Area Centuries, both of which always seemed to elude me. It took fourteen months to obtain sufficient photos of both cars for the archives. In the end, only one would be feature #100:
The 1978 Buick Century Custom in the unusual fastback sedan body style. 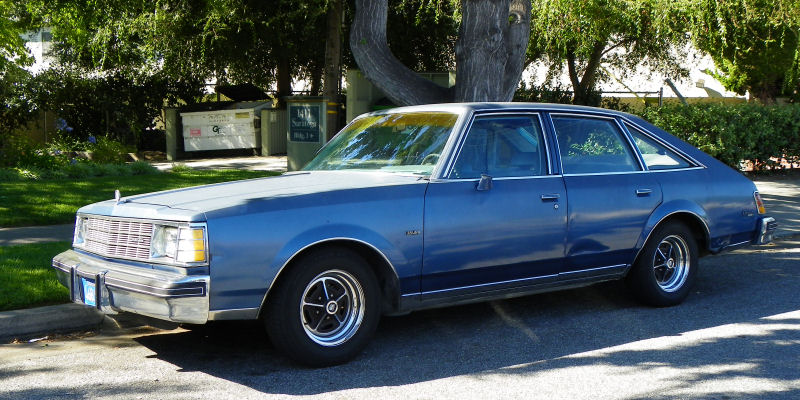 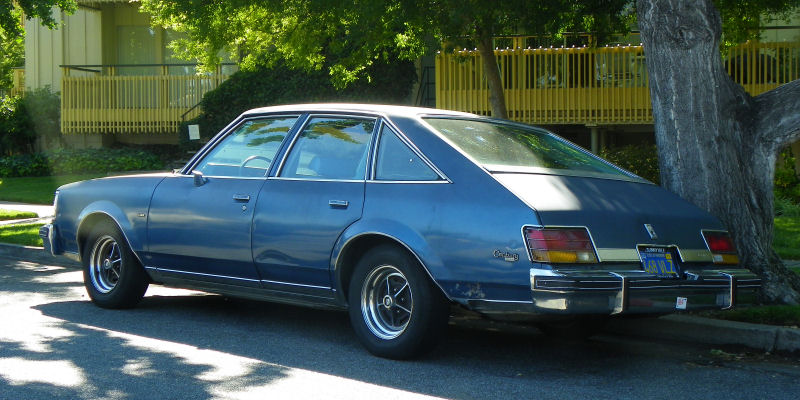 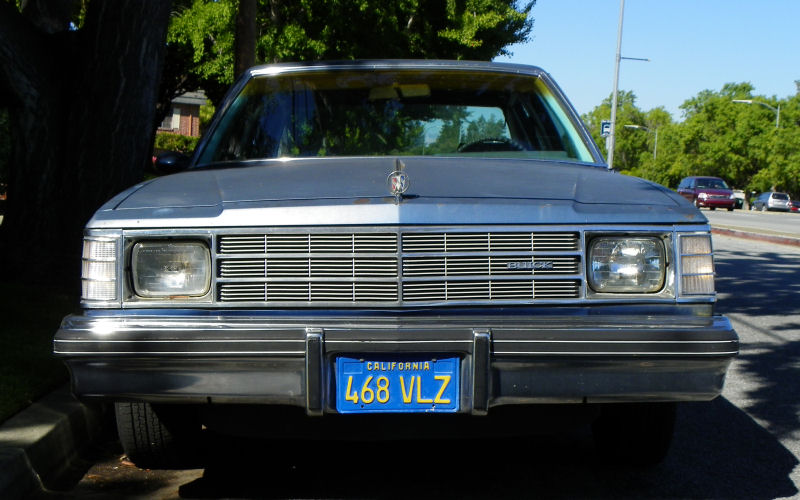 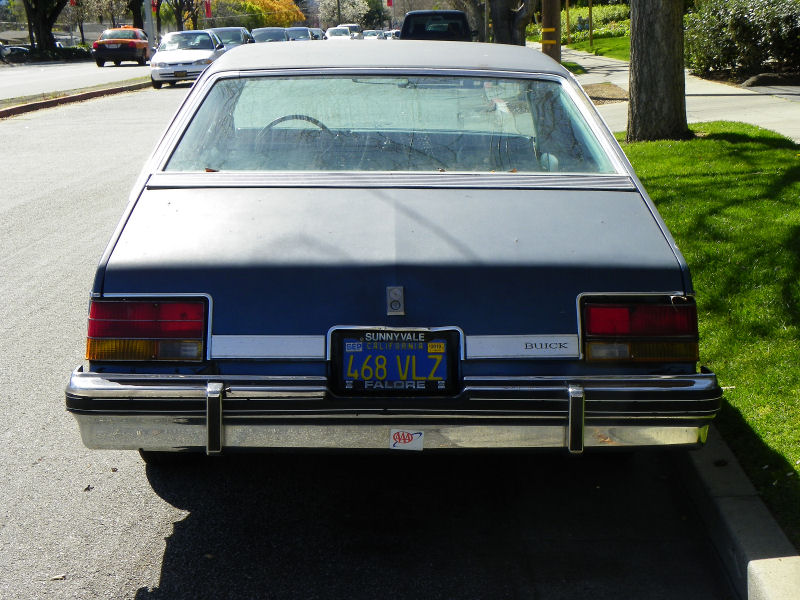 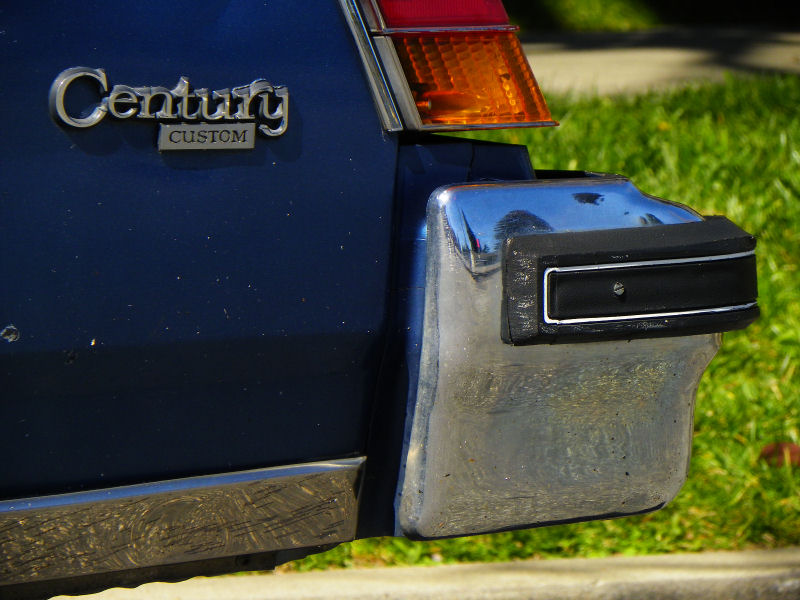 So, what do we make of it? It looks like a hatchback, but it isn't a hatchback. Under that long, sloping rear panel is an ordinary trunk with a fixed rear window. Its overall look is certainly more modern than the giant, dated-looking Century it replaced, but the car-buying public found the styling to be too weird for their liking. Some called the Century sedan and similar "Aeroback" coupe, and their Oldsmobile Cutlass Salon brethren, ugly. Because of this, sales were poor and by 1980, the fastback coupe and sedans were gone for good.
This car is one of 18,361 Century Custom sedans built in 1978. It car is a fairly standard example of the breed, equipped with the optional 3.8 liter V6 engine and (almost certainly) a three-speed automatic. It has a fair body with some damage and road rash from 30 years of living in the Bay Area. The driver mirror is missing, probably an inexpensive item obtainable from any GM A-body car of similar vintage. Up close, the metallic blue paint doesn't look original, with somewhat sloppy masking around the badges. This is no show winner, but since it's parked in a different place nearly every time I see it, I assume it is daily-driven and provides its owner with dependable service. If there's anything Buick ever did well, it was the 3.8 V6. That basic engine was still being built in 2008 as the 3800 Series III. And the G-body underpinned everything from the Cutlass Supreme to the El Camino until 1987, so engine and chassis parts should be easy to come by. As long as the maintenance is kept up, this car will probably keep going for a good long while.
Posted by Jay Wollenweber at 10:30 PM