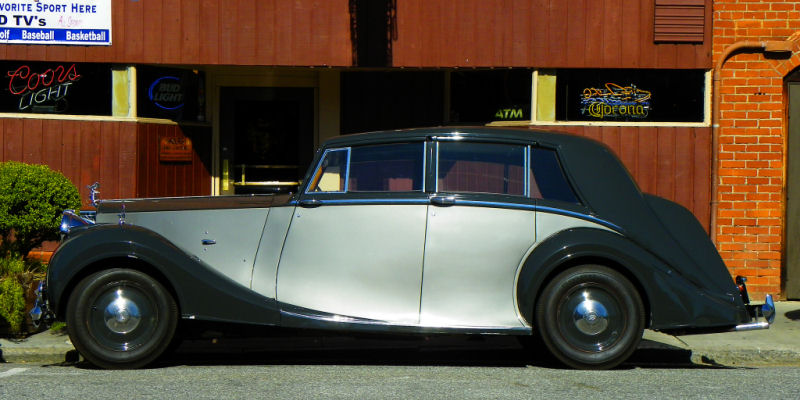 Now, I don't pretend to be any manner of expert on vintage cars. I know what I read and I read a fair amount. I go to car shows, do research and try to learn what I can. Unofrtunately I'm still useless under the hood. Most of the cars that have been featured here are mass-produced, usually middle-class models that can be researched on Wikipedia and HowStuffWorks.com.
And then there's this. As far as I can tell, it's a 1947 Rolls-Royce Silver Wraith, and it is an incredible car. These were the last "chassis-only" Rolls models, sold to customers without bodywork so they could commission a coachbuilder to fabricate a body to suit their own tastes. The coachwork on this car is likely supplied by Hooper, which according to JamesList (the craigslist of the super-rich, apparently) is one of the "more graceful and desirable bodies made" in the postwar era. The swoopy and dramatically curved bodywork with four (count 'em, FOUR!) suicide doors makes a statement of luxury and extravagance that sets it apart from other dowdy cars produced in the years immediately following World War II. 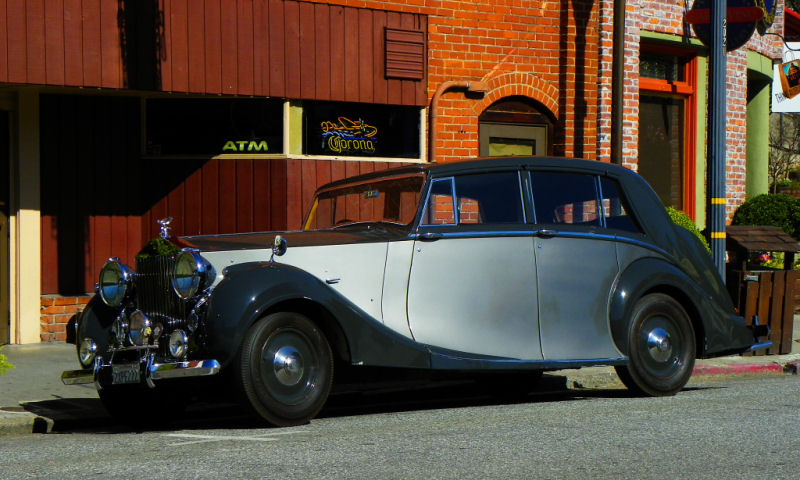 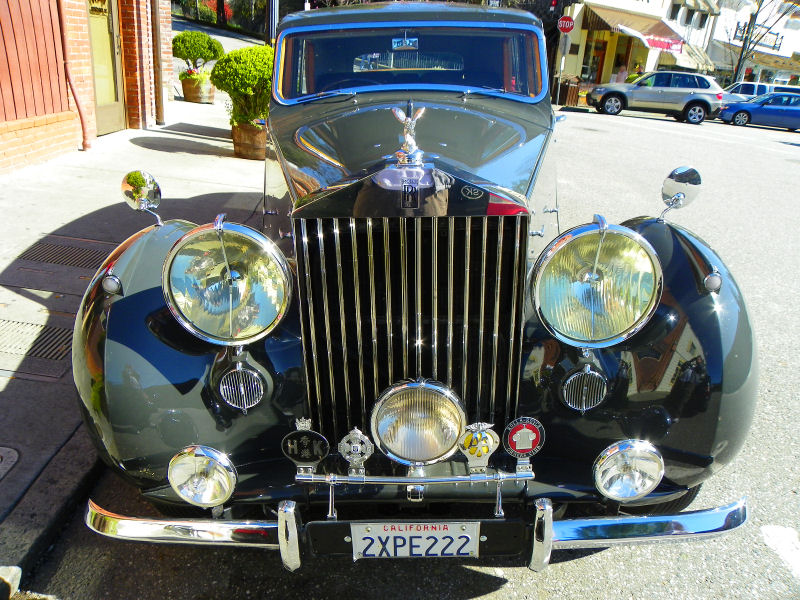 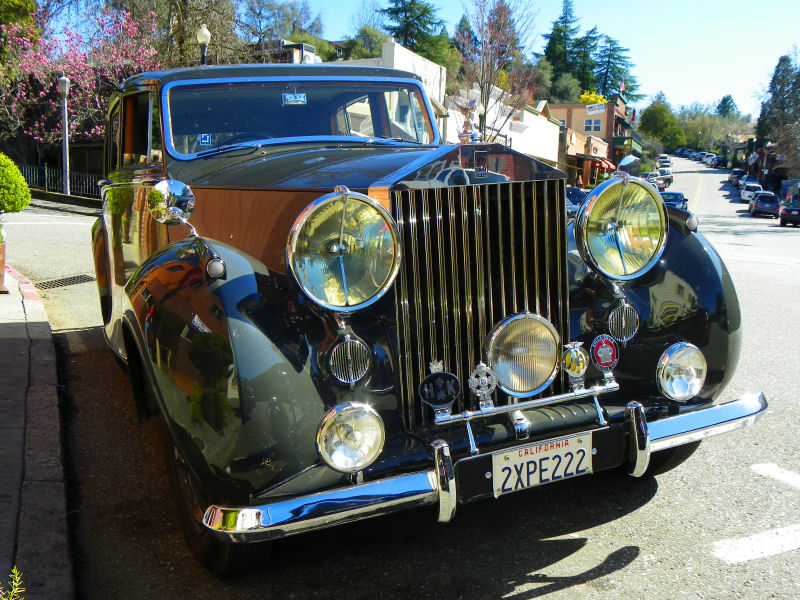 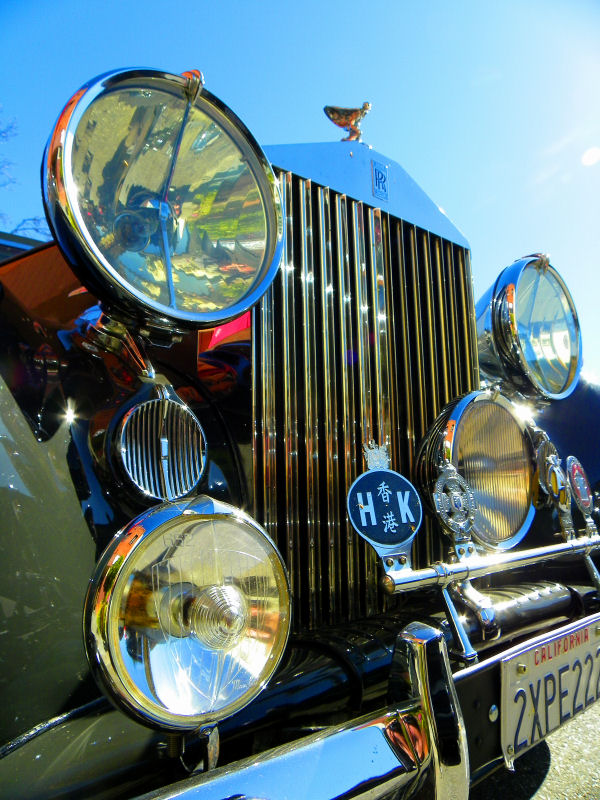 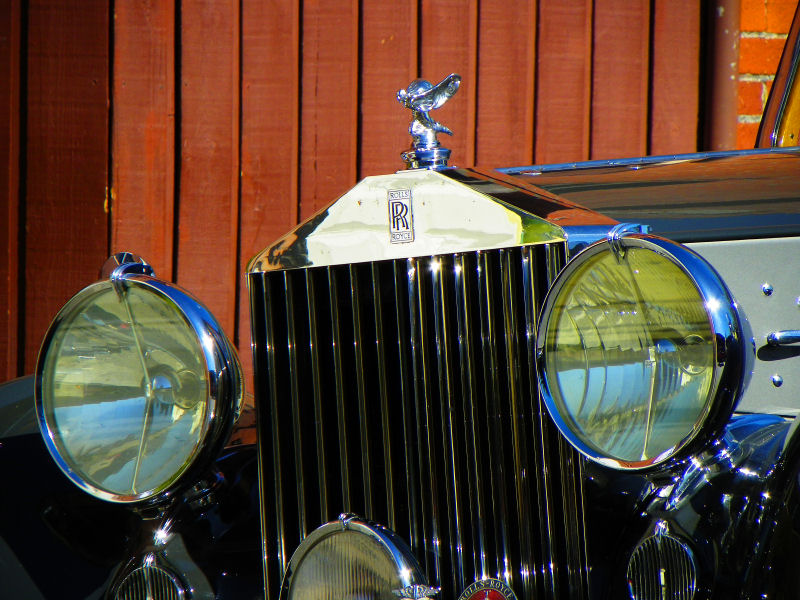 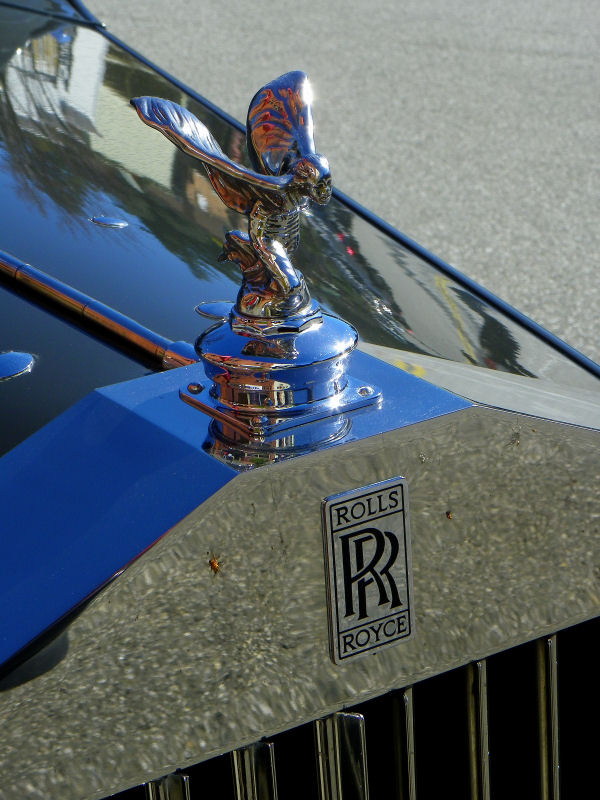 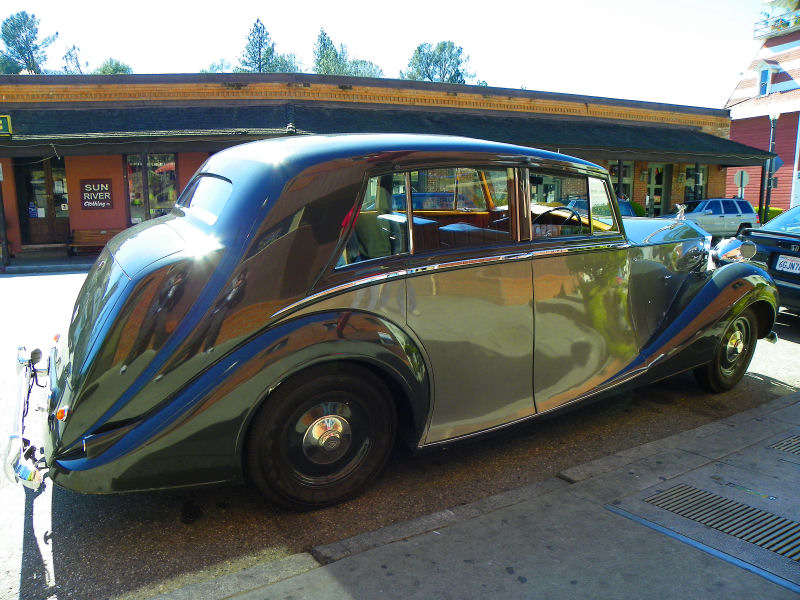 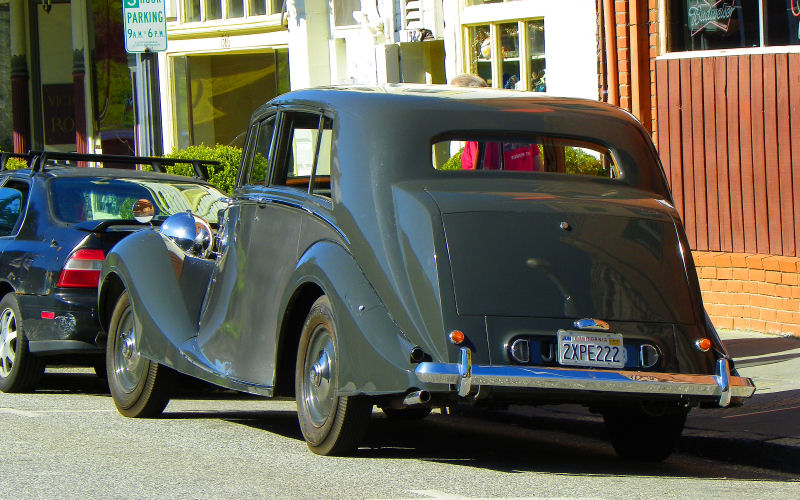 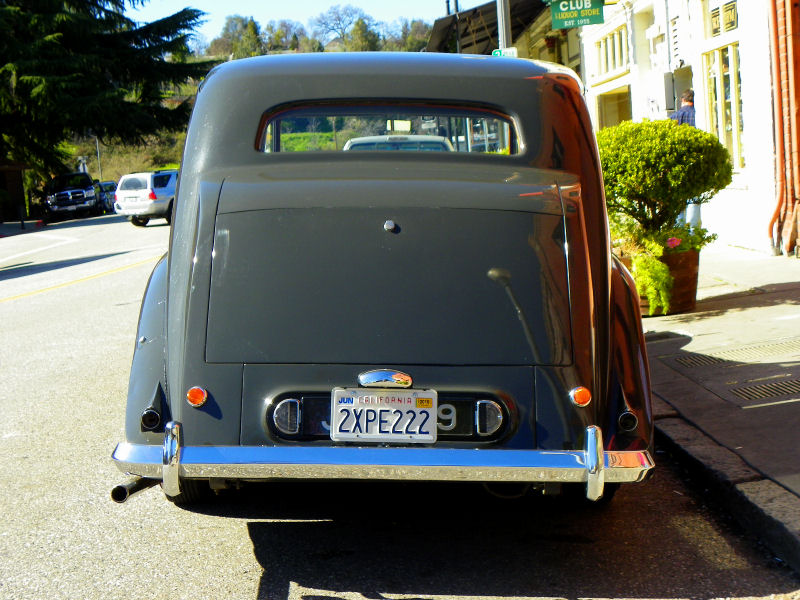 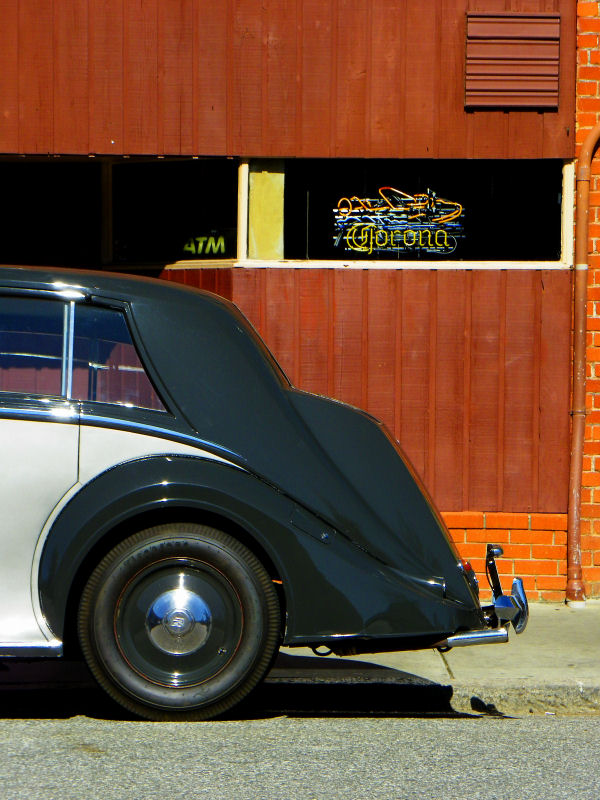 This Rolls is fortunate to wear such an exceptional body, because the chassis underpinning it is anything but. The engine is a pre-war 4.3 liter inline six coupled to a four-speed manual transmission. It makes under 130 horsepower and probably goes, corners and stops like the Queen Elizabeth. The colors chosen to decorate the body are probably consistent with the era, but a drab dark green with silver two-tone is probably not what I would have picked. Interior appears to be a dark brown leather with lots of polished wood trim.
For the most part it appears to be in very good condition, and looks to be a driver. There's a small amount of damage to the left rear fender which can be seen in the pictures. The badges on the front bumper indicate that the owner is a member of the Rolls-Royce Owners' Club, Royal Irish Automobile Club, and has an AA badge with a serial number dating between 1957 and 1959. From what I gather, the AA (Automobile Association) is a UK insurance and roadside assistance company very similar to AAA here.
I happened to find this car while returning from a family memorial service. My parents and I stopped in the town of Auburn to take pictures of the old-town district. I looked out the rear window of my mom's Saturn and glimpsed this glorious old Rolls following us. Soon after, the Wraith parked and I got out to go shoot it before it got away. I wish I had thought to ask the owner about it, because the British-style plates, right-hand-drive setup, and Hong Kong front grille badge suggest a fascinating history. The California plate is an old one issued around 1992, so maybe that's when the car was imported to the US.
Is it something I'd want to own? Not likely. Would I drive it? Probably not. Am I glad someone out there owns and drives it instead of keeping it locked away in a dark garage? You bet I am.
Posted by Jay Wollenweber at 10:29 PM