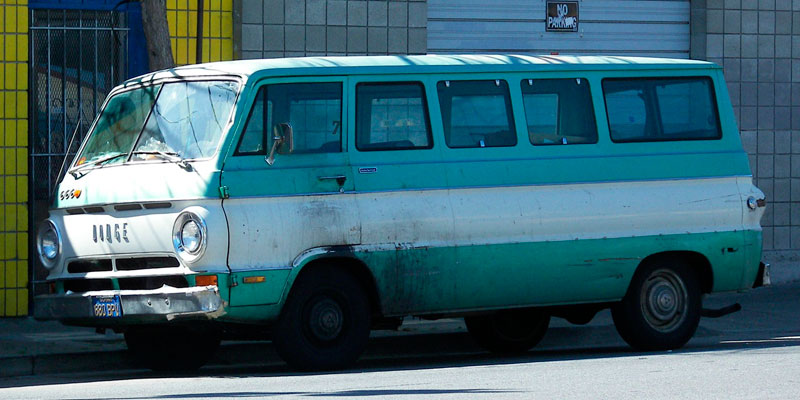 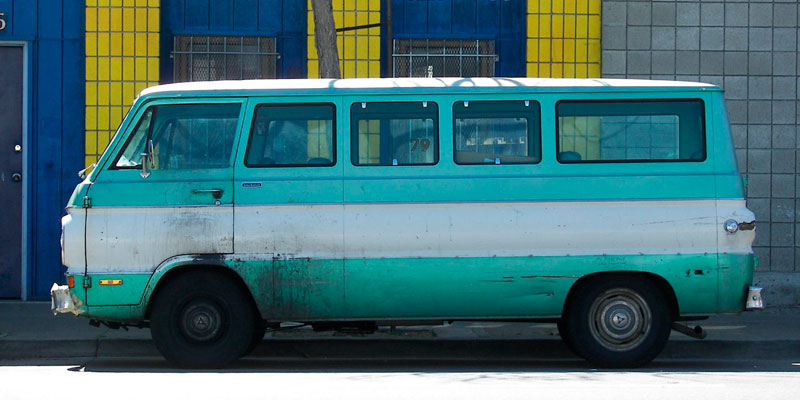 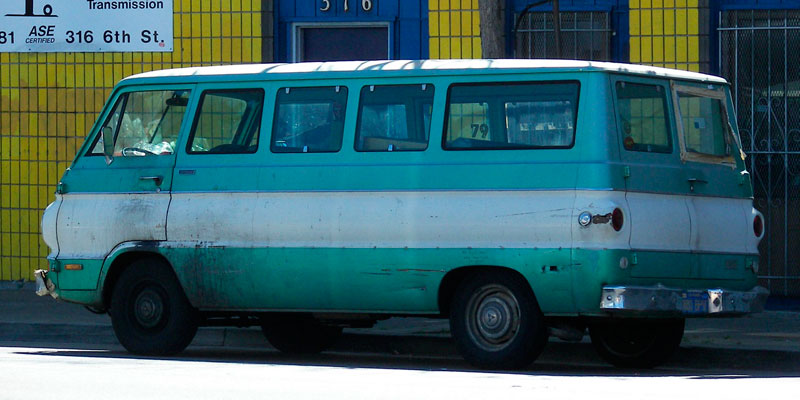 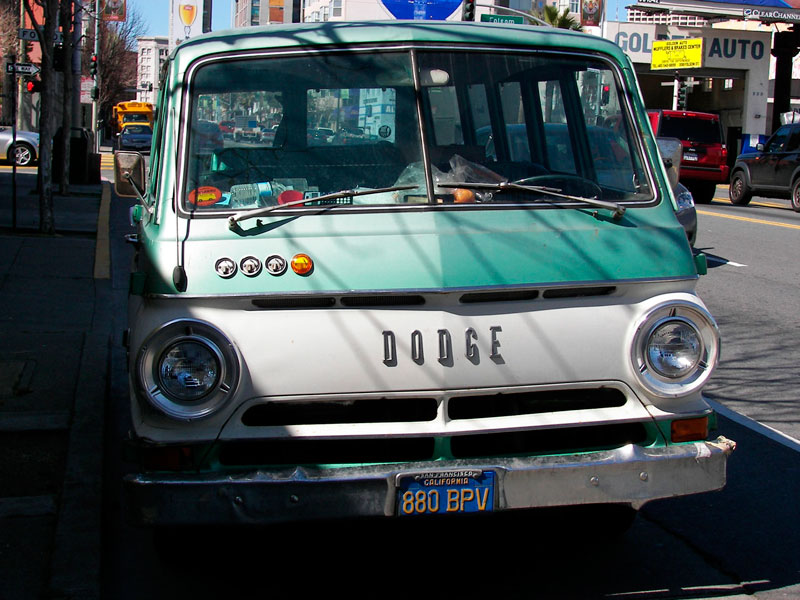 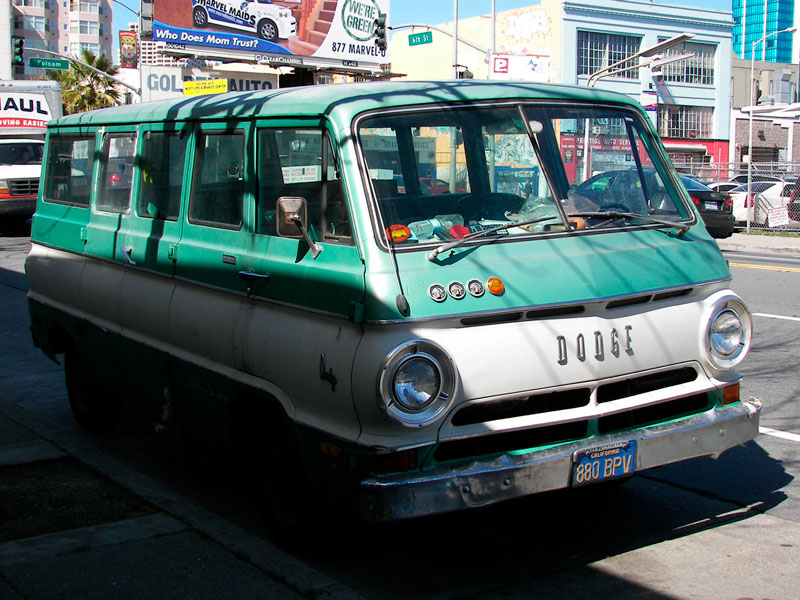 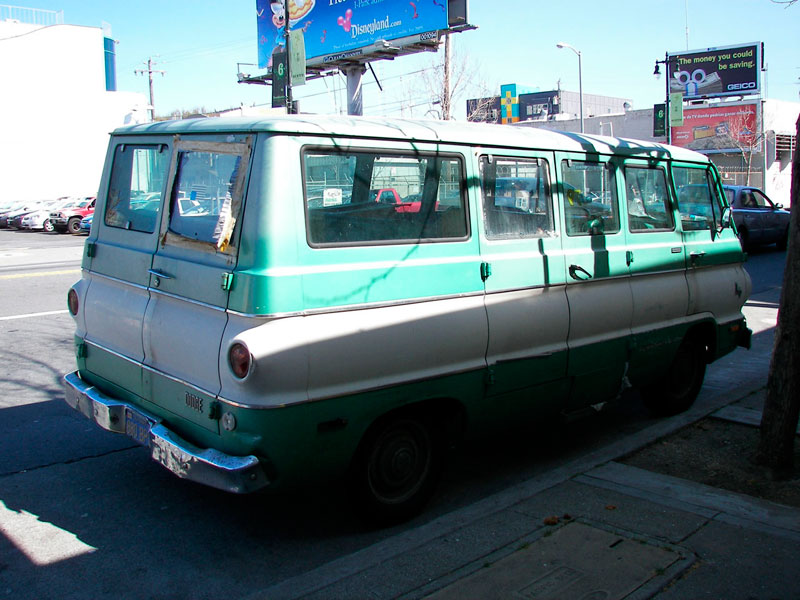 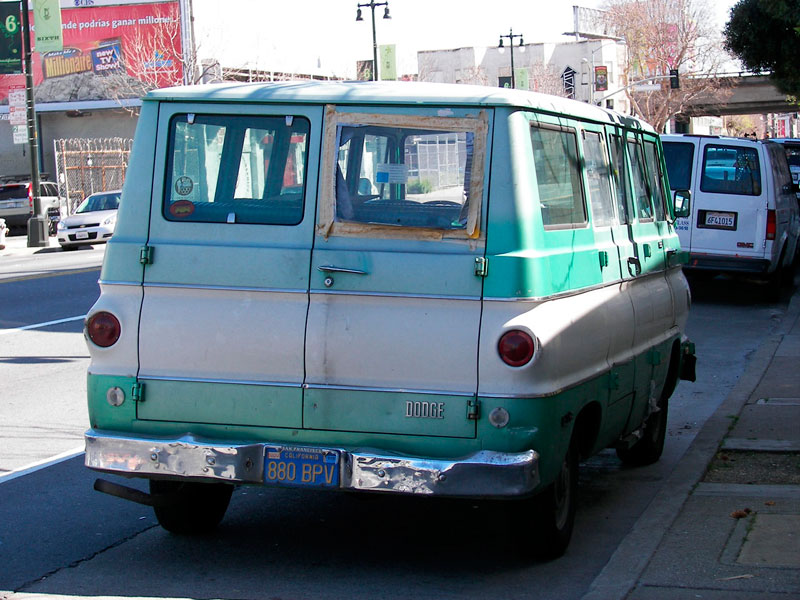 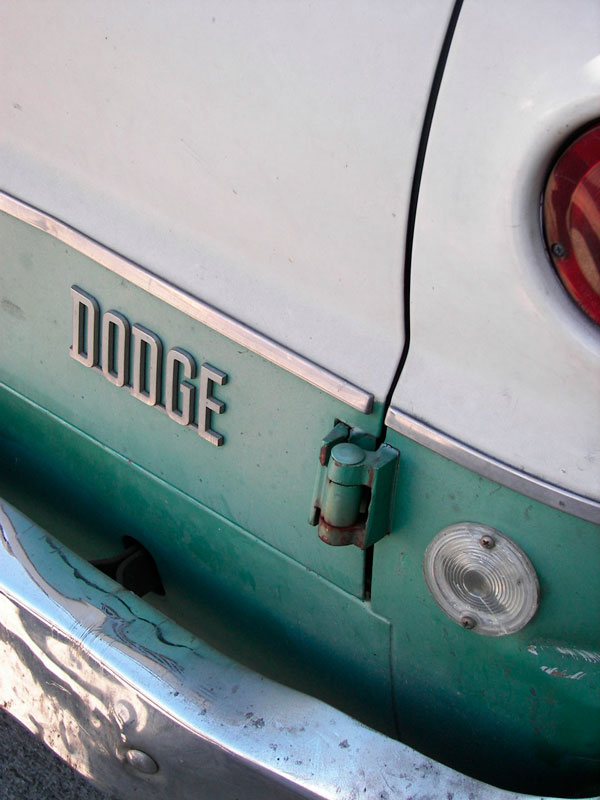 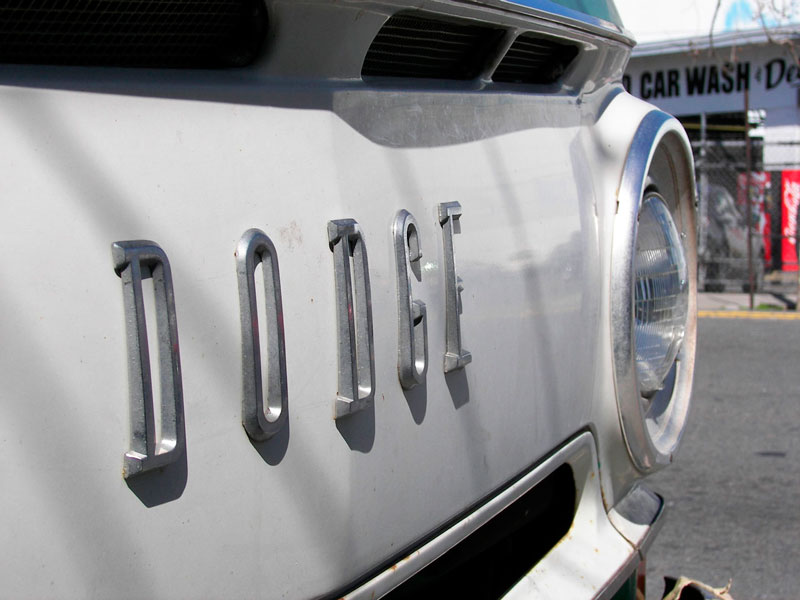 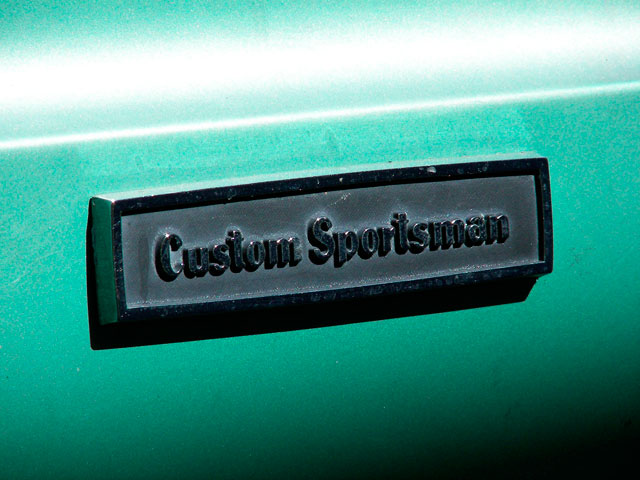 This Custom Sportsman looks similar to the 1968 A100 Tradesman which was the first vehicle featured on California Streets. But you may notice something extra on this van: more windows and a foot and a half longer wheelbase. That's the difference between the A100 and the A108, much like a Chevy Tahoe versus a Suburban today. This Sportsman is effectively a minibus for carrying many passengers, with at least three and possibly four rows of seats. The body bears the scars of 40 years of duty with little love shown to it in return. The paint is probably original Q3 Light Turquoise Poly over W1 White. I'd bet this was a fairly good-looking van when it was new, before the ravages of time wore it down to the relic you see today. In the meantime, though, it keeps going.
Posted by Jay Wollenweber at 12:07 AM