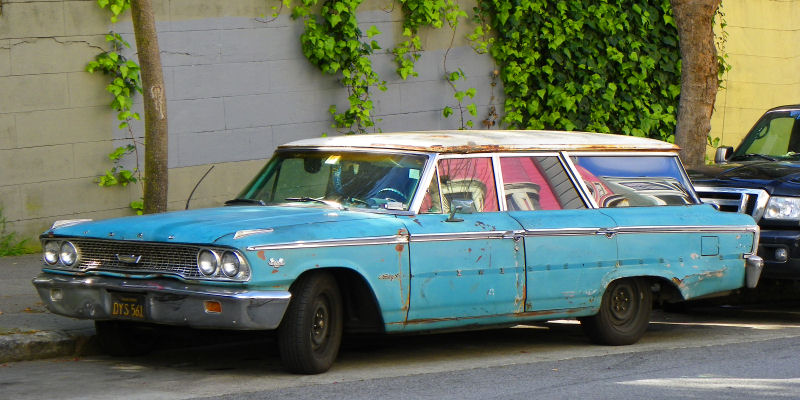 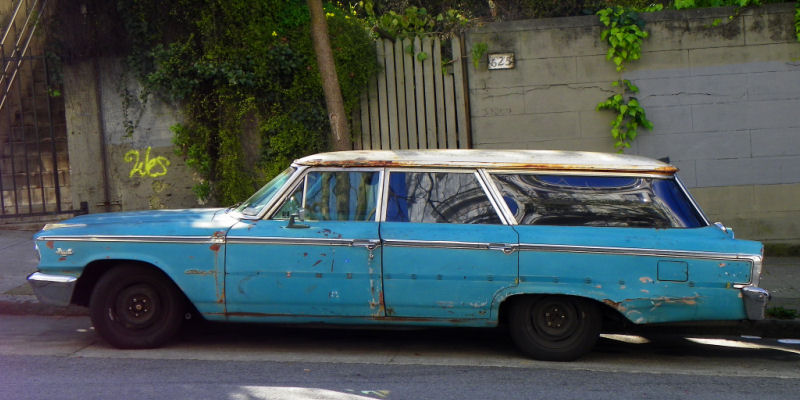 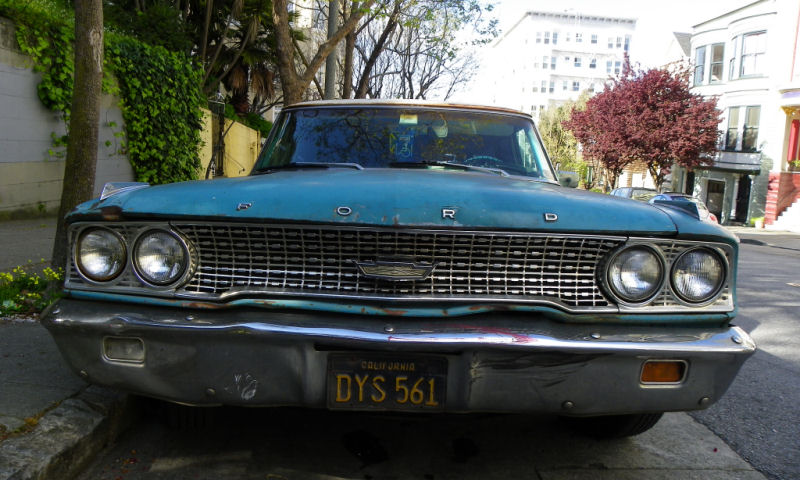 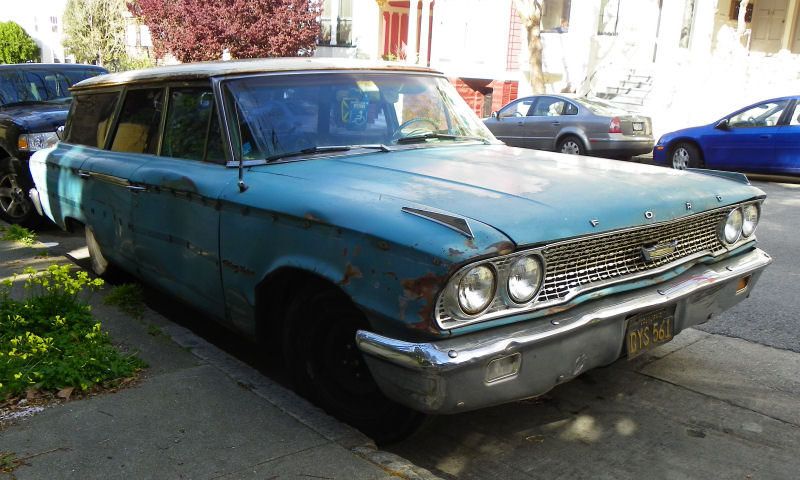 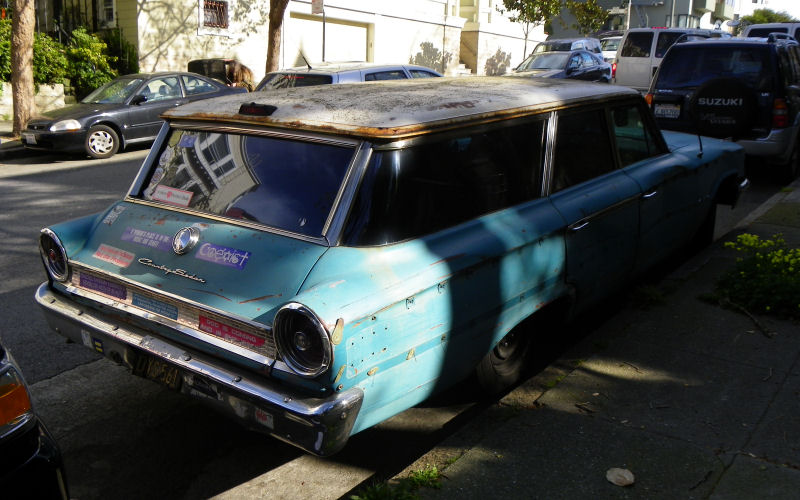 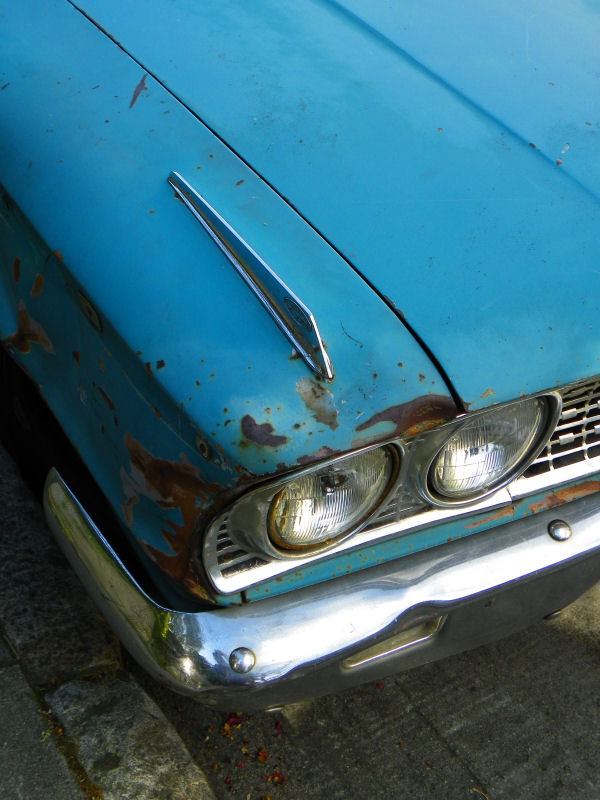 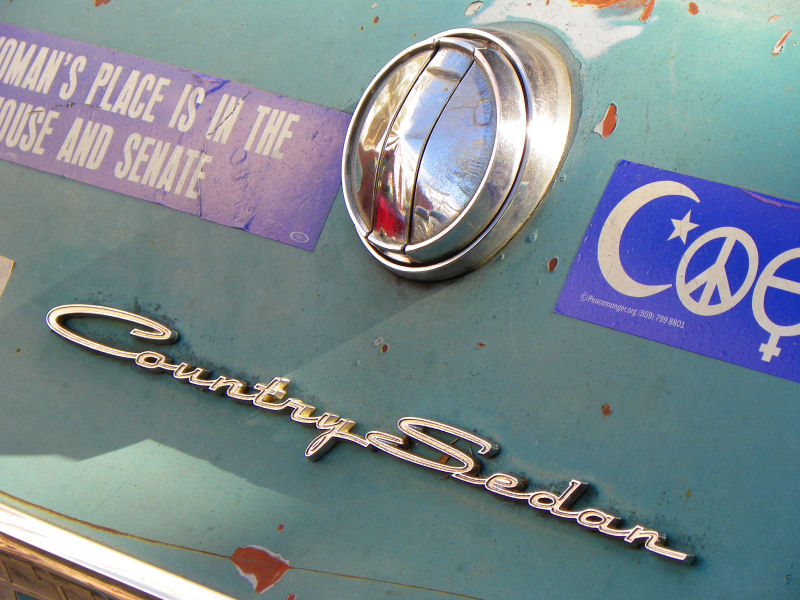 Yes, it's beat to hell and back, with baked paint and body damage that far exceeds the value of the car. All four hubcaps are long gone, as is most of the side trim, and you'd be hard-pressed to find a straight body panel short of the roof (and that's pretty badly rusted, too). The sad fact is, these aren't fantastically valuable. Unless it has immense sentimental value, I doubt it will ever be fixed. The progressive bumper stickers say a lot about the owner, and I don't think this person's biggest priority in life is how their car looks. Quite frankly, I'm surprised they drive something like this. I fear it may disappear to the scrap heap once they save up enough for a down payment on something "greener".
What else makes me sad about it is, I've known about this car for two years now. It looks worse every time I see it. Trim falls off, more dents and rust appear. Watching old cars deteriorate can be painful, and every few months when I pass by this car's usual spot and it isn't there, I wonder if it still exists. Here's hoping it doesn't soon fall victim to the jaws of the Crusher.
Posted by Jay Wollenweber at 12:45 AM