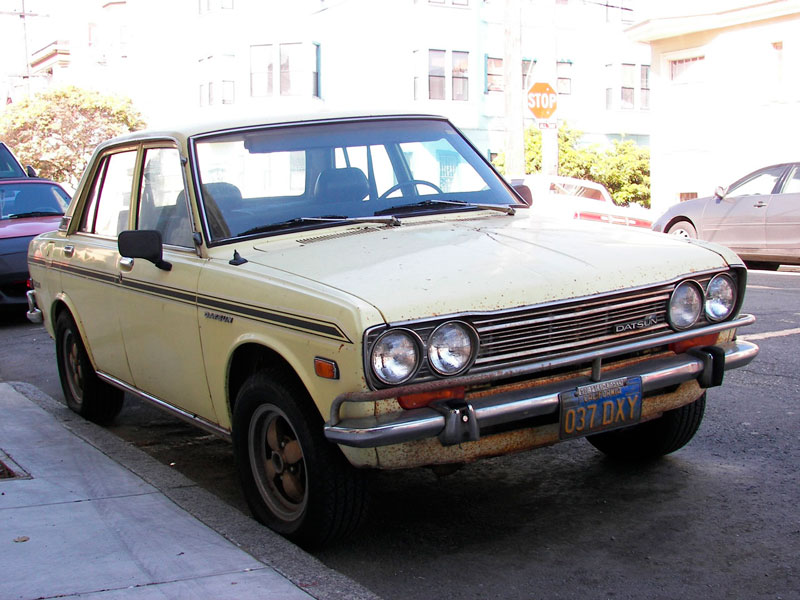 A number of Japanese manufacturers got their start or became successful by copying proven formulas from other companies. In the case of the Datsun 510, Nissan Motor Company copied a BMW. Specifically, the "New Class" series of sedans and coupes introduced in the 1960s. They were trim little cars, powered by four-cylinder engines and rear-wheel-drive. The Datsun 510 was introduced in 1968, but didn't become popular in the United States until 1969. It featured clean and handsome lines penned by Teruo Uchino. To this day I still think the 510 is one of the better looking Japanese cars. US models were powered by Nissan's L16 1.6 liter four-cylinder producing 96 horsepower, coupled with a 4-speed manual or 3-speed automatic. The 510 was available in coupe, 2- or 4-door sedan, or 5-door wagon body styles. 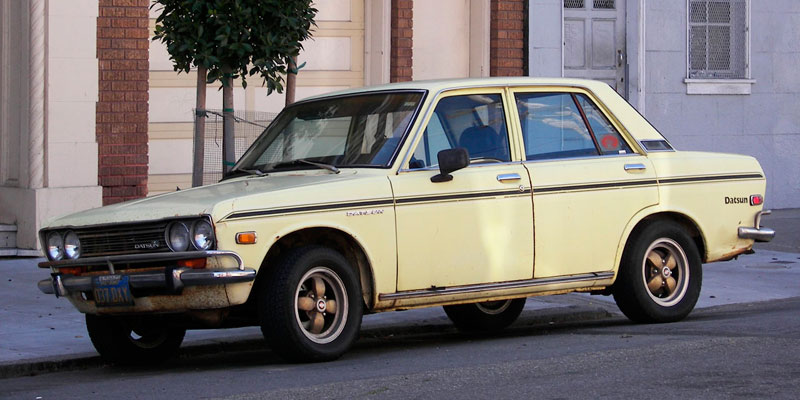 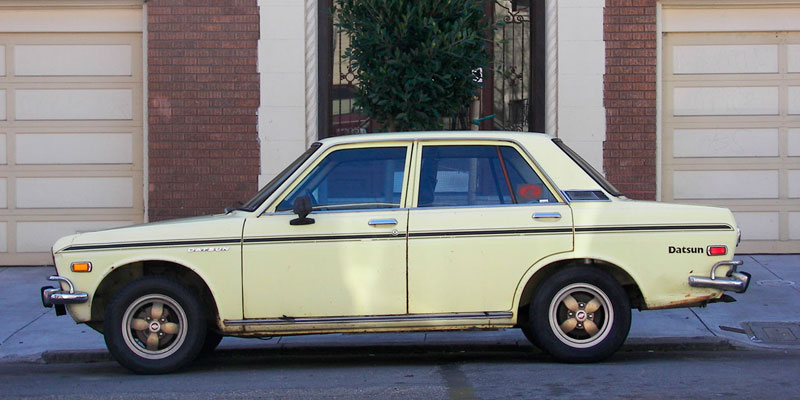 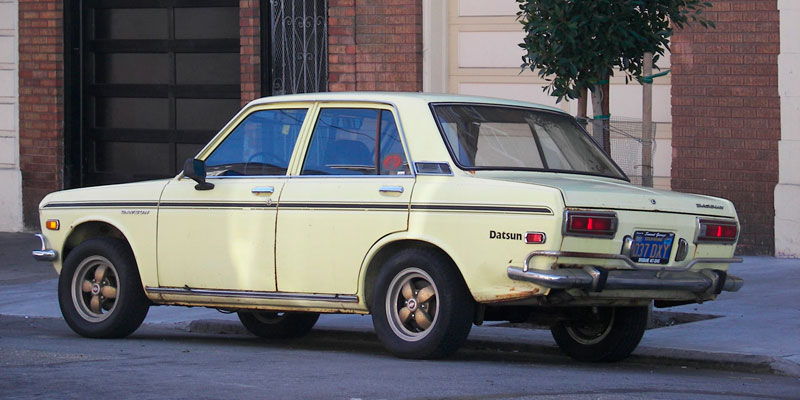 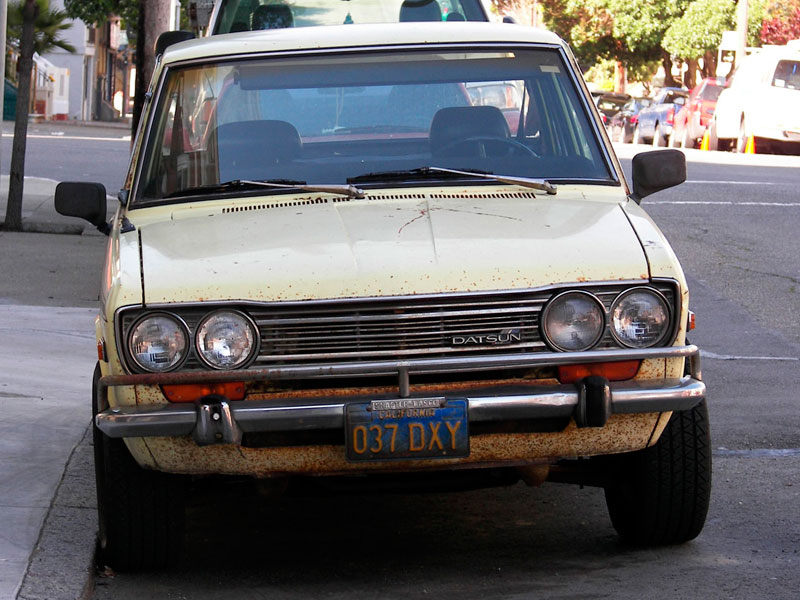 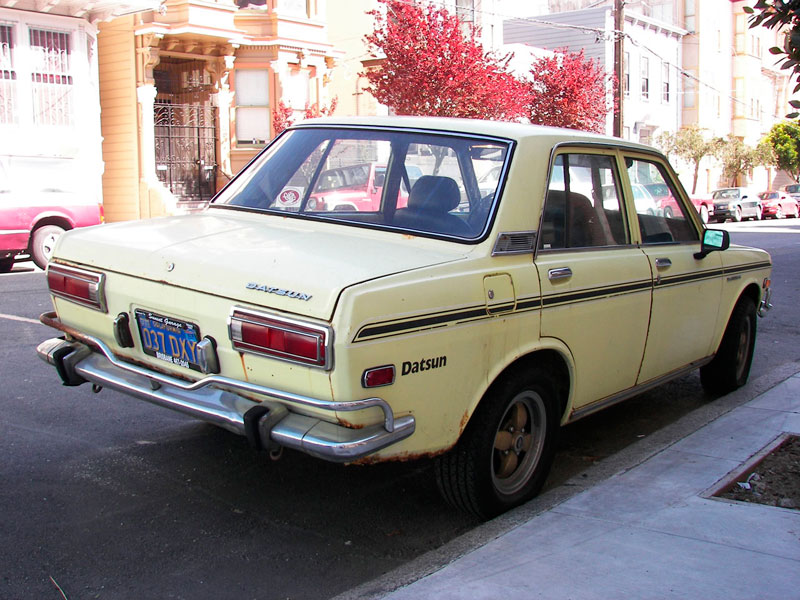 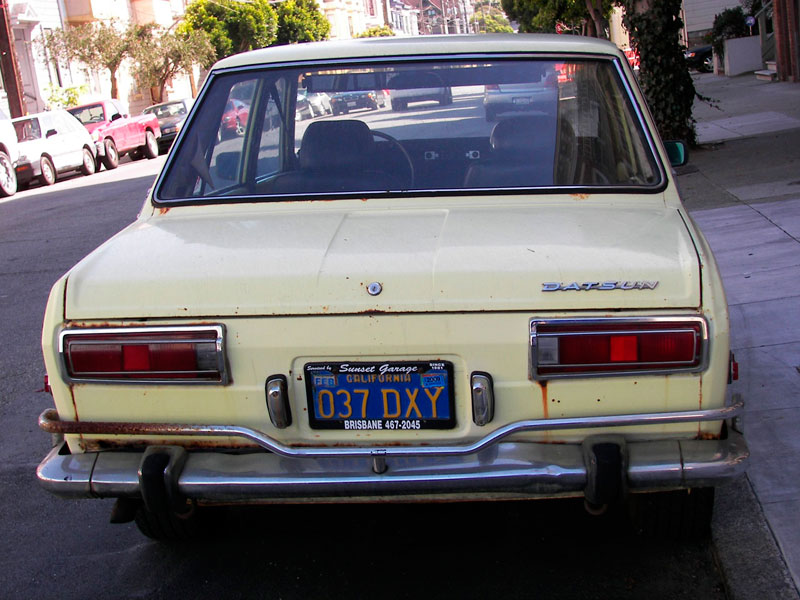 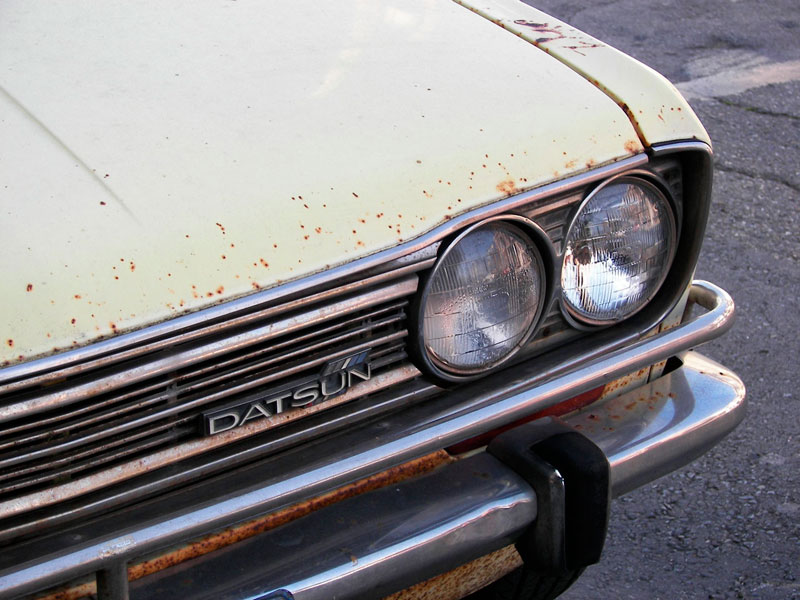 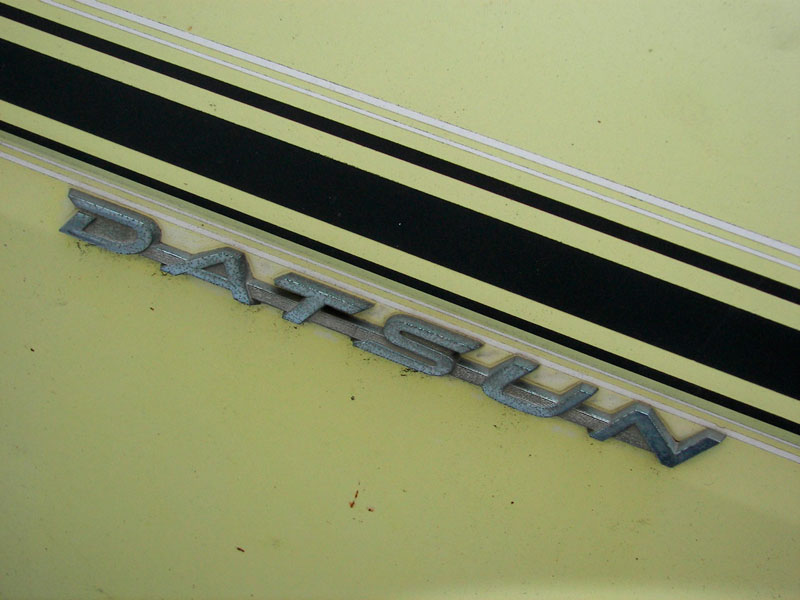 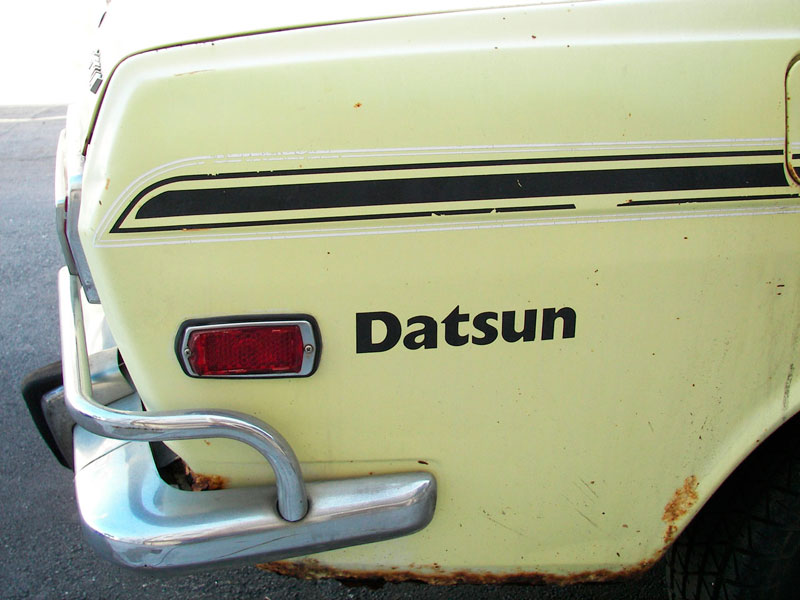 These cars have a cultlike following due to their success in rallying and racing. 510s are commonly used for autocrossing as well. They're very popular for powertrain swaps since many higher-spec Nissan engines and transmissions practically bolt right in. Because of this, many 510s were worn out or destroyed, making clean stock examples pretty hard to find.
This 510 sedan is a fairly early one, 1971 at the latest, going by the original license plate. It features the anti-glare windshield and redesigned side markers made standard in 1970. It wears a yellow paint scheme with black and white side striping and black "Datsun" quarter panel stickers. This, combined with the gold 4-spoke wheels, probably made it a snappy-looking little car back in its prime. Unfortunately, a life out on the coast hasn't been kind to it. The body is straight but rock chips have exposed the metal to 40 years of salt air and caused significant rust. It's a really cute little car and I'm sure it would be fun to drive assuming everything is mechanically sound. I'm scared for the body, though. Hopefully the deterioration will be stopped before it's too late.
Posted by Jay Wollenweber at 9:29 PM