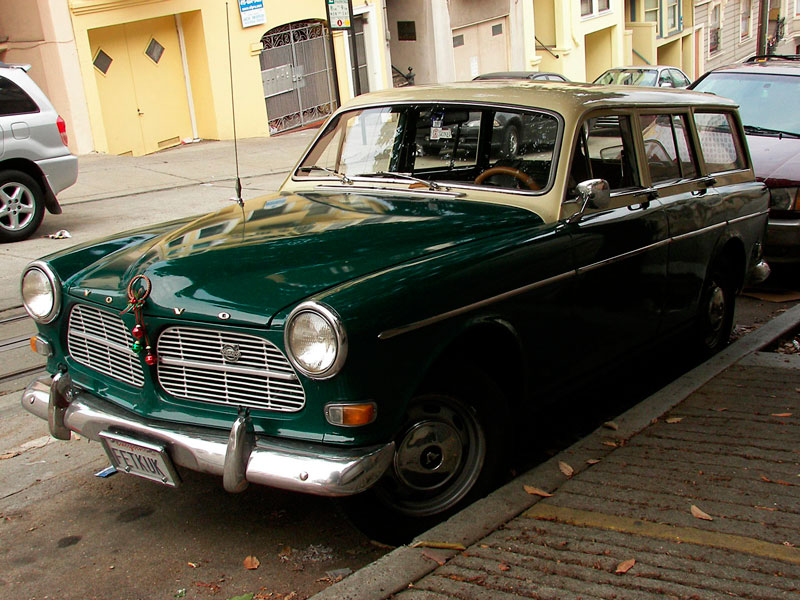 Another interesting case of a foreign manufacturer copying a successful design is Volvo with its Amazon line of cars. Their split grille, single headlights and slight tail fins were inspired by 1950s Chryslers, albeit scaled down quite a bit. The design is also said to have been inspired by a Kaiser that somehow made it to Sweden (but I haven't seen very many Kaisers that looked anything like a Volvo Amazon). 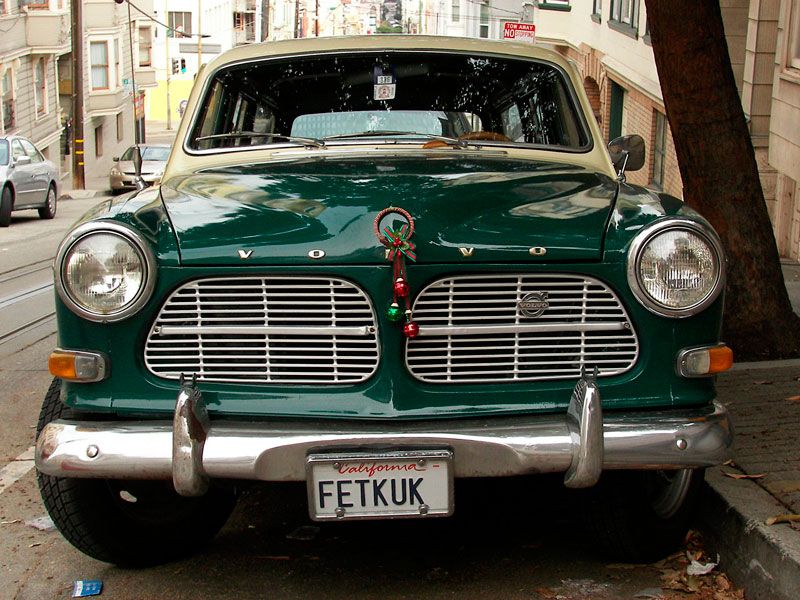 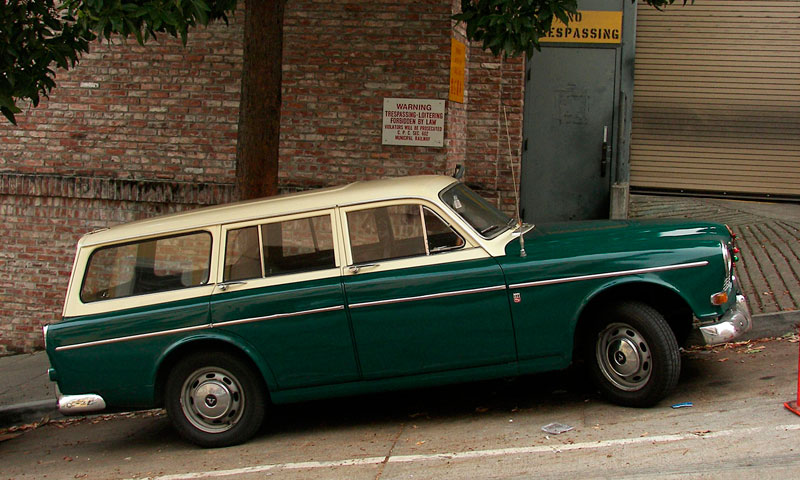 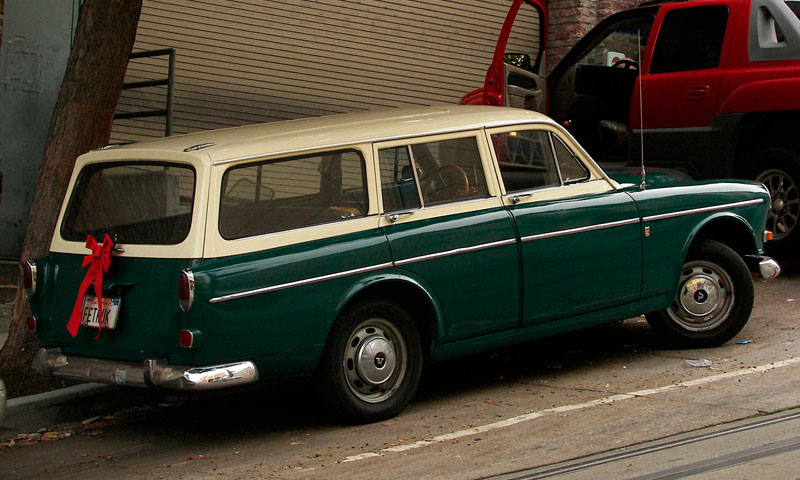 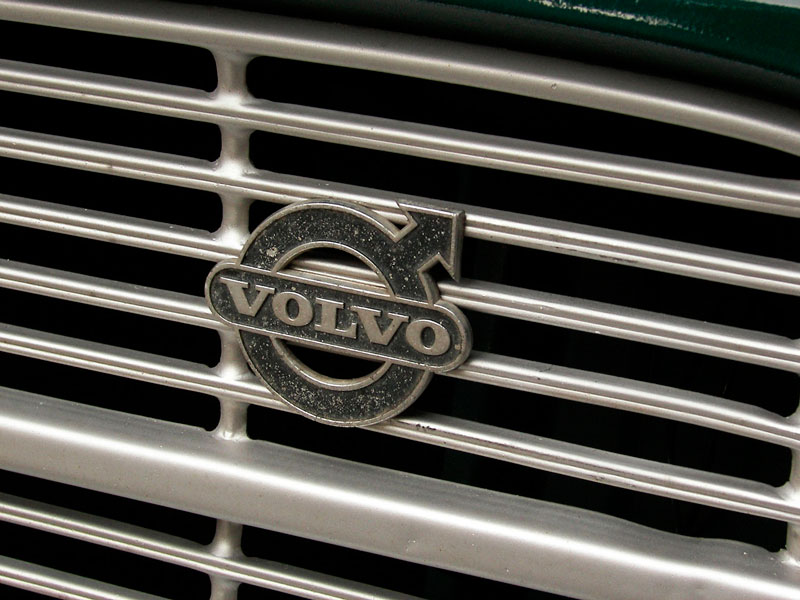 The Amazon was introduced in 1956 and built through 1970. It was intended to replace the PV series (a car that bore a passing resemblance to a 1942 Ford), but ended up being sold alongside it until 1965. Both cars shared the same wheelbase and powertrain. Power came from the B16 1.6 liter 4-cylinder engine, and later the B18 and B20 fours. Transmission choices were a 3- or 4-speed manual, or a 3-speed automatic. The automatic was only available after 1964 (and only in 1967-68 on wagons).
Amazons came to the United States as the 122. A performance model with dual carburetors, called the 122S, was introduced in 1958. It was available as a two- or four-door sedan, and starting in 1962, as a station wagon. The 122S produced 85 horsepower.
This car is a 1965 or 1966 Volvo 122S Station Wagon. Since so few design changes were made during the 1962-69 production run, it's difficult to spot year-to-year differences. This car also has a modern license plate, so I can't estimate its age based on plate number. It has no side markers, dating it before 1968. It has the older grille, making it pre-1967. It also has the small "122S" fender badging that was used starting in 1965. The final clue, which for me is a guess, if the driver side door mirror. I've seen pictures of 1965 122 wagons with this elongated mirror, and all 1966 wagons I've seen seem to have a round mirror. And yes, I did shoot it around Christmas time.
It's a fine example, one of the cleanest I've seen in the area. Only about 73,000 wagons were made, accounting for roughly 11% of total Amazon sales. So it's a pretty rare find in this condition. These old Volvos are fairly common in San Francisco, usually well worn and beaten and typically the sedan body style. Cars with straight, rust-free bodies like this are rare, making me wonder if and when this one was restored. I like the paint scheme. Curiously, it's missing a small chrome hood spear that most other 122s have. It needs the chrome replated on both bumpers and a little bit of black touch-up on the grille badge before it can be called perfect.
Posted by Jay Wollenweber at 5:26 AM