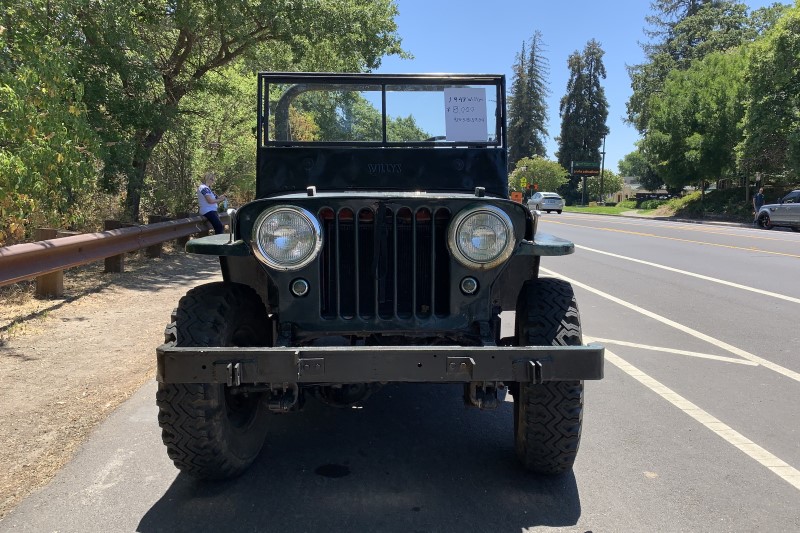 November 11 marks the Veterans Day holiday in the United States. Unfortunately I don't have any military vehicles in my archives to commemorate the day, but here is the next best thing. It's one of the earliest examples of a civilian Jeep, a Willys CJ-2A. 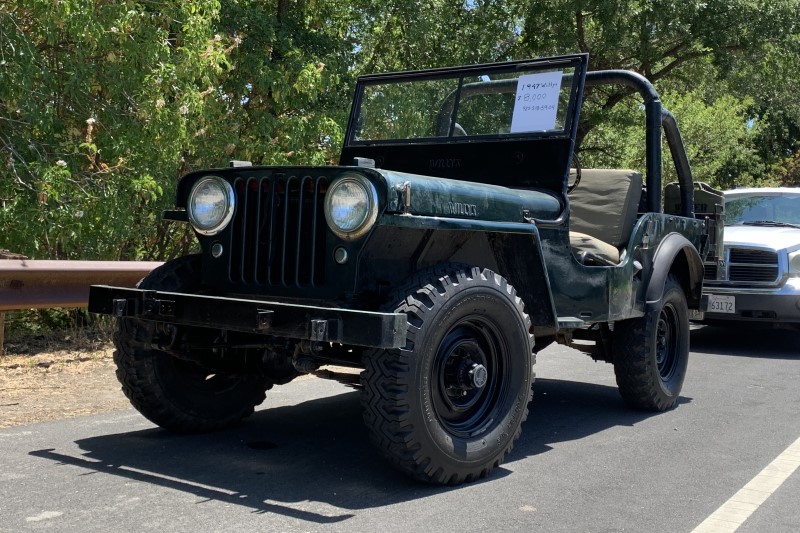 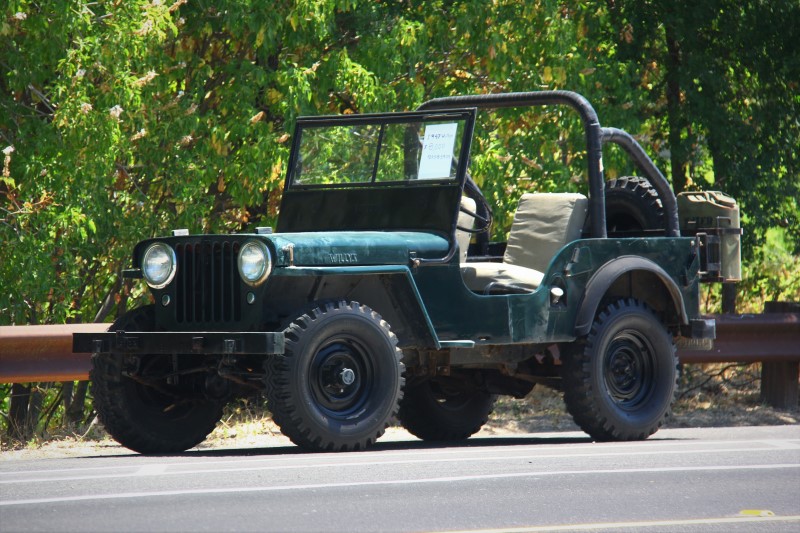 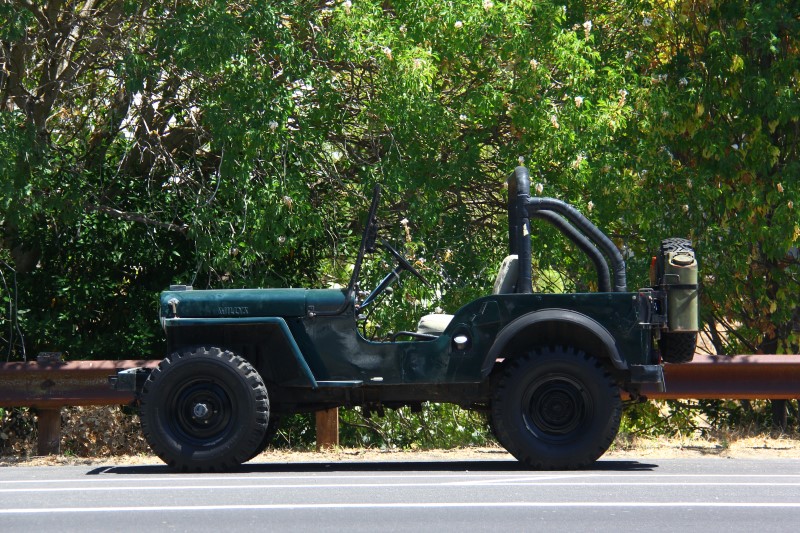 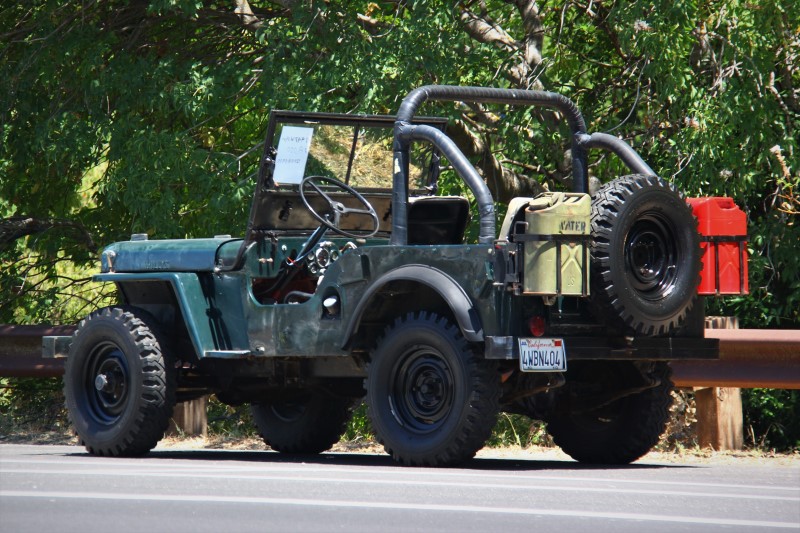 The Willys MB is recognized the world over as an icon of World War II. Produced in large numbers for the Allied war effort by Willys-Overland and by Ford as the GPW, the tough little "Jeep" with its 60 horsepower Willys Go-Devil four-cylinder engine gained a solid reputation as a go anywhere, do anything vehicle. Many survived the war and found their way into the hands of ex-servicemen and civilians alike. Long before the sport utility vehicle cursed the American landscape, a four-wheel-drive truck was more akin to a farm tractor than a family car.

As such, Willys developed the wartime Jeep into a marginally more civilized package aimed at ranchers, farmers and other commercial applications requiring a compact, capable off-road rig. The company produced several early prototypes adapting the MB into the CJ-1 and CJ-2, also called the AgriJeep for its intended role in agricultural applications. In the days after the war ended in 1945, Willys ramped up production of its new CJ-2A. 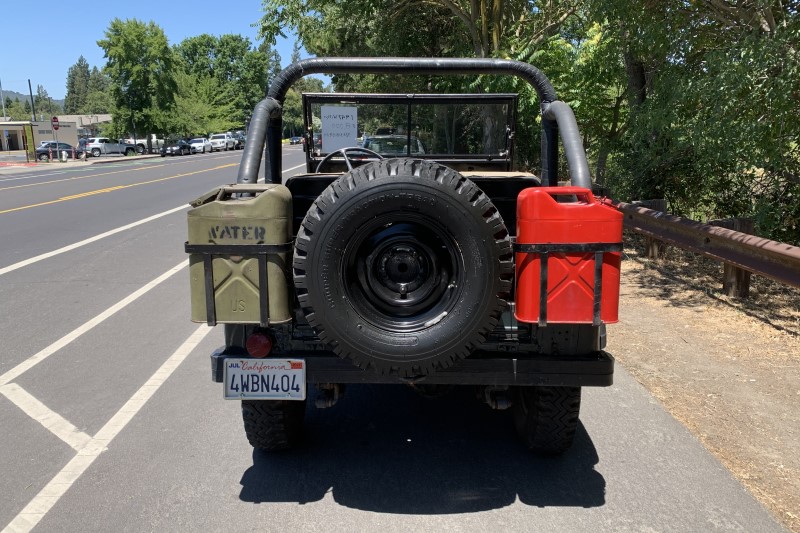 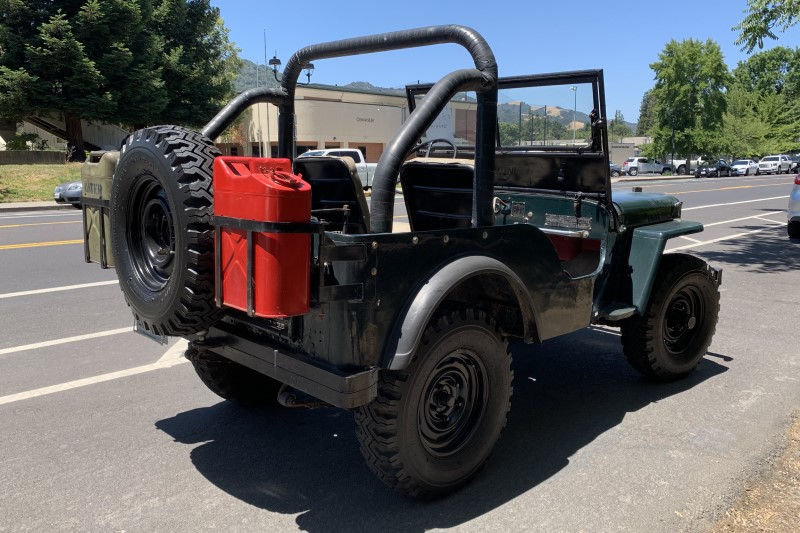 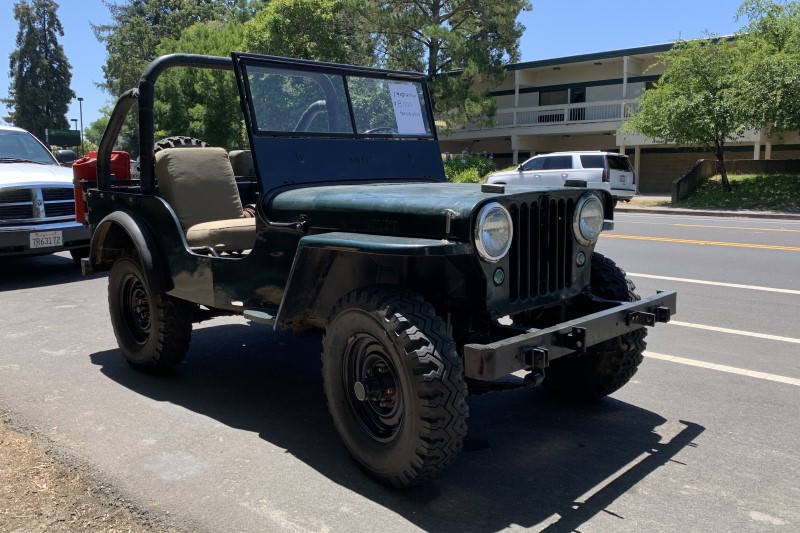 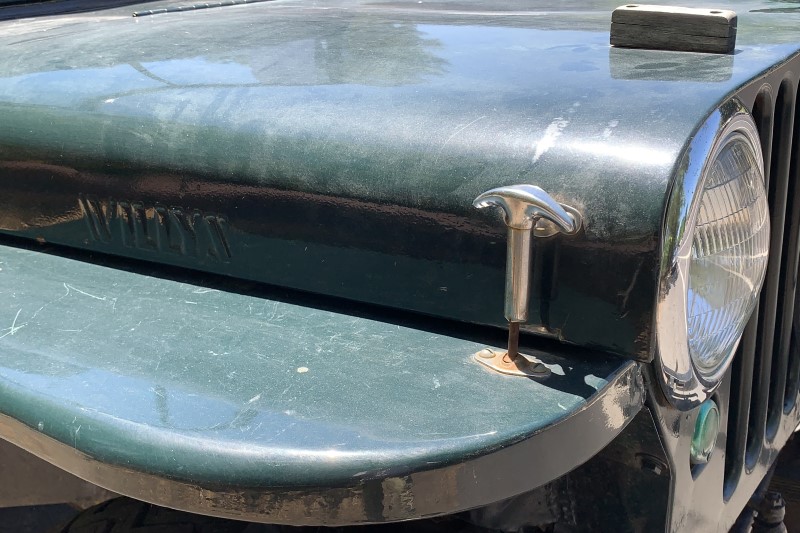 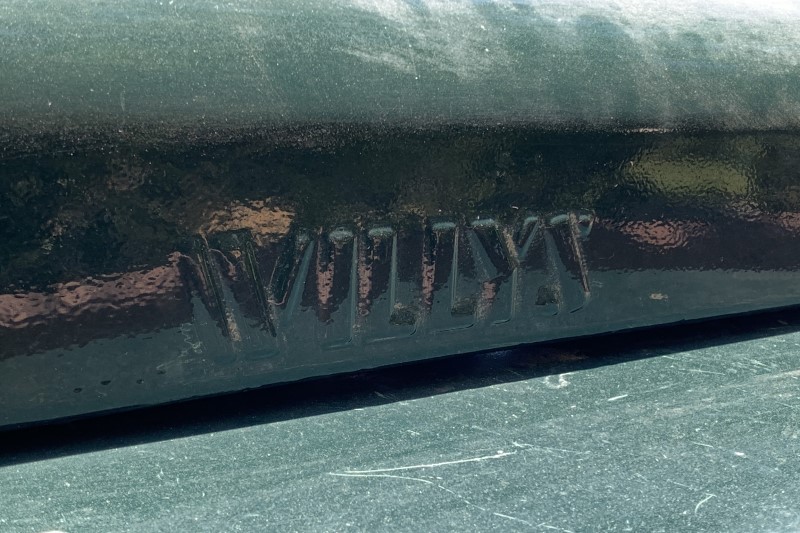 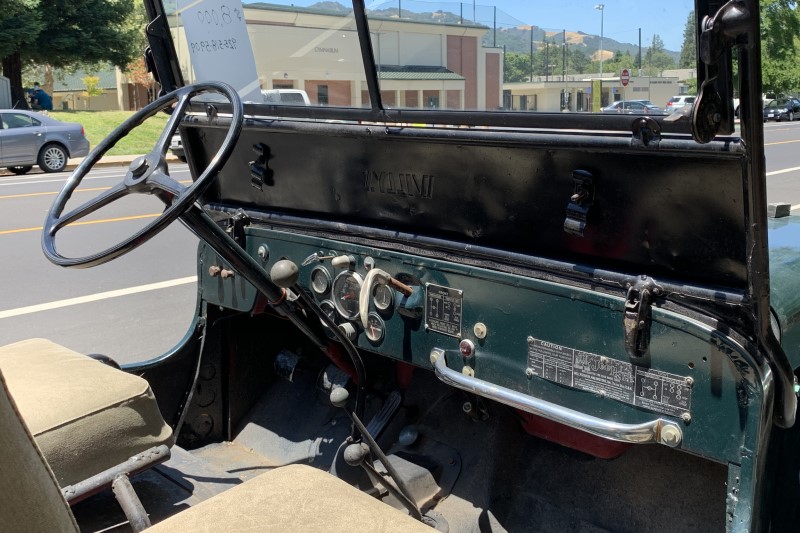 The CJ-2A featured a fresh face with larger headlights and a smaller grille, designed with seven grille slots in place of the nine seen on the military Jeep. This seven-slot grille would become a perennial Jeep trademark. It was offered with a host of usable options from winches and other farming apparatus to extra mirrors, lights and heavier-duty springs. A full range of cheerful colors were offered in stark contrast to the olive drab so iconic on the Willys MB. 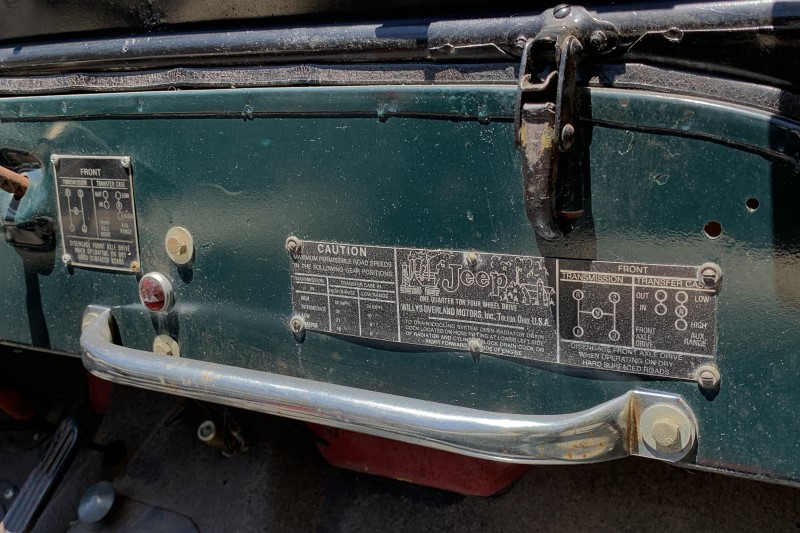 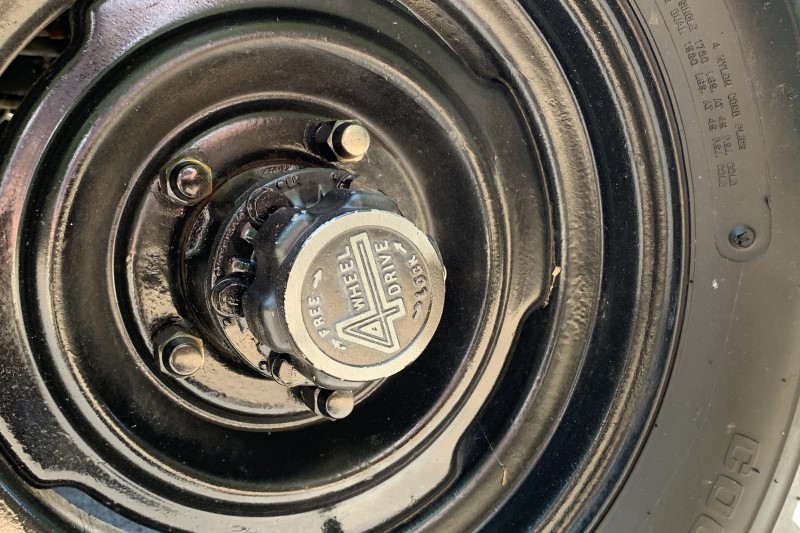 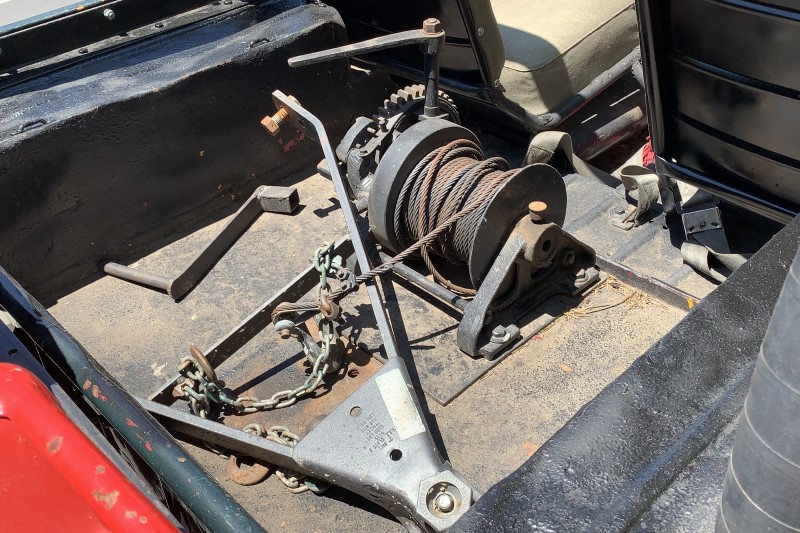 This little Jeep is looking cool in a deep green hue with black steel wheels. It features chunky truck tires and a beefy roll bar to afford its occupants some modicum of protection. A rack on the rear carries the spare wheel and a pair of jerry cans for water and fuel. A winch is mounted to the floor behind the seats. Everything about the vehicle is utilitarian, even the plaque on the passenger side offering information on operating the transmission and transfer case. It also explains the safe operating speeds for each gear in high and low range. The seller was looking for $8000, perhaps a princely sum for a four-wheeler that's a bit rough around the edges. But it is also a 70-year-old classic that has stood the test of time. And if you're going to bounce over some rocks and brush out to the lake, you probably don't want to do it in a truck so nice you have to worry about scratches. It looks like fun.