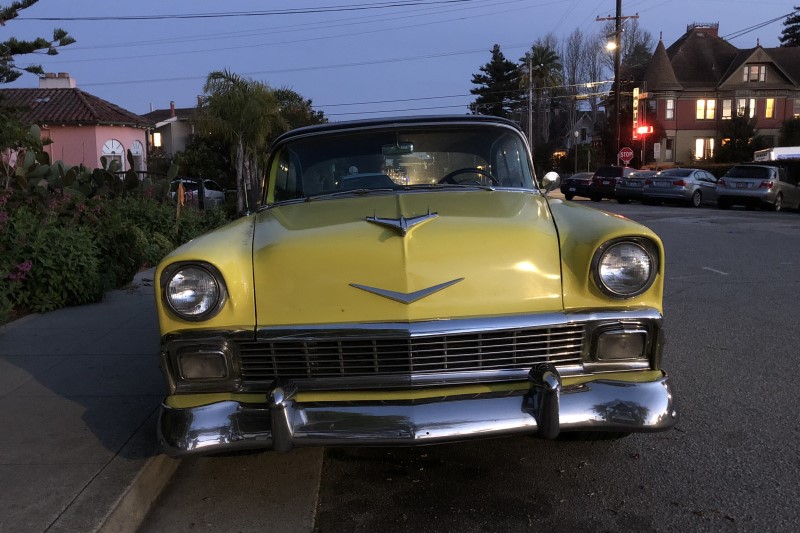 As I always like to say, when in doubt, Tri-Five. I've been slow in posting again here, so today we're looking at a 1956 Chevy Bel Air hardtop. 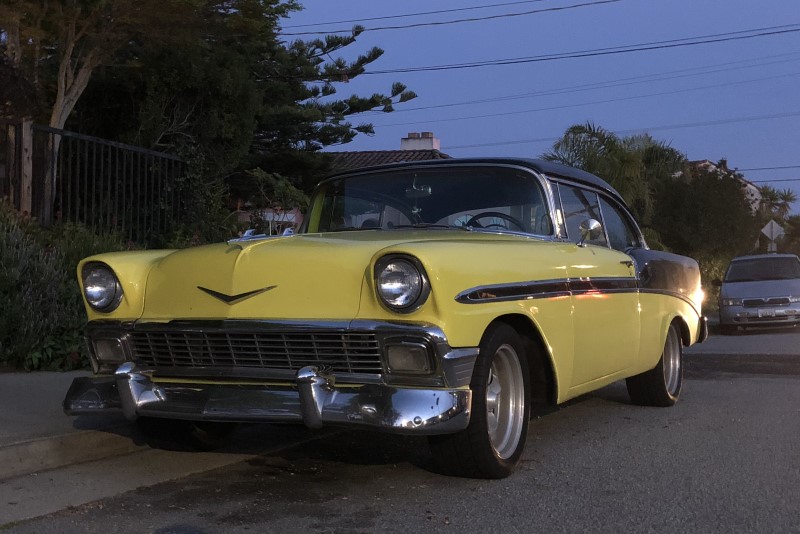 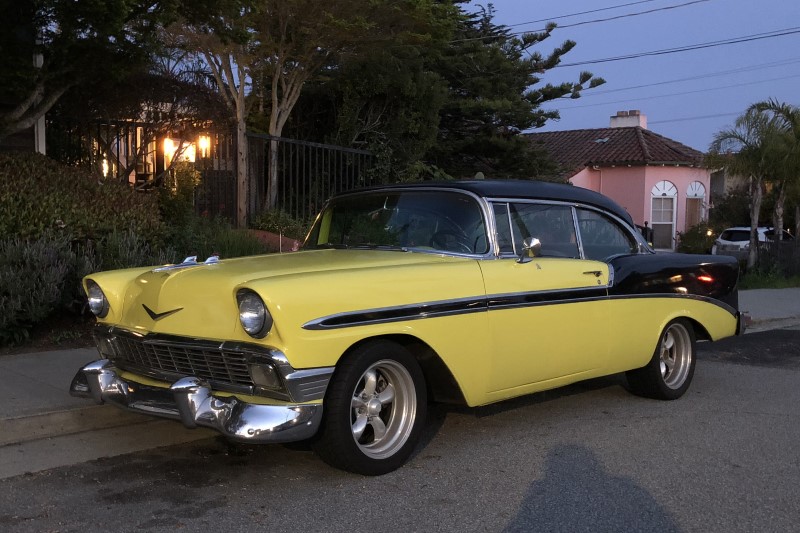 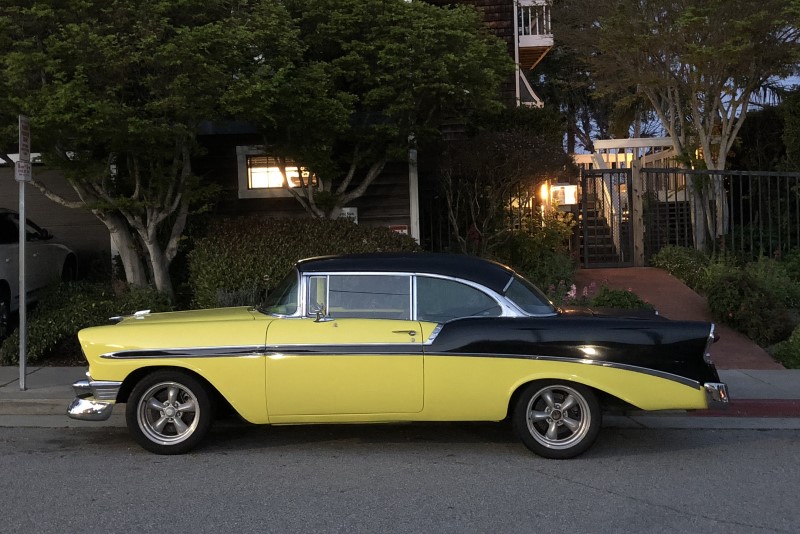 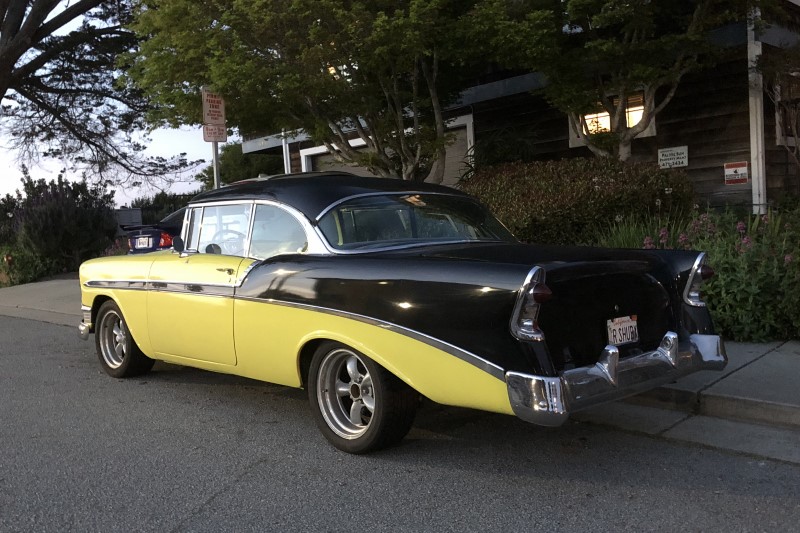 I've featured a decent number of 1955-1957 Chevrolets on California Streets over the past decade. This one is not the first Bel Air coupe we've seen, but it is the first 1956 Bel Air coupe to make an appearance here. This car was a nice surprise. I was leaving the Santa Cruz Beach Boardwalk after doing some mini golf there with my friend and my mother for my birthday. It was a nice evening so we decided to walk the high route up over the hill to get back to our car parked downtown. By sheer coincidence we ran across this yellow and black Bel Air near the stairs at the end of Cliff Street. Even in a place as eclectic as Santa Cruz, a yellow and black '56 Chevy still stands out. 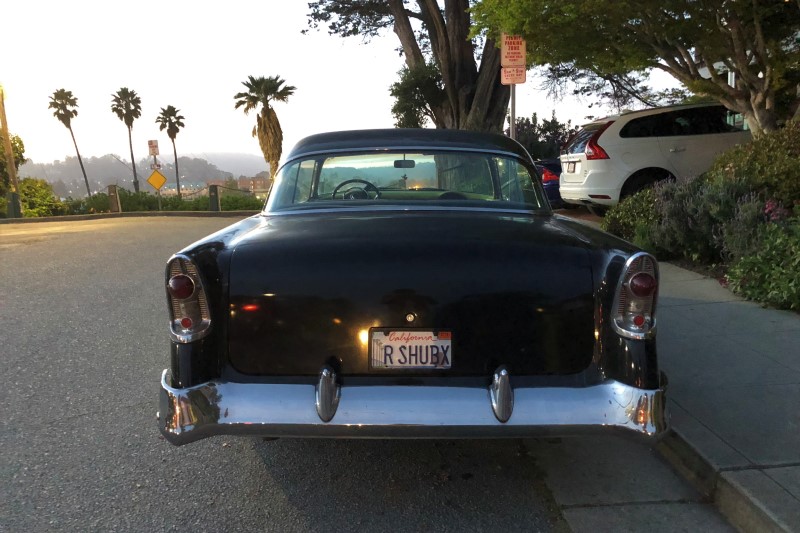 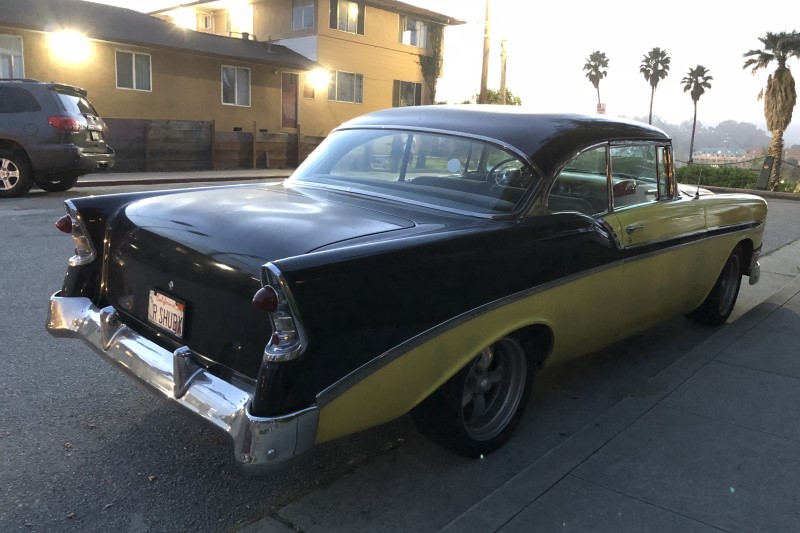 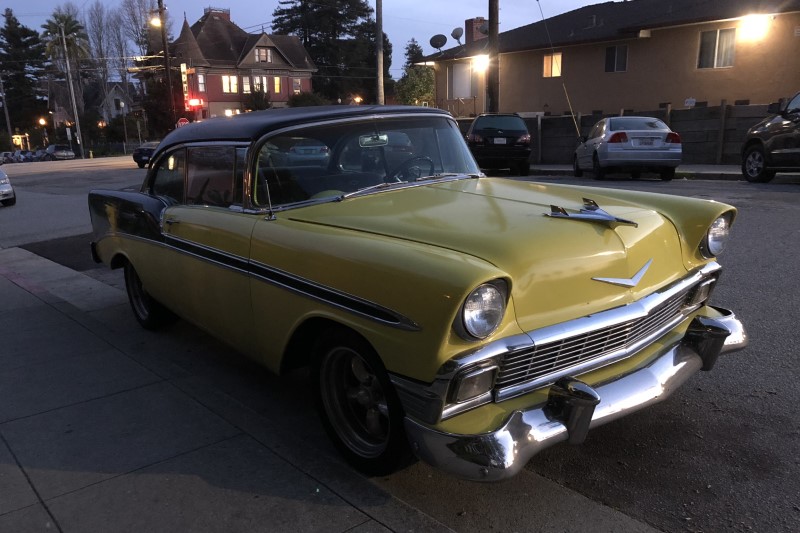 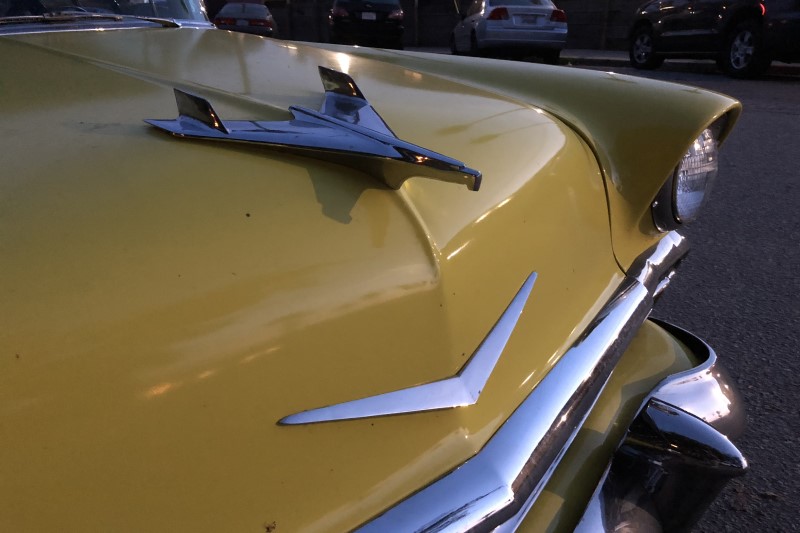 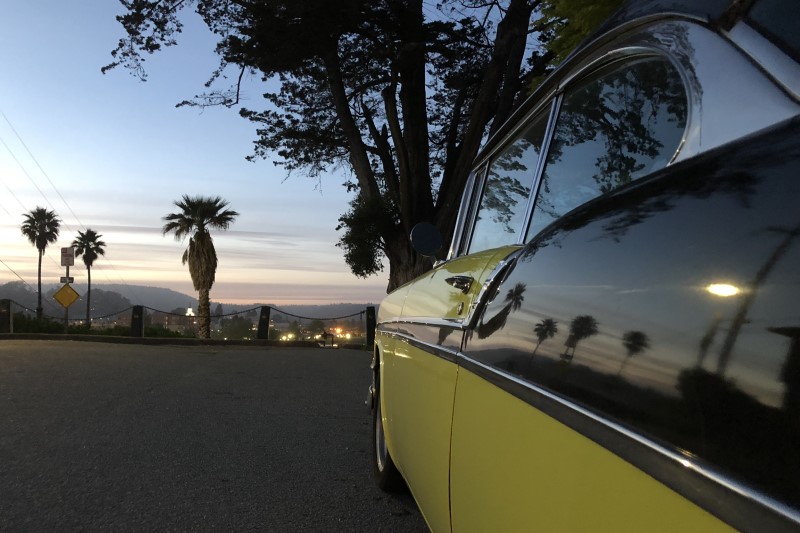 These cars run the gamut from blown drag cars with one-piece fiberglass tilt front ends to investment-grade, 100-point concours restorations with every period accessory. You can pretty much build them from a blank slate into whatever you want. Many are done up a lot like this one, with a stock body and most of the factory brightwork in place, but the owner's choice of larger wheels and performance radial tires. The American Racing Torq Thrust wheel has been a popular choice for decades, more recently I've noticed the Torq Thrust II has become big on these cars. This one has had the Bel Air script badges removed, but all other Bel Air-specific side trim is intact. I'll give it the benefit of the doubt that it's not a 210 with upgraded trim.

Part of what drew me to this car was the color combination. I'm so bored of the traditional paint schemes on these. Robin's egg blue, turquoise, red or black with a white secondary trim, they all look nice but they've been done to death. Crocus Yellow and Onyx Black was a factory color combo that I think is rather snappy and gives the vehicle a tougher appearance. Admittedly the light was getting rather dark, but this yellow seems a slightly more intense shade than the light pastel color that is Crocus Yellow. At the time I just assumed it was a custom paint mix to the owner's taste that suited the muscle-car rolling stock.

This vehicle looks like it's a driver, a car built to be enjoyed and go to places like Santa Cruz without worrying about rock chips and resale value. Garage queens are nice to look at, but wouldn't you rather drive it?