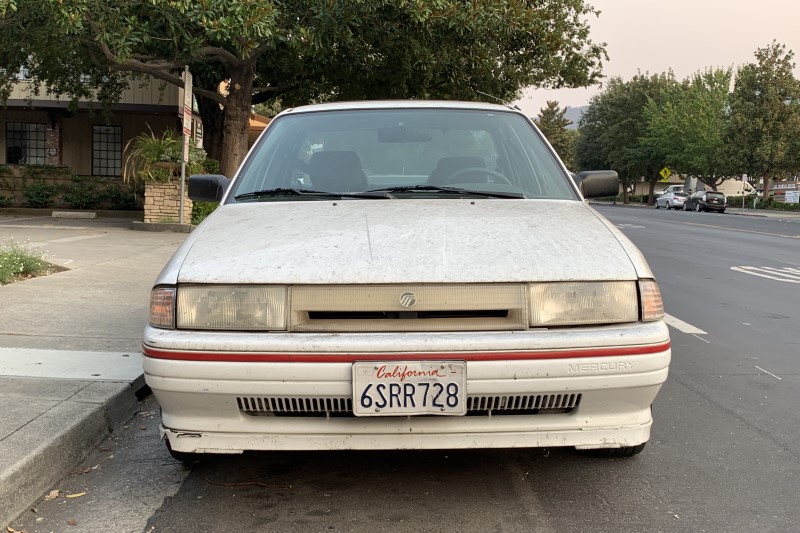 Riddle me this: What makes a car "special"? What makes a car "sporty"? Where do we draw the line on what makes a vehicle interesting enough to document and preserve? How does rarity figure into the equation and should cars be saved simply because they're rare? For your consideration, today we're looking at a 1995 Mercury Tracer LTS. 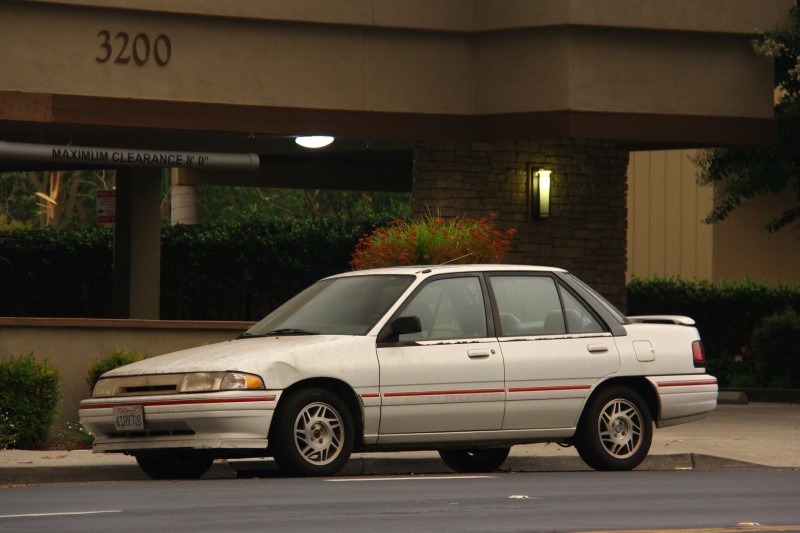 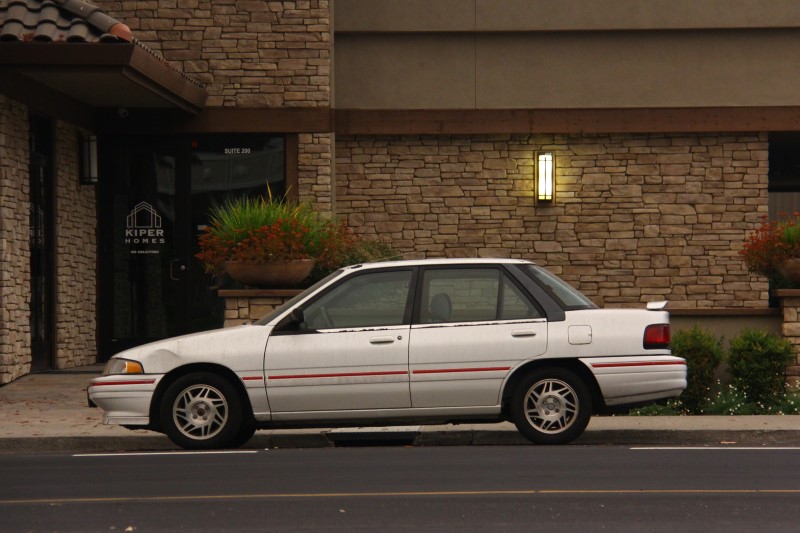 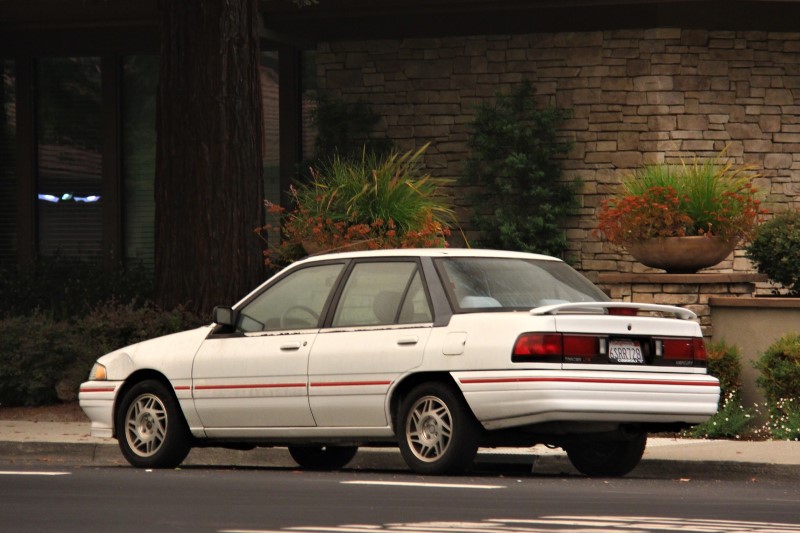 The Mercury Tracer began life as a left-hand-drive variant of the Australian Ford Laser, itself based on the Mazda 323 chassis. The Tracer replaced the old Lynx hatchback based on the Ford Escort. After 1989 the Tracer again returned to its Escort roots, and a notchback sedan version was added. New for 1991, a top trim level was added: LTS, or Luxury Touring Sedan. The LTS name was in line with the top Sable of the same year. Both "Luxury" and "Touring" were relative terms in the Tracer. Ford Escort buyers could get a GT performance model on the hatchbacks, with a 1.8 liter four-cylinder engine making 127 horsepower. A five-speed manual was standard. No Escort GT sedan was offered, but sedans could be had as a more or less equivalent LX-E model. The Tracer LTS was then based on the Escort LX-E. 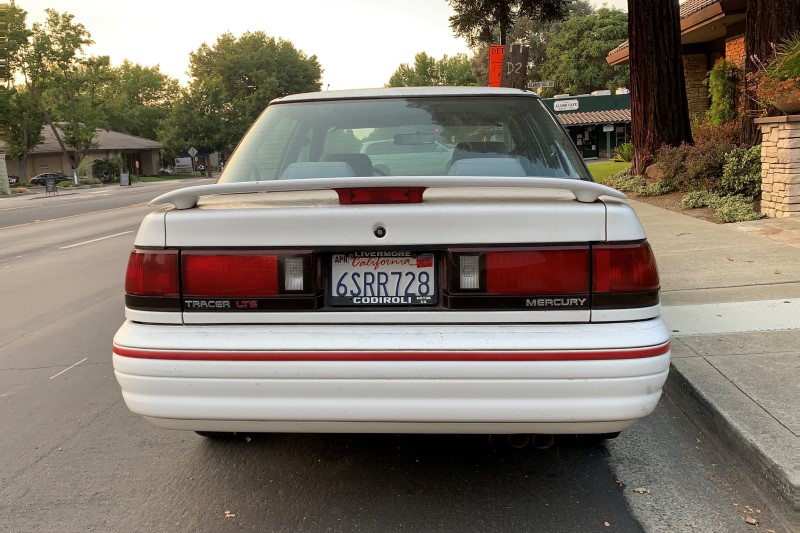 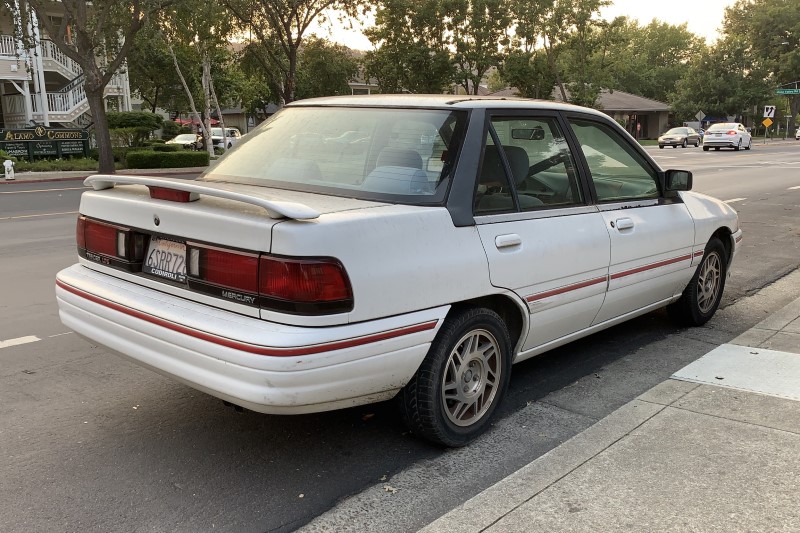 LTS models were decked out with black C-pillar trim, red rub strip inserts, special 14 inch alloy wheels, LTS badging, front air dam and a rear spoiler. Inside, buyers got a gray cloth interior with a leather-wrapped steering wheel. Luxury features included many items we take for granted today, such as a stereo tape deck or optional CD player, standard power windows, power mirrors, cruise control and tilt steering wheel. The LTS package was the only way to get a Tracer with a power moonroof, which this example has. The Touring part of the name came from the chassis. All Tracers had fully independent suspension, but only the LTS had four wheel disc brakes, with ABS optional.With only 127 hp and 114 lb ft of torque on tap, that doesn't seem like much until you consider the standard Tracer came with 88 hp and 106 lb ft. The curb weight of 2472 pounds is about 100 lighter than a modern Ford Fiesta sedan making roughly the same 120 hp. This particular car has the optional four-speed automatic transmission, perhaps trading a bit of sport for a smidge of perceived luxury. 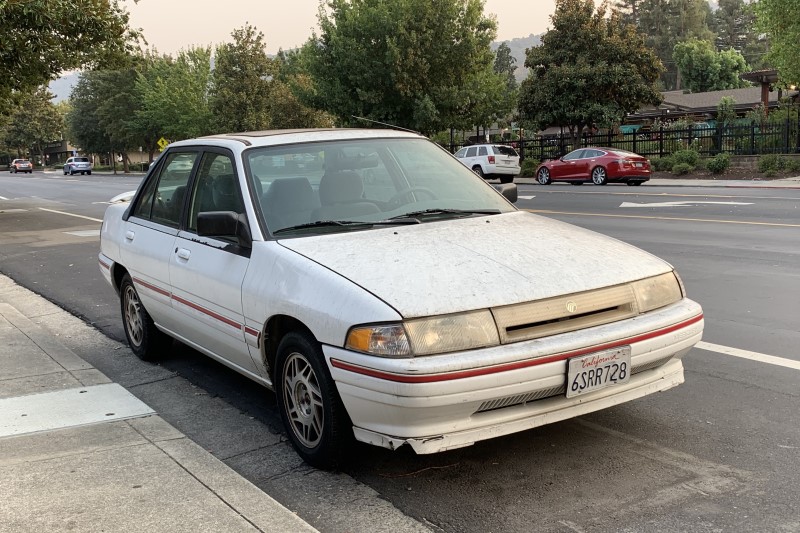 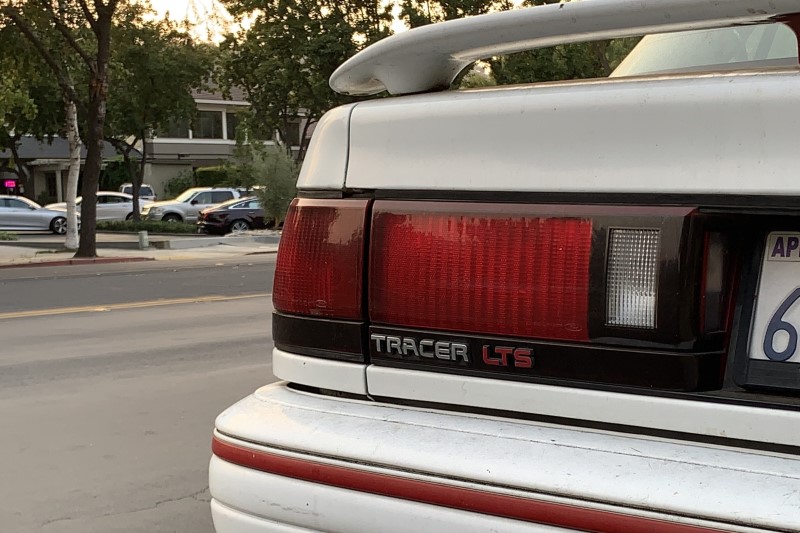 This car basically matches the vehicle depicted in the brochure to represent the LTS for 1995. Obviously the wildfire ash and accident damage aren't factory stock, but 25 years ago this was about the nicest compact car you could get from a Mercury dealer without upgrading to the bigger Mystique sedan. Only 2,319 Escort GTs were built in 1995 -- I can't find exact production information on the Tracer LTS but I'd guess that it's rarer than the GT by a decent margin. One source I found based on data from Ford and Autozone estimates "approximately 637 Tracers equipped with a 1.8" in 1995. That would indicate far fewer than 1,000 LTS models made that year. It's definitely rare and few have survived. Is it anything more than an economy beater with red stripes and mildly interesting mid-90s directional alloys? You be the judge. It got my attention as a small footnote in a sea of cheap old used cars.