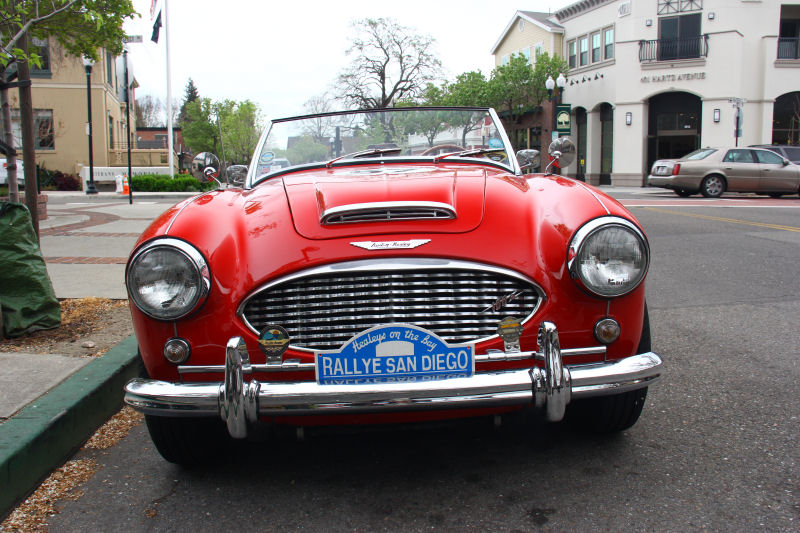 December is almost over and we're still doing red British roadsters. Might as well finish the set with the one I most enjoyed photographing. This is a 1957 Austin-Healey 100-6.
As sports cars go, it's not too difficult to find an Austin-Healey in my area. The trouble is, they're all being driven around on nice days. Not many actually stop long enough for me to do a photo shoot. This one has made a couple of appearances over the past year in downtown Danville. 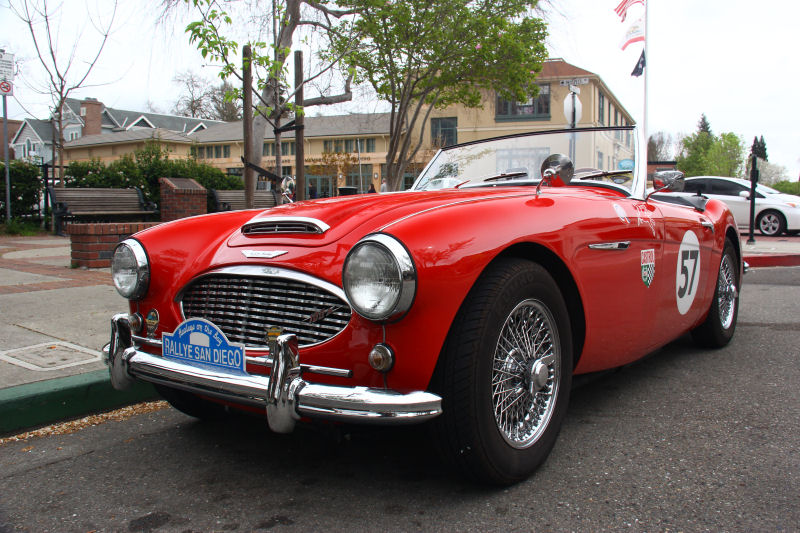 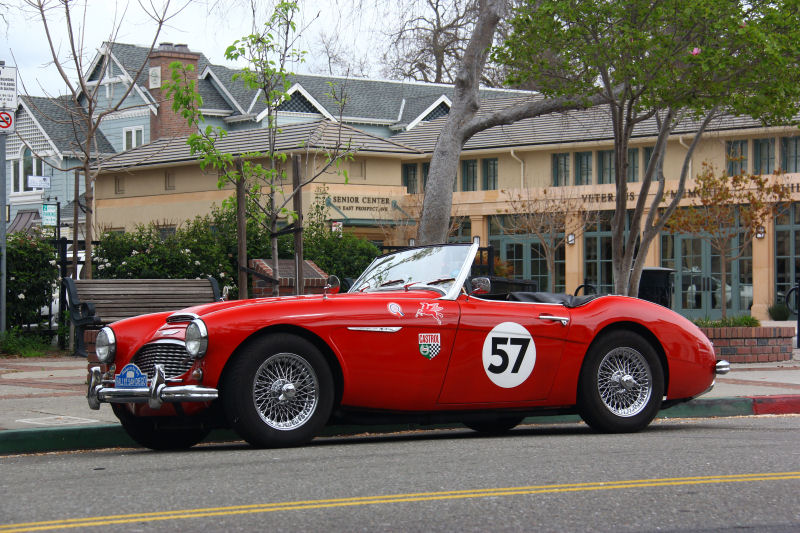 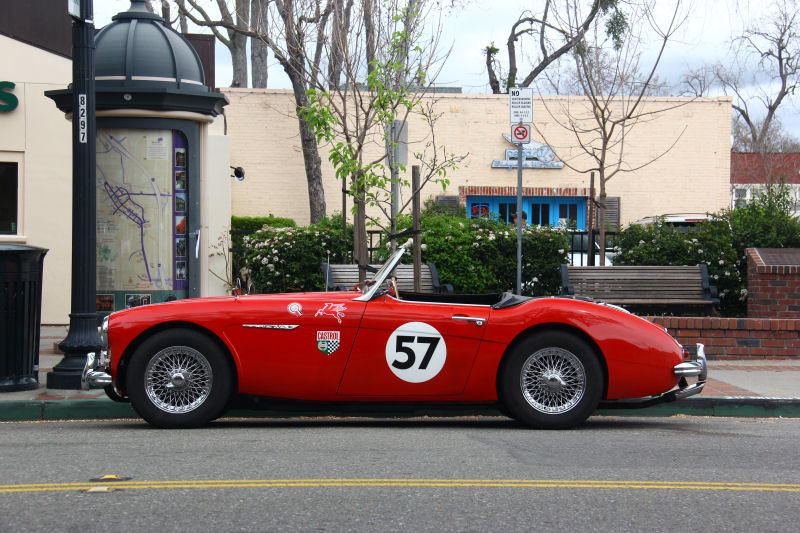 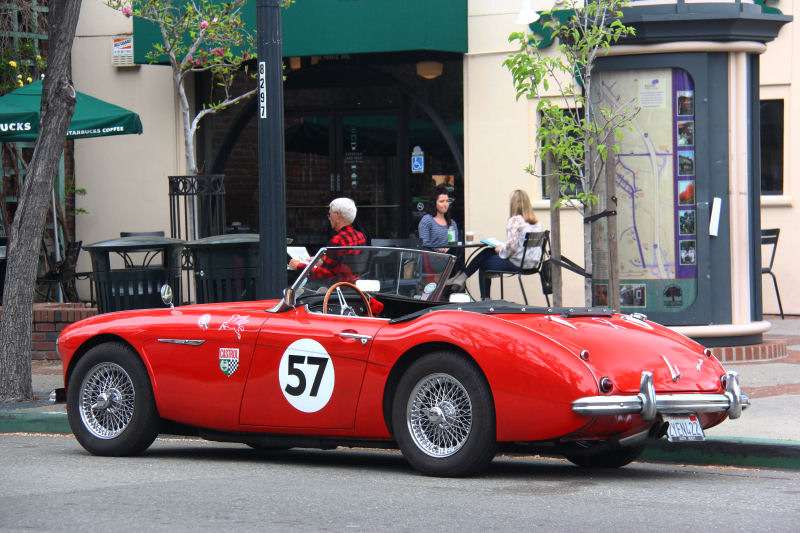 The 100-6 was an important stepping stone in the evolution of the "Big Healey" roadsters. The Austin-Healey 100 was built on the Austin A90 chassis with a much better looking roadster body. It was called the Big Healey because it was a larger stablemate to the diminutive "Bugeye/Frogeye" Sprite. The 100 name came from the car's ability to hit 100 mph speeds. The 100 was campaigned in racing and was continuously improved. Big changes came in 1956 when the wheelbase was stretched, allowing for a small back seat. The body gained a new grille and windshield, and most importantly a new six-cylinder engine borrowed from the Austin Westminster. Enter the 100-6. 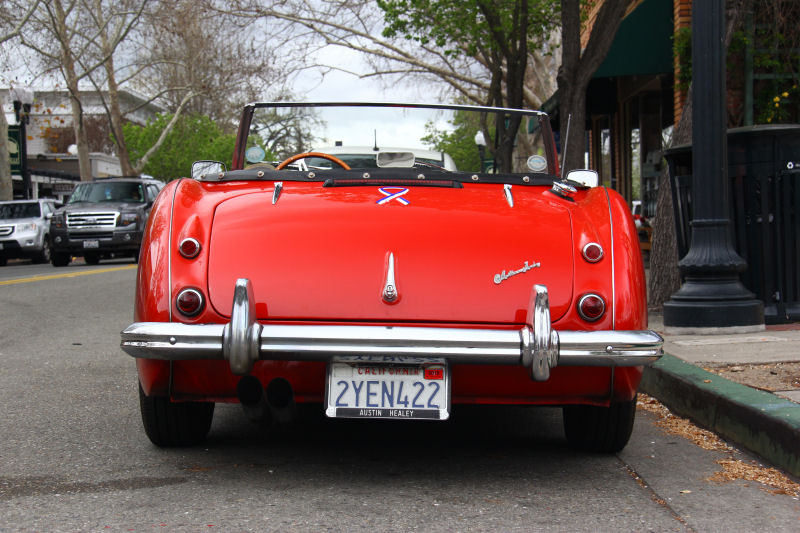 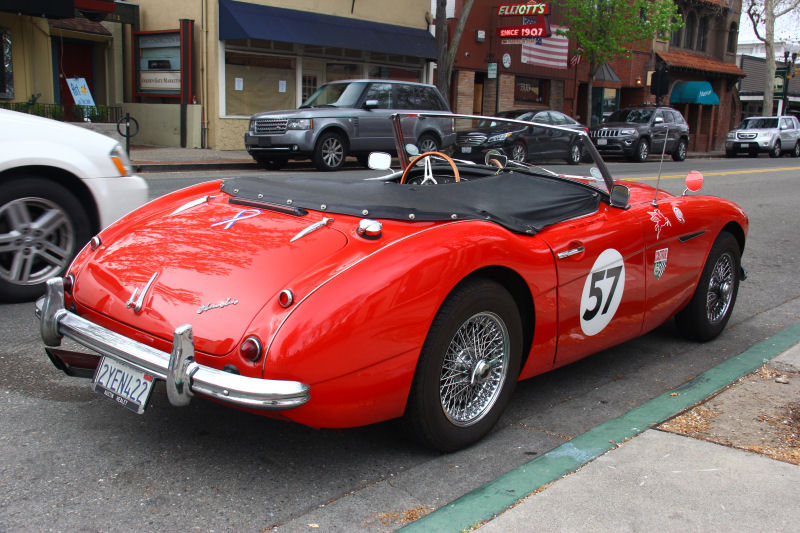 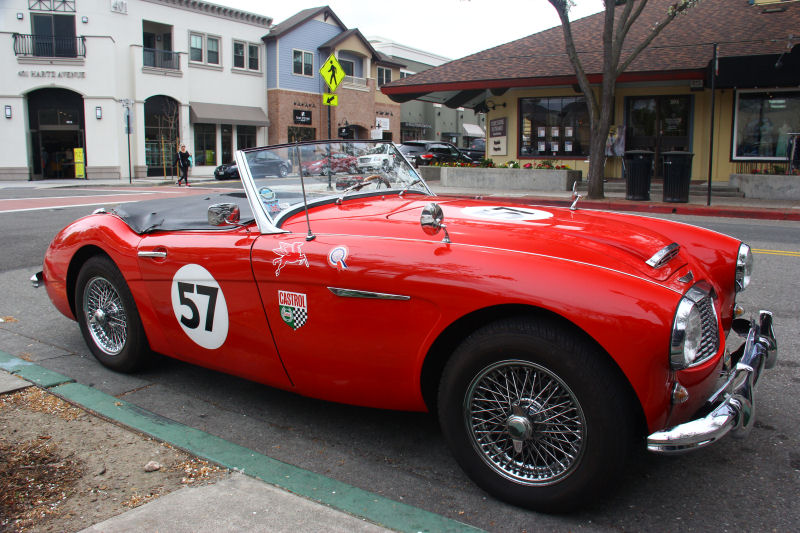 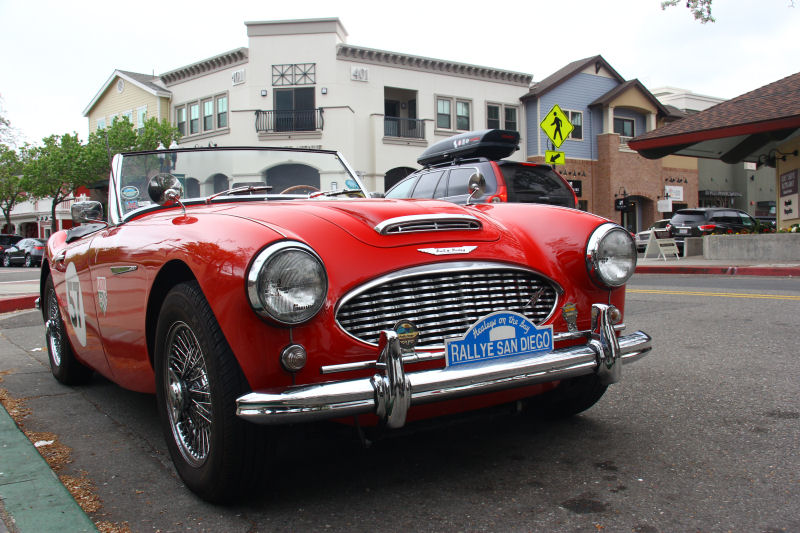 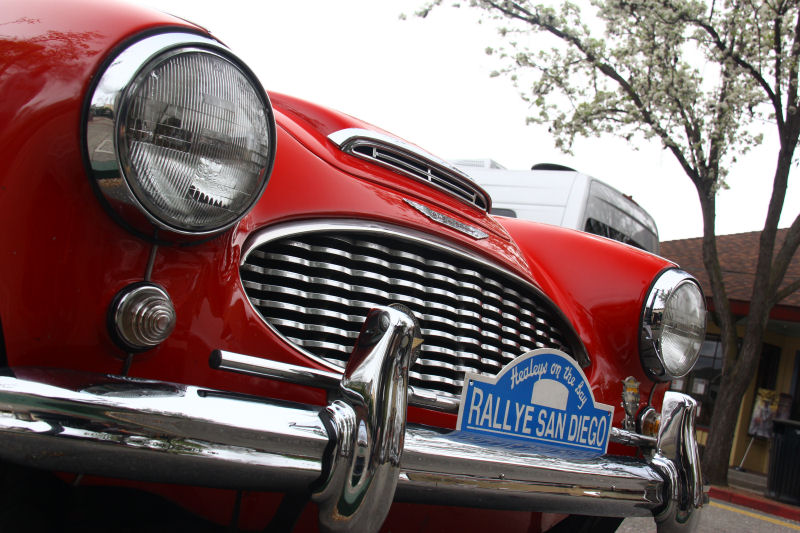 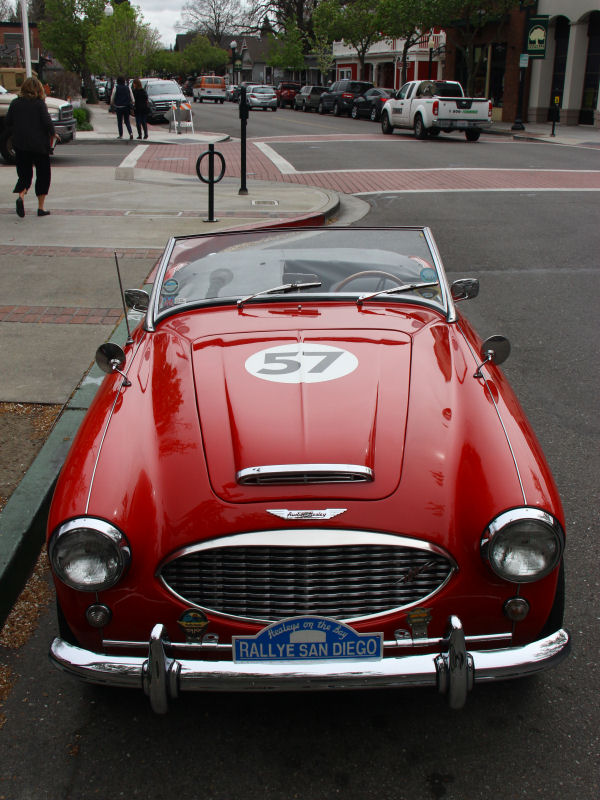 (One minor note to make. See that brown and white Dodge van in the background of the high front view shot? I see it all the time, and you'll be seeing it here at a later date.) 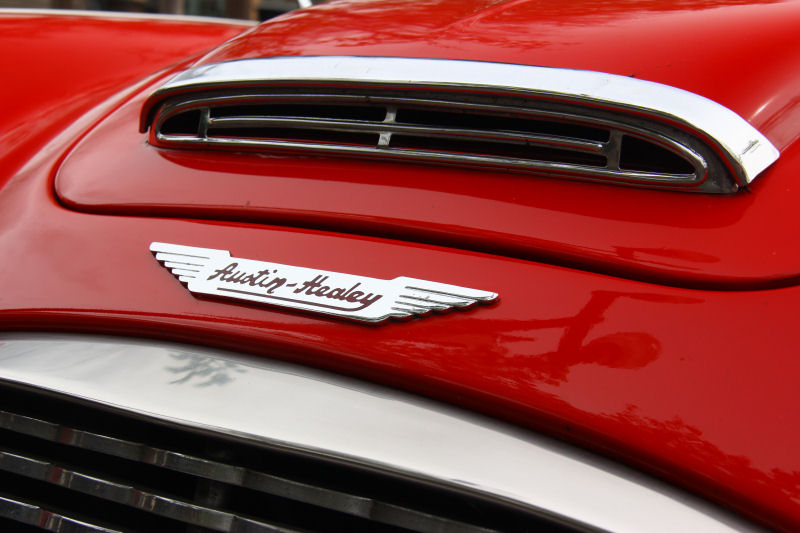 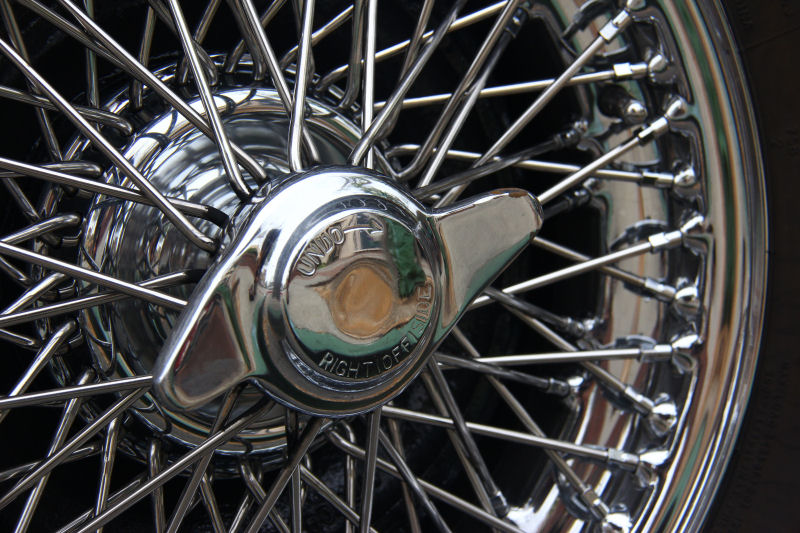 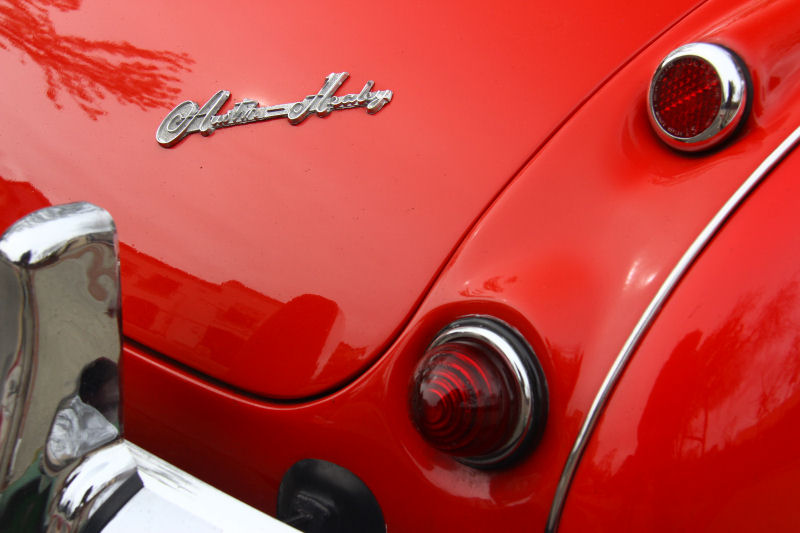 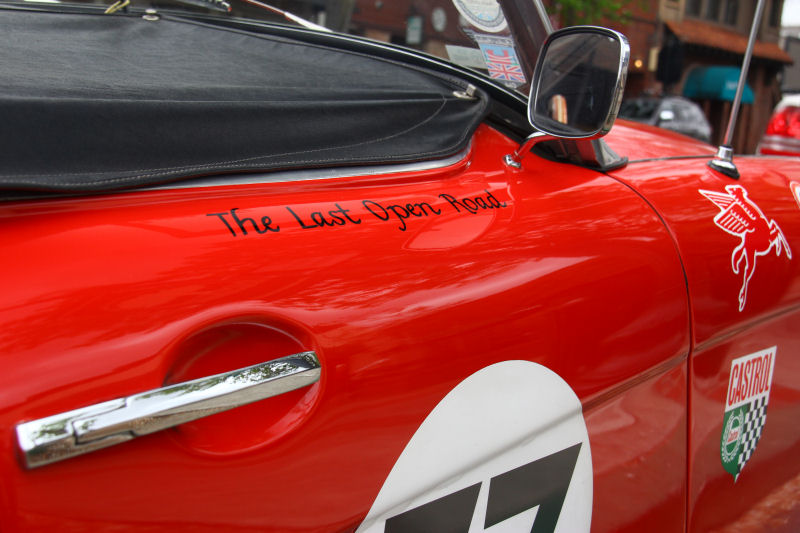 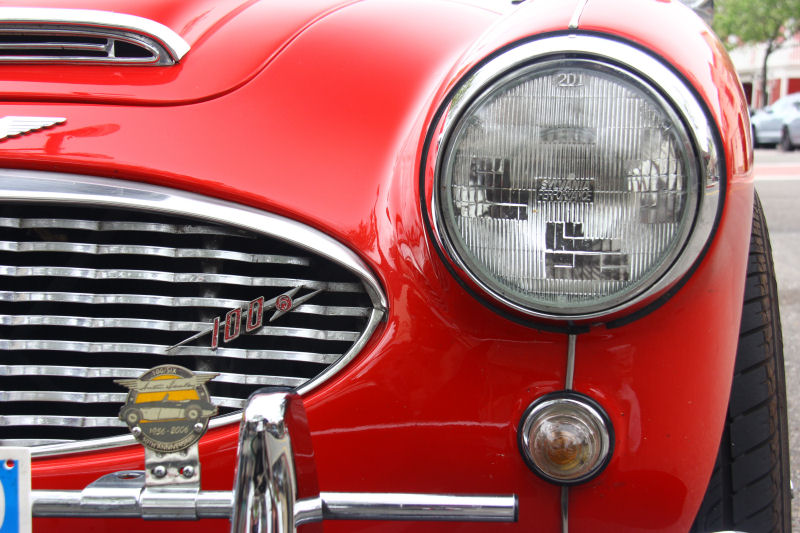 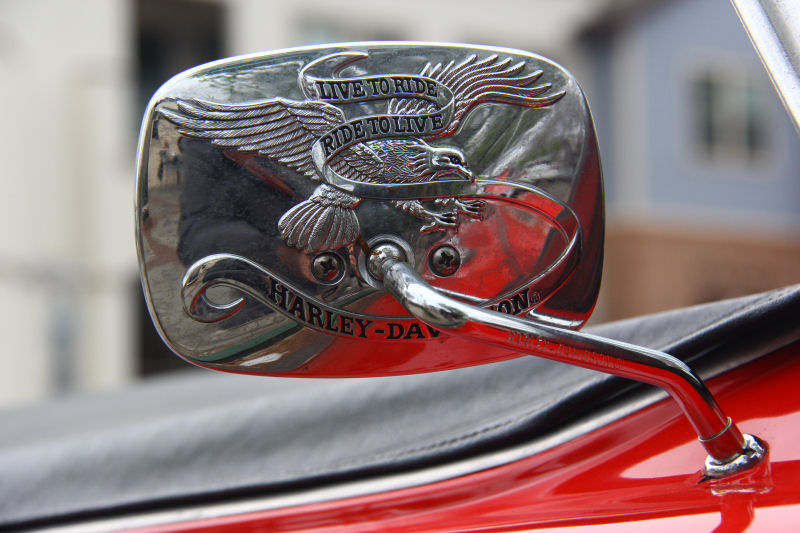 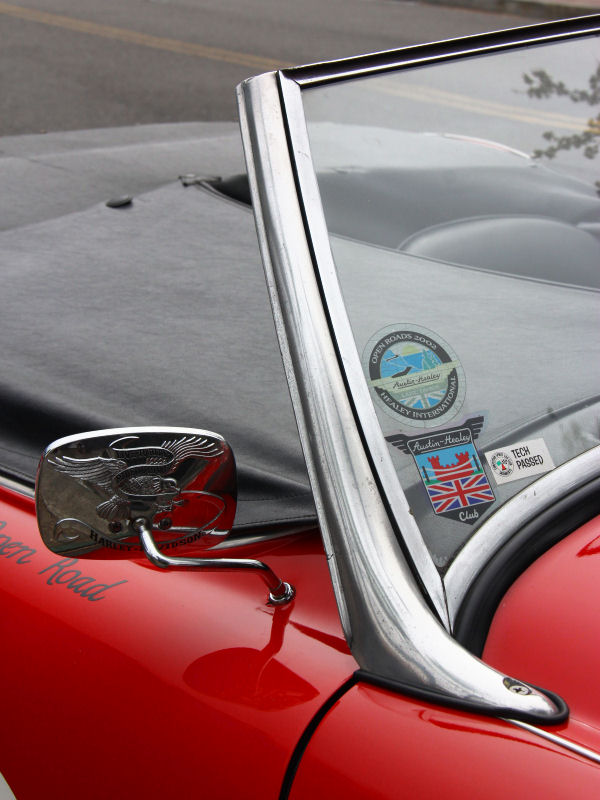 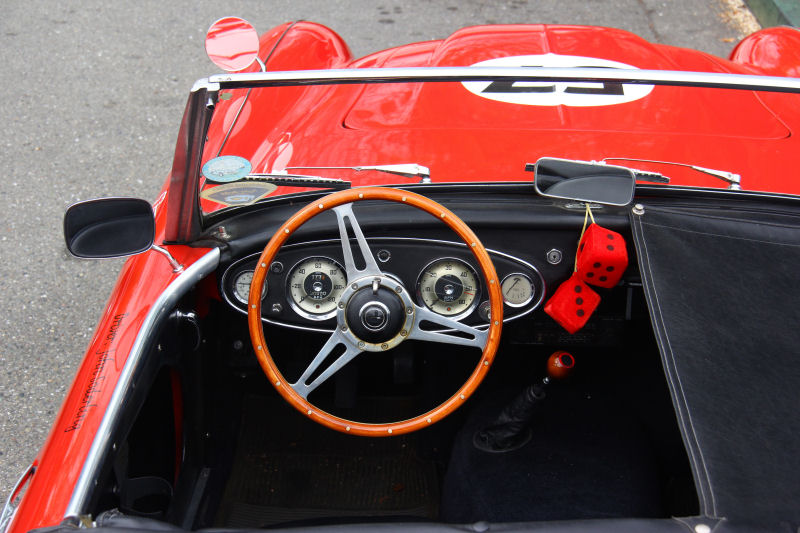 This car is a fine example of a nice driver. It looks gorgeous yet shows signs that the gentleman who owns it has taken it out on touring rallies, car club events and possibly a bit of motorsport for good measure! The race number almost certainly refers to the model year. I question the Harley Davidson sideview mirrors, but that may reflect the owner's other motoring passion. It is otherwise a very beautiful and proper looking little British sports car and a true classic in my opinion.
This is definitely on my short list of favorite street photo shoots in recent memory.