Some say that autocross teaches you how to drive in second gear. I learned it from a Chrysler minivan.

Welcome to Van Man Reviews, a recurring feature where I talk about vehicles I've driven for work. I used to drive this 2008 Dodge Grand Caravan C/V two days a week on a delivery route. 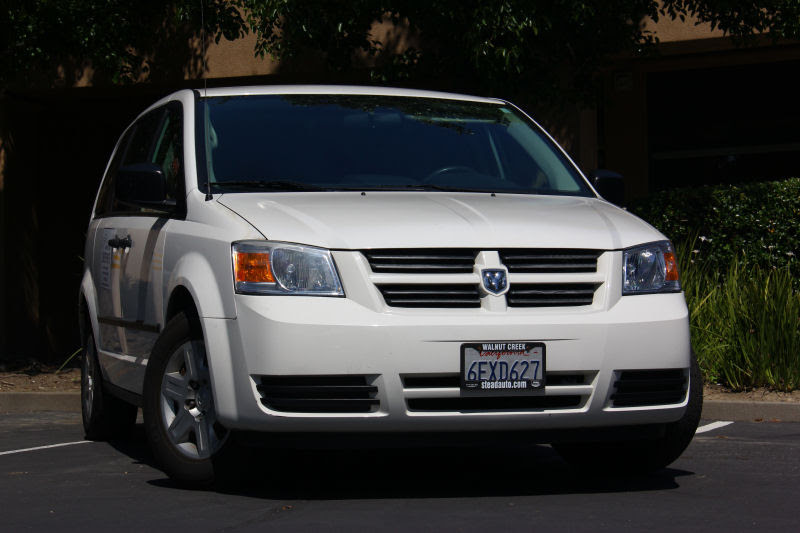 The Caravan was liked or hated by our drivers depending on their priorities. It was one of the oldest vehicles in the fleet and had high mileage even when I started using it. Some of my colleagues liked it for its 3.3 liter V6, which had a whole lot more torque than the half dozen Ford Transit Connects that made up most of the fleet. Others liked that it had a CD player and good stereo speakers. I hated this van early on, but eventually it endeared itself to me. 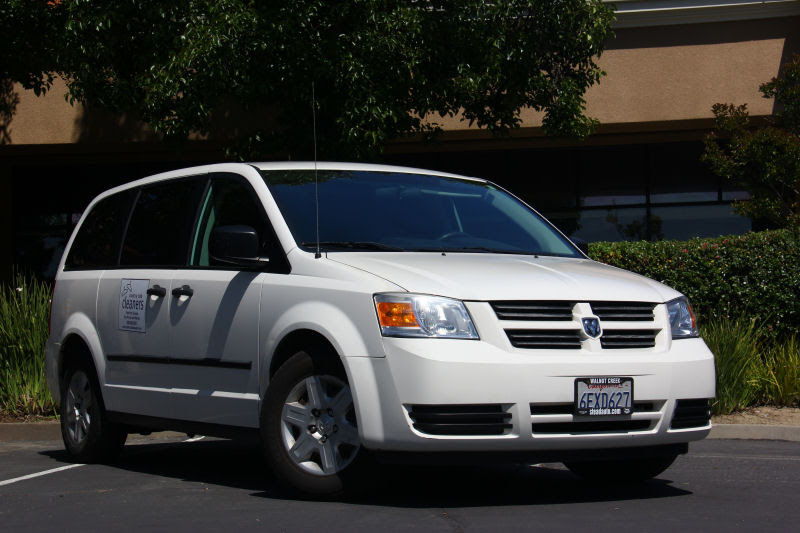 Perhaps what made me hate the Caravan was it seemed to hate me. I was always banging my knees and elbows on the dashboard or door panel armrest. The seat was uncomfortable and the interior was always disgusting with a sticky steering wheel that always felt clammy and moist in the mornings. I think it was when the van started to have problems that I began to feel sorry for it. It picked up a rock chip in the windshield that gradually became a crack about two feet across. It overheated on me once and I had to nurse it back to the store with the thermostat pegged full hot and the dash feeling like it would melt. I discovered there was no coolant at all in the overflow reservoir. 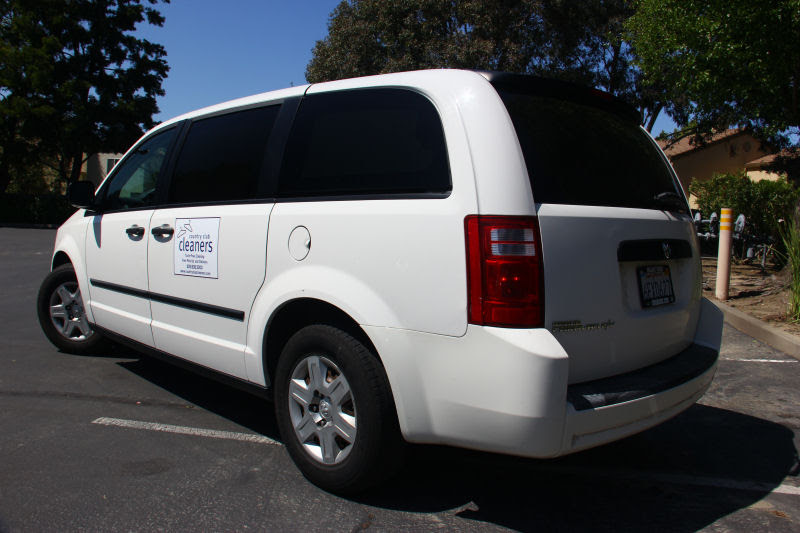 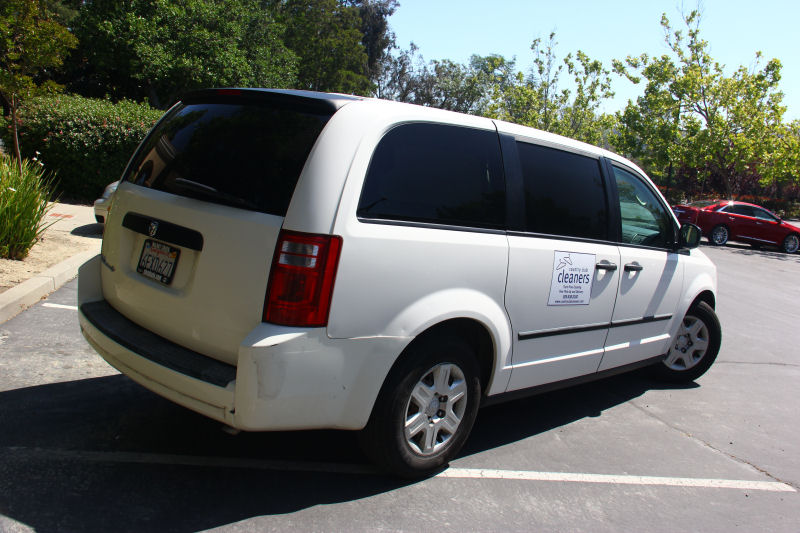 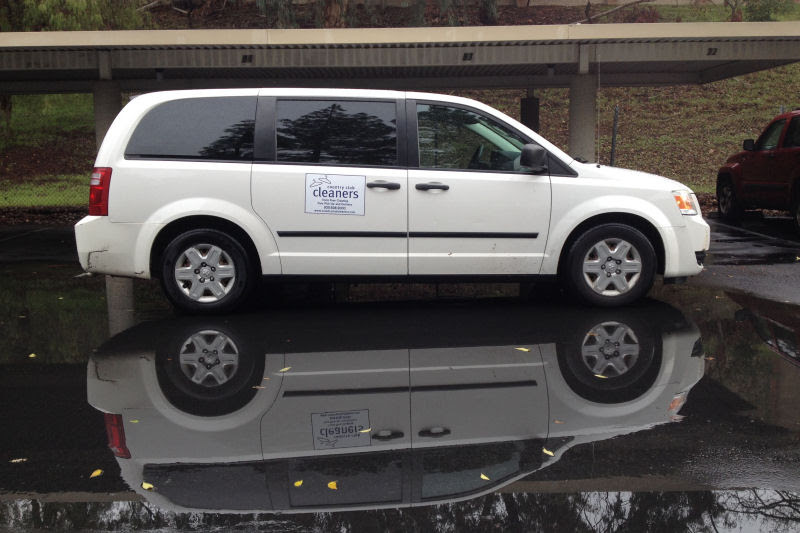 The biggest challenge was when the shift linkage malfunctioned and the van would still drive, but would randomly leave the driver with Park, Reverse, Neutral and second. The beauty of this was that the vehicle was still usable up to about 40 or 45 mph, so I could still do deliveries in it, and I learned all of its quirks and tendencies. It would give me one or two periods of about 5-10 minutes per day where the transmission would function as normal, and I would carefully utilize the manual mode to make sure it shifted when it was supposed to. One day I made the mistake of getting onto the freeway during this brief period, and it clunked very loudly back down into second gear at highway speed. On rare occasions the linkage would prevent the transmission from being shifted out of park, forcing me to turn it off and restart the engine. The van kept these rituals up for almost a month before it left another driver stranded at a gas station and had to finally be repaired. It served the company well for several more months before it finally refused to start (even for me), and was sold with 152,000 miles. As of this writing it's currently being used by a local Italian restaurant as a catering van. 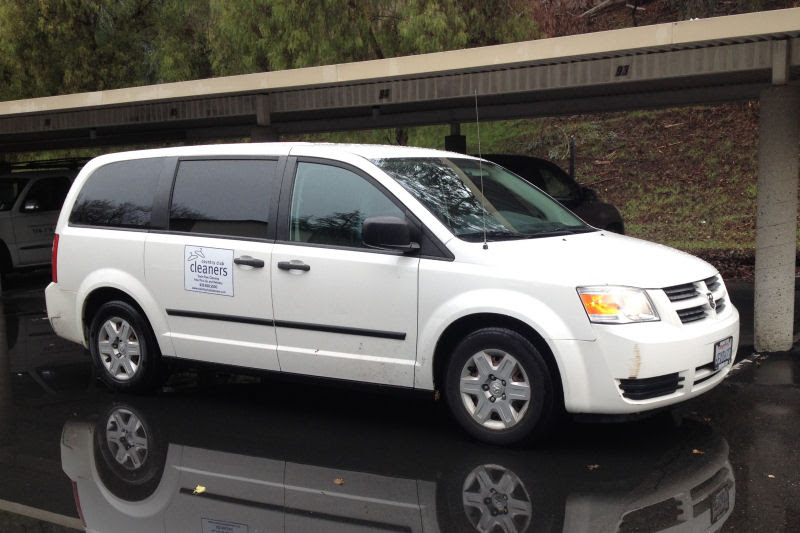 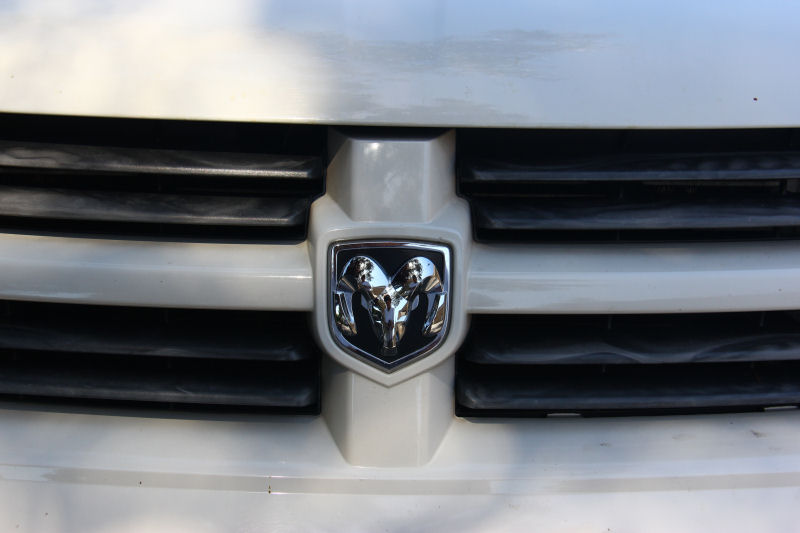 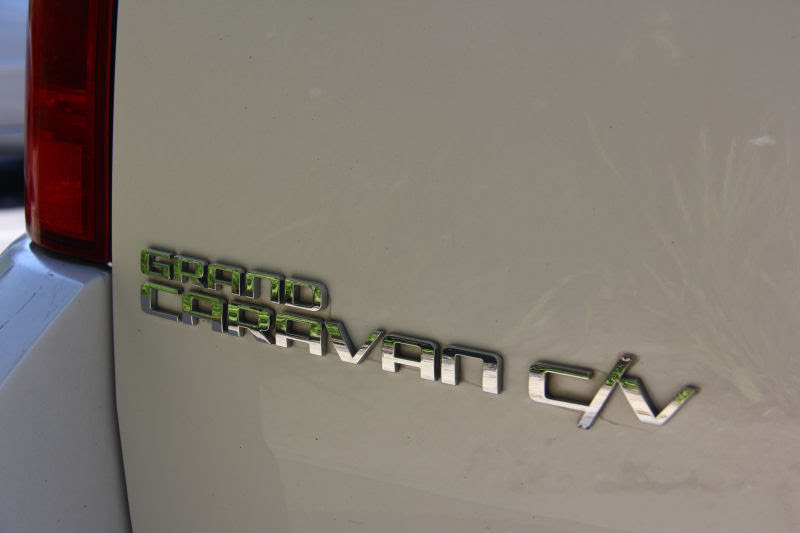 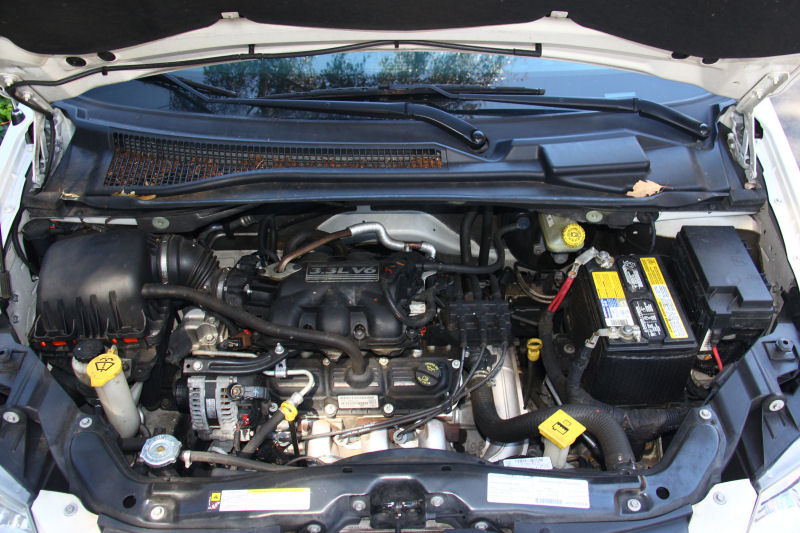 The Caravan C/V was a strange vehicle for delivering dry cleaning and kind of a strange vehicle in general. The curved slope of the rear end required the overhead racks to be installed far forward in the vehicle, forcing me to lean far over the bumper to load clothes into it or else load from the side doors. The low roofline meant that garment bags would touch the load floor and the drawstrings on the bags tended to get stuck in the sliding door track. The interior materials were consistent for a 2000s Chrysler product, which is to say they were about consistent with a Maisto diecast. The gear shifter reminded me of the style used on 1960s Dodge A-series vans. The spare tire was stored underneath the front seats and I was fortunate enough not to have to change a tire, but I was called to assist once when a coworker was unable to find it and told me the van didn't have one. It appears that it was to be accessed using the lug wrench to turn a bolt in the middle of the cabin floor between the seats, and lower the spare. 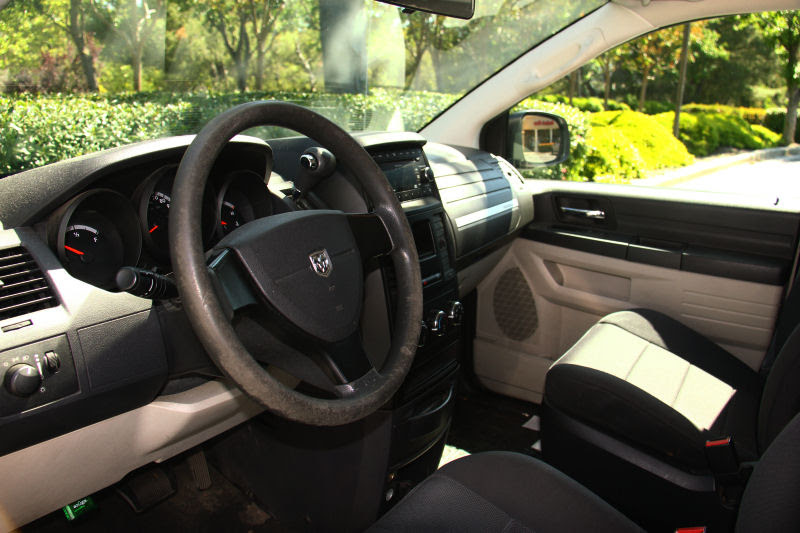 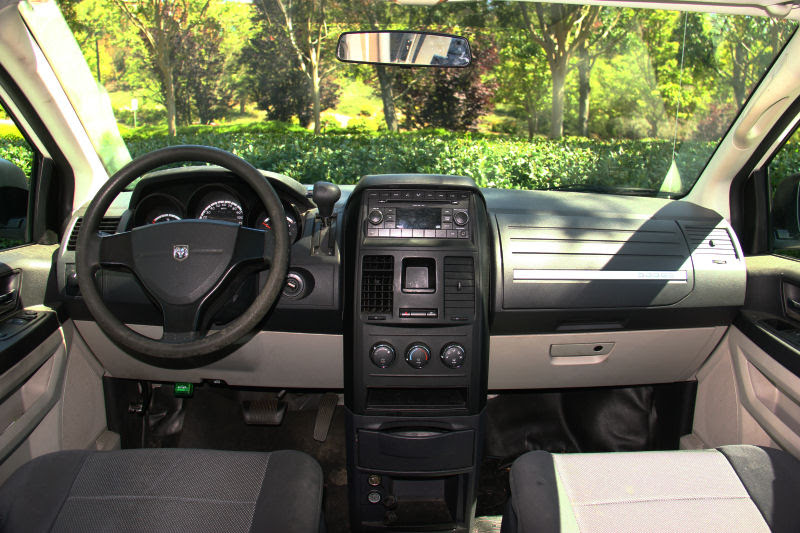 The 2008 Grand Caravan was always more suited to transporting people than cargo, and I'm sure that as a kid hauler it does just fine. The C/V cargo variant had a lot of loose wiring and things that seemed like they should have been secured behind plastic filler panels or fastened with zip ties. It's possible that some pieces were just missing by the time I got there. Its road manners were acceptable, it was reasonably quick for a van and had a smooth ride that soaked up potholes and speed bumps. Fuel economy was not great but I expected that, doing door-to-door delivery for several hours a day. When we got a Nissan NV200 to replace it I drove the Nissan once and told my manager I wanted the Caravan back. It's weird how you get attached to a vehicle, even one that's kind of a piece of junk. It still makes me a little bit happy when I see it parked outside the Italian bistro because it didn't go to Pick 'n Pull.