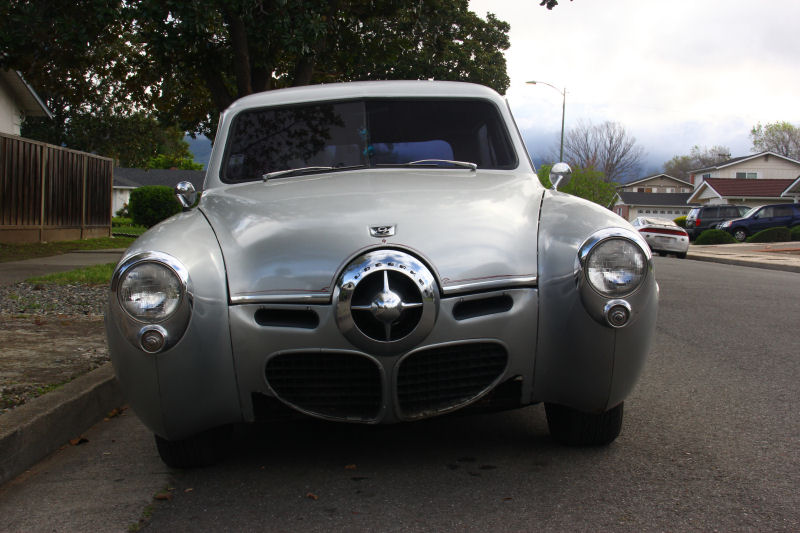 Today is July 4, America's Independence Day. You may have noticed that the entire last month was devoted to British cars and by now you might be ready for your own declaration of independence. So this week let's check out some classics from independent American automakers. First up is a 1950 Studebaker Champion sedan. 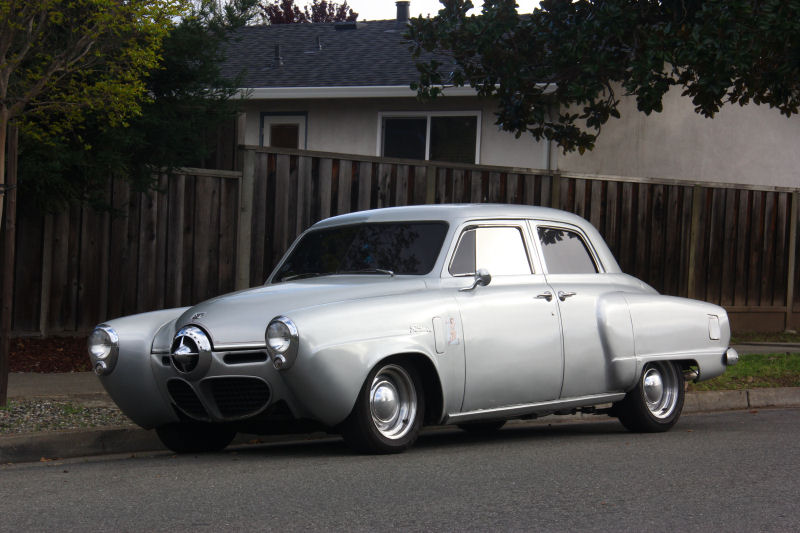 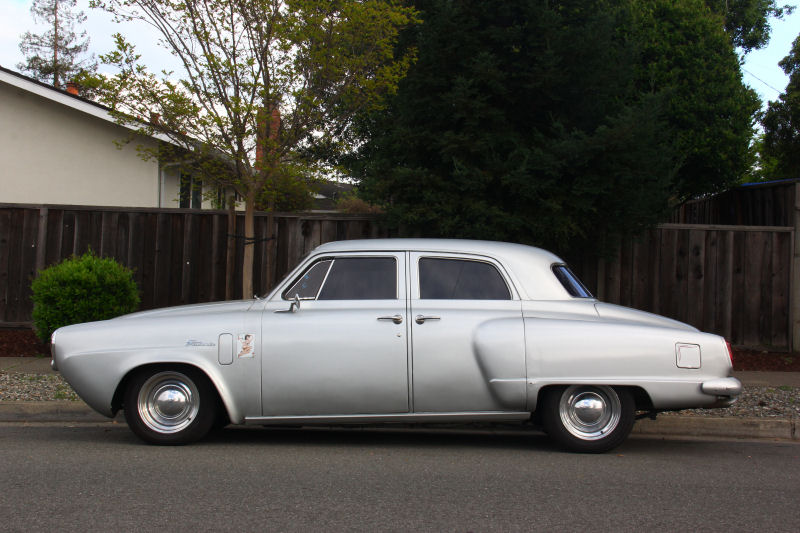 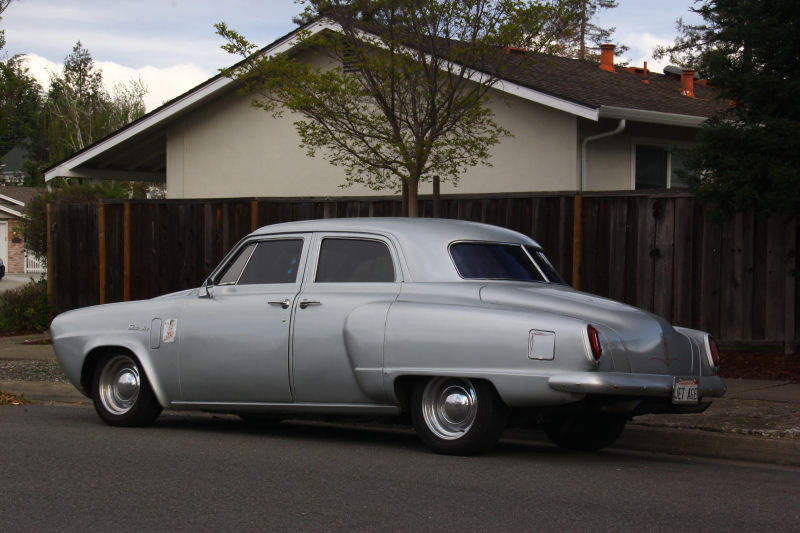 I've wanted to feature a bulletnose Studebaker for years. I encountered this one near my friend's house in San Jose one night when I had neither the time nor the ability to do the car justice with a long-exposure night shoot. When it showed up again during the daytime while I was in the area, I seized the opportunity to photograph it. 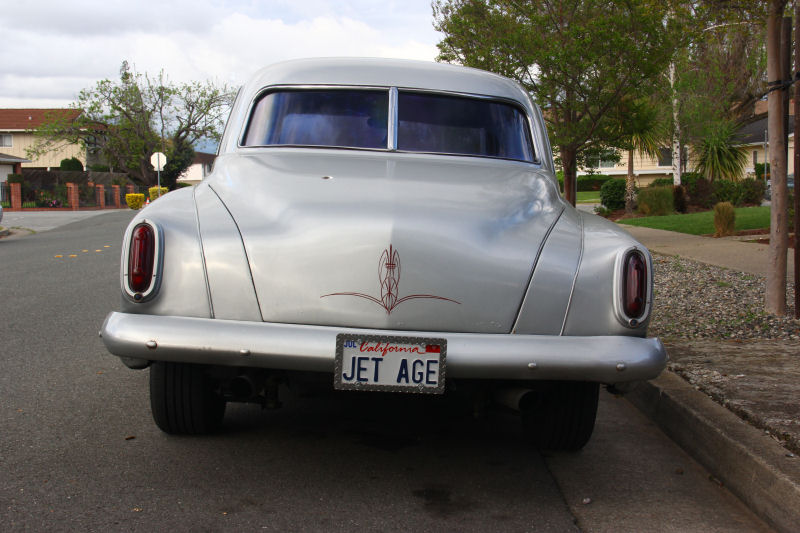 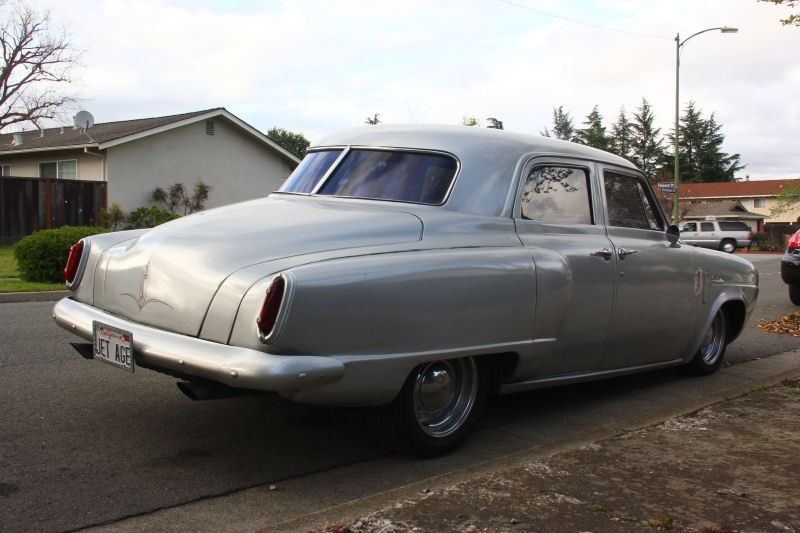 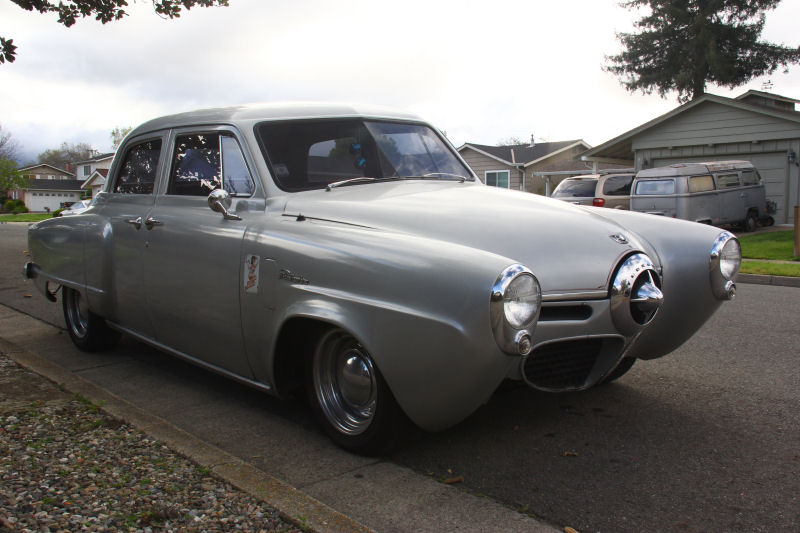 Studebaker is notable as being the first auto manufacturer to build an all-new car after World War II. The 1947 Studebaker Champion and Commander received a rakish new body in a full complement of configurations. The front end styling was lacking, though. In 1949 Ford introduced a "spinner" or "bulletnose" front grille on their cars, a feature that Studebaker imitated for their own 1950 models. (Incidentally, it is said that the 1949 Ford spinner was designed by Robert Bourke, Dick Caleal and/or Bob Koto in 1946. All three of them were former Studebaker stylists who had worked on the '47 Studebaker. Ford designer Joe Oros also claimed he created the '49 Ford spinner, so the truth is rather murky.)
This generation of Studebakers was known primarily for the "Starlight" coupes with their wraparound rear window. More traditional body styles such as the station wagon or the sedan seen here were not handled quite as elegantly. The rear suicide doors are a holdover from 1947, when it was still relatively common to find them on sedans. 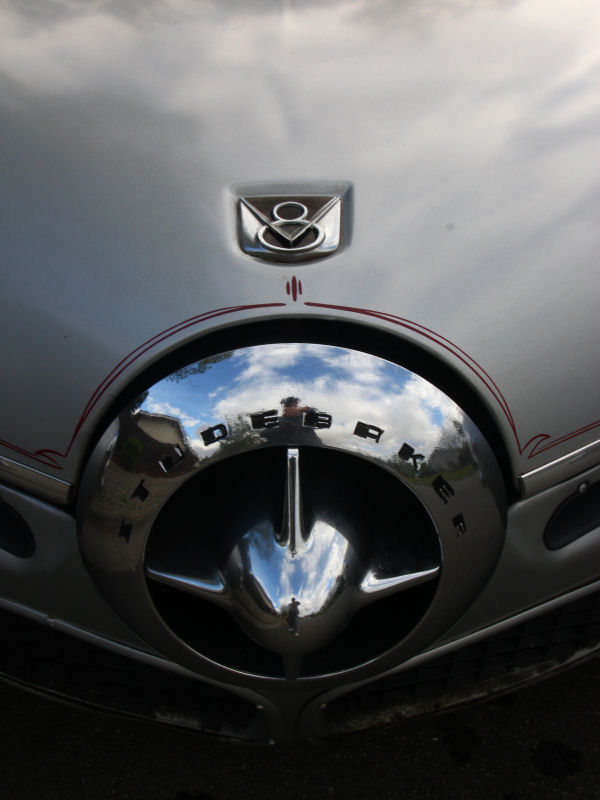 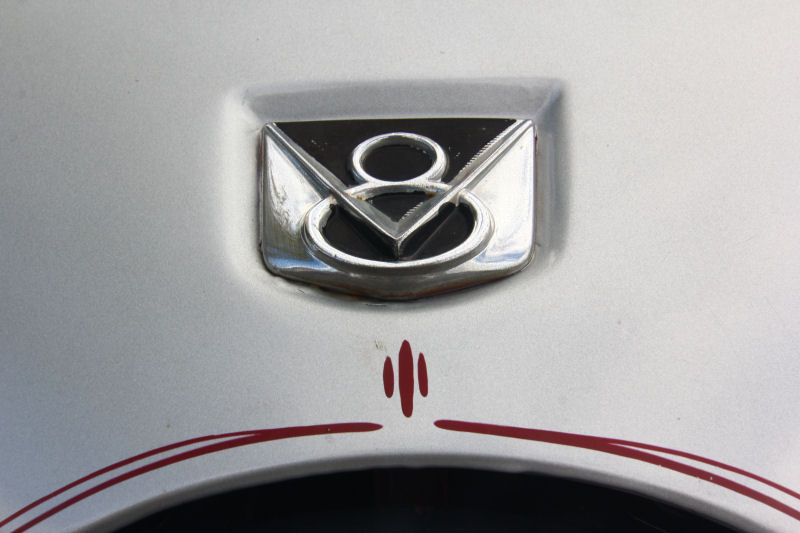 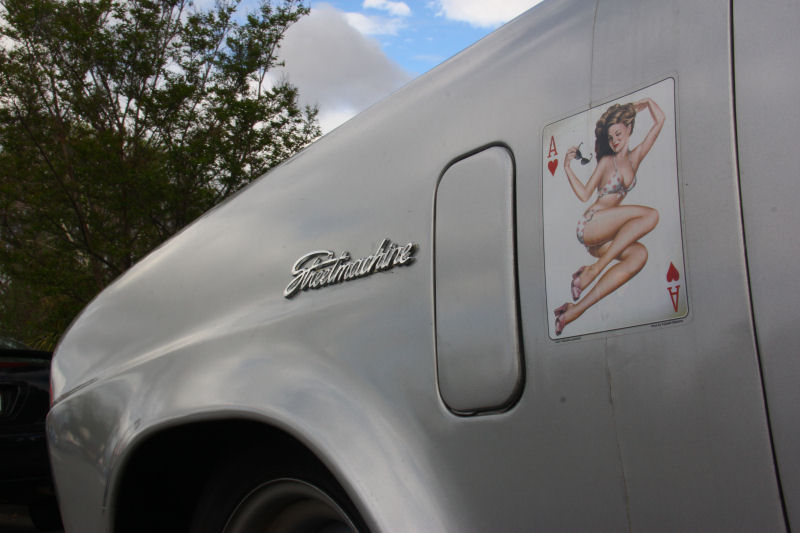 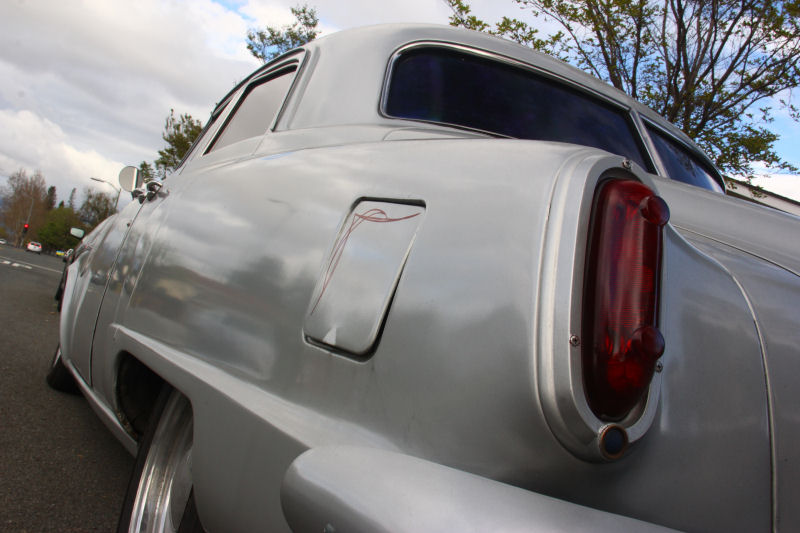 This one has been modified into a "street machine" with the front bumper removed and the rear bumper painted body color. It's been lowered with baby moon hubcaps and chrome trim rings. The hood badge is an actual Stude piece indicating a V8 engine, but as far as I know, the 1950 Champion wasn't offered with one. The Studebaker V8 was new for 1951 in Commanders. Something tells me this car probably doesn't have a Studebaker engine of any kind in it anymore -- I'm guessing Chevy small-block. It looks like an older build, relatively subtle in silver with a bit of maroon pinstriping. I've seen some pretty obnoxious 1990s customs including some pretty awful Studebakers. This is very restrained in comparison, and I'm glad the builder left the exterior door handles on it instead of shaving them for remote door poppers. It could use some body work and detailing but I think it's awesome seeing a 1950s-vintage Studebaker being used.