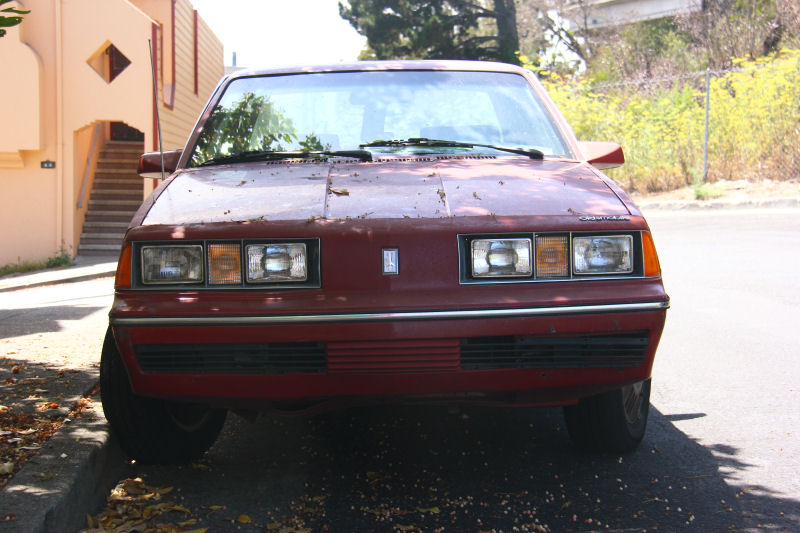 Of all the cars featured on California Streets, a Chevy Cavalier isn't most people's first idea of a rare classic. It isn't even on most people's list of classic cars. So why are you looking at one on this website? Because you aren't, it's an Oldsmobile Firenza Coupe. Same difference, you say? Yeah, it's a GM J-body compact that shares 90% of its body and parts with a Cavalier. But this one features bespoke fascias and wheels, and other goodies that you really can't get anymore. Not many people bought Firenzas when they were new and the aftermarket is nonexistent. 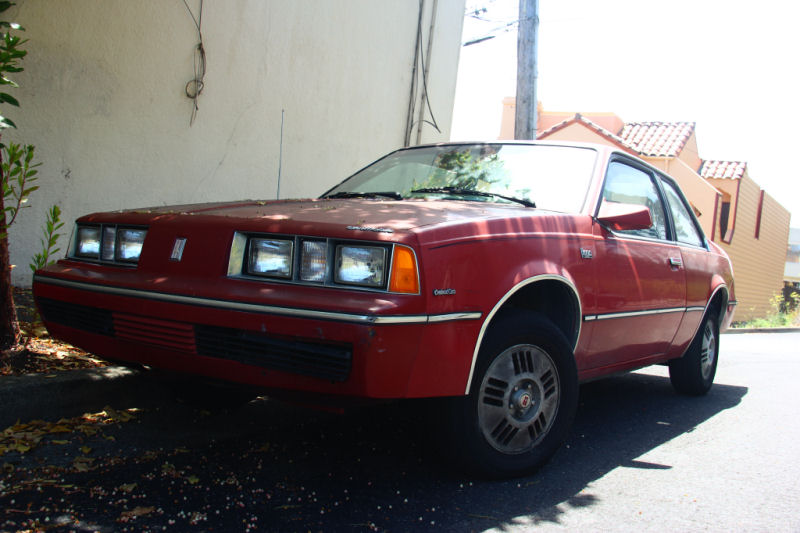 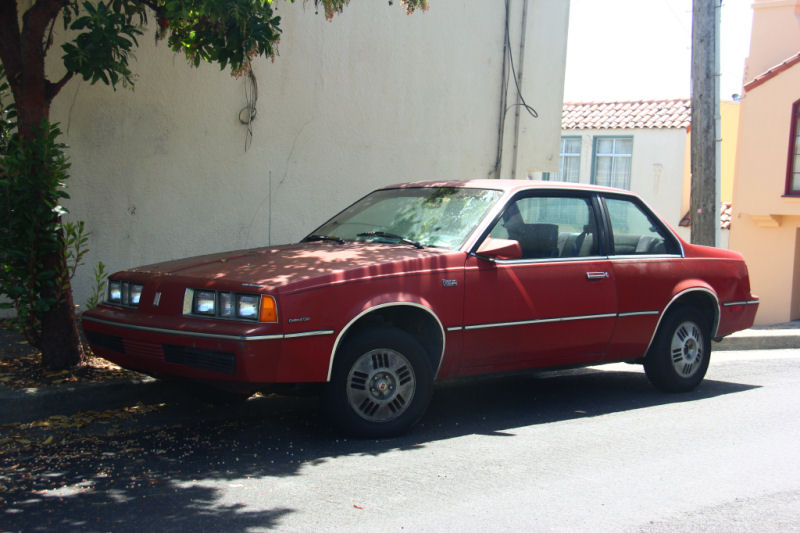 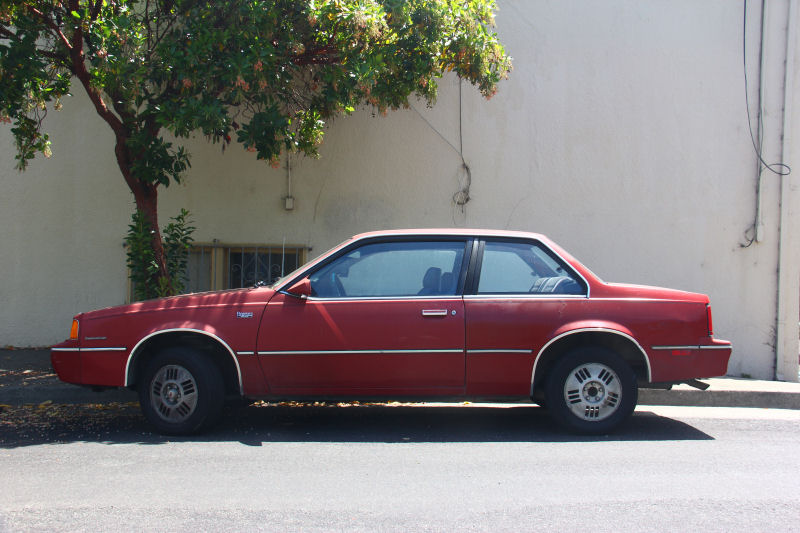 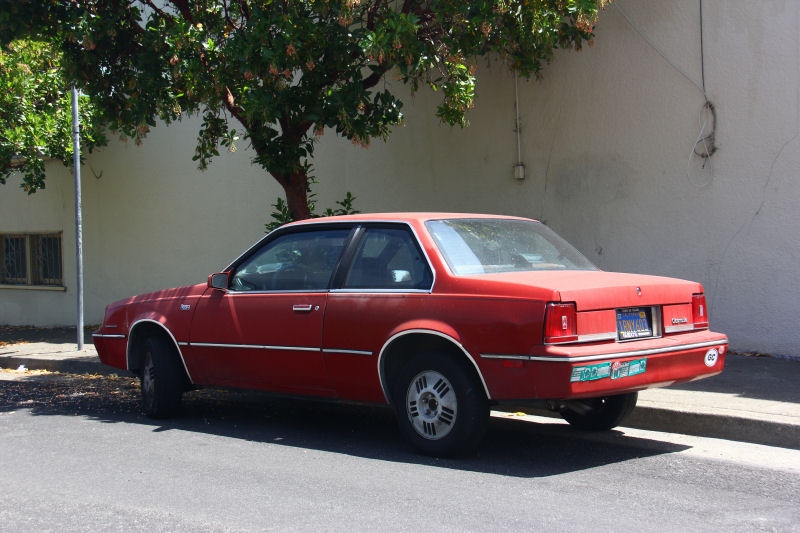 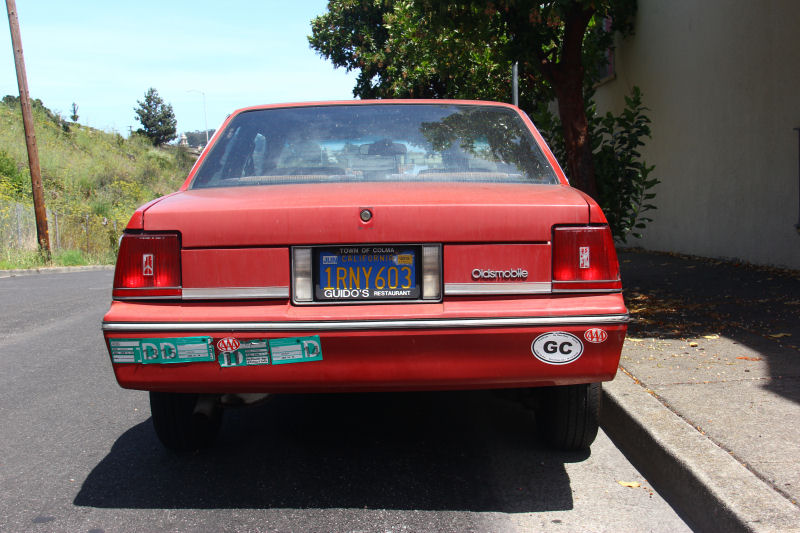 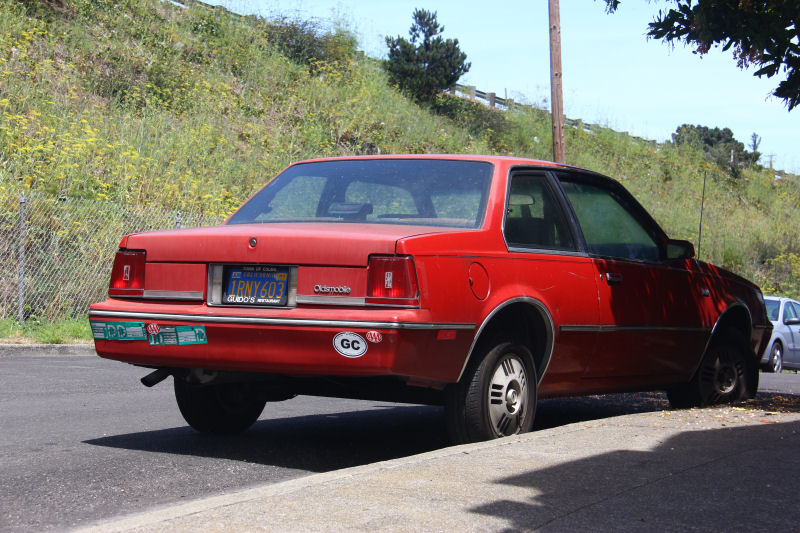 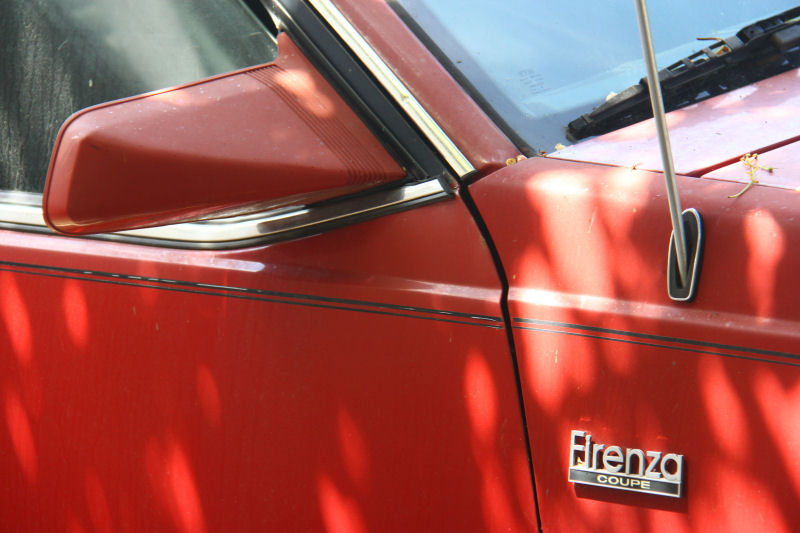 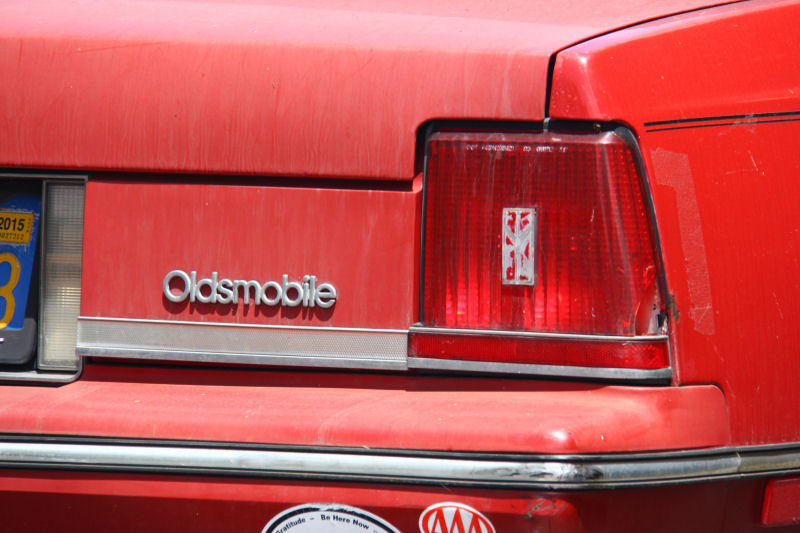 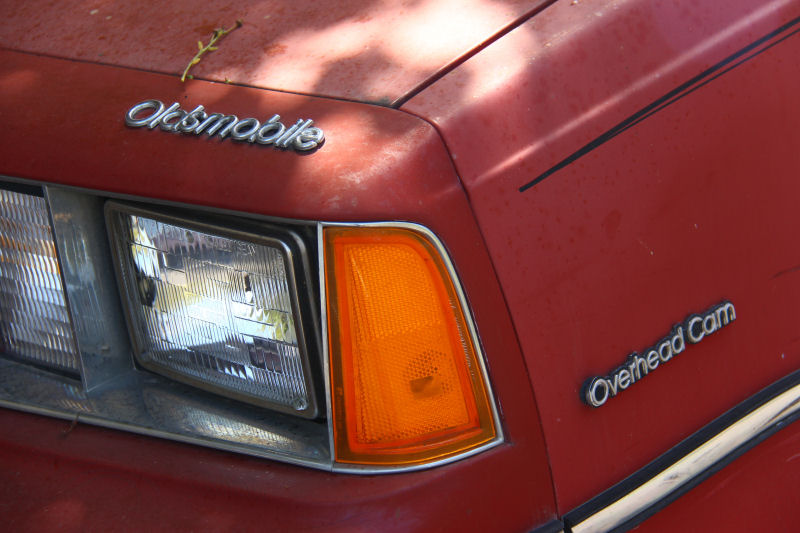 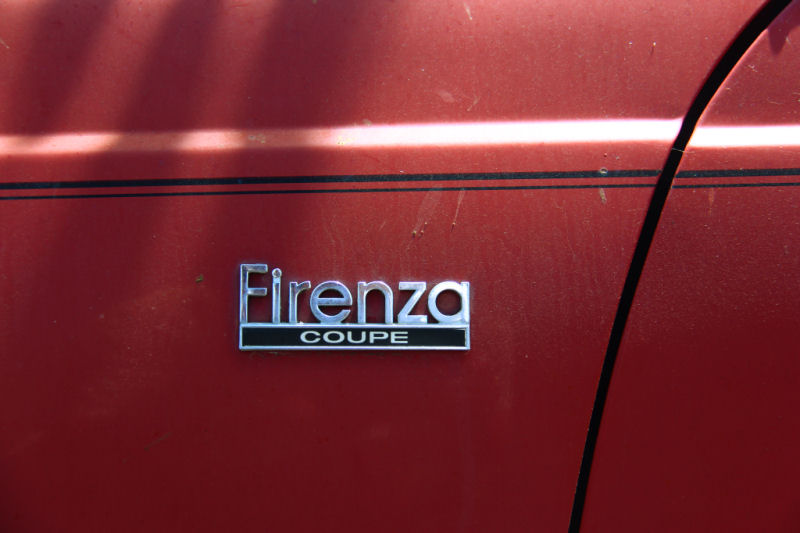 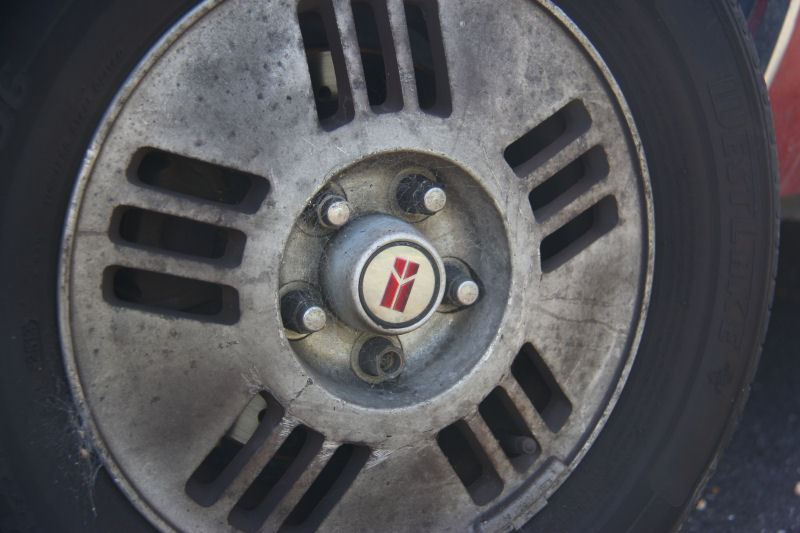 As a car, an Olds Firenza functions just as well as any other J-body. Which is to say, it's a car. It does car things. Maybe not great, but it goes, it stops, it turns. The Firenza could be had with one of three engines, a 1.8 or 2.0 liter four, or a 2.8 V6 introduced for the 1985 model year. The Firenza existed from 1982 to 1988, but the Coupe was only sold starting in 1986, making this one a first-year example. The Overhead Cam badge suggests this car is equipped with the 1.8 liter engine. It wears a faded coat of Carmine Red with black tape striping and optional alloy wheels, as well as the optional right-side mirror. I can't tell if it's a Firenza LC or just a base model with options. Not many people will get excited over a 1980s GM compact, but I did.