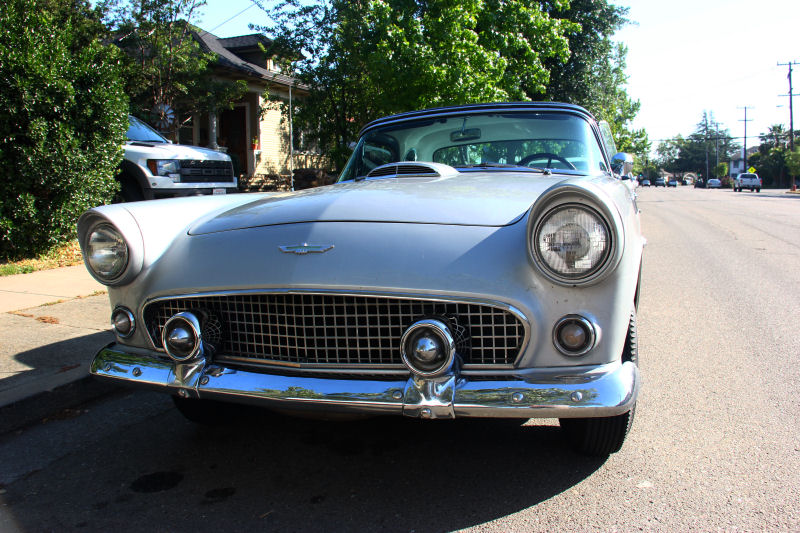 When I was a kid I had a fairly limited range of interest in cars and one of my favorites was the first-generation Ford Thunderbird. Children aren't the most sophistocated creatures so I guess the most iconic designs make the biggest impression. For me it was the '57 Bel Air, the '59 Cadillac, '70 Chevelle and various bedroom-poster fare such as the Viper RT/10, Ferrari F50 and Lamborghini Diablo. Take a look on eBay sometime at the most common diecast models for sale and you'll see what I mean about what appeals to kids. That said, the early T-Birds are very pretty cars. I always preferred the '57 when I was young but the '55 and '56 have their own merit and my interest in them has grown over the years. 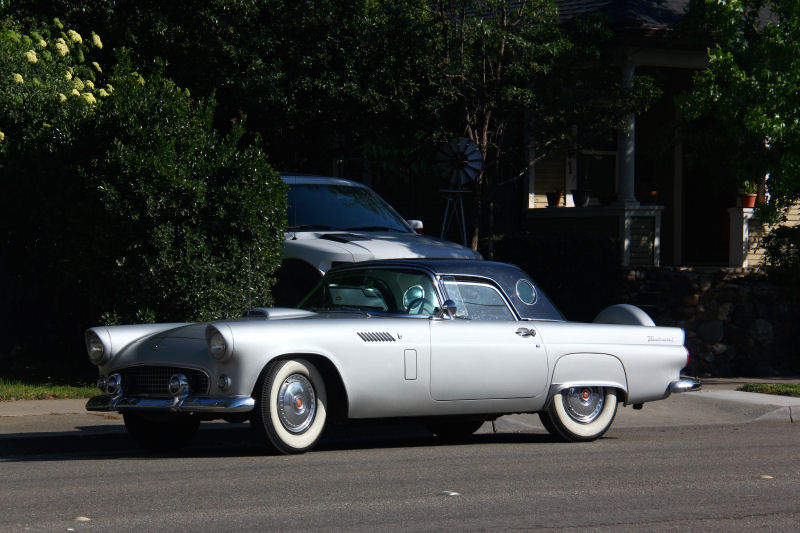 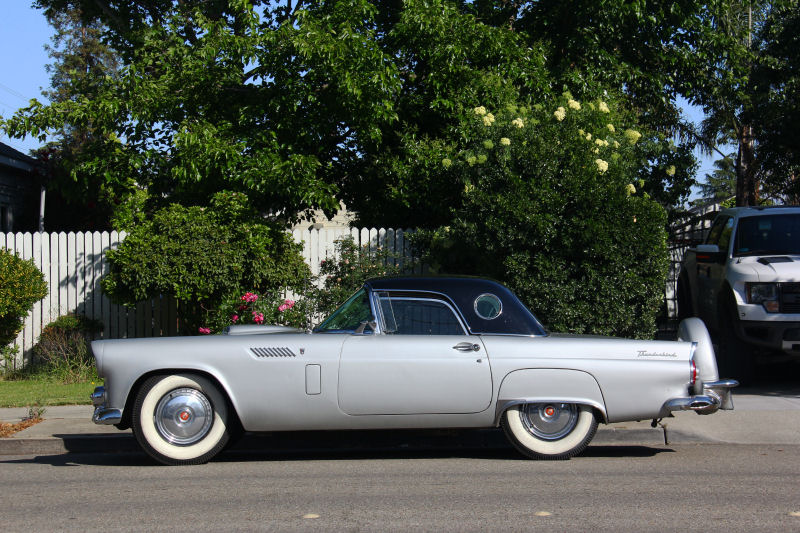 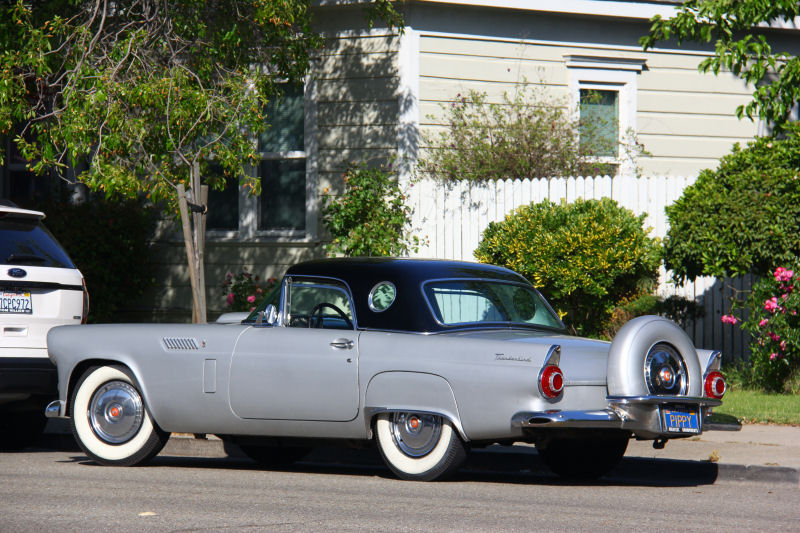 The Thunderbird was created to compete with Chevrolet's two-seat Corvette sports car, and it most certainly did. While the Corvette was a sparsely trimmed, fiberglass-bodied roadster, the T-Bird was conceived on the Fairlane platform with a European-inspired two-seater body, offered with a removable hardtop complete with optional porthole windows. It was a more luxurious and generally more powerful car than the early 'Vettes, and it handily outsold its GM competitor for much of its life. 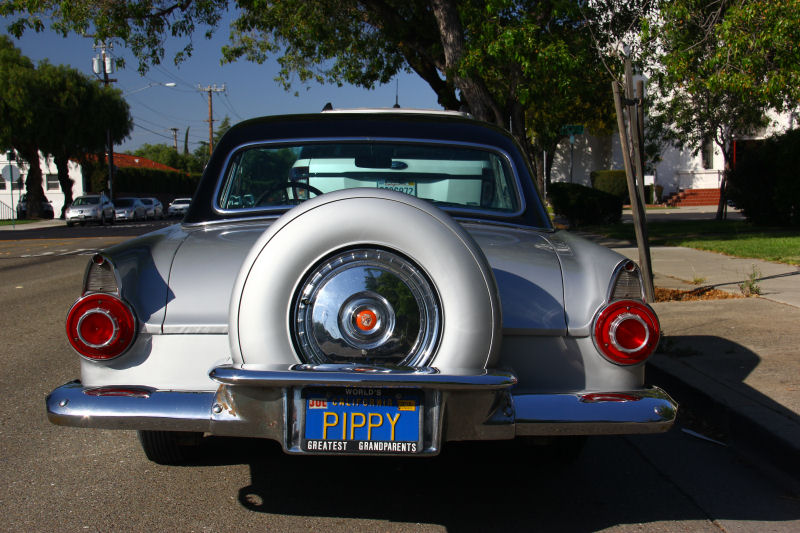 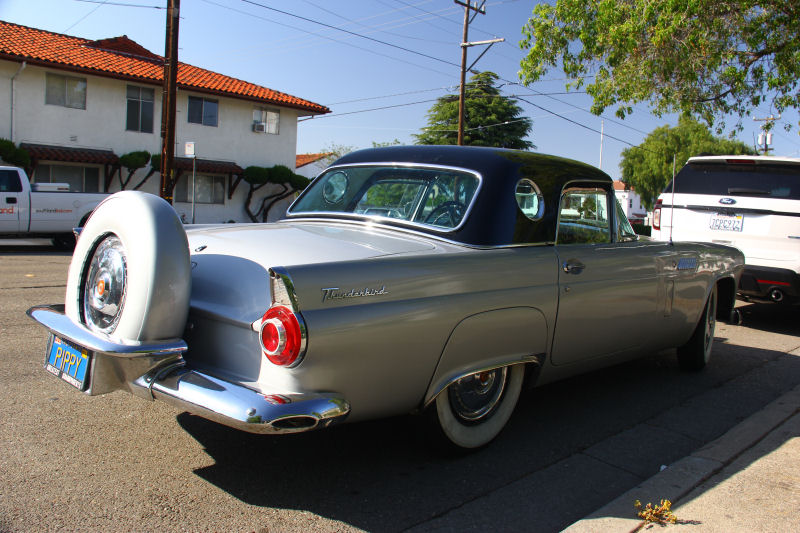 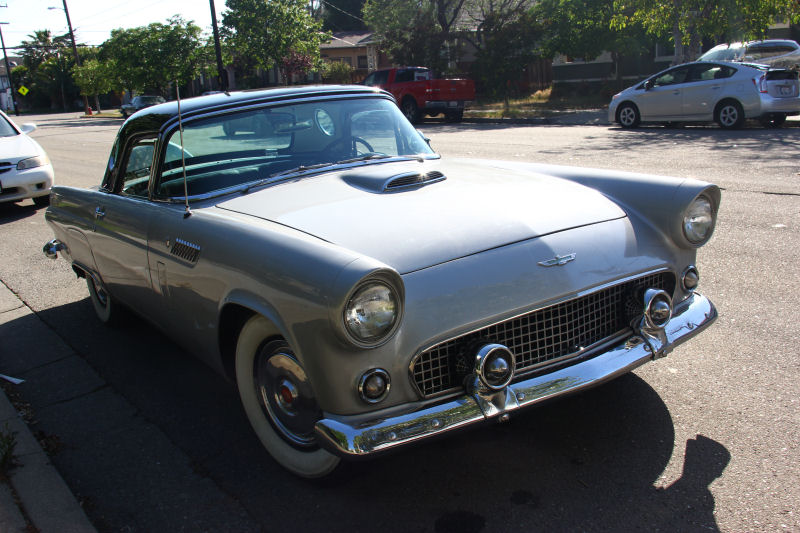 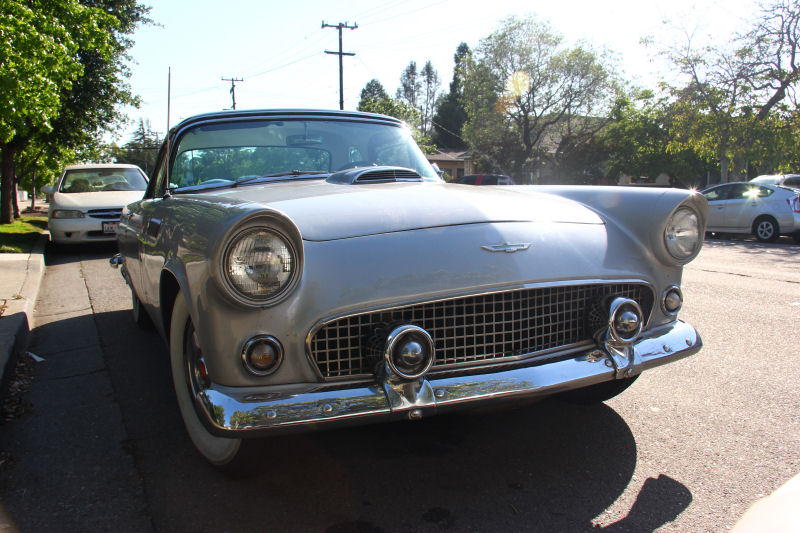 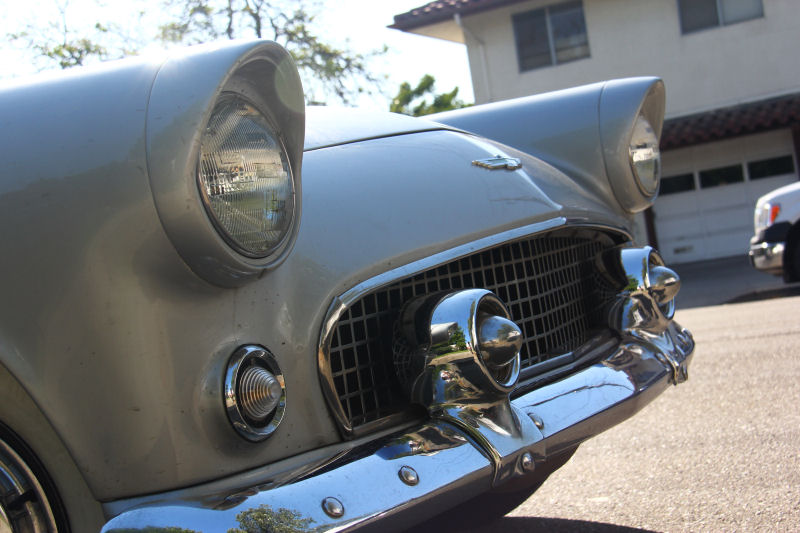 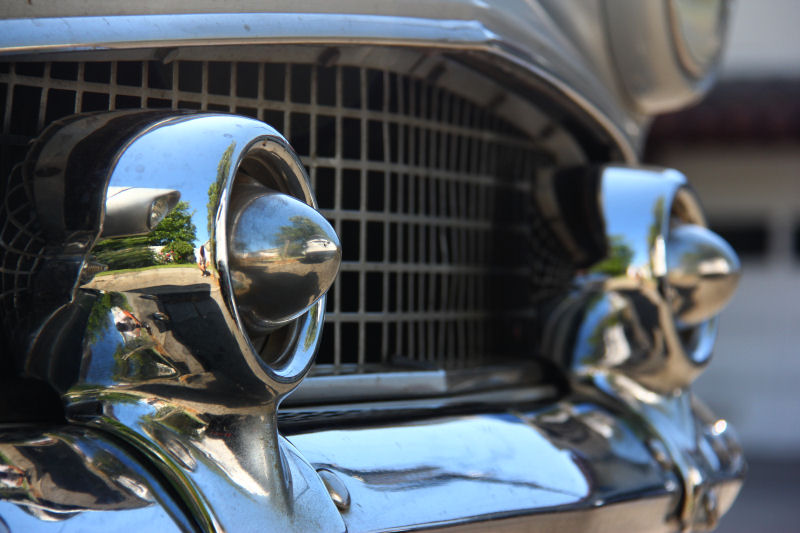 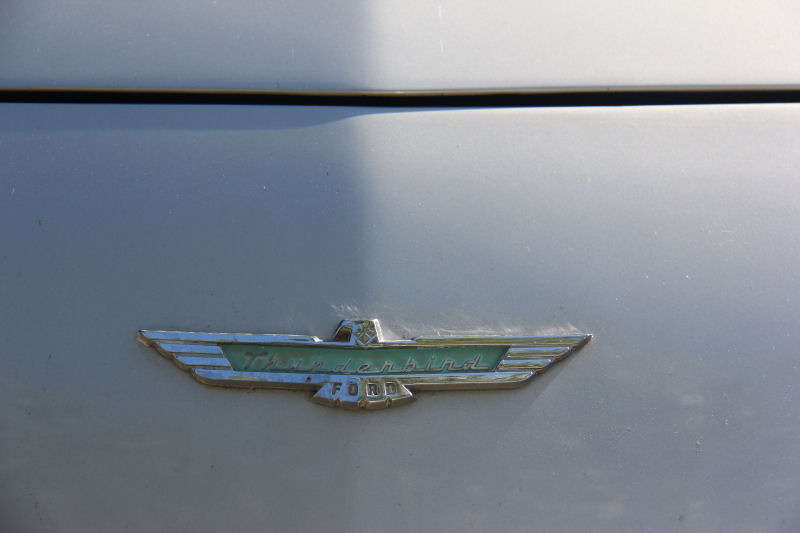 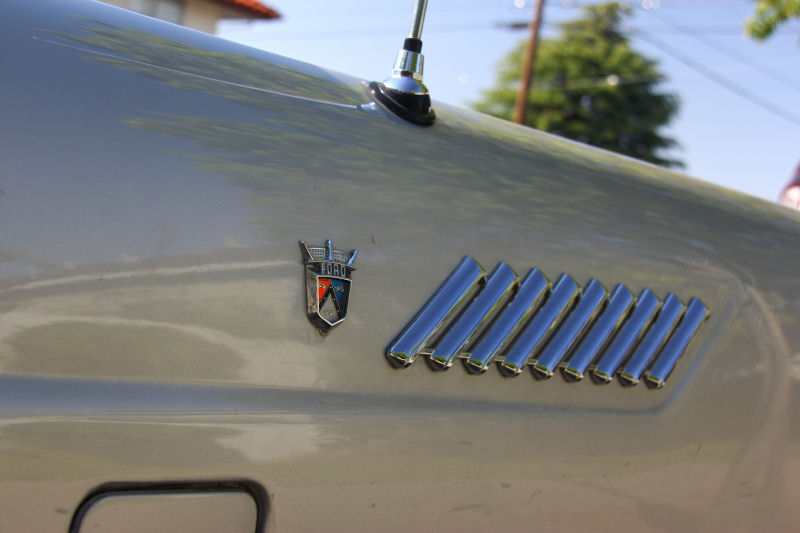 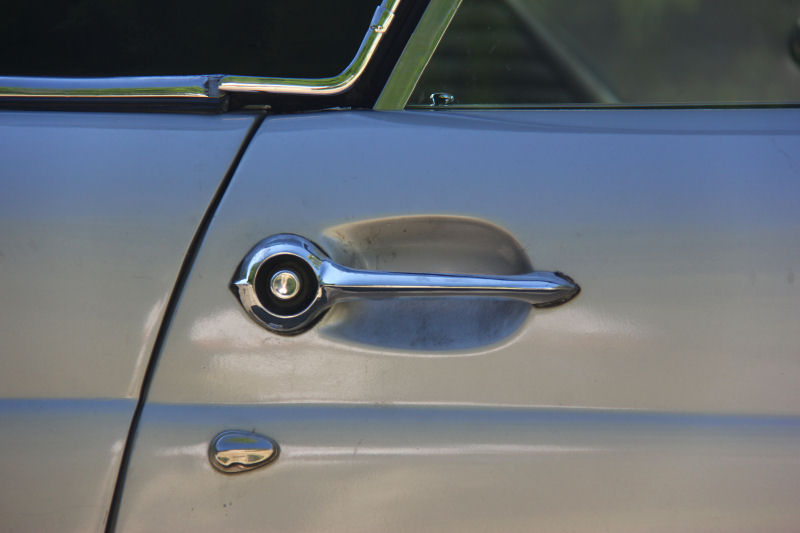 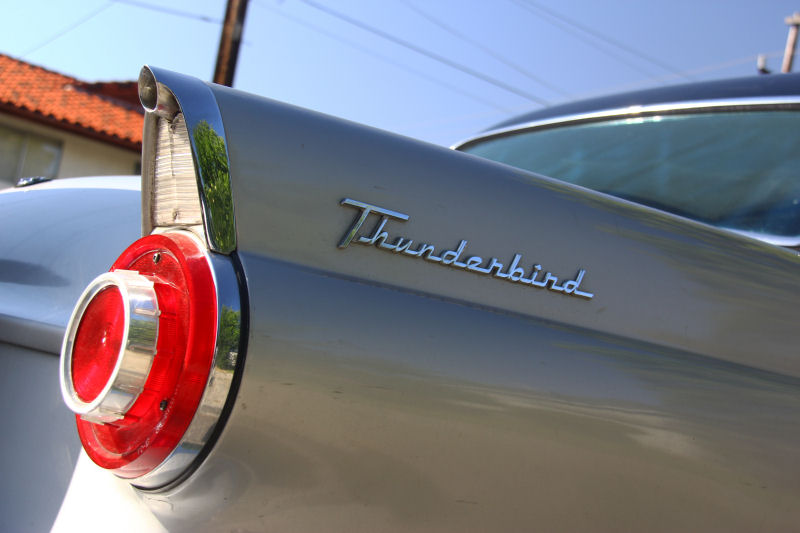 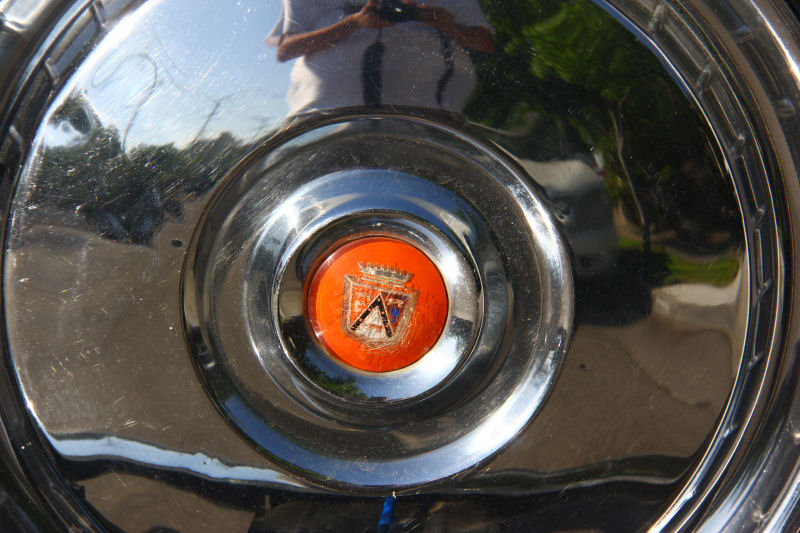 I attended a rib cook-off in Livermore this past May to support a former work colleague who was competing. As I was leaving, I spotted this clean silver '56 T-Bird parked a few blocks down. Old "Pippy" here looks resplendent in this apparently non-factory hue with contrasting black hardtop, fat whitewalls and full stainless wheelcovers. Oh yes, and that Continental kit hanging out back there. It seems to be a popular accessory both among originals and latter-day additions. When I was a kid I thought it was weird to see one without it. This is a lovely old 'Bird and I'm sure it's a fine driver for the couple who owns it.