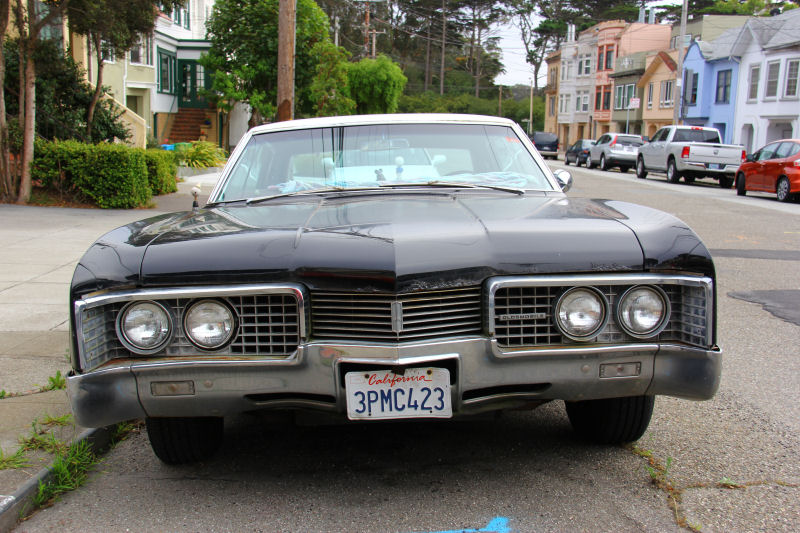 Oldsmobile Ninety-Eight. Not quite a Cadillac, almost a Buick. It's a puzzling place to be in the car market and in the old General Motors brand hierarchy. The Ninety-Eight was the fanciest Olds you could buy, but it was still an Oldsmobile. Even I can't figure out whether Olds or Buick was considered more prestigious in the world of middle-class luxury. You could get an Olds or Buick with the fancy vinyl roof, ornately patterned luxury interior trims, whitewall tires, script badges and convenience options similar to a Cadillac. But it would never quite be a Cadillac. 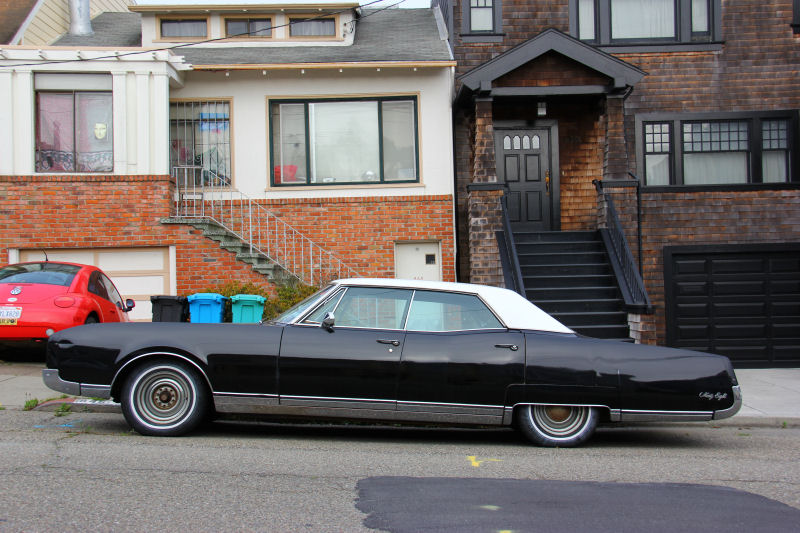 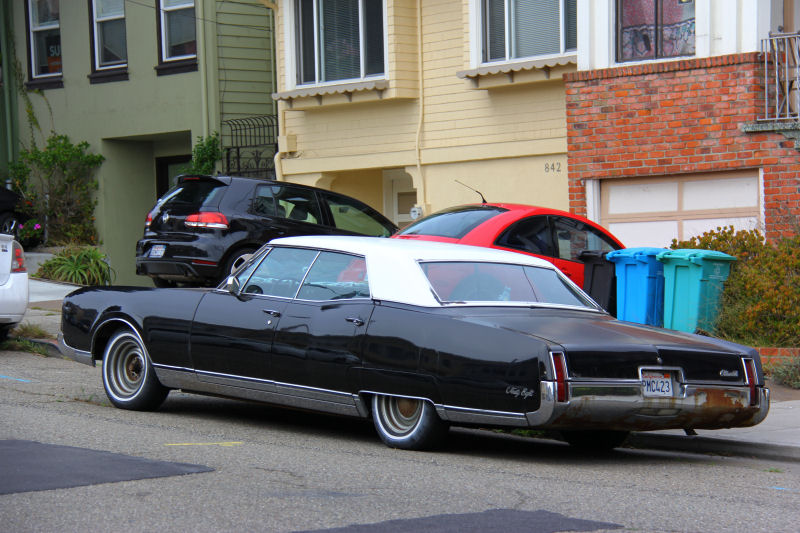 That said, a '67 Olds 98 Holiday four-door hardtop looks a fair bit more sporting than a formal Cadillac Sedan DeVille. The C-pillar is more steeply raked for a fastback roofline, and the Coke-bottle body appears more aerodynamic than the sharply chiseled lines of a Cadillac. Unfortunately, at the end of the day I think I'd rather have the Caddy. It has nothing to do with the luxury aspect or the name, I just think the Cadillac looks imposing and the Olds is kind of a hash. 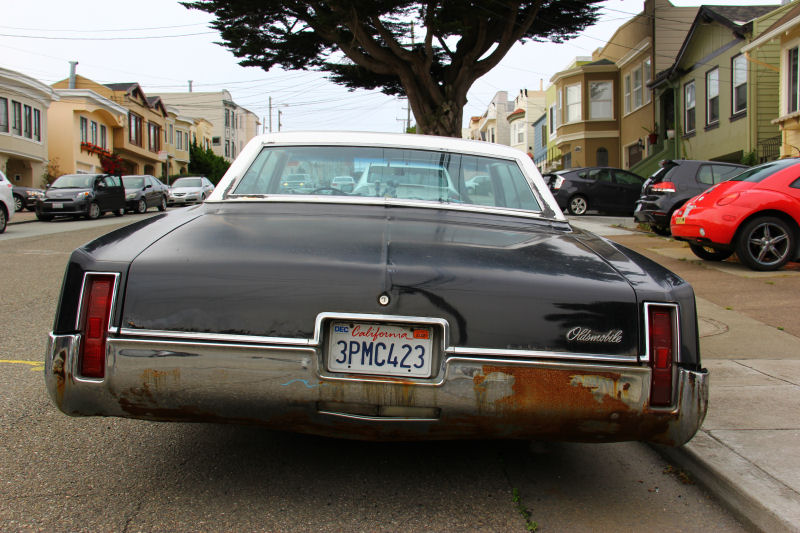 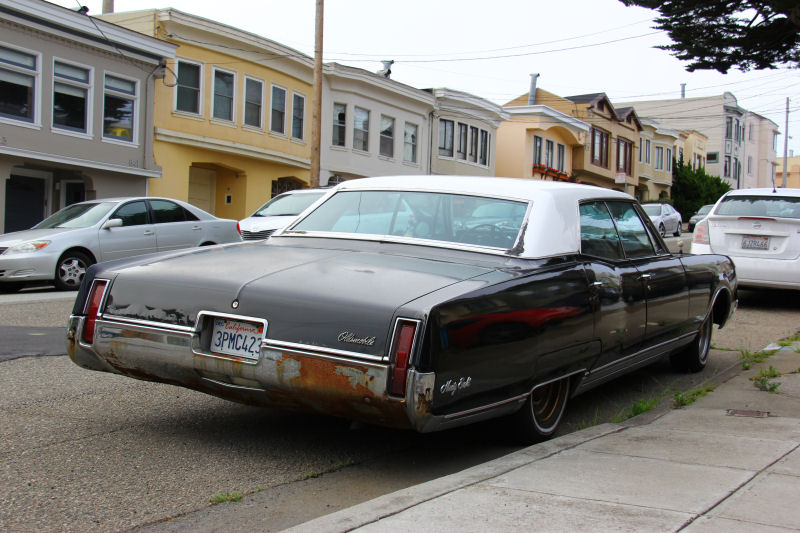 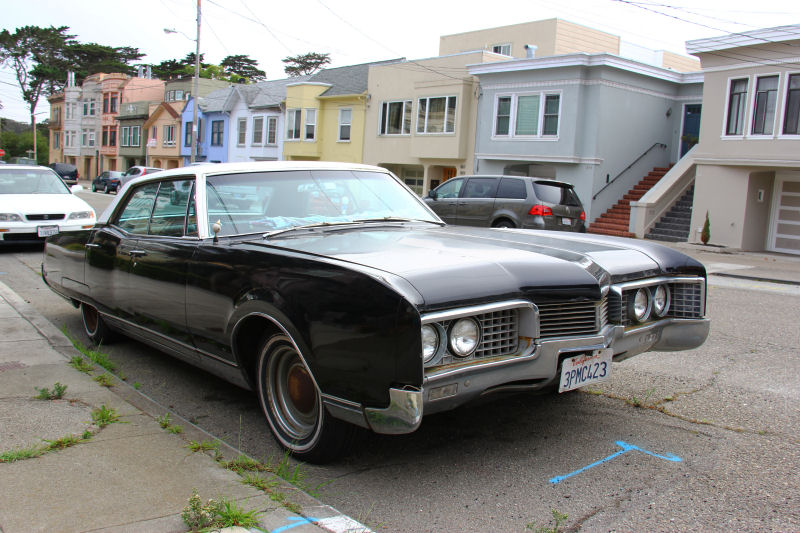 Oldsmobile had a fairly consistent brand identity at the time, with wide-set quad headlamps inside rectangular grille pods and a narrower grille between the pods; the body defined by muscular haunches, curved bumper edges and relatively little exterior gingerbread. Where it worked on the '67 Cutlass, in my opinion it went a bit wrong on the 98. The front end is probably the most visually interesting aspect of this car, with an eggcrate grille and jutting fenders with loop bumpers that guarantee very little crash protection even at low speed. In profile it looks clean enough, but at the rear the designers stopped trying. The taillights look like they came off a different car, even though this basic design was a trademark of the 98 through the latter half of the '60s and even into the early '70s. 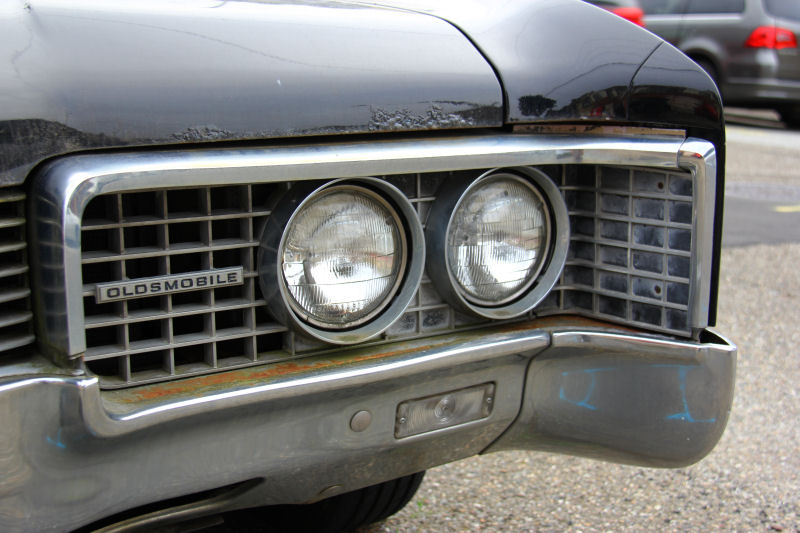 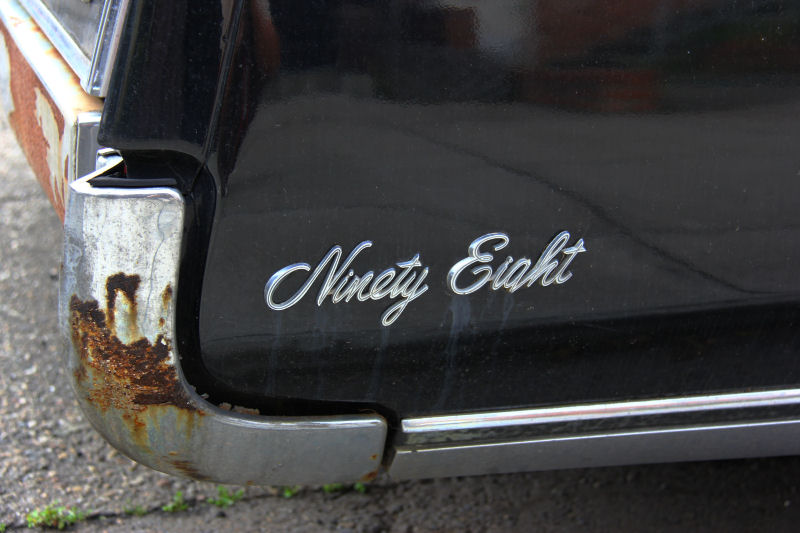 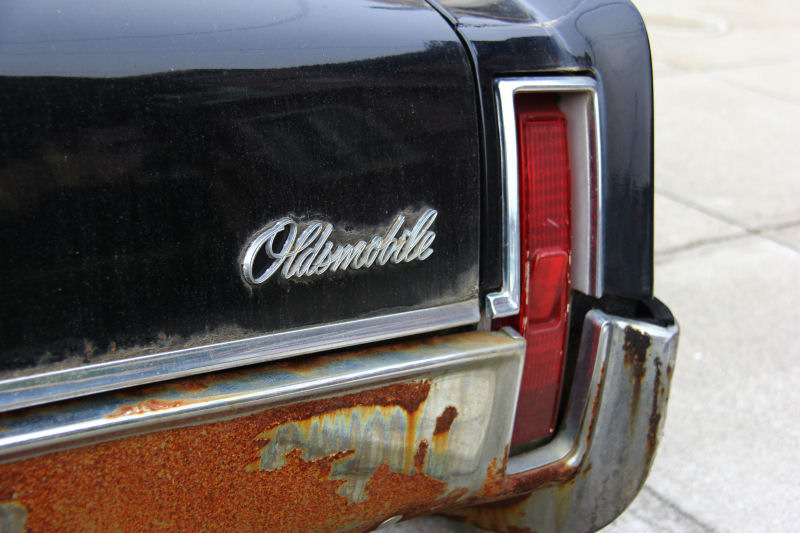 Notably, there are still a ton of old Cadillacs on the roads. You don't see many full-size Oldsmobiles from this era, even in the custom car community. A stock survivor '67 Ninety-Eight is rare. I'm sad that this one is sliding downhill with a lot of rust in the hood, trunk and bumpers. From across the street it still looks dignified in Ebony Black with a white vinyl roof (I might have chosen a matching black roof myself). The spokeless steel wheels with old baby moon hubcaps aren't factory, but the stock 98 hubcaps were never anything to write home about. If they were cleaned up, rechromed and the missing left front hubcap was replaced, it could look all right. In the meantime somebody should really do something about that body rust -- the hood and trunk panels can be replaced or patched. The roof needs attention the most, the eternal curse of the vinyl top and its innate ability to trap water against unpainted steel. Fix it!
Posted by Jay Wollenweber at 12:00 AM