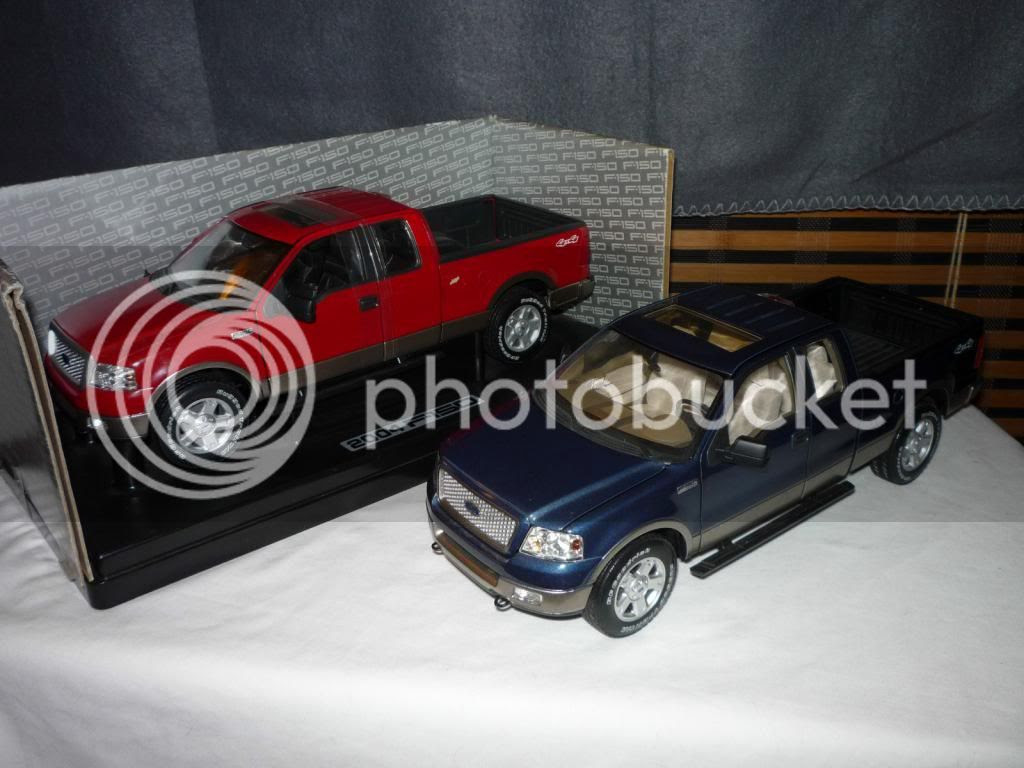 Some of my readers will know that I collect 1:18 scale diecast models and occasionally do a "Collector's Corner" feature here of some of my collection. I have a short list of "must obtain" models, and my holy grail among them is the blue 2004 Ford F-150 Lariat extended cab fleetside truck by Beanstalk Group, produced for only one year in very limited numbers. I believe it was some kind of promotional tie-in with Ford dealers or something, and unlike the 2006 F-150 by Maisto which was sized to fit inside Maisto's corporate box, the Beanstalk pickup is true 1:18 scale and also has four opening cab doors.

The biggest kicker is that the picture shown above is of a pair of models I actually purchased last year on eBay (seller's photo, not mine). A mistake by eBay's systems in processing the order caused the models to be shipped to a friend's former address in Pennsylvania, where the package was presumably stolen off the doorstep and has never been recovered. I have not seen a blue Beanstalk F-150 Lariat come up for sale since.

If anyone reading this post has one in good condition that you'd be willing to sell, please get in touch with me.